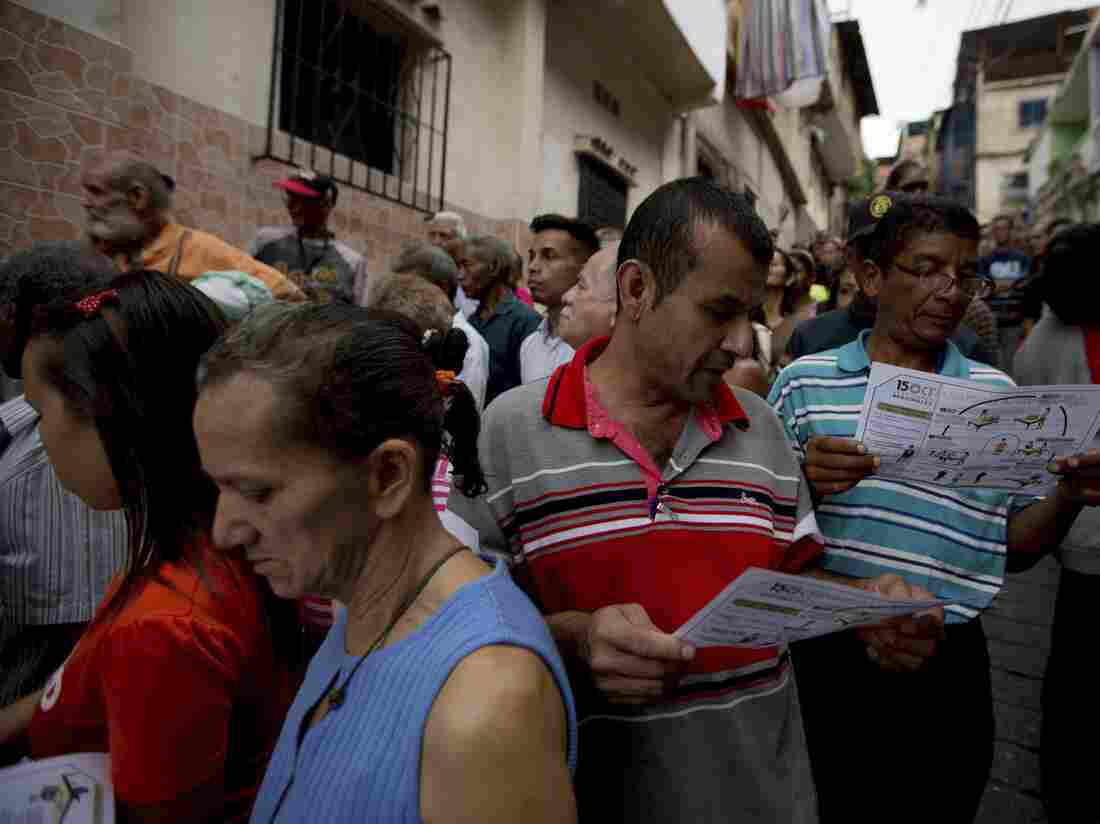 People read voting instruction as they wait to cast their ballots for regional elections outside a polling station in Caracas, Venezuela, on Sunday. Fernando Llano/AP hide caption 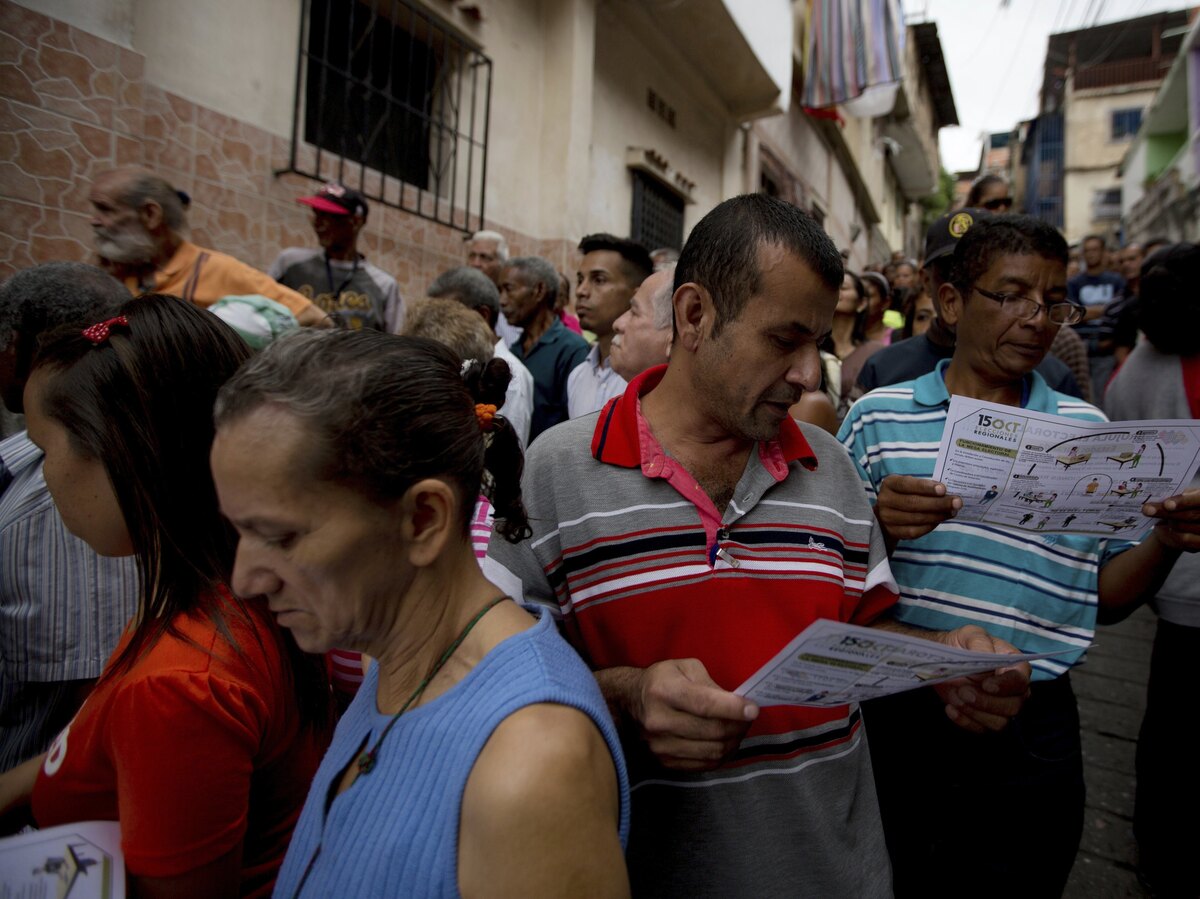 People read voting instruction as they wait to cast their ballots for regional elections outside a polling station in Caracas, Venezuela, on Sunday.

Candidates in Venezuela aligned with the movement founded by the late President Hugo Chavez have claimed most of the country's governorships, despite projections that the opposition would win. The results were likely to result in fresh unrest in the troubled nation.

Reporting from Caracas, NPR's Philip Reeves says: "Polls said Venezuela's opposition were going to be big winners in these elections. Instead, the ruling socialist party are now celebrating what Maduro calls 'a decisive victory,' after taking 17 of the country's 23 state governorships."

Opposition politicians are refusing to recognize the results of the poll, Philip reports.

Venezuelan Protests Simmer, But The 'Resistance' Is Still Alive

"Maduro's critics want to know how his unpopular government secured this outcome amid an economic crisis that's produced chronic shortages of food and medicine and the collapse of the currency," he says.

The results were announced late Sunday by Tibisay Lucena, president of the National Election Council.

"An hour before results were announced late Sunday, the opposition's command centers had been filled with smiles and jubilation. Leader Ramon Guillermo Aveledo told a room filled with journalists and supporters that while he couldn't share the preliminary results, they showed a victory of "historic dimensions" for the Venezuelan people."

But shortly before [Lucena] ... declared the results, opposition mayor Gerardo Blyde came out to warn that leaders believed the official count would be off."

In July, Maduro called a referendum on rewriting the country's constitution in a way that would give him near-dictatorial powers. The referendum easily passed despite an unofficial vote held earlier by the opposition that overwhelmingly rejected the changes.

Washington responded to the vote by leveling a new round of sanctions on Maduro, freezing his U.S. assets and prohibiting U.S. citizens from having any dealings with him.

"The regional elections were originally scheduled to take place last December, but the electoral council postponed the vote after polls indicated socialist candidates were widely slated to lose. They were repeatedly delayed for a variety of reasons, including a requirement for political parties to "renew" their status with electoral authorities."