Accessibility links
Texas Trucker Pleads Guilty To Smuggling Of Undocumented Immigrants : The Two-Way Federal authorities say the case is a "glaring reminder" of the dangers of human smuggling across the Southern border. The driver is to be sentenced in January. 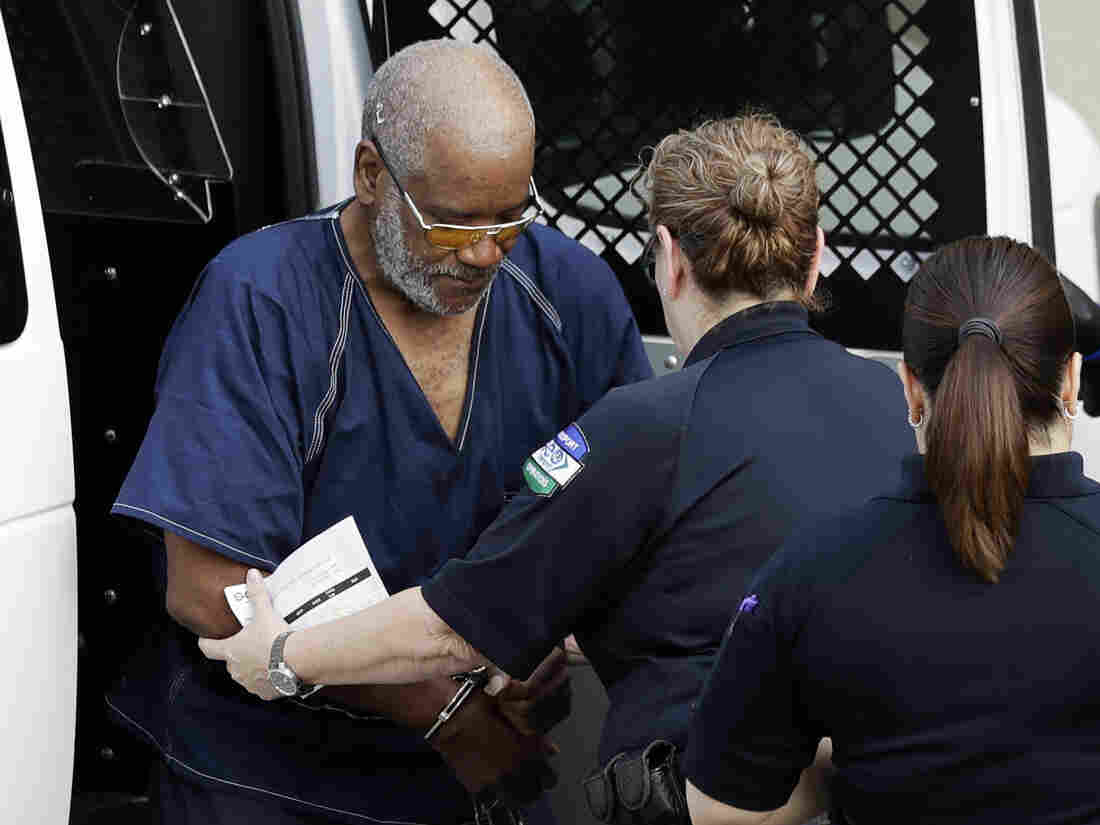 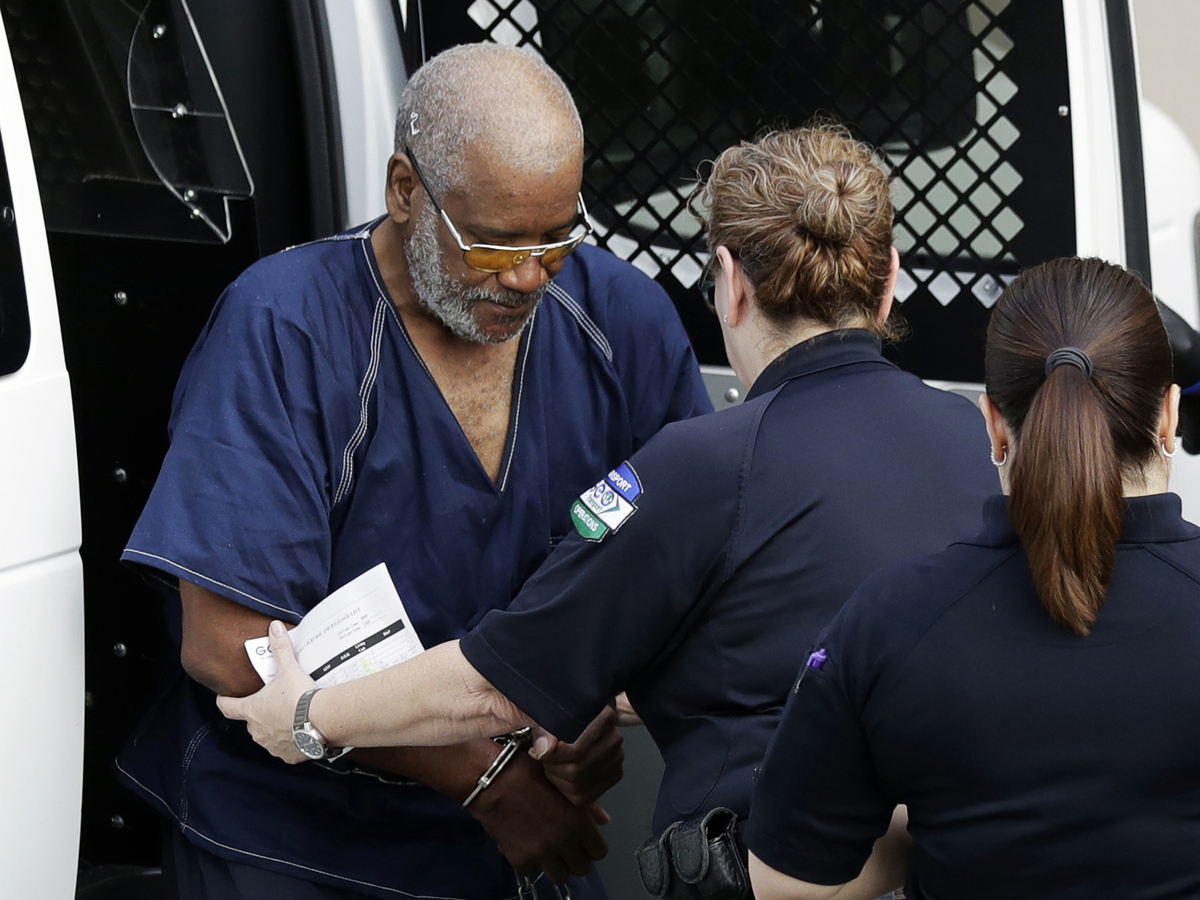 Truck driver James Matthew Bradley Jr. arrives at the federal courthouse for a hearing in San Antonio in July.

A 61-year-old truck driver has pleaded guilty to two counts of human smuggling leading to the deaths of 10 unauthorized immigrants in San Antonio earlier this year.

James Matthew Bradley Jr. pleaded guilty to one count of transporting aliens resulting in death and one count of conspiracy, according to a statement released by the U.S. attorney for the Western District of Texas. Bradley faces up to life in prison.

He was the driver of an 18-wheel tractor-trailer parked behind a Walmart store just after midnight in San Antonio on July 23. A police officer responding to a call by a Walmart employee found 39 immigrants at the scene, some standing, others lying in the rear of the trailer. Eight people died in the sweltering and airless trailer. Nearly 30 people were hospitalized, and two more people later died.

The immigrants told investigators that they estimate that at one point up to 200 people had been inside the trailer without food or water during transport. Investigators were unable to determine what happened to the scores of others who had been in the trailer.

Bradley initially told federal investigators that he didn't know what cargo he was carrying and only discovered the dying occupants after he had stopped for a bathroom break.

"Today's admission of guilt by Mr. Bradley helps to close the door on one of the conspirators responsible for causing the tragic loss of life and wreaking havoc on those who survived this horrific incident," said Shane M. Folden, special agent in charge, homeland security investigations in San Antonio, in the statement.

Folden called the incident a "glaring reminder that alien smugglers are driven by greed and have little regard for the health and well-being of their human cargo, which can prove to be a deadly combination."

A co-conspirator, 47-year-old Pedro Silva Segura, has been indicted on several counts including two counts of transporting undocumented aliens resulting in serious bodily injury and placing lives in jeopardy and two counts of conspiracy. Segura, described by authorities as a Laredo, Texas, man living in the U.S. without legal permission, was indicted last month.

Bradley will be sentenced in January 2018.