Accessibility links
'Now That She Has Been Killed, Who Will Ensure That Justice Will Prevail?' : The Two-Way The killing of Maltese reporter Daphne Caruana Galizia has drawn international condemnation. "My mother was assassinated," her son said. 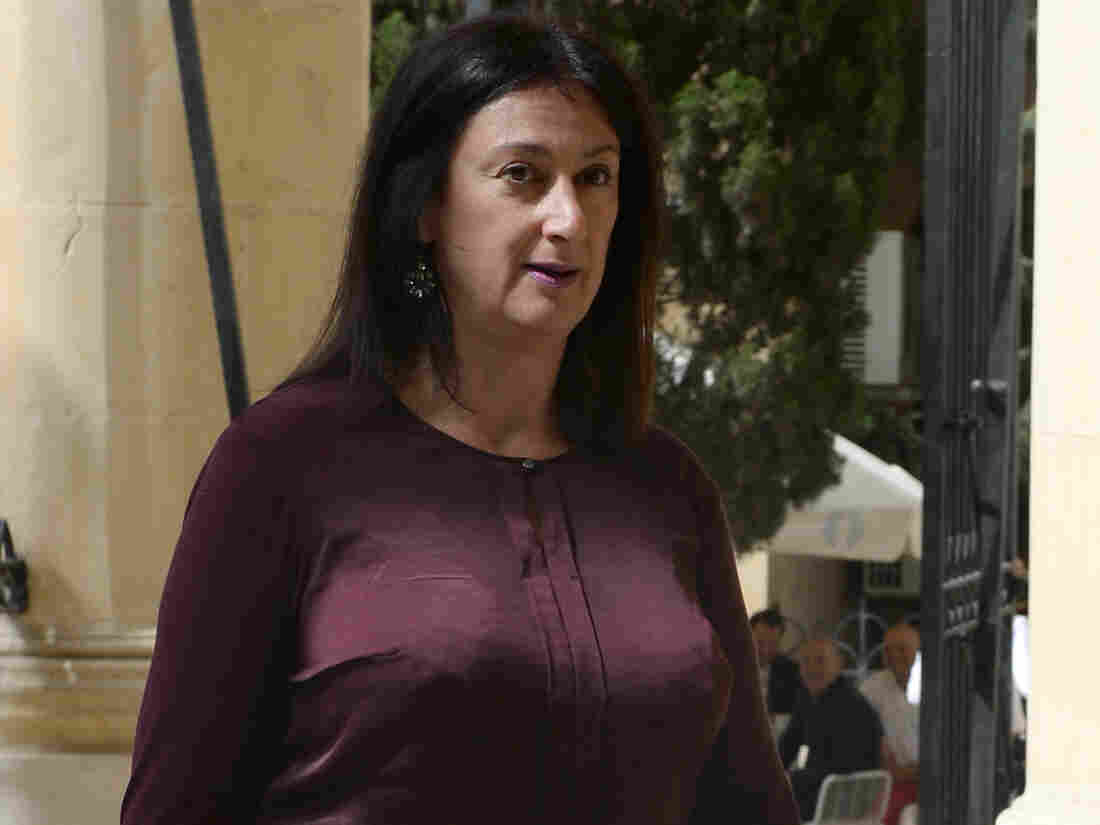 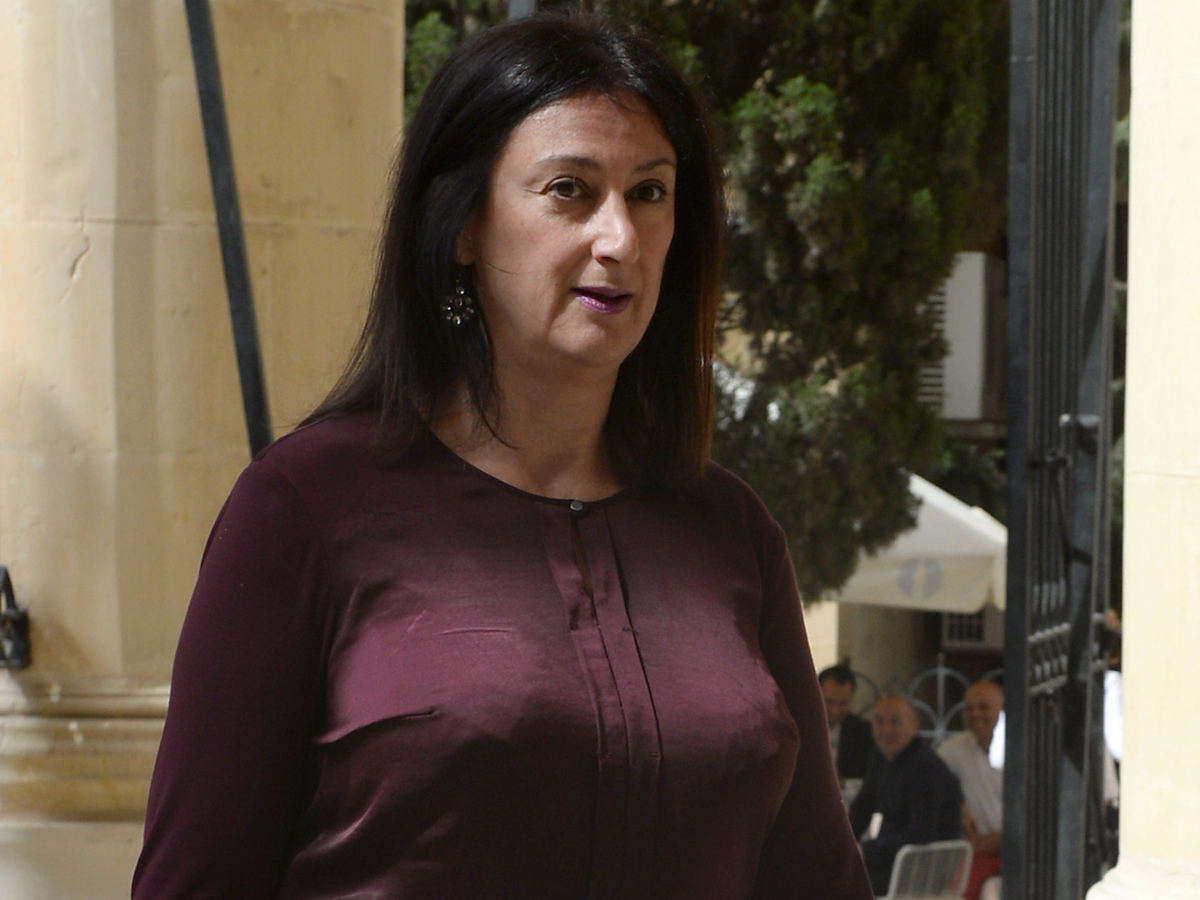 Daphne Caruana Galizia, seen earlier this year outside a courthouse in Malta. A car bomb killed the journalist Tuesday.

Not long after journalist Daphne Caruana Galizia pulled out of her home in northern Malta on Monday, her car erupted in a blast that sent her flying across a nearby field. The victim of an apparent car bombing, Caruana Galizia died immediately.

But the hard questions stirred by her murder — and by the journalism she left behind — are unlikely to fade as quickly as those flames.

"My mother was assassinated because she stood between the rule of law and those who sought to violate it, like many strong journalists," her son wrote on Facebook on Tuesday.

Matthew Caruana Galizia recounted those brutal moments immediately after the explosion, as he sprinted to the car only to find "my mother's body parts all around me."

"I am sorry for being graphic, but this is what war looks like, and you need to know," he added. "This was no ordinary murder and it was not tragic. Tragic is someone being run over by a bus. When there is blood and fire all around you, that's war. We are a people at war against the state and organised crime, which have become indistinguishable."

Daphne Caruana Galizia, a longtime columnist for the Malta Independent and prolific blogger, had spent more than a year perusing the documents included in the Panama Papers, a massive data leak that exposed the offshore bank accounts of politicians around the world. In the course of her investigations, Caruana Galizia accused several high-level Maltese officials of laundering kickbacks from wealthy Russians and Azerbaijani leaders — allegations those Maltese officials firmly denied.

Her reportage took aim even at the pinnacles of Maltese power: Earlier this year she reported that Michelle Muscat, wife of Malta's prime minister, secretly owned a mysterious company that had received more than $1 million from Azerbaijan.

The revelations were enough to prompt massive protests in the streets against corruption and persuade Prime Minister Joseph Muscat to call a general election in June, according to The Guardian. Muscat ultimately won that election and with it, a second term.

And all the while, the barb-tongued journalist's mythic stature only grew.

"There can't have been a soul in the country who didn't recognize her or have a (strong) opinion of her," a former colleague of Caruana Galizia's said Tuesday on Politico. "In the Venn diagram of Maltese media and politics, she was firmly in the middle."

Those strong opinions — both in her favor and against — were neither new nor always nonviolently expressed, as the Independent noted. The paper for which she wrote so many columns said Tuesday another attempt on her life had taken place 11 years ago, "when burning tyres were set against her [house's] door."

"She has left behind her a huge mountain of libel cases, all high-ranking, all important," the paper's editorial board wrote. "Now that she has been killed, who will ensure that justice will prevail? There must be at least some who would have been found not guilty at court. Who will now ensure these persons get their due? On the other hand, if what Daphne wrote was right, how will she be vindicated?" 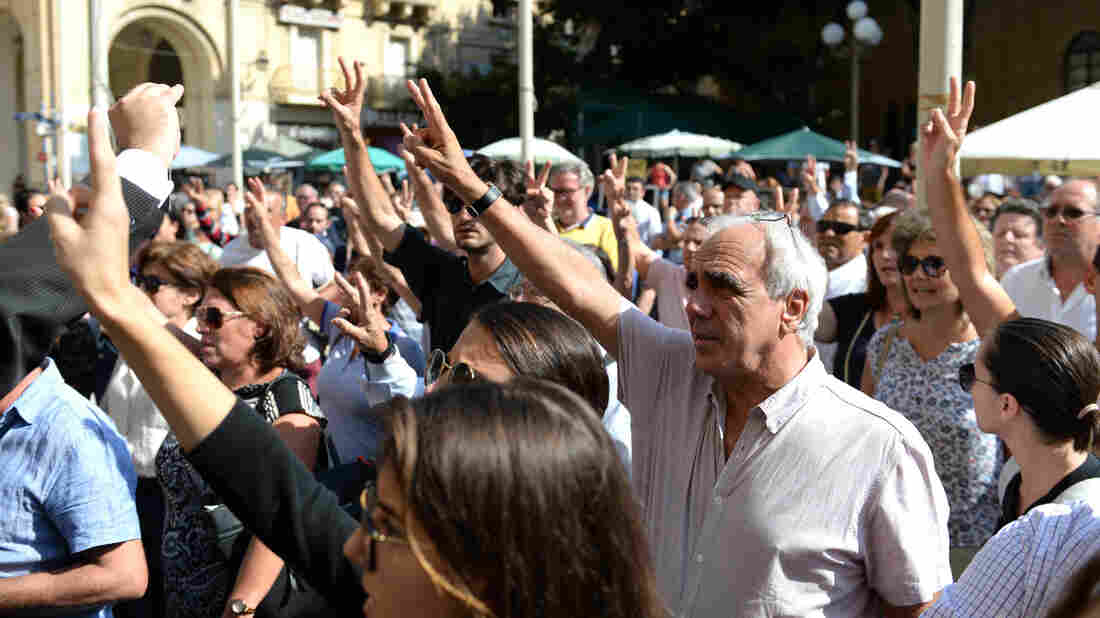 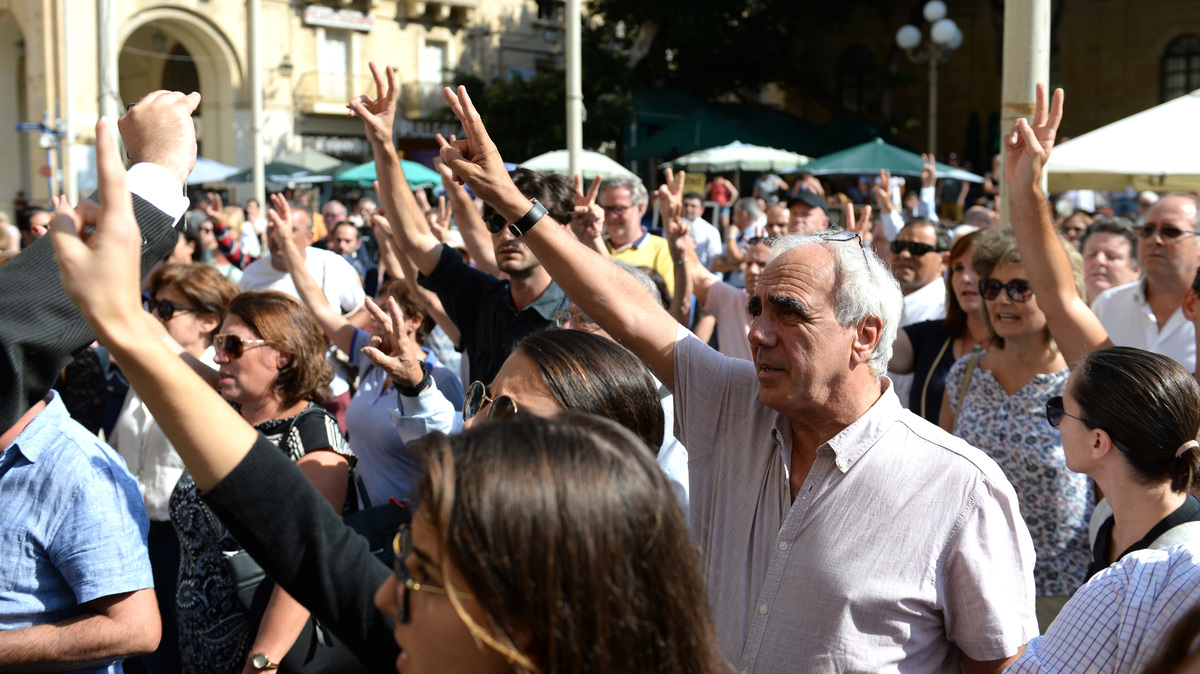 Authorities have launched an investigation into her murder and promised that "the FBI will fly experts to the island to help local police," in The Associated Press' words. Though, as the Independent added, "Daphne herself would probably not expect much from them."

Her son shares that skepticism.

"A culture of impunity has been allowed to flourish by the government in Malta," he wrote. "It is of little comfort for the Prime Minister of this country to say that he will 'not rest' until the perpetrators are found, when he heads a government that encouraged that same impunity."

It did little to assuage suspicion when a police sergeant posted on Facebook shortly after the murder: "Everyone gets what they deserve, cow dung! Feeling happy :)" The officer reportedly was suspended and placed under investigation after he made the comment.

The European Commission is "horrified" by Caruana Galizia's killing and trusts "that justice will be brought, even if this will be not enough to right this wrong," spokesman Margaritis Schinas said Tuesday.

We are horrified and we condemn the attack on Maltese investigative journalist Daphne Caruana Galizia in the strongest possible way. pic.twitter.com/e8GcEYbnD7

"The right of a journalist to investigate, ask uncomfortable questions and report effectively is at the heart of our values and needs to be guaranteed at all times," he said.

Caruana Galizia, in her final post, did not ask an uncomfortable question. Instead, she offered a shot across the bow for a country she cast as rife with corruption.

"There are crooks everywhere you look now," she ended her last post, published shortly before her death. "The situation is desperate."