Accessibility links
Veterans, Survivors' Groups Try To Shift The Conversation On Condolences : The Two-Way "There is the feeling that all of this is diminishing our national character," one support group wrote, as a political debate unfolds over calls to the families of soldiers who died in combat.

Veterans, Survivors' Groups Try To Shift The Conversation On Condolences

Veterans, Survivors' Groups Try To Shift The Conversation On Condolences 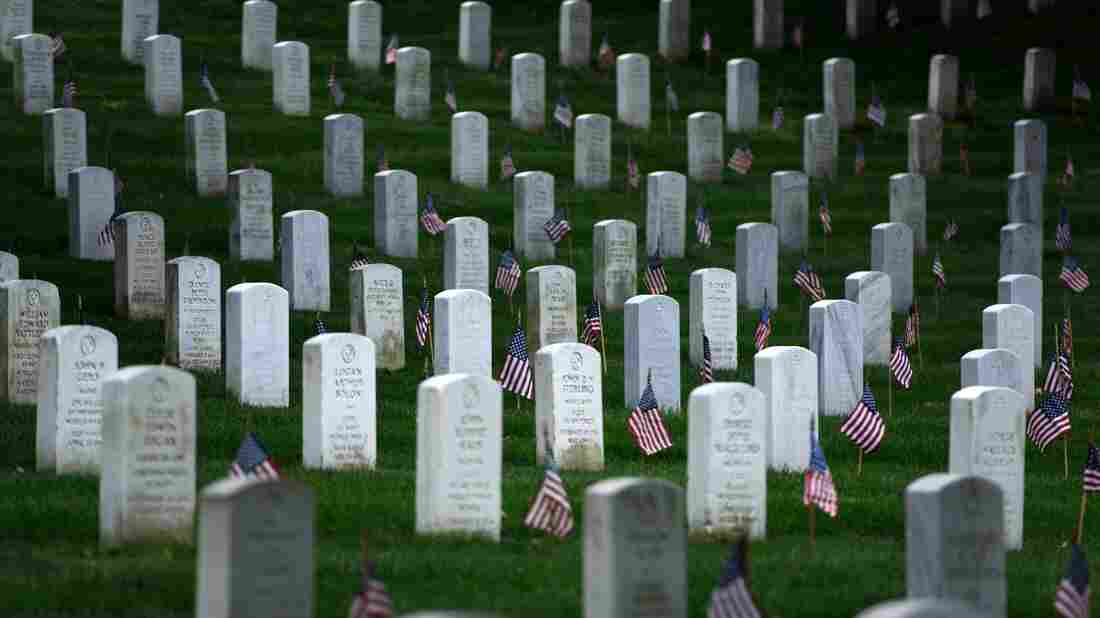 American flags are placed at graves at Arlington National Cemetery in Virginia on May 25, in preparation for Memorial Day. Brendan Smialowski/AFP/Getty Images hide caption 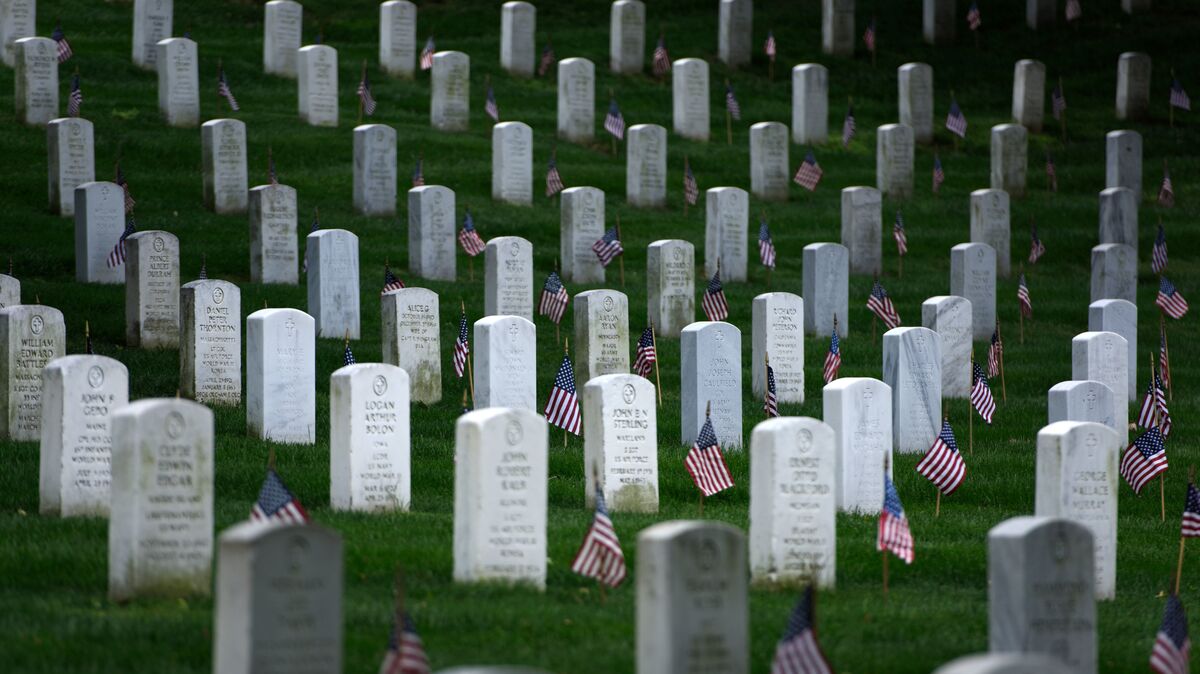 American flags are placed at graves at Arlington National Cemetery in Virginia on May 25, in preparation for Memorial Day.

Four American soldiers were killed in action in Niger this month.

Their deaths made a few headlines at the time. But this week they are in the news again, with far more prominence, because of a bitter political debate over presidential condolence calls.

The sudden prominence of the soldiers' deaths — but in a way that highlights political tension and factual disputes, rather than honoring of sacrifice — has left some military advocates struggling for words and striving to redirect attention back to the original loss.

Or, as one organization put it on Facebook, to "remind many that there are actual families behind these headlines."

The political fight over condolence calls has now stretched on for three days. If you haven't seen the cable news chatter or boldface headlines, President Trump claimed previous administrations "didn't make calls" to the families of fallen soldiers, which is false. The White House is now denying reports that the president told one widow her husband "must have known what he signed up for." And anonymous sources and talking heads are vociferously debating what protocol is in these situations, as well as what actually happened.

"I'm in a little bit of disbelief, honestly," Allison Jaslow, an Army veteran and the executive director of the Iraq and Afghanistan Veterans of America, told NPR.

She used the words "somber" and "sacred" to describe the way a fallen service member is usually honored. As for the conversation happening now — not only in the White House, but in the country as a whole — "it's almost hard to put into words," Jaslow said.

"It's a difficult experience not just, of course, for the families ... but for our entire community, to see the politicization that's happening around these unfortunate deaths," she says. That politicization comes "on both sides of the aisle."

Jaslow said there are still questions about what actually happened in Niger that led to the soldiers' deaths, which are almost entirely left out of the current national conversation. And then there are other soldiers' deaths, including in Iraq and Afghanistan, that go unnoticed, even as Trump's condolence calls make headlines.

"It's becoming an all-too-regular occurrence that members of the military ... are being used as political shields," she says. "And I think that that's one of the things that we really need to step back, hopefully when the dust settles soon on this, and really reflect about as a country."

I hope we have collective disappointment at the politics around it and how we found ourselves here.

She said she was glad people were discussing the families of the fallen at all. "But," she said, "I hope we have collective disappointment at the politics around it and how we found ourselves here."

A representative of the American Legion told NPR that "each president addresses service member deaths differently. We oppose the politicization of any Gold Star family's loss by any person, party or organization." A spokesman for the Veterans of Foreign Wars said the group "respects the private conversations between every president and the families of fallen service members."

The Tragedy Assistance Program for Survivors — a national organization serving the loved ones of service members who have died — issued a statement that called on everyday Americans to reach out to support grieving families.

The statement included America's most famous condolence letter, President Lincoln's 1864 letter to Lydia Bixby, a Boston widow who was believed to have lost five sons in the Civil War. The letter reads in part:

"I feel how weak and fruitless must be any word of mine which should attempt to beguile you from the grief of a loss so overwhelming. But I cannot refrain from tendering you the consolation that may be found in the thanks of the Republic they died to save.

"I pray that our Heavenly Father may assuage the anguish of your bereavement, and leave you only the cherished memory of the loved and lost, and the solemn pride that must be yours to have laid so costly a sacrifice upon the altar of freedom."

"While there is no one way to acknowledge the death, what is important for the family is that the President acknowledges the life and service of their loved one, and expresses gratitude on behalf of the nation," TAPS President Bonnie Carroll writes in the statement. "We can all follow his example and support these families as they grieve."

"From our perspective," Carroll told NPR, "this has sparked a conversation about how to support all those who are grieving a loss — what is the right way to come alongside a bereaved person and offer compassion and care."

From our perspective, this has sparked a conversation about how to support all those who are grieving a loss.

When commenters on the TAPS Facebook page criticized or defended individual presidents, or accused the group of taking a political stance, the TAPS communication team responded, again and again, to direct attention away from any individual president and back toward grieving families.

The group wanted fallen soldiers' families "to just feel comfort in times like this [without] the worry of being caught in the middle of a political spin cycle," the team wrote in one comment. "It is our hope ... that our words help focus everyone back to what matters — in this case caring for those grieving."

"There is the feeling that all of this" — that is, the entire dispute — "is diminishing our national character," they continued. "Maybe that's why it matters even more now we speak up when a topic trends our way and try as leaders in that topic to offer positive aspects and resources. This is grief. It's called loss for a reason, because there are no winners."