Accessibility links
Olympic Gymnast McKayla Maroney Says She Was Molested For Years By Team Doctor : The Two-Way The gold medalist says Dr. Larry Nassar claimed he was giving her "medically necessary treatment." She says the abuse began on a team trip when she was 13 years old. 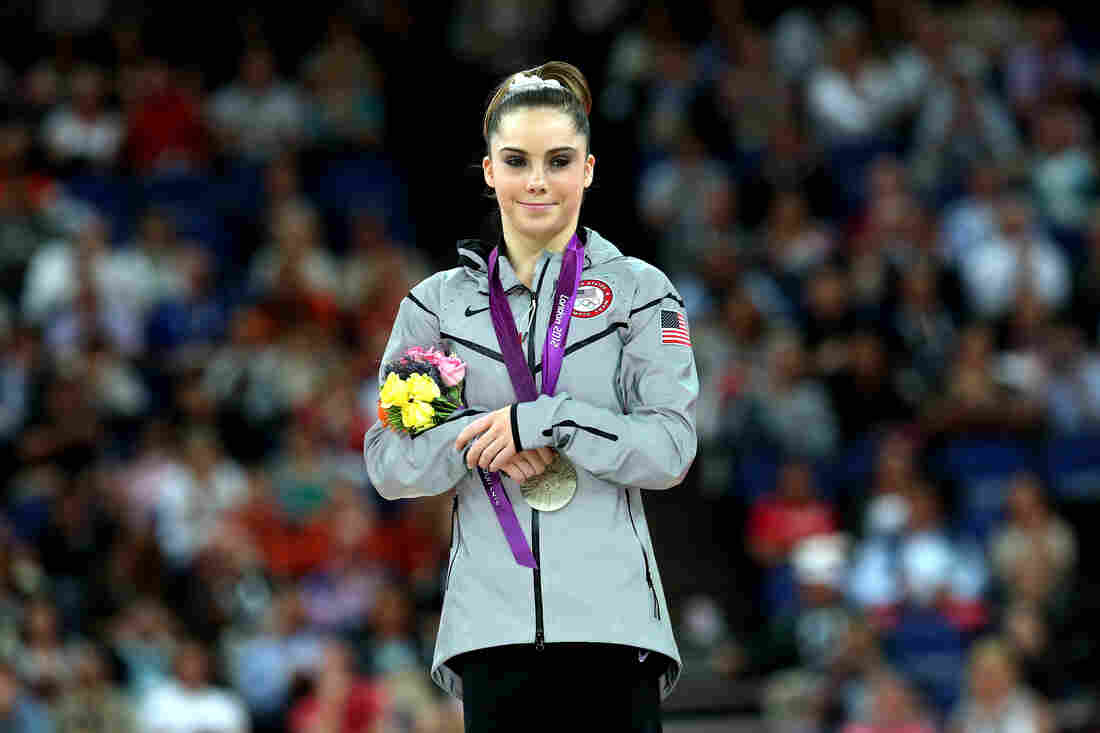 McKayla Maroney stands on the podium at the 2012 Olympic Games in London. She says a team doctor molested her for years, including during the Olympics. Ronald Martinez/Getty Images hide caption 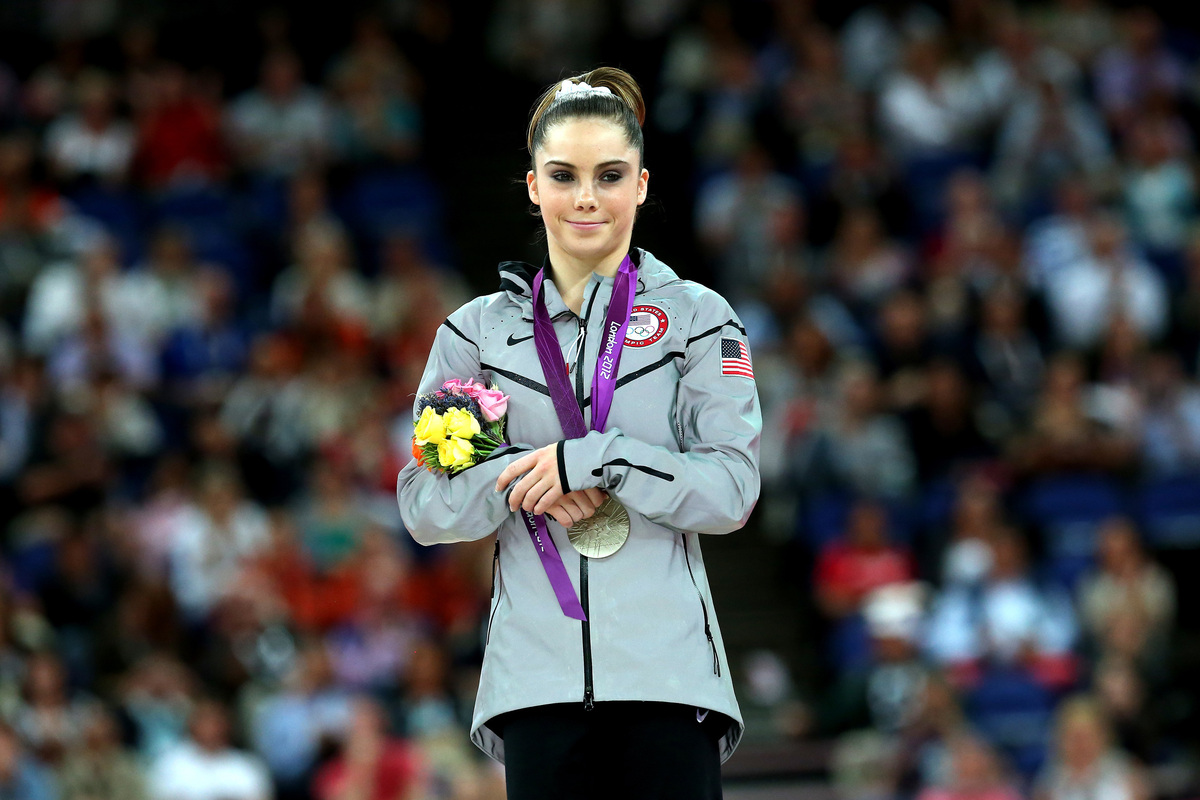 McKayla Maroney stands on the podium at the 2012 Olympic Games in London. She says a team doctor molested her for years, including during the Olympics.

As women around the world tell their stories of sexual harassment and assault using the phrase "#MeToo," one prominent voice added her own harrowing account.

McKayla Maroney, a member of the U.S. women's gymnastics team that won gold at the 2012 Olympics in London, says she was abused for years by former USA Gymnastics team doctor Larry Nassar.

"I had a dream to go to the Olympics," she writes in a statement posted to Twitter, "and the things that I had to endure to get there, were unnecessary, and disgusting."

"Dr. Nassar told me that I was receiving 'medically necessary treatment that he had been performing on patients for over 30 years,' " she writes. "It started when I was 13 years old, at one of my first National Team training camps, in Texas, and it didn't end until I left the sport." She says the abuse continued in London during the 2012 games. 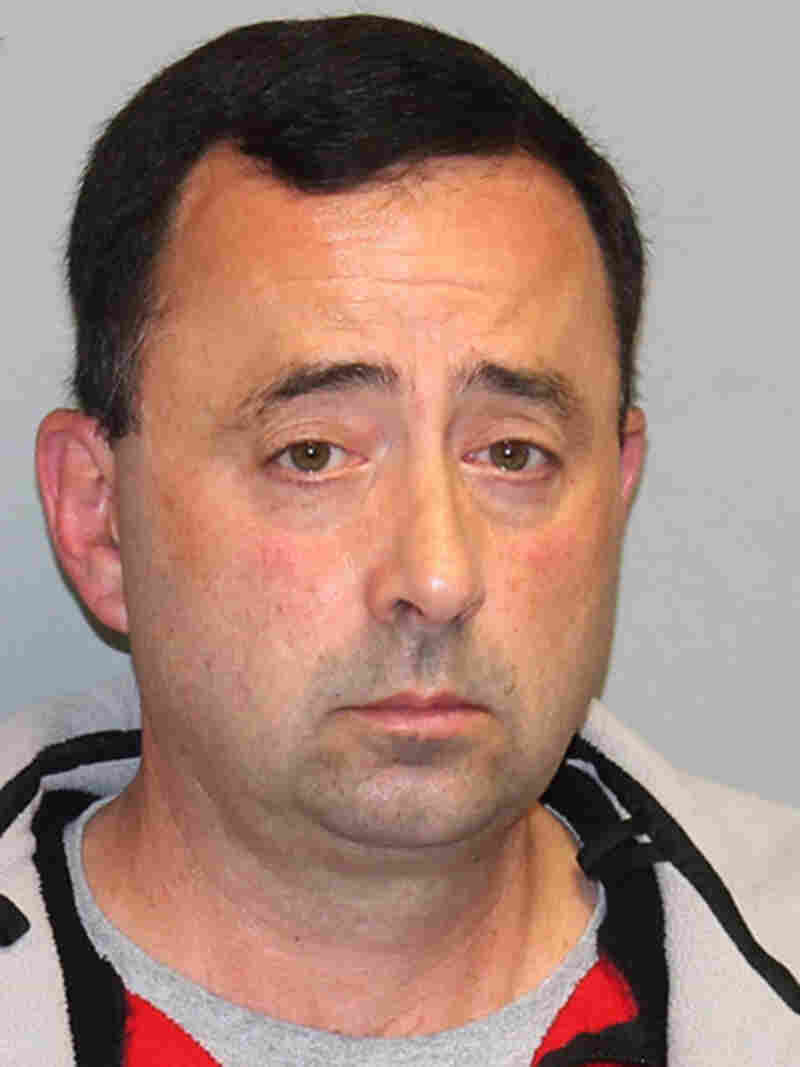 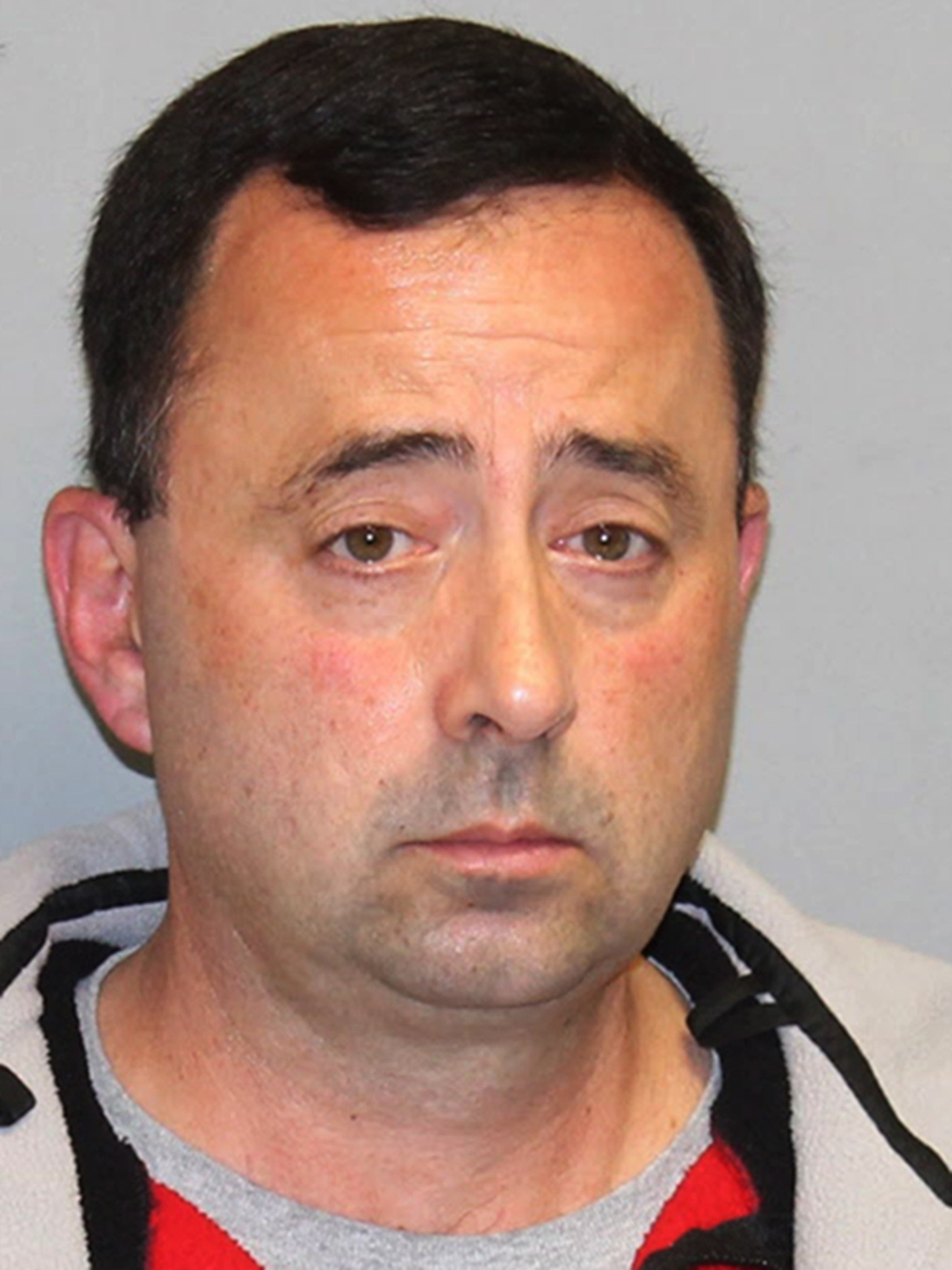 Maroney says the scariest night of her life happened when she was 15 years old, when the team traveled to Tokyo. She says Nassar gave her a sleeping pill to help her sleep on the flight, and when she awoke she was alone with him in his hotel room, "getting a 'treatment.' " She does not describe his specific actions.

"I thought I was going to die that night," she writes.

Maroney retired from gymnastics in 2016, at age 20. She sprang to fame with strong routines at the 2012 Olympics, and her look of dissatisfaction at her silver medal performance in the vault final gave rise to the "McKayla is not impressed" meme.

Her story of molestation by Nassar echoes the accounts of many others. More than 125 women have sued the former team doctor, alleging abuse.

Attorneys representing Nassar had no comment on Maroney's accusations.

In July, Nassar pleaded guilty in federal court to three counts related to child pornography, for which he could be sentenced to 22 to 27 years in prison. Sentencing in that case is scheduled for Dec. 7, the same week as jury selection in his trial on state charges in Michigan.

He has pleaded not guilty to the assault charges; many of the civil charges are in mediation, according to The Associated Press.

Maroney's accusation against Nassar comes amid sweeping allegations of sexual harassment and misconduct by film executive Harvey Weinstein and others. She says she wants people to know that the problems are not only in Hollywood.

"Things have to change," Maroney writes, and she has some suggestions for how to make that happen:

"One: Speaking out, and bringing awareness to the abuse that is happening.

"Two: People, Institutions, Organizations, especially those in positions of power, etc. need to be held accountable for their inappropriate actions and behavior.

"Three: Educate, and prevent, no matter the cost.

"Four: Have zero tolerance for abusers and those who protect them."

She ends with one more piece of advice: "remember, it's never too late to speak up."