Accessibility links
Ousted Pakistani Premier Nawaz Sharif Indicted On Corruption Charges : The Two-Way The former prime minister, who resigned after being disqualified from office in July, has pleaded not guilty along with his daughter and son-in-law in connection with the so-called Panama Papers. 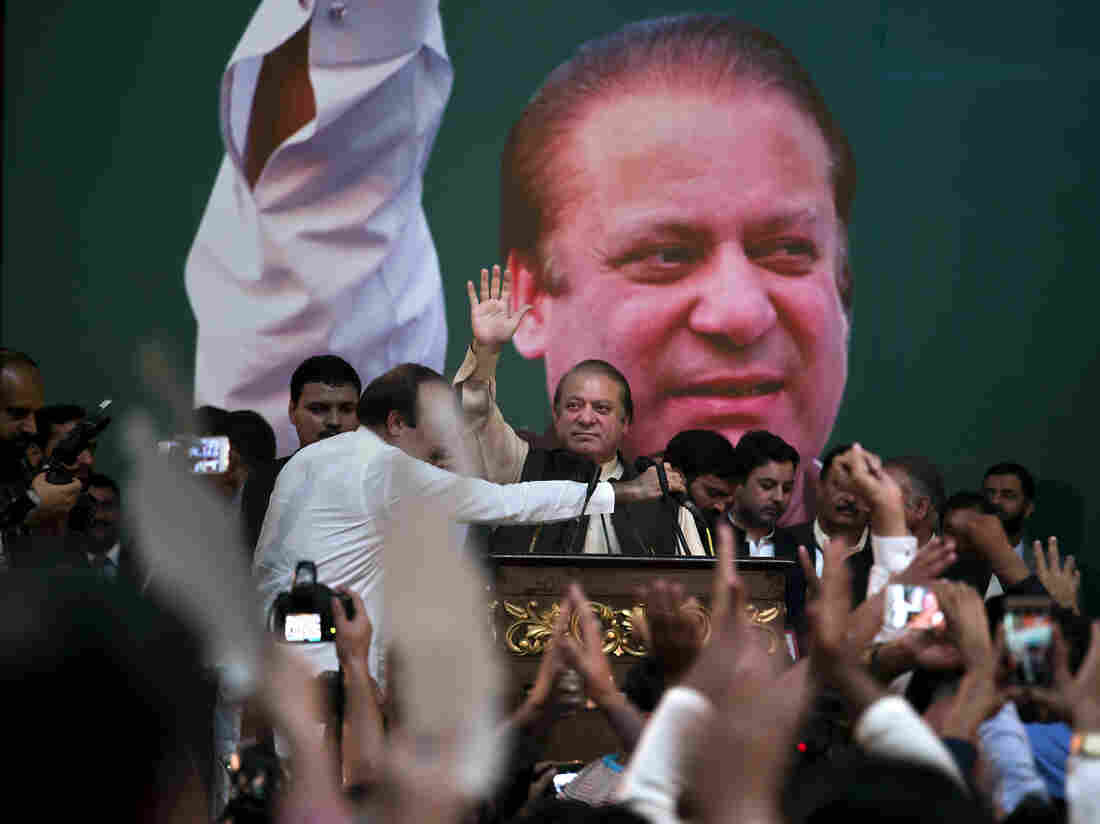 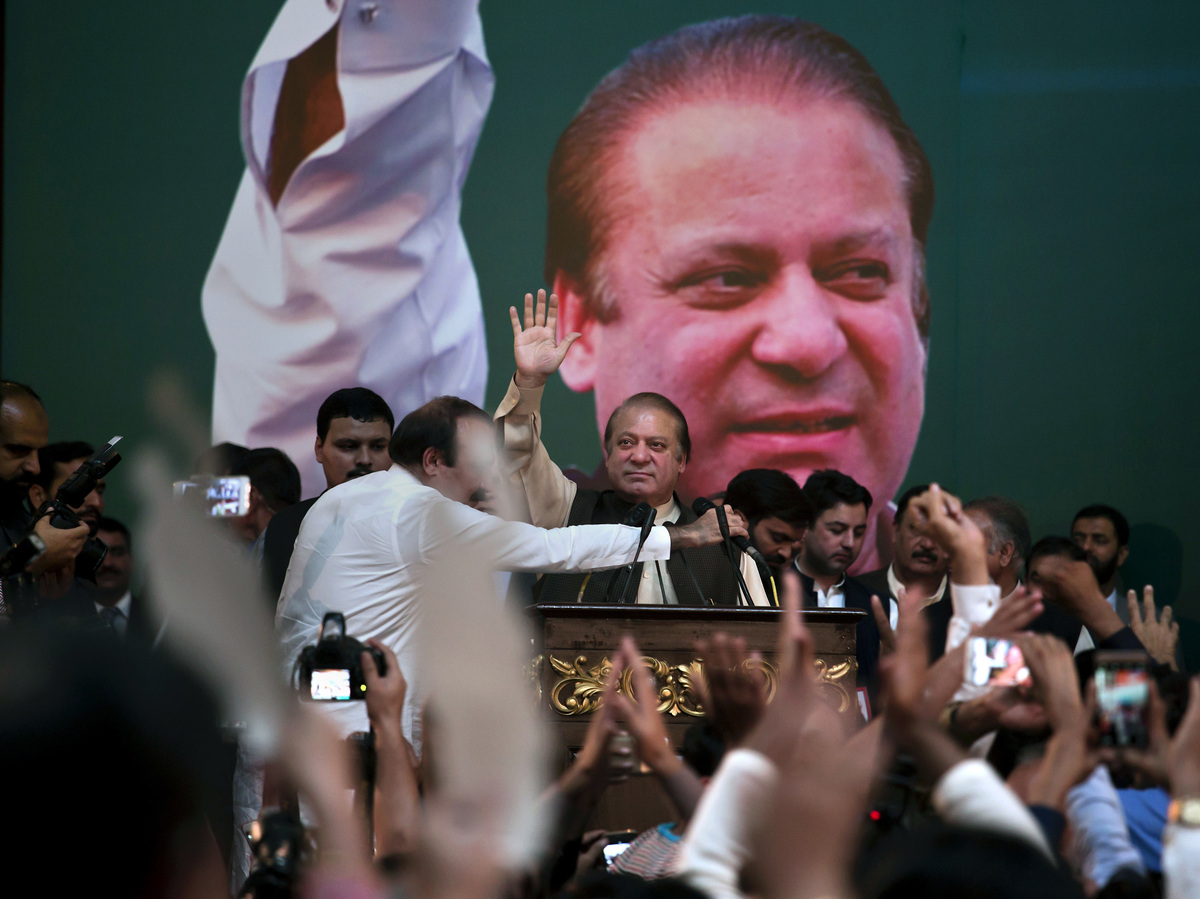 An anti-corruption court in Pakistan has indicted ousted Prime Minister Nawaz Sharif, his daughter and son-in-law, in connection with leaks last year that appeared to show his family owned offshore shell companies they used for the secret purchase of high-value London real estate.

The Associated Press says "a lawyer for Sharif, who is currently in London, where his wife is receiving medical treatment, entered a plea of not guilty. The former prime minister's daughter, Maryam Sharif, and her husband, Mohammad Safdar, attended the hearing and also pleaded not guilty."

Sharif, 67, resigned as prime minister in July after the country's Supreme Court disqualified him from office for being unable to account for assets that are "disproportionate to his known means of income."

The anti-graft court's indictment follow months of investigations and hearings by the National Accountability Bureau into Sharif family finances uncovered in "a trove of documents leaked from a Panama law firm that investigators say showed the family held unreported assets overseas," according to the AP.

The Sharif family has denied any wrongdoing.

As NPR's Bill Chappell reported in July, "The Panama Papers comprised some 11.5 million internal files from a Panamanian law firm that were leaked to German media. Many of the records lay out the ways wealthy and powerful people hide their money — including the offshore accounts of 140 politicians and public officials."

NPR's Hannah Bloch writes: "Sharif now holds the dubious distinction of being removed, in turn, by his country's president (in 1993), its military (in 1999) and its highest court. But ousted prime ministers are the norm in Pakistan. In the country's 70-year history, none of its elected leaders has ever succeeded in completing a five-year term."

Despite his ouster, Sharif has remained head of the ruling Pakistan Muslim League party.