Accessibility links
Iditarod Sled Dogs Test Positive For Banned Substance : The Two-Way At the end of this year's annual run to Nome, Alaska, several dogs from a single team tested positive for a banned painkiller, the race board says. 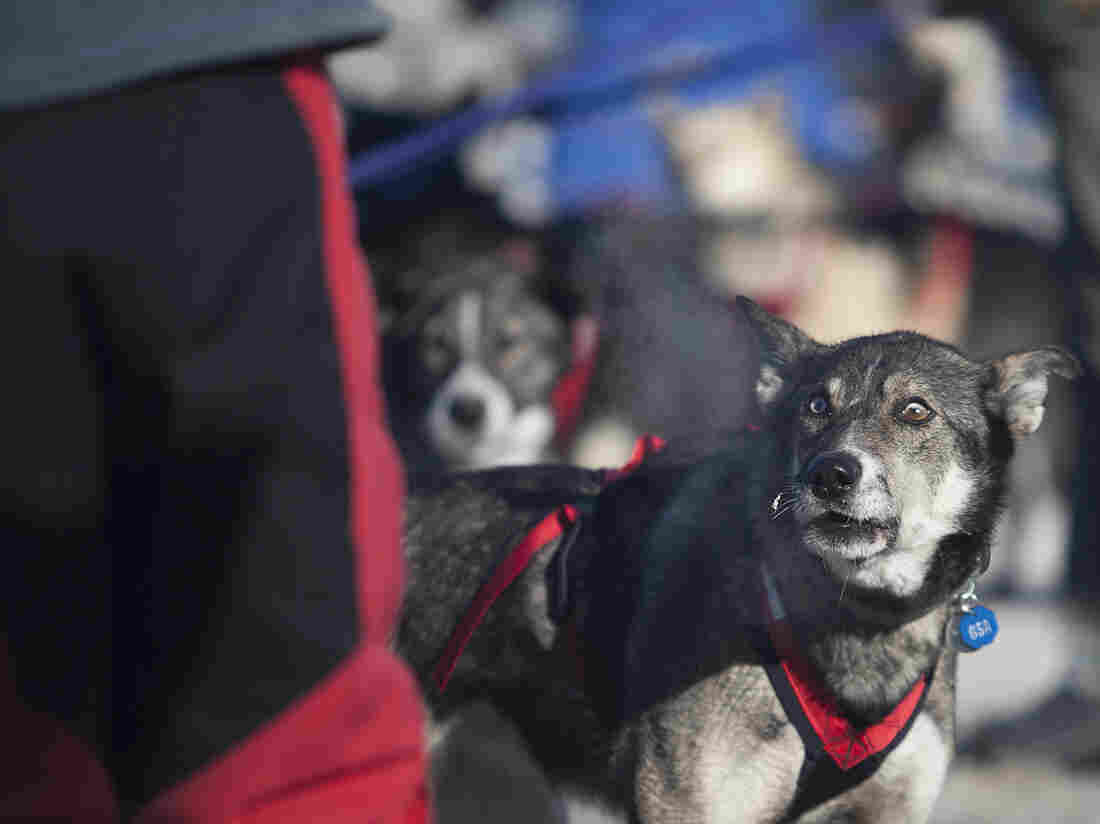 After the 45th Iditarod Trail Sled Dog Race in March, the race board says, several dogs from a single team tested positive for a banned substance. Ellamarie Quimby/AP hide caption 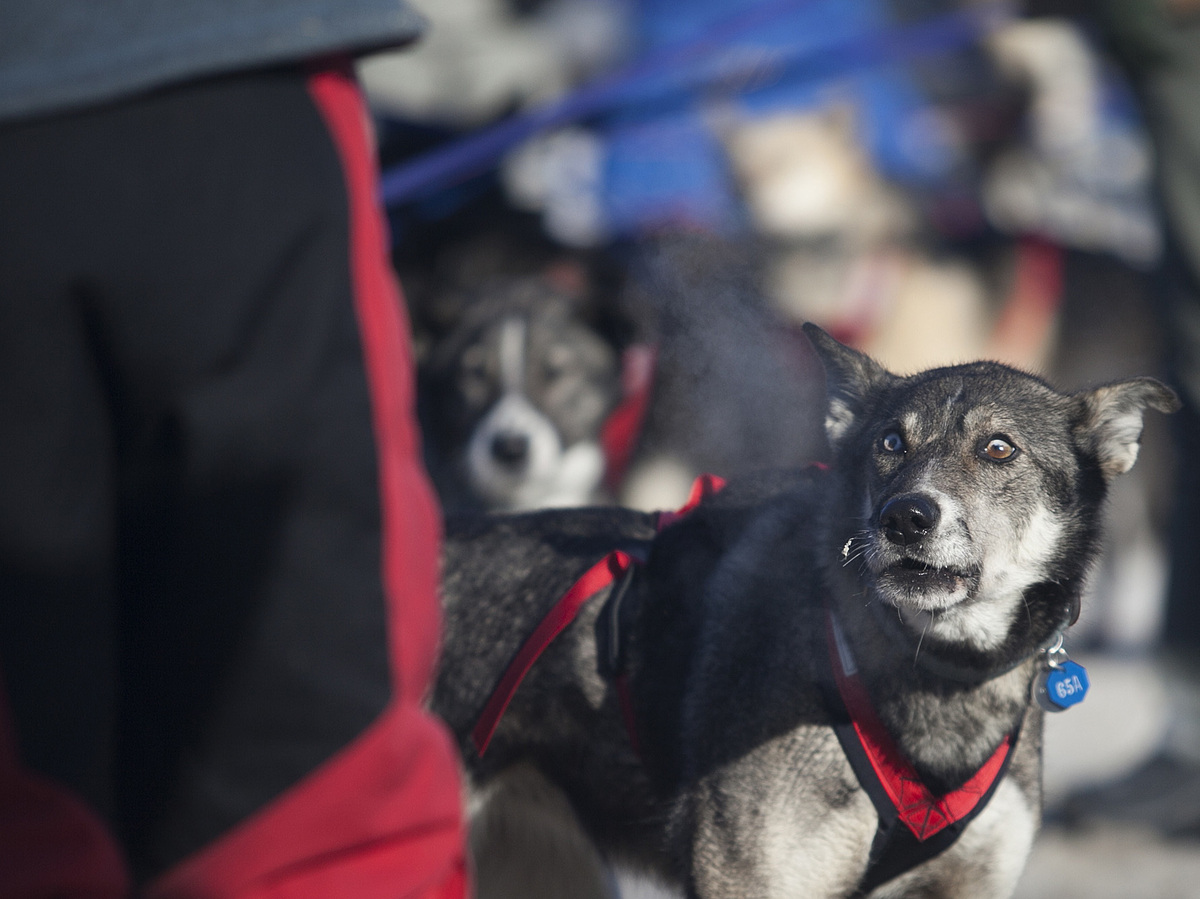 After the 45th Iditarod Trail Sled Dog Race in March, the race board says, several dogs from a single team tested positive for a banned substance.

It's not your ordinary sports doping scandal: Some dogs who mushed this year's Iditarod Trail Sled Dog Race have tested positive for the opioid pain reliever tramadol, the event's governing board said Wednesday.

The Iditarod Trail Committee Board of Directors, which oversees the nearly 1,000-mile race, says that when dogs were tested six hours after finishing in Nome, Alaska, in March, several from one team came back positive for the drug. It is the first positive result since Iditarod testing for prohibited substances began in 1994, officials said.

The board announced last week that "a prohibited substance" had been found in some of the dogs. The latest information clarifies that it was tramadol.

The Associated Press reports that investigators estimate the drug could have been administered up to 15 hours before the test.

The grueling Iditarod is hard on mushers but harder still on the dogs, with the canines up against subzero temperatures, blizzards and rough terrain. As GearJunkie notes: "Those obstacles, coupled with significant prize money and sponsorships, also build incentives to cheat."

How To Win The Iditarod, Alaska's 1,000-Mile Sled Dog Race

AP quotes Iditarod Board member Aaron Burmeister as saying all the dogs that tested positive were from the same team, but he said he doesn't know the identity of the musher. He says only the first 20 teams to finish are tested.

"It's not a good situation," Burmeister, who is himself a musher, but didn't compete in this year's race, tells the AP. "I'm hoping that we can turn a positive light on it and the musher steps forward."

However, the Alaska Dispatch News quotes Iditarod spokesman Chas St. George as declining to name the musher in question over "legal concerns" and "confidentiality."

In last week's announcement, the board said it was revising the rules on doping by shifting the burden of proof from race officials to the mushers.

In future, mushers will be held accountable for a positive test unless they can prove the drugs were administered the drug outside their control. Previously, the rule could be interpreted so that race officials would need to prove the doping was intentional, AP says.