Accessibility links
President Of Rio's 2016 Olympic Bid Is Charged With Corruption : The Two-Way Former Brazilian Olympic Committee President Carlos Nuzman is charged with helping to run a criminal organization. The evidence includes undeclared assets in the form of 16 gold bars. 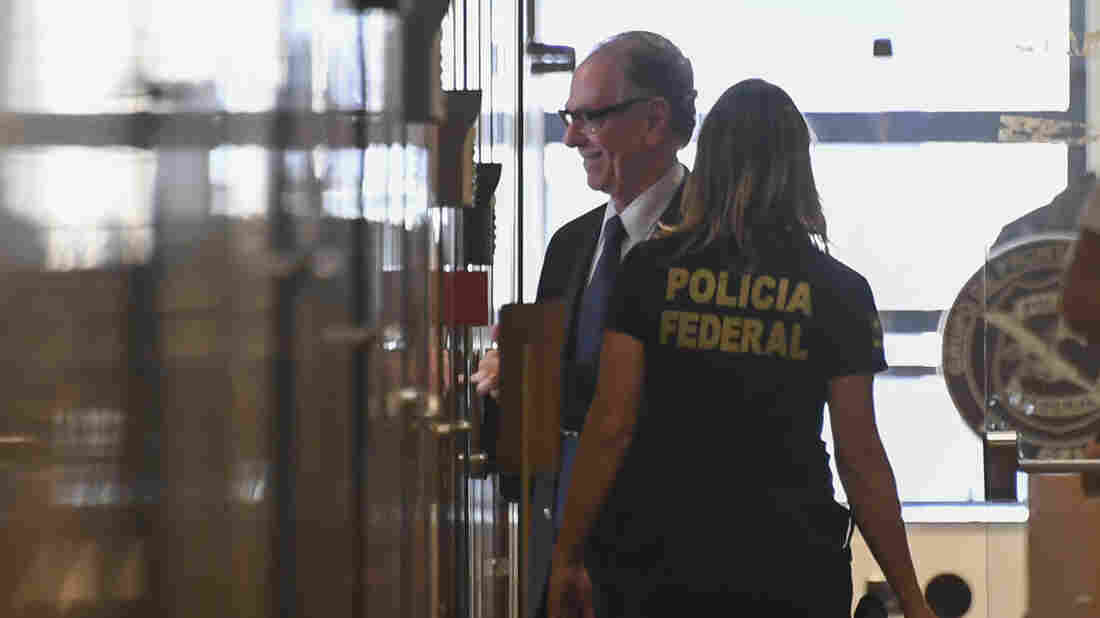 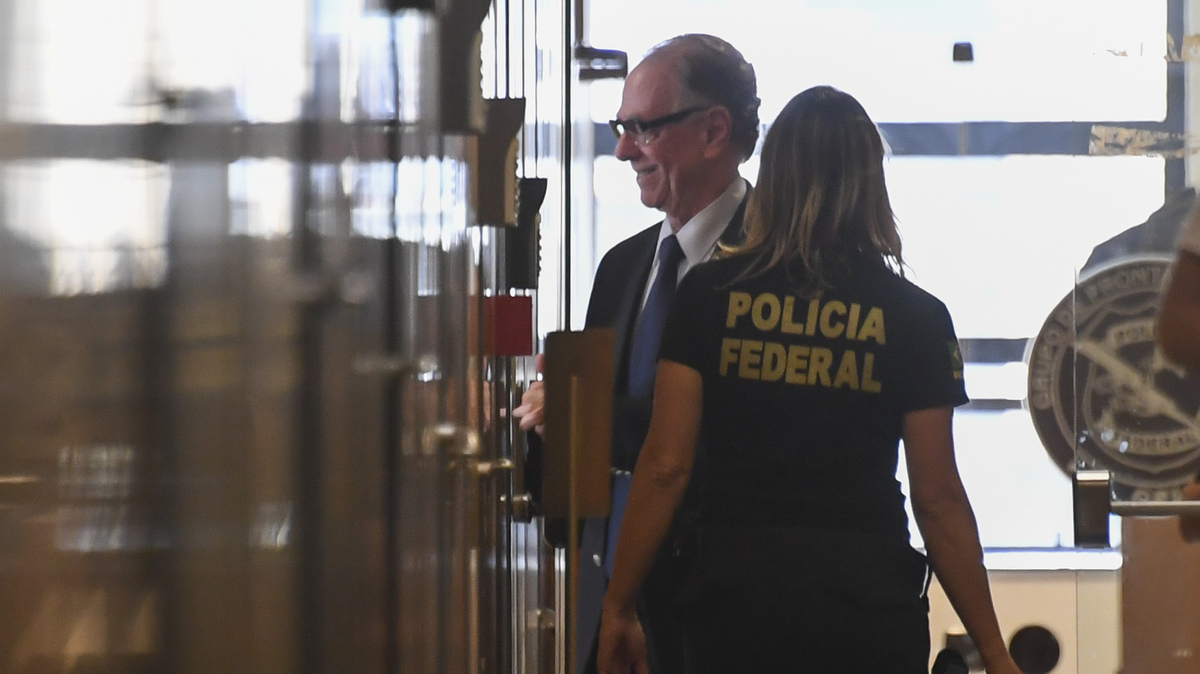 Brazil's Olympic Committee chief, Carlos Nuzman, resigned from his post after being arrested on Oct. 5. He's seen here coming to the Brazilian Federal Police building in Rio de Janeiro for questioning on Sept. 5.

Federal prosecutors in Brazil are charging former Brazilian Olympic Committee President Carlos Nuzman with helping to run a criminal organization and other crimes, in a scheme that paid for the votes that brought the Olympics to Rio de Janeiro last summer. The evidence includes undeclared assets in the form of 16 gold bars.

Nuzman was arrested on Oct. 5, prompting him to resign as president of Brazil's national Olympic committee. Prosecutors announced charges against him that range from corruption and money laundering to evading foreign currency laws.

From Rio, NPR's Philip Reeves reports for our Newscast unit:

"Brazilian and French authorities believe the 75-year-old was a key player in a scheme to channel $2 million to a former member of the International Olympics Committee — Lamine Diack from Senegal — to help ensure that Rio was elected as the venue for the games.

"They accuse Nuzman of having undeclared assets in Switzerland, including 16 gold bars, each weighing a kilo. Nuzman has denied any wrongdoing, and says he's been unjustly implicated in the scandal."

When Rio was chosen to host the 2016 Games, the city beat out rivals such Tokyo, Madrid, and Chicago. As NPR's Howard Berkes reported back in 2009, "Chicago garnered just 18 of 94 votes in the International Olympic Committee's selection process."

Before he was arrested this month, Nuzman had been an honorary member of the International Olympic Committee and a member of the coordination commission for the 2020 Olympic Games in Tokyo.

The IOC's executive board removed Nuzman from those roles. It also provisionally suspended the Brazilian Olympic Committee — with the clarification that the country's athletes can still participate in the upcoming Pyeongchang 2018 Winter Games.