Accessibility links
Taliban Attack Nearly Wipes Out Afghan Army Base : The Two-Way Just two Afghan soldiers at a base in Afghanistan's Kandahar province were left uninjured. At least 43 were killed. This week, more than 120 people were killed by the militant group. 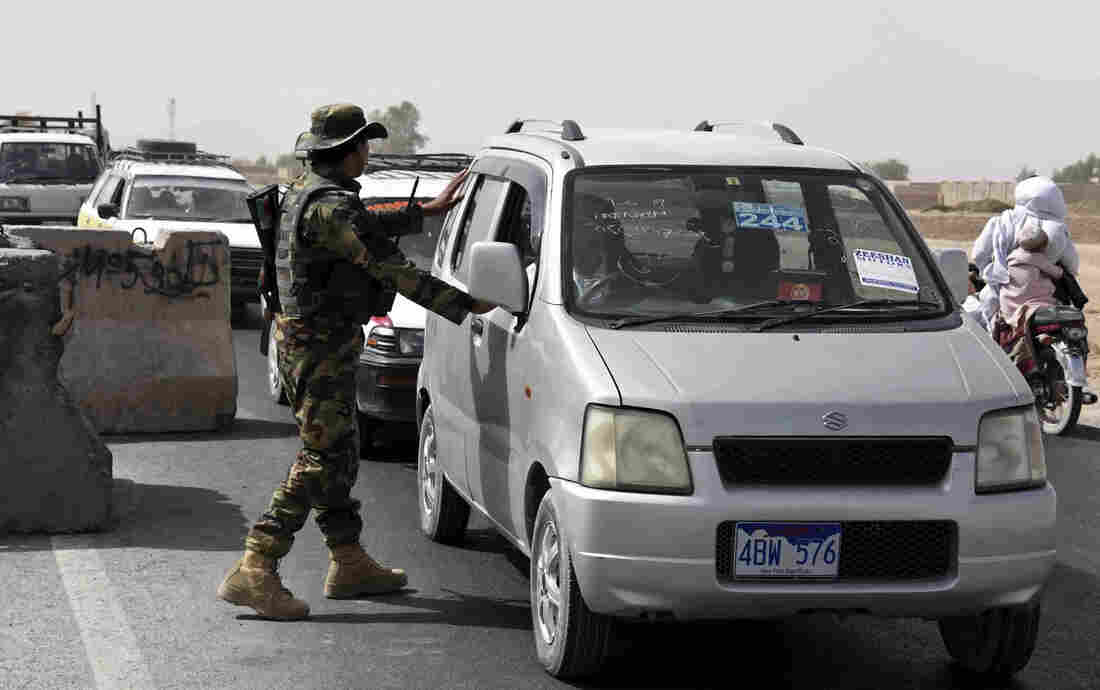 An Afghan National Army soldier searches a vehicle at a checkpoint in Kandahar, Afghanistan, Thursday on the way to the Maiwand army base, the site of the Taliban attack late Wednesday. Massoud Hossaini/AP hide caption 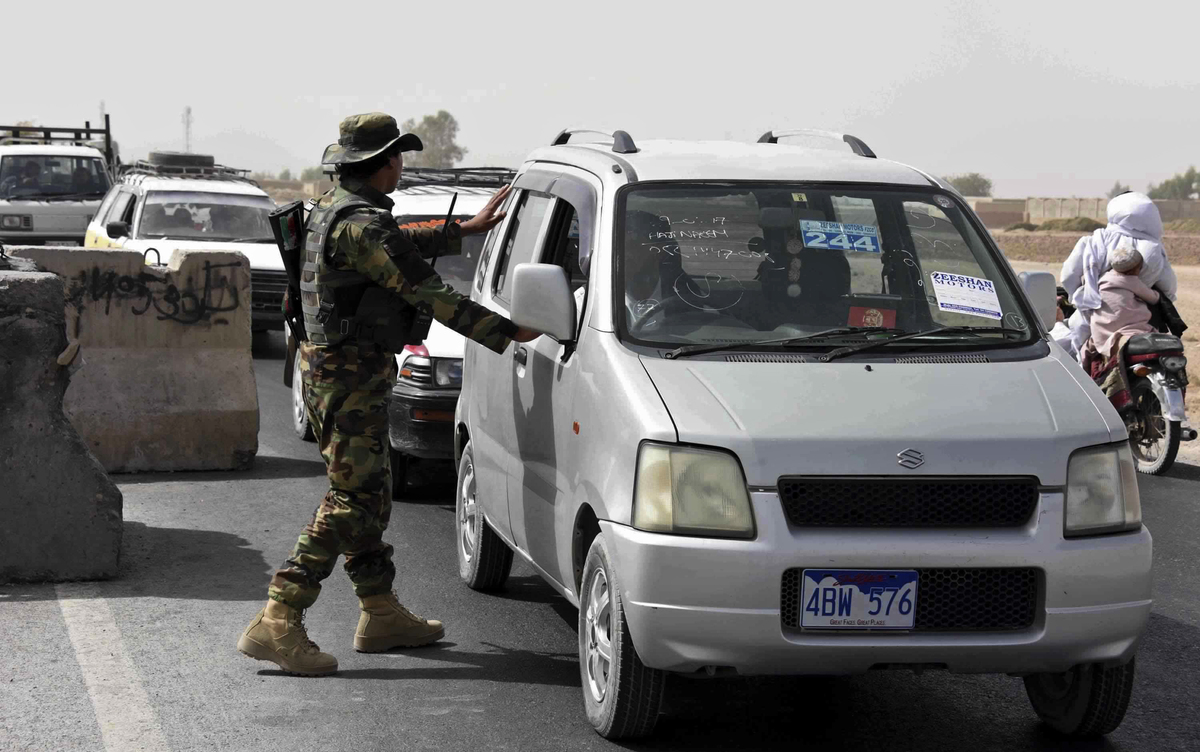 An Afghan National Army soldier searches a vehicle at a checkpoint in Kandahar, Afghanistan, Thursday on the way to the Maiwand army base, the site of the Taliban attack late Wednesday.

Taliban militants wiped out almost an entire Afghan Army base in Afghanistan's Kandahar province, leaving just two Afghan soldiers there uninjured. This brings the week's toll to more than 120 people killed by the militant group.

"The Taliban attacked ... Afghan Army base in Maiwand, Kandahar province in the middle of the night while many of the 60 Afghan soldiers there slept," Glasse reported. "A suicide bomber blew up what the Taliban describe as an armored vehicle, and then fighters went in."

Some 10 Taliban fighters were also killed, Glasse adds. Six Afghan army soldiers from the base are also reportedly missing.

And the base itself sustained major damage. "Unfortunately there is nothing left inside the camp," defence ministry spokesman Dawlat Waziri told the BBC. "They have burned down everything they found inside."

More Than 100 Dead In Taliban Attack On Afghan Army Base

Two other attacks on security forces Wednesday claimed lives – as The Washington Post reported, "Taliban fighters killed nine police officers late Wednesday in the western Farah province during attacks on police posts there and killed six policeman in an ambush in the northern Balkh province."

And a series of other attacks earlier this week were even more deadly, Glasse reported: "On Tuesday in Paktia,two Humvees exploded killing 60 and wounded 300. On the same day in Ghazni an attack on District Headquarters left 20 dead — 15 of them police."

The Post reports that the Taliban are increasingly using U.S.-made Humvees in their suicide attacks. "The bulky off-road vehicles, taken from Afghan army bases in previous attacks, create more shrapnel when they explode and make it harder for Afghan guards to tell whether an approaching suicide bomber is with the Taliban," the newspaper wrote, quoting government security officials.

The attacks come after the White House has given Gen. John Nicholson, the top commander of U.S. Forces in Afghanistan, "more authority to attack the Taliban, more warplanes and drones to mount punishing airstrikes — and a few thousand more American troops to advise the Afghans," as NPR's Tom Bowman reported earlier this month.

Still, Nicholson continued to describe the fight in Afghanistan, America's longest-running war, as a stalemate. As Tom reported, the Taliban "either control or exert influence in about 40 percent of Afghanistan, an area that is home to about a third of the population — 11 million people."

Both the U.S. and Afghanistan are putting pressure on Pakistan to crack down on the militant group, Glass reported. The group is known to have safe havens within Pakistan.