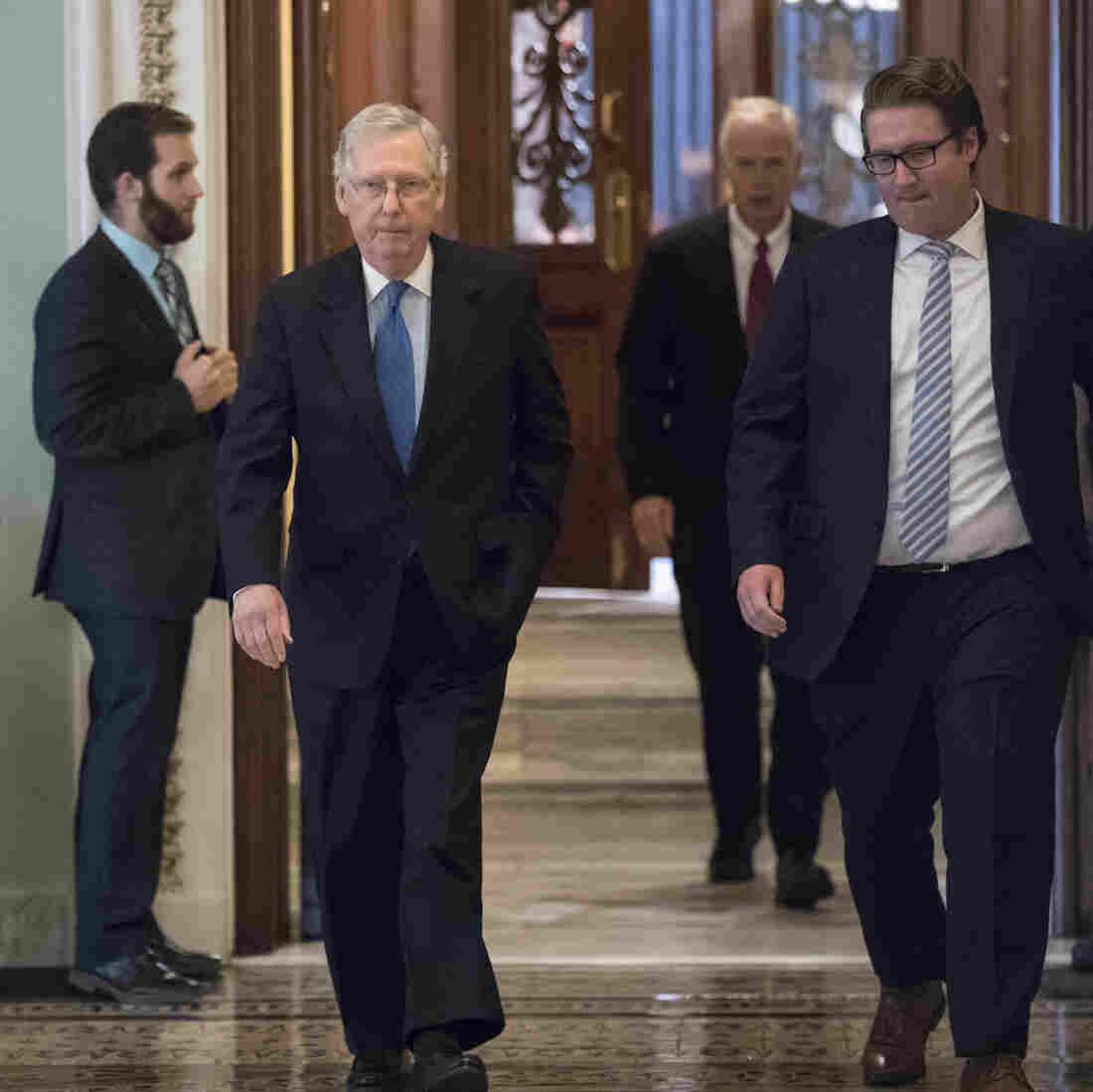 Senate Majority Leader Mitch McConnell, R-Ky., walks from the chamber to his office during a long series of votes at the Capitol on Thursday. J. Scott Applewhite/AP hide caption 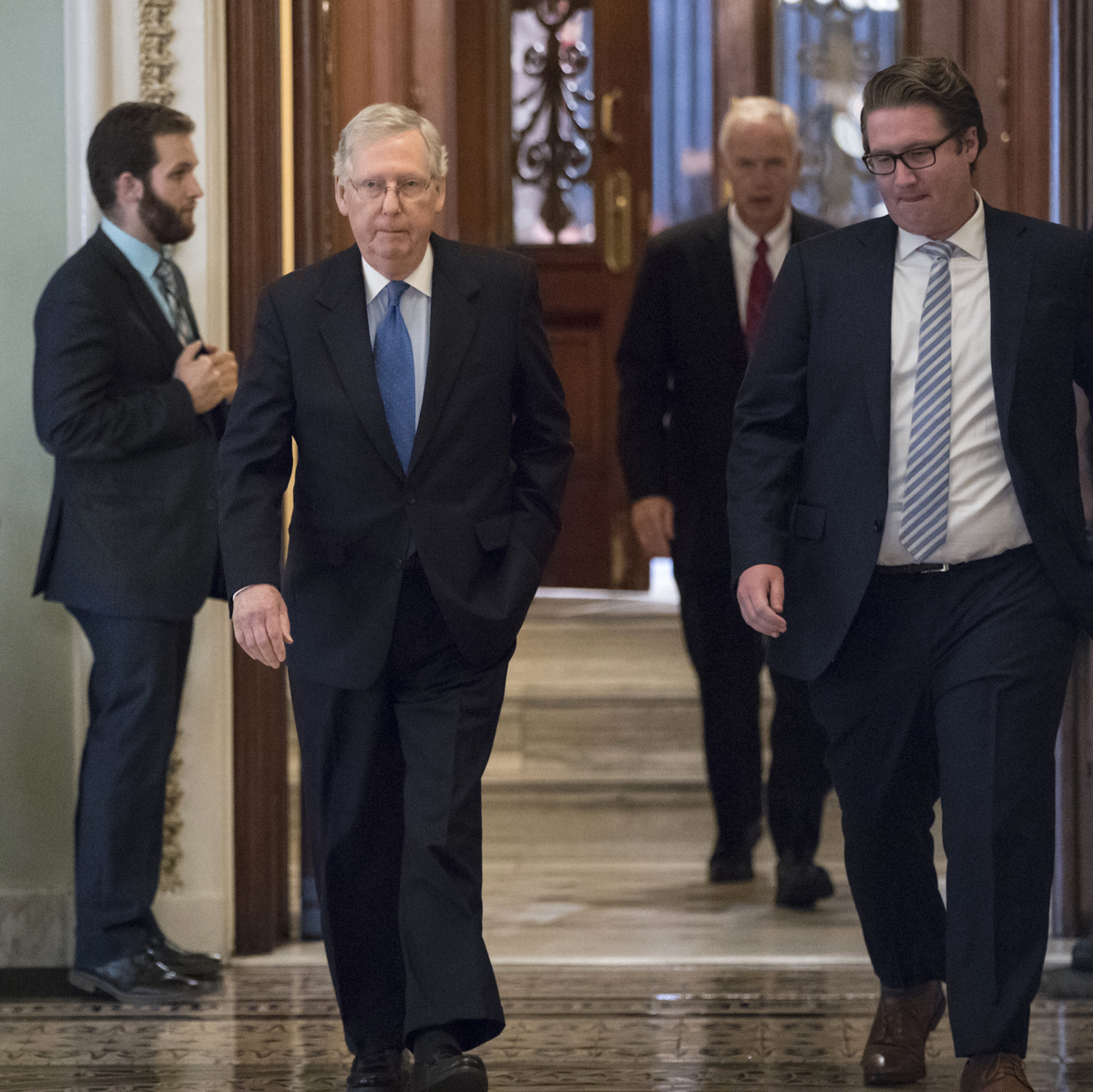 Senate Majority Leader Mitch McConnell, R-Ky., walks from the chamber to his office during a long series of votes at the Capitol on Thursday.

The White House praised the bill, saying it "creates a pathway to unleash the potential of the American economy through tax reform and tax cuts."

Politico writes: "The budget resolution does include a decade of proposed spending cuts and entitlement overhauls. But it's largely seen as a shortcut to reforming the tax code, which Republicans have deemed a must-do after falling short on their attempts to repeal Obamacare."

The measure contains language that sets up special procedures that will thwart any move by Senate Democrats to stage a filibuster on follow-up tax legislation.

And a House GOP source tells The Hill that the procedural language "seems sufficient to avoid a conference committee between the two chambers and allow the House to simply pass the Senate resolution."

Trump And McCain Lock Horns As Tax Debate Heats Up

As proposed, the tax cuts are expected to add up to $1.5 trillion to the deficit over the next 10 years, but Republicans are convinced that the changes will spur stronger economic growth, offsetting the lost revenue.

"These are reforms that change incentives and drive growth, and we've never done that before," said Sen. Pat Toomey, R-Pa.

And Senate Majority Leader Mitch McConnell, R-Ky., said passing the budget is "critical to getting tax reform done, so we can strengthen our economy after years of stagnation under the previous administration."

Democrats who voted in lockstep against the budget resolution warn that the tax overhaul will benefit corporations and the wealthiest Americans while mostly leaving out middle- and lower-income earners.

"The bottom line on this budget is that it's a right-wing fantasy document that paves the way for a hyper-partisan process on tax reform and trillions of dollars in handouts to big corporations and the wealthy," said Oregon Sen. Ron Wyden, the top Democrat on the tax-writing Finance Committee, according to The Associated Press.