Accessibility links
Arpaio Conviction: Federal Judge Will Not Void Guilty Ruling, Despite Trump's Pardon : The Two-Way Citing legal precedents, Bolton said that while a pardon removes the threat of punishment, it does not "blot out guilt."

Federal Judge Will Not Void Guilty Ruling On Arpaio, Despite Trump's Pardon

Federal Judge Will Not Void Guilty Ruling On Arpaio, Despite Trump's Pardon 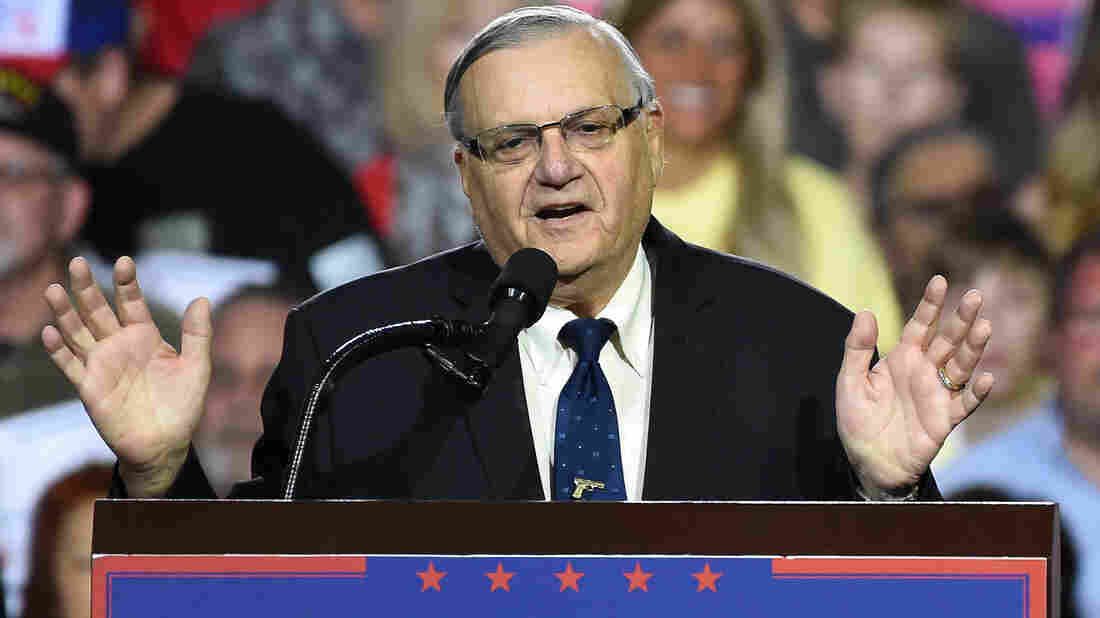 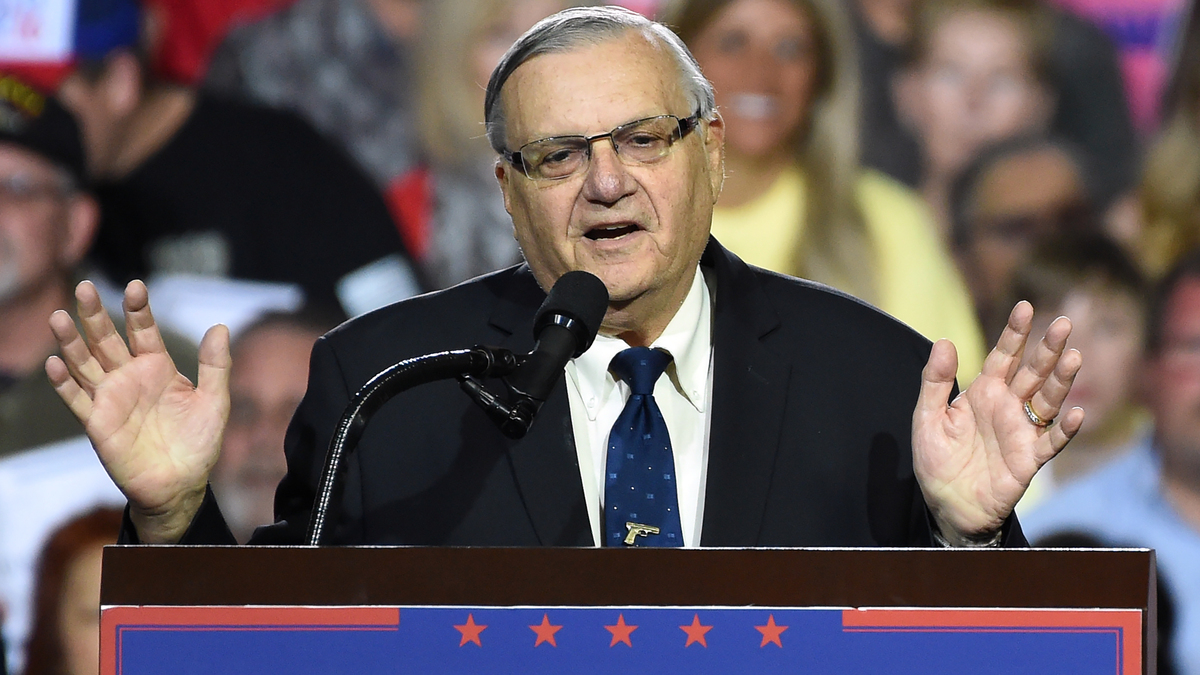 Former Sheriff Joe Arpaio's bid to have his criminal conviction vacated was denied by a federal judge. Arpaio is seen here at a Trump rally last year.

U.S. District Judge Susan Ritchie Bolton says that President Trump's pardon of former Maricopa County Sheriff Joe Arpaio does not "revise the historical facts" of his case — and that she will not vacate her ruling that found Arpaio guilty of criminal contempt.

On Thursday, Bolton quoted Black's Law Dictionary to say that a pardon "releases the wrongdoer from punishment and restores the offender's civil rights without qualification." But she then added a further interpretation in her own words: "It does not erase a judgment of conviction, or its underlying legal and factual findings."

Citing legal precedents, Bolton said that while a pardon removes the threat of punishment, it does not "blot out guilt." Instead, she wrote in her decision, accepting a pardon implies a confession of guilt. Bolton also suggested that the timing of President Trump's pardon — when Arpaio had not appealed her verdict — played a role in her decision to preserve it.

Famous for his hard-line stance on immigration, Arpaio was found to be in contempt after he consistently disobeyed a court order by continuing to make certain immigration arrests after he was told to stop. Bolton presided over a five-day trial; she found Arpaio guilty on July 31 and ordered him to be sentenced on Oct. 5 — but Trump intervened with a pardon in late August.

In her decision, Bolton notes that unlike in legal precedents where a new trial or appeal was ongoing, Arpaio's didn't have an appeal pending. The judge writes, "the only matter mooted by the pardon was Defendant's sentencing and entry of judgment, the hearing for which was duly vacated." She added, "With nothing left to vacate, dismissal with prejudice was all that remained to be ordered. Having already done so, the Court declines to order any further relief."

The situation could place Arpaio in a type of Catch-22, in which he's been saved from punishment by Trump's pardon but is unable to clear his name fully in the legal record.

With that side of the story, here's member station KJZZ in Phoenix:

"Arpaio attorney Jack Wilenchik said because of the pardon, the former sheriff will never have the chance to appeal the ruling, leaving him open to future lawsuits.

" 'What if an illegal alien who claims they were wrongfully detained were to sue civilly, then the fact that he was convicted of willfully defying the court order could be used against him,' said Wilenchik.

"Wilenchik said he was not surprised that the judge had refused to undo her own order. He said he has appealed the judge's order to the 9th Circuit Court of Appeals."

Bolton handed down her decision roughly one year after she approved a federal contempt charge against Arpaio. The charge had originated with a civil contempt finding by U.S. District Judge G. Murray Snow in Melendres v. Arpaio, a class action lawsuit backed by the ACLU that accused the sheriff and his officers of racial profiling.