Accessibility links
Astros Advance To The World Series By Shutting Out Yankees, 4-0 : The Two-Way The Houston Astros will face the Los Angeles Dodgers in the World Series. The Astros beat the New York Yankees 4-0 Saturday night in Houston — the series went seven games.

Astros Advance To The World Series By Shutting Out Yankees, 4-0

Astros Advance To The World Series By Shutting Out Yankees, 4-0 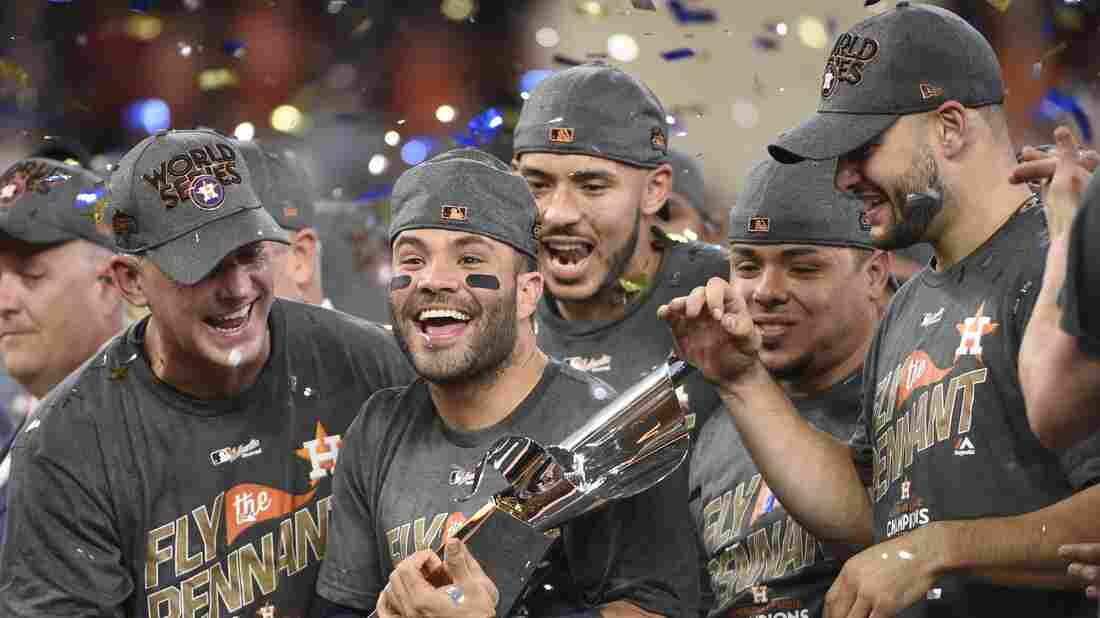 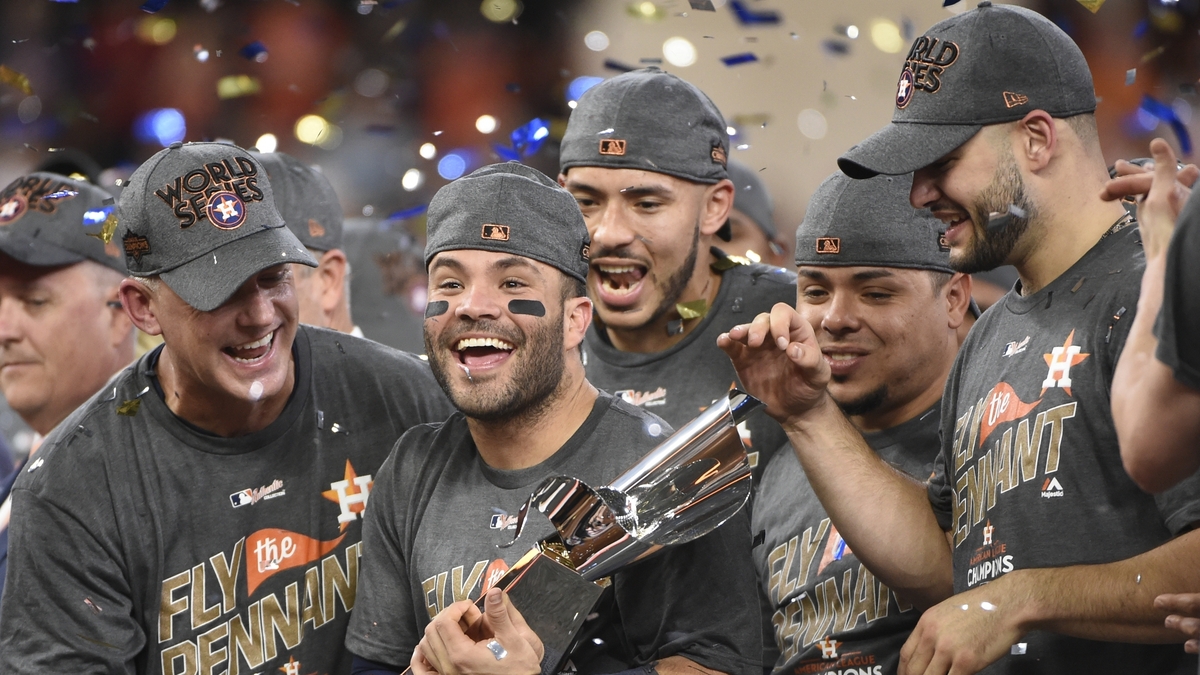 The Houston Astros are going to the World Series. They beat the New York Yankees 4-0 Saturday night in Minute Maid Park in Houston — the series went seven games.

The only other time the Astros have made an appearance in the World Series was in 2005 when they lost to the Chicago White Sox.

According to the MLB Stat of the Day: The Astros are the first team to reach the World Series as an American League team (2017) and as a National League team (2005).

Pitcher Justin Verlander was named the Most Valuable Player of the American League Championship Series.

"Verlander, 34, was remarkable in his two ALCS starts, going 2-0 with a 0.56 ERA while striking out 21 and walking two. The right-hander allowed one run in a complete-game effort that included 124 pitches and 13 strikeouts in Game 2 to help the Astros take a 2-0 lead in the series. In Game 6, with Houston's back against the wall, down 3-2, Verlander went to the well again with seven shutout innings and eight strikeouts to help his team stay alive.

"Houston was rumored to be a potential trade destination for Verlander all summer, but a deal seemed unlikely when the Astros were unable to work out a deal with Detroit before the July 31 non-waiver Trade Deadline. Still, Houston's front office didn't give up on Verlander and finally inked a deal with the 2011 AL Cy Young Award winner with seconds to spare before the Aug. 31 deadline for waiver trades."

The World Series begins Tuesday in Los Angeles, where the Dodgers have been waiting to find out who they would be playing.

The Dodgers beat the Chicago Cubs 11-1 Thursday night at Wrigley Field in Chicago to capture the National League Championship Series.