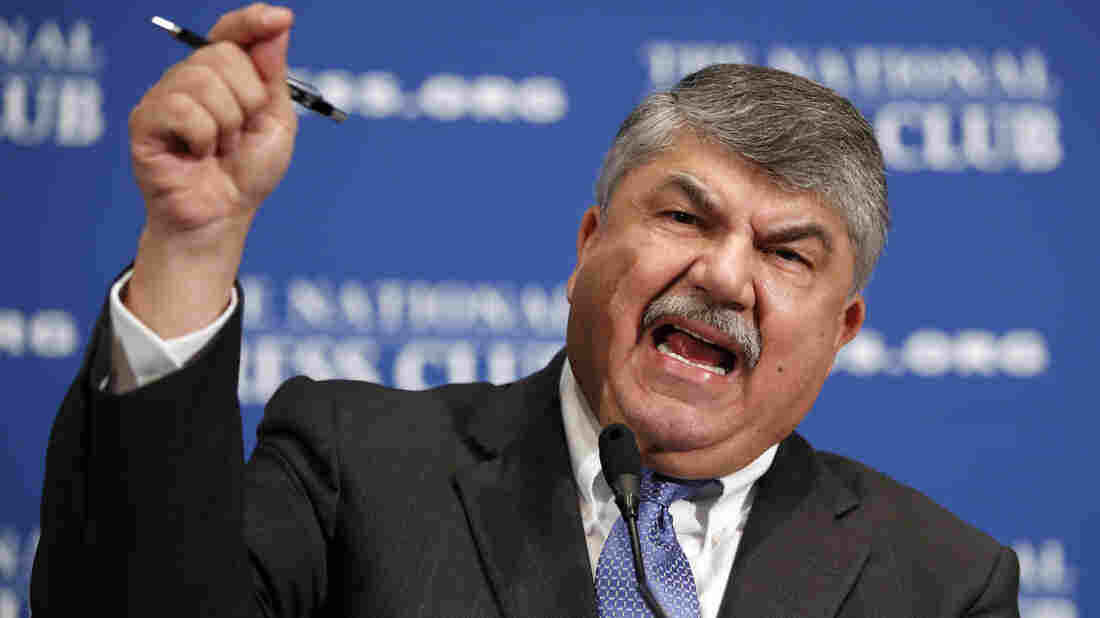 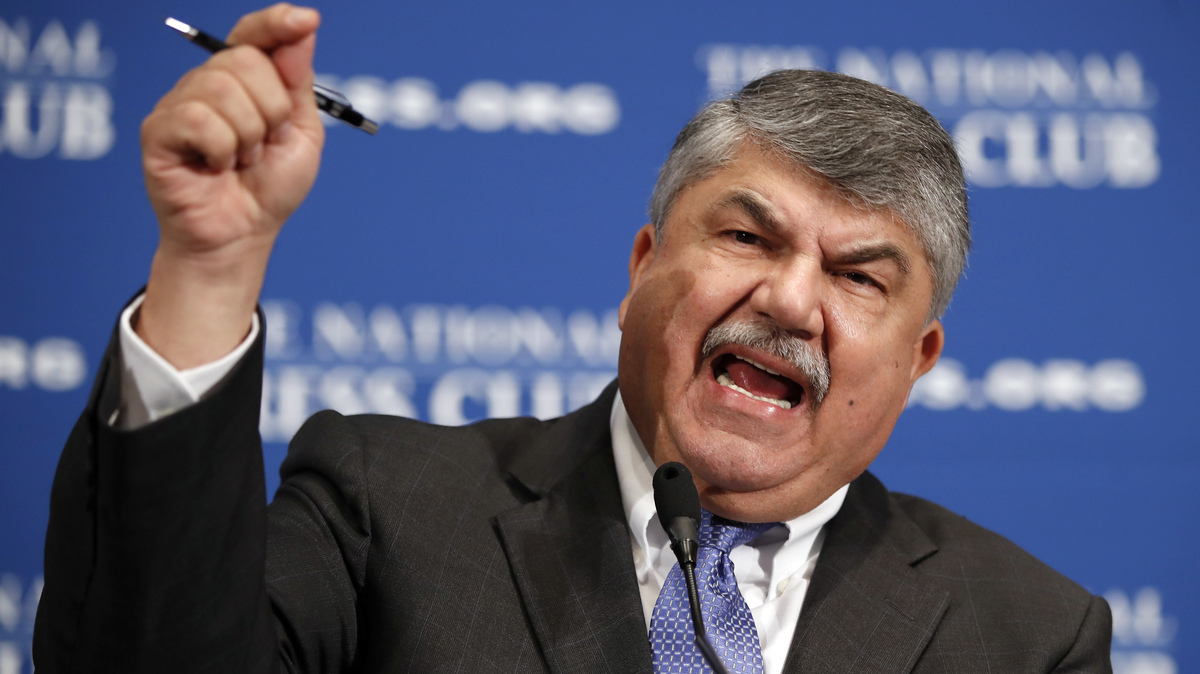 AFL-CIO President Richard Trumka, who was re-elected to a third term Sunday night in St. Louis, speaks at the National Press Club in Washington, D.C., on April 4, 2017.

AFL-CIO members, meeting in St. Louis, voted Sunday night to give Richard Trumka another term as president. He has been in the position since 2009.

Bloomberg News reports Trumka has another four years to try to reverse the fortunes of the embattled labor movement.

"While Trumka's re-election proved easy, it takes place at time U.S. unionization is at record lows and the Supreme Court is considering a case that could shrink the membership even further by banning mandatory public-sector union fees.

"Trumka has pursued a restructuring of the AFL-CIO this year, dismissing dozens of staff and dissolving departments in a move he said would tighten the group's focus on mounting campaigns, passing legislation and stimulating growth."

The re-election was held at the start of the AFL-CIO's four-day, quadrennial convention.

Following the election, crafting a "Workers' Bill of Rights" will be a primary focus of the event, Mr. Trumka said. "The aim is to give politicians a clear view on union priorities, including the need for better wages and rethought trade agreements. It would establish a litmus test to determine if the AFL-CIO will support candidates in the 2018 and 2020 elections, regardless of party.

"People that support that Workers' Bill of Rights will get our support," Mr. Trumka told reporters Sunday. "Those that don't—we're sorry. We're going to use our resources and our power to help people get elected that support the needs of workers."

Looking ahead to the 2018 mid-term elections, NPR National Political Correspondent Don Gonyea reported that Trumka said unions have learned lessons from the 2016 election.

"Turning that around in the next year's midterm elections will require aggressive outreach to union voters. Personal contact is always the key, according to Trumka, but he also acknowledged his organization didn't make the case well enough — or often enough — last year.

"As for the appeal of Trump among the rank-and-file membership, Trumka said, "My members, just like most Americans, are angry that the system isn't working for them. That it keeps moving them further and further behind," adding, "while the country is the richest country on the face of the earth."

"He said they were willing to take a risk on Trump because he promised to shake up the system.

Every two years the AFL-CIO mounts an expensive get-out-the-vote and informational effort on behalf of the candidates it endorses.