Accessibility links
David Letterman Honored With Twain Award For American Comedy : The Two-Way The late-night host who reigned for 33 years before his retirement in 2015, received the award in a star-studded Kennedy Center event. 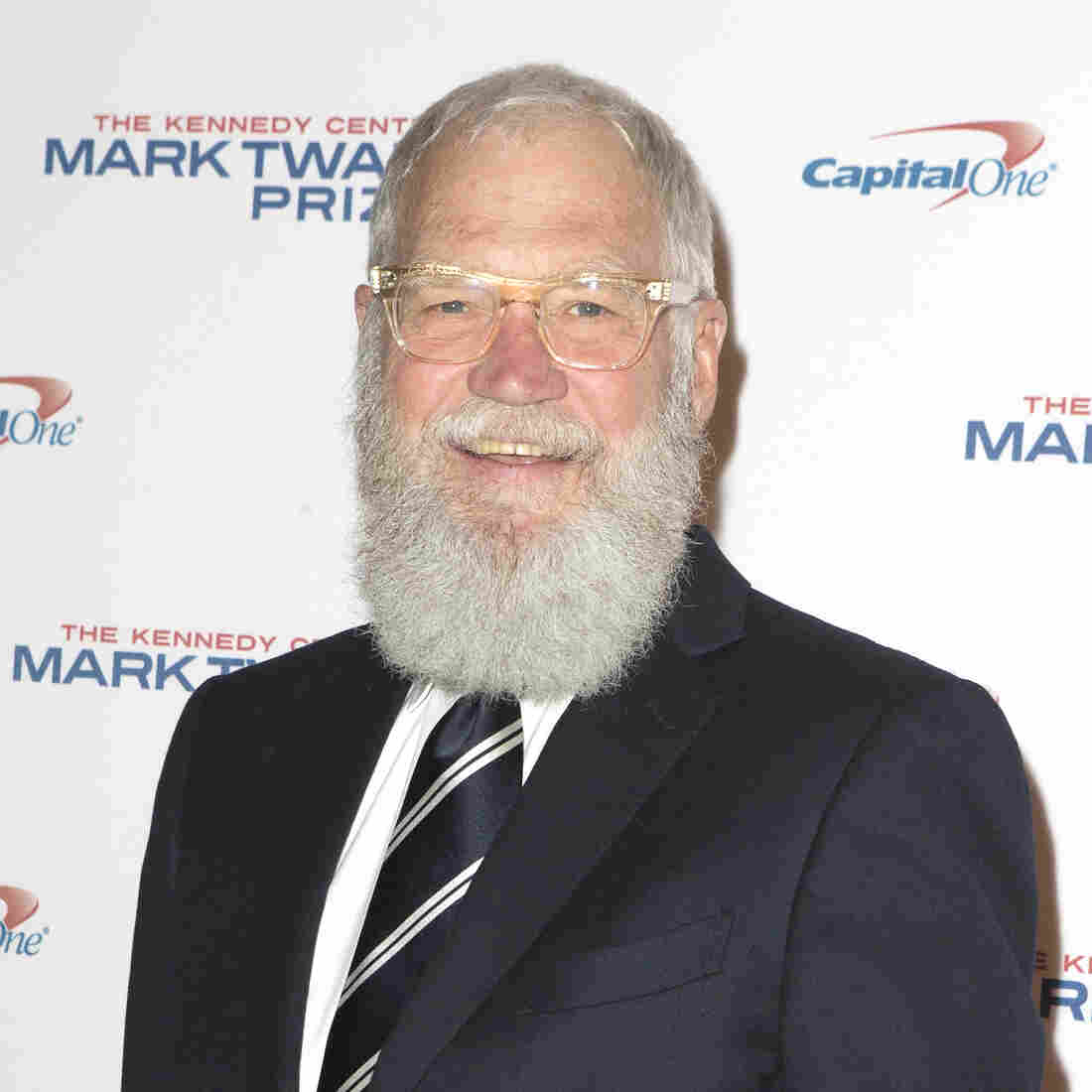 David Letterman arrives at the Kennedy Center for the Performing Arts for the 20th Annual Mark Twain Prize for American Humor presented to him on Sunday. Owen Sweeney/Owen Sweeney/Invision/AP hide caption 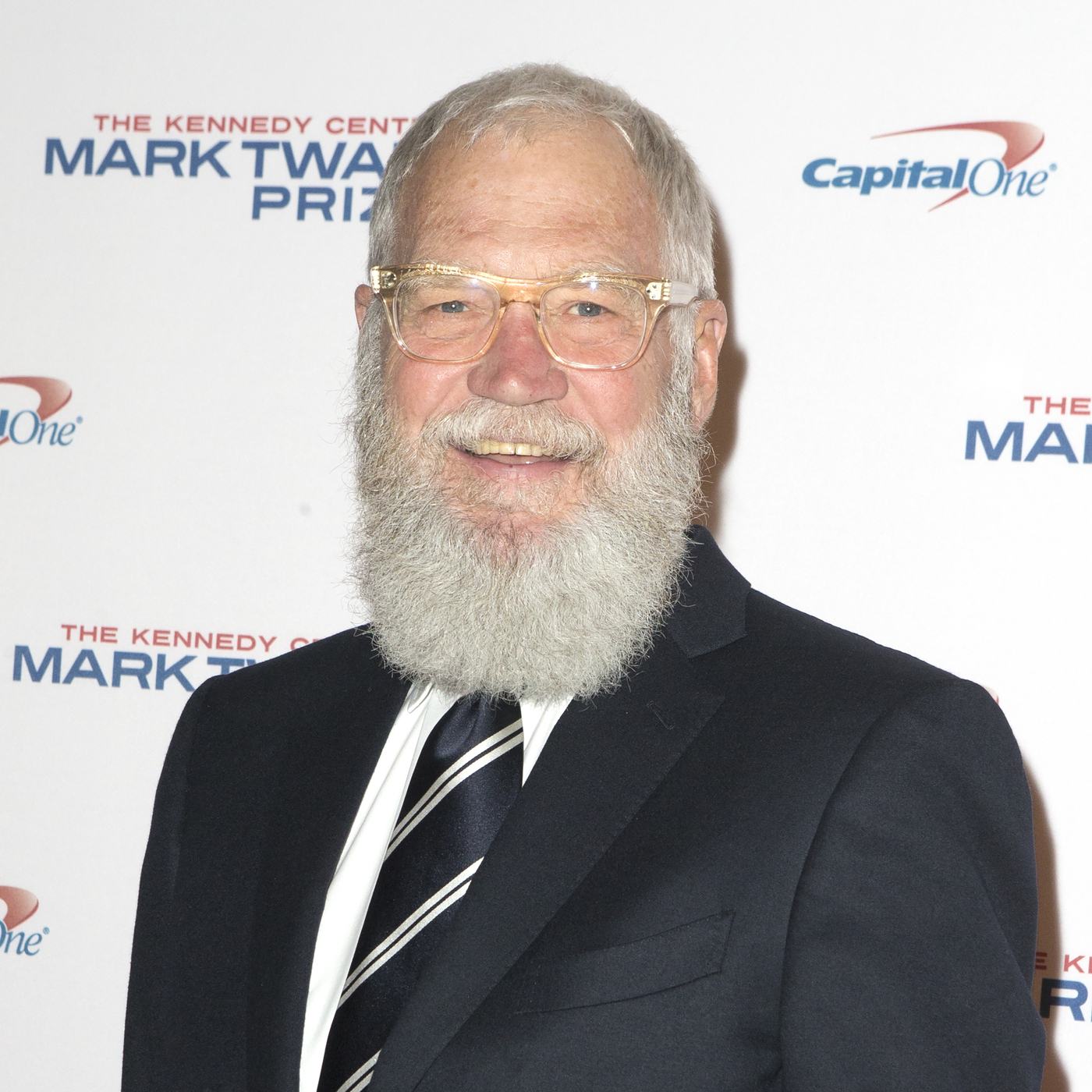 David Letterman arrives at the Kennedy Center for the Performing Arts for the 20th Annual Mark Twain Prize for American Humor presented to him on Sunday.

David Letterman, the longest-running late-night host in television — who gave us Stupid Pet Tricks, the Top Ten List and Larry "Bud" Melman — received the Mark Twain Prize for American Humor at the Kennedy Center for the Performing Arts on Sunday night.

"Dave has always had spot-on comedic instinct," said Steve Martin, one of several comedians attending Sunday's presentation. "What better time than right now to insist on looking like a Confederate war general?"

Letterman, 70, was born and raised in Indianapolis. He attended Ball State University, where he worked as a DJ for the college radio station.

Later, Letterman got a job as a weatherman for WLWI in Indianapolis, but left for Los Angeles in 1975. There, he caught the attention of comedian Jimmie Walker, who hired Letterman to write jokes for his stand-up act.

Following various minor spots on television, he began guest-hosting The Tonight Show Starring Johnny Carson. And after a short-lived NBC morning comedy show, Letterman eventually landed the late-night slot with the network in 1982. He held it, first at NBC, then later at CBS, for a total of 33 years.

Fellow late-night host Jimmy Kimmel said he and others learned to master the genre from watching Letterman.

"We know he's funny, probably the funniest. Inventive, too. He threw melons from a building," Kimmel said, referring to a routine in which Letterman tossed watermelons off a five-story rooftop.

"He did so many ridiculous things in the middle of the night," Kimmel said.

In a videotaped message, former first lady Michelle Obama praised Letterman's ability to comfort viewers. "No matter what was going on in our lives, we all knew that Dave would be there for us when we needed a laugh," she said.

"You're not exactly a god, but you're way up there," Murray said. "You will be able to walk up to any man or woman on the street, take a lit cigar out of their mouth and finish it. You'll be able to board any riverboat in this country."

Pearl Jam's Eddie Vedder performed the late Warren Zevon's "Keep Me In Your Heart." Letterman and Zevon, who performed numerous times on the show over the years, were good friends until the musician died of cancer in 2003.

As NPR's Elizabeth Blair reports, when it was time for Letterman to make closing remarks at the ceremony, he thanked the "hundreds and hundreds" of people who helped him along the way.

Letterman, who has been critical of President Trump in recent months, ended the night with a quote from Mark Twain: "Patriotism is supporting your country all the time, and your government when it deserves it."