Accessibility links
Wine Organization Forecasts Historically Bad Year Due To Weather Events : The Two-Way Europe, home to the world's leading wine producers, is making wine at significantly lower levels than usual – and that's because of weather such as frost and drought that have damaged vineyards. 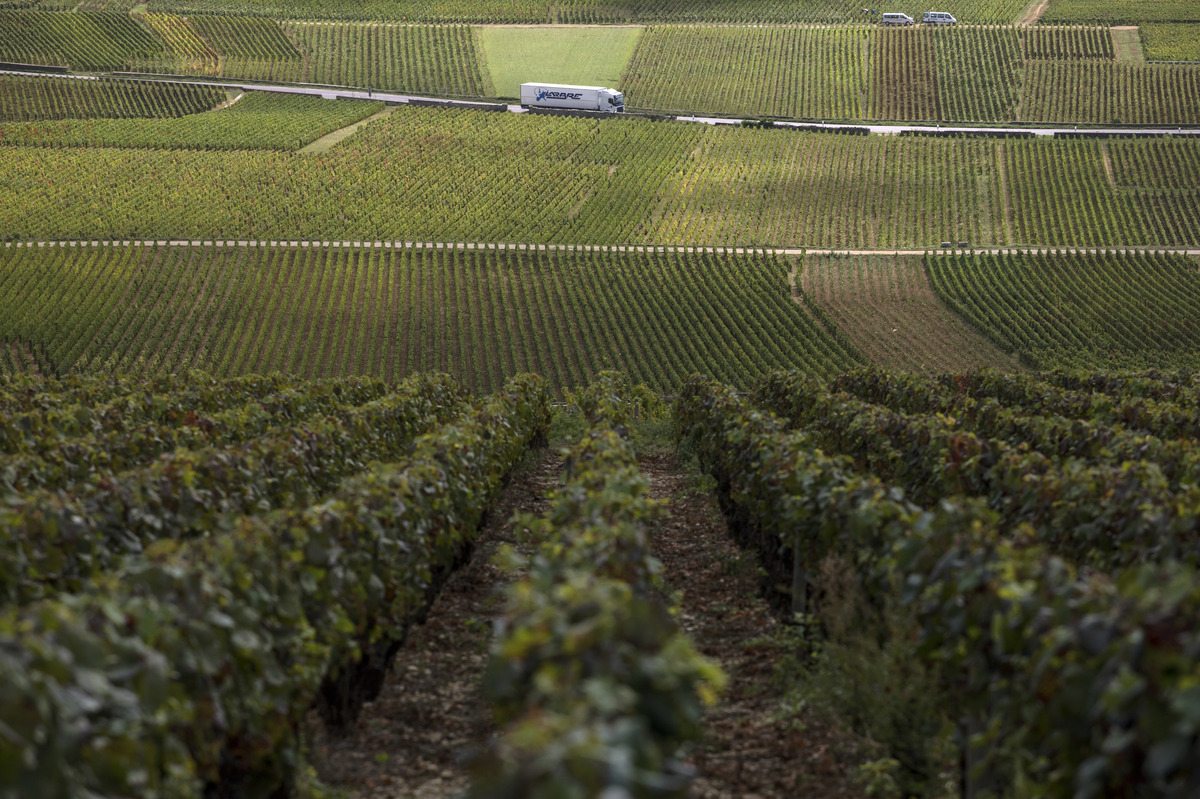 World wine production is having a historically bad year.

Europe, home to the world's leading wine producers, is making wine at significantly lower levels than usual – and that's because of "extreme weather events" such as frost and drought that have damaged vineyards, according to the International Organization of Vine and Wine (OIV).

The intergovernmental wine organization says this year's output is projected to be the lowest in more than 50 years, according to the BBC and Reuters.

It is projecting that 246.7 million hectoliters will be produced this year globally, a drop of 8.2 percent compared to last year.

The situation is bleakest in the three countries that produce the most wine – Italy (down by 23 percent), France (down by 19 percent) and Spain (down by 15 percent). 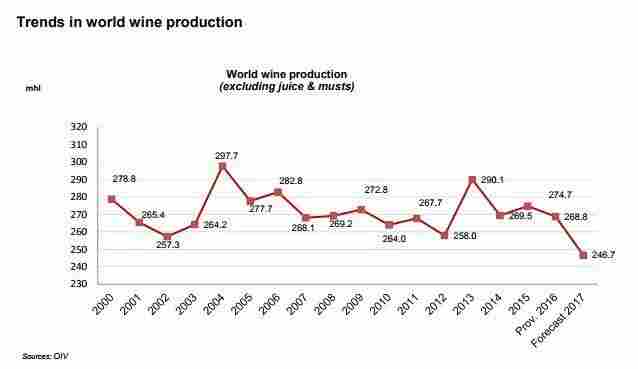 Global levels for wine production, including a forecast for 2017. OIV hide caption

Earlier this month, Thierry Coste of the Copa-Cogenca farmer's union told reporters that this is "the lowest (European) harvest that we have seen since World War II," according to Agence France-Presse. Coste added that climate change has badly affected the vineyards, causing producers to harvest grapes early.

"The quality of the grape is nevertheless expected to be very good across Europe which should make for an excellent wine," he said, according to the wire service.

Some small producers are having to make difficult choices. Rupert Millar, fine wine editor of industry journal The Drinks Business, told the BBC that they "are facing the very real problem of having to sell family domains because, unless the banks are going to help them in some way, they're stuck."

He added: "But just how many this is happening to is another question."

U.S. wine production levels were down marginally, about one percent from last year. However, it's worth noting that the estimate is based on USDA forecasts from August, the OIV stated, and "does not therefore take into account the potential consequences of the recent fires in California."

The wildfires devastated California wine country, though the full extent of the damage to wineries is still unclear. The Napa Valley Vintners association said 47 member wineries reported damage, but added that the wine industry damages in the area "do not appear to be widespread."

The situation is less bleak in other wine-producing areas. South America is expected to show an increase, driven by a 25 percent increase in Argentina, the OIV said. Brazil also saw improvement after low production in 2016.

The levels in South Africa rose about 2 percent compared to the previous year.

The wine organization says it expects world wine consumption in 2017 to rise from 240.5 to 245.8 hectoliters. That's a level just shy of the expected production.

These market forces, the BBC writes, "could raise prices and dissipate a global surplus caused by a demand slump in the wake of the financial crisis."