Accessibility links
Fats Domino, Architect Of Rock 'N' Roll, Dead At 89 : The Two-Way The rhythm-and-blues legend who became one of the progenitors of rock 'n' roll — and reportedly sold more than 65 million records along the way — died Tuesday. 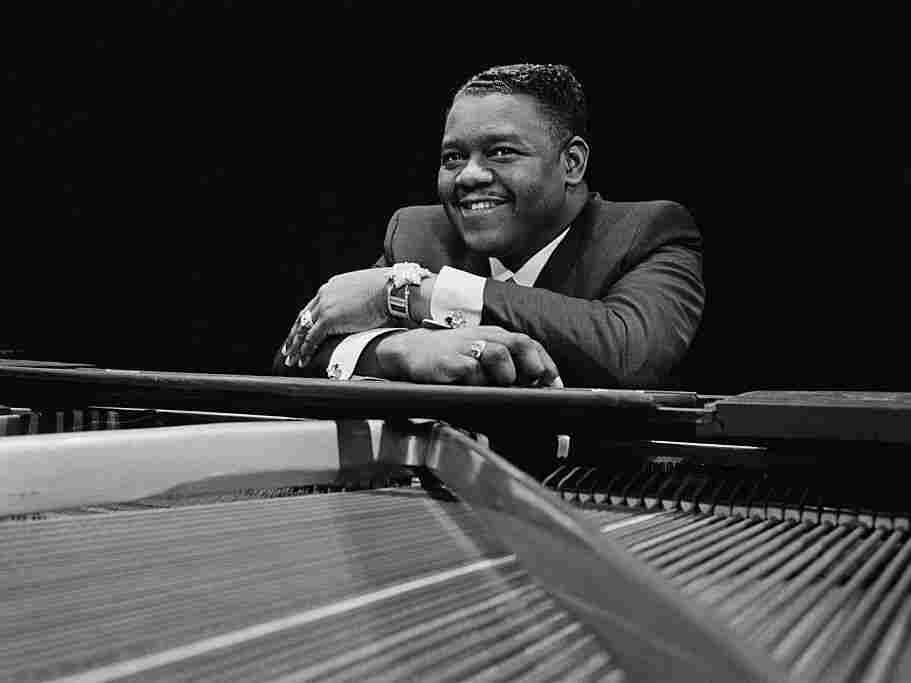 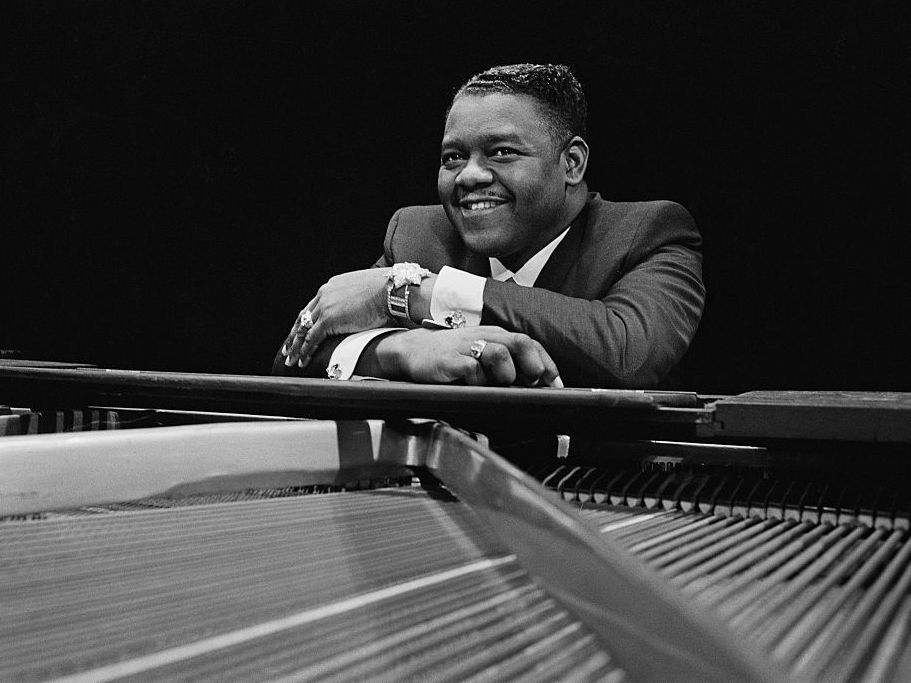 Fats Domino, one of the architects of rock 'n' roll, died Tuesday at his daughter's suburban New Orleans home. Haydee Ellis, a family friend, confirmed the news to NPR. Mark Bone, chief investigator for the Jefferson Parish coroner's office, tells NPR that Domino, who was 89, died of natural causes.

In the 1940s, Antoine Domino Jr. was working at a mattress factory in New Orleans and playing piano at night. Both his waistline and his fan base were expanding. That's when a bandleader began calling him "Fats." From there, it was a cakewalk to his first million-selling record — "The Fat Man." It was Domino's first release for Imperial Records, which signed him right off the bandstand.

Producer, songwriter, arranger and bandleader Dave Bartholomew was there. He described the scene in a 1981 interview now housed at the Hogan Jazz Archive at Tulane University. "Fats was rocking the joint," Bartholomew said. "And he was sweating and playing, he'd put his whole heart and soul in what he was doing, and the people was crazy about him — so that was it. We made our first record, 'The Fat Man,' and we never turned around."

Between 1950 and 1963, Domino hit the R&B charts a reported 59 times, and the pop charts a rollicking 63 times. He outsold Little Richard, Chuck Berry and Buddy Holly — combined. Only Elvis Presley moved more records during that stretch — and Presley cited Domino as the early master.

So how did a black man with a fourth-grade education in the Jim Crow South, the child of Haitian Creole plantation workers and the grandson of a slave, sell more than 65 million records?

Domino could "wah-wah-waaaaah" and "woo-hooo!" like nobody else in the whole wide world — and he made piano triplets ubiquitous in rock 'n' roll. "Blueberry Hill," for example, was not Domino's own song — it was first published in 1940 and had already been recorded by the likes of Glenn Miller, Gene Autry and Louis Armstrong — but Domino's version in 1956, complete with those right-hand triplets, was unforgettable.

Piano player Jon Cleary has devoted most of his life to the New Orleans sound. "The triplets thing," he says, "that was one of the building blocks of New Orleans R&B. And that's really the famous Fats Domino groove. Everybody knows that."

And then there was Bartholomew. He and engineer Cosimo Matassa perfected a rhythm-heavy sound in Matassa's studio that was the envy of rock 'n' roll. "Blueberry Hill" may have been Domino's biggest hit, but Bartholomew wrote Domino's favorite: "Blue Monday."

"Blue Monday" had other levels of meaning in Domino's career. In the 1950s, the birth of rock 'n' roll was hard labor. Social critics called the music vulgar. Jim Crow laws segregated Domino's audiences, sometimes with only a rope. And the combination of racial tension and teenage hormones at concerts proved violent: bottle-throwing, tear gas, stabbings and arrests.

Domino's biographer, Rick Coleman, says that there was a real disjunction between that era and the work that Domino was producing. "It was not an easy time period, even though the music was beautiful and joyful," he observes. "It was a hard birth."

By 1960, Domino's audience was overwhelmingly white. In South Carolina, the Ku Klux Klan gave his band directions — by the light of a burning cross. The late saxophone player Herbert Hardesty was driving the Domino bus on that occasion.

"So I had to make it tight," Hardesty recounted. "In about five minutes, I came to Ku Klux Klan. They said, 'Well, where's Fats Domino?' I said, 'He's not here.' They said, 'What are you guys doing?' I said, 'I'm lost, I'm trying to get back to the highway.' And they were very nice — the Ku Klux Klan treated us very nice!"

The British Invasion sent nearly every American performer tumbling down the charts. And yet longtime confidante Ellis says that Domino wouldn't change a note. "He said, 'When I play,' " she explains, " 'I want the people to hear exactly what they're used to hearing on the record.' And eventually, that was one of the things that made him reluctant to play, let's say. He was afraid that he would, you know, mess up a word or whatever."

Domino toured for many years but eventually settled into life at his compound in the Lower Ninth Ward, cooking loads of hog's head cheese for his many friends. Then came Hurricane Katrina — and everybody thought he was dead.

"When Katrina came," Ellis gasps, "Oh, Lord! Fats would say he wanted to leave, but he said, 'What kind of man would I be if I left my family? They don't want to leave.' "

The family survived. Domino lived out the post-Katrina years in a suburb of New Orleans with one of his eight children. But his house still stands on Caffin Avenue, in the Lower Ninth Ward, and has been restored in recent years. It's a reminder of the greatness that the neighborhood once produced, of the golden age of New Orleans music — and of what a fat man can do.

Gwen Thompkins is the host of WWNO's Music Inside Out, a program about Louisiana music. You can hear a special edition on Fats Domino at the show's website.