Accessibility links
At Bowe Bergdahl's Sentencing, Navy SEAL Describes Being Shot During Search : The Two-Way A military judge is allowing the testimony of service members who were injured as a direct result of the searches for Bergdahl, who was captured by the Taliban and held for five years. 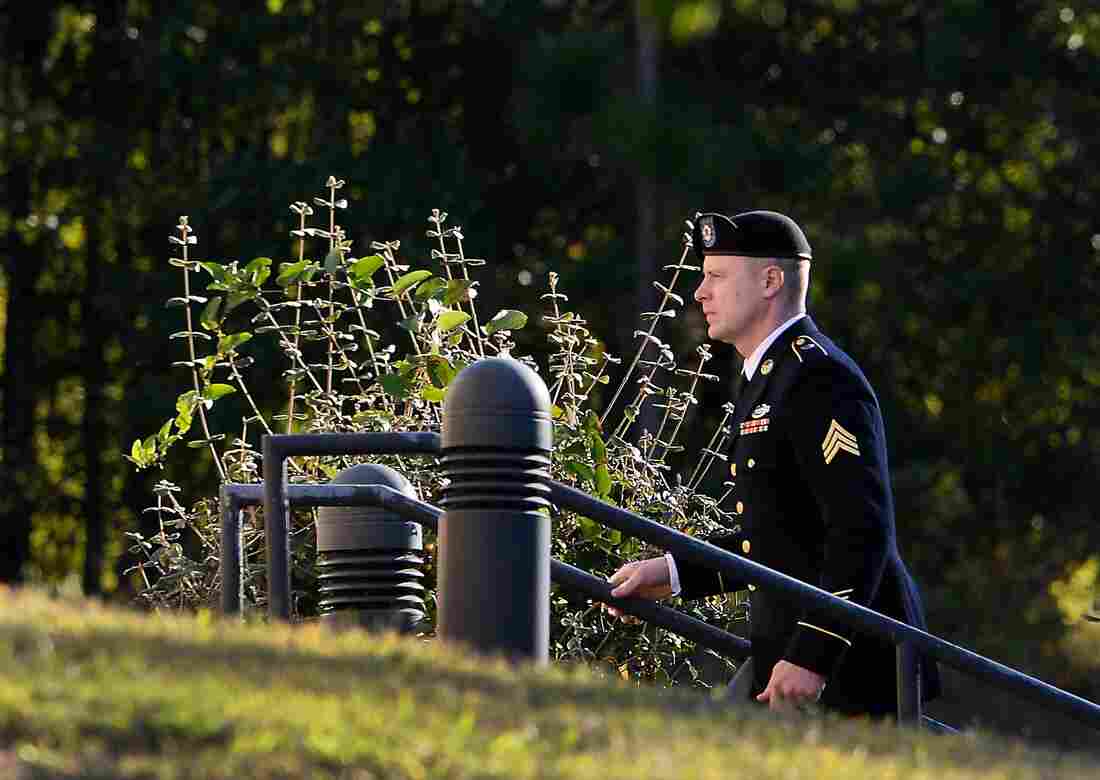 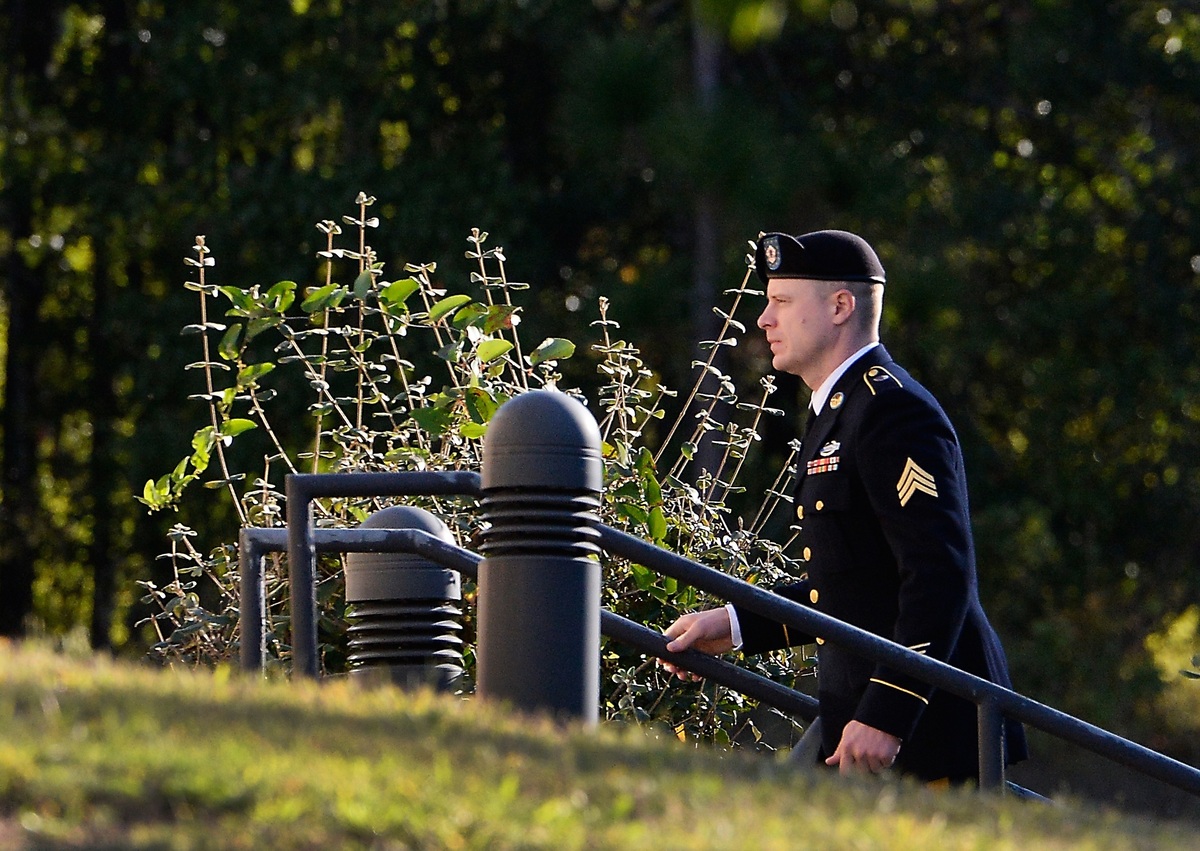 A Navy SEAL testified Wednesday in Fort Bragg, N.C., that he was shot and badly injured during a heavy firefight while searching for Army Sgt. Bowe Bergdahl after Bergdahl walked off his combat outpost in Afghanistan.

The military judge, Army Col. Jeffery Nance, is allowing the testimony of three service members whose injuries are considered a direct result of the searches for Bergdahl, who was captured by the Taliban and held for five years. He has pleaded guilty to desertion and misbehavior before the enemy.

The Navy SEAL, Senior Chief Petty Officer James Hatch, was forced to retire from the military after nearly 26 years of service because of the injuries sustained while searching for Bergdahl. He testified that he underwent 18 operations in the years that followed.

On Wednesday, he walked to the witness stand with a heavy limp, accompanied by a black service dog.

Hatch said that before Bergdahl went missing, the unit's mission was capturing and killing high-value targets. Members of the unit got word that they were going to focus on rescuing Bergdahl.

"Someone is going to get killed or hurt trying to get this kid," Hatch recalled saying.

Nine days after Bergdahl's 2009 disappearance, Hatch led a team with two helicopters on a mission into Afghanistan's Paktika province. He said the team was taking heavy fire even before they landed.

As they began advancing to the position where they believed Bergdahl was held, he said, a trained dog with them lunged after three figures, who turned out to be children.

Shortly afterward, the dog was shot in the head and killed, he said. Hatch spoke in formal, controlled language, with his voice only wavering when he spoke about the dog.

Hatch was then shot in his right leg, just above the knee. He described screaming in pain and worrying that he was endangering fellow troops. "I really thought I was going to die," he said. The Navy SEAL was then airlifted out.

"Everyone on that mission was aware [Bergdahl] walked off," Hatch said. When asked why they went after him, Hatch responded: "Because he's an American."

"The next 10 days were just kind of a blur," he said. "Everybody in Afghanistan was looking for Bergdahl."

On Monday, the military judge probed whether recent comments by President Trump could challenge the fairness of the legal proceedings. As we reported:

"Under the military justice system, it's unlawful for commanders to influence legal cases, or even give the appearance of influence. That principle covers the president as commander-in-chief.

"Bergdahl, who spent five years in Taliban captivity, was a frequent target for Trump when he was a candidate. Trump suggested in 2015 that Bergdahl 'should be shot,' as NPR's Rebecca Hersher reported.

"In previous filings, lawyers for Bergdahl cited at least 45 instances where candidate Trump called their client a traitor."

On Monday, Trump said: "I can't comment on Bowe Bergdahl. ... But I think people have heard my comments in the past."

Nance said at the beginning of Wednesday's hearing that he hasn't decided whether these comments constitute undue influence and would rule at a later point. The defense wants a motion to dismiss the whole case. The judge's decision on this could factor into Bergdahl's sentence.

Nance has broad discretion in determining that sentence — he could sentence Bergdahl to life in prison or he could let him walk out of court a free man, saying in a sense that the five years he spent in Taliban captivity is punishment enough.