Accessibility links
Vanuatu Volcano Alert Passes, And Islanders Are Allowed To Return : The Two-Way After a somewhat frenzied exit from the island of Ambae, officials are trying to ensure residents' return trips are orderly.

Vanuatu Volcano Alert Passes, And Islanders Are Allowed To Return

Vanuatu Volcano Alert Passes, And Islanders Are Allowed To Return 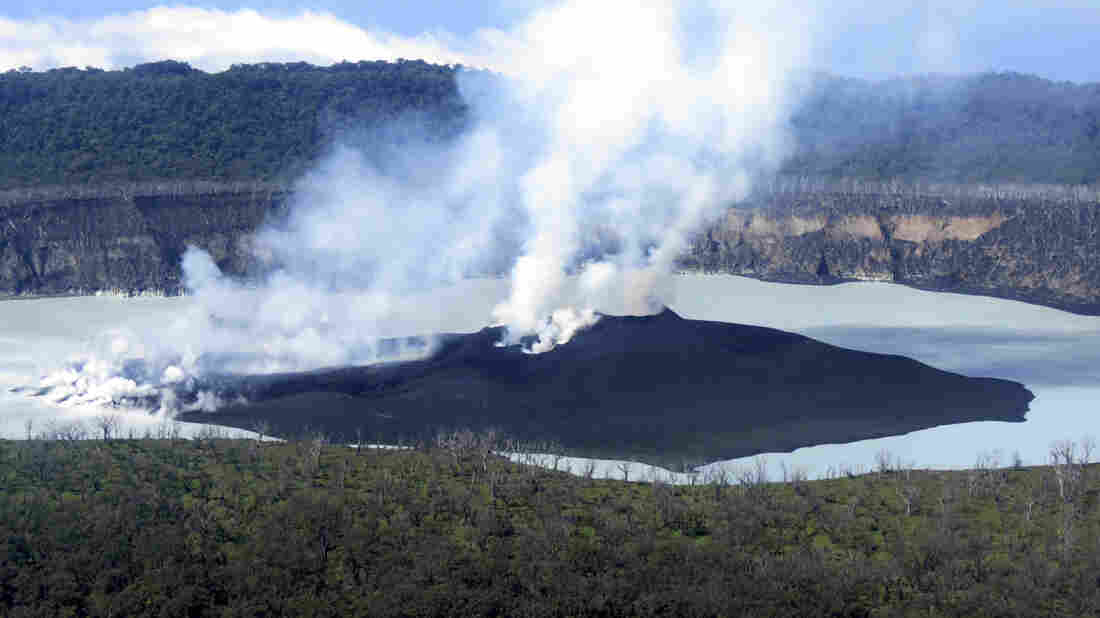 Residents of Ambae, in Vanuatu, are beginning to return home this week. In this photo from Oct. 1, that was provided by the Vanuatu Meteorological and GeoHazards Department, the volcanic cone is seen that formed in Lake Vui near the summit of Ambae Island. Brad Scott/AP hide caption 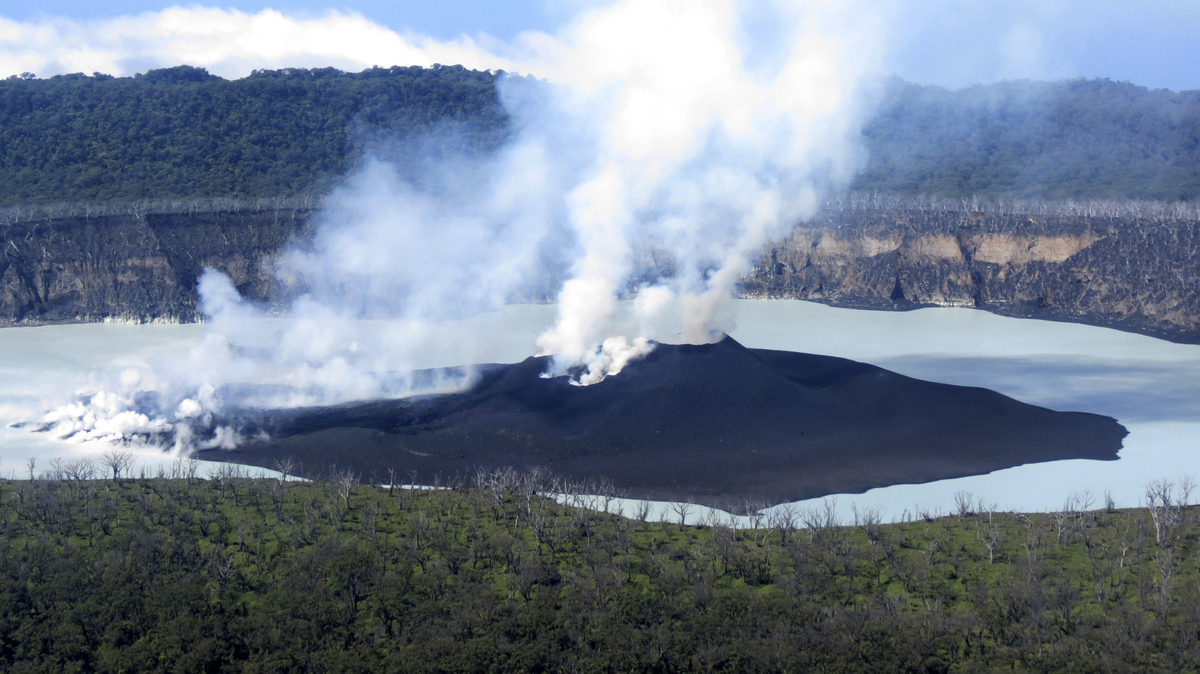 Residents of Ambae, in Vanuatu, are beginning to return home this week. In this photo from Oct. 1, that was provided by the Vanuatu Meteorological and GeoHazards Department, the volcanic cone is seen that formed in Lake Vui near the summit of Ambae Island.

Nearly one month after an entire island was evacuated over concerns of a pending volcanic eruption, thousands of people are now being allowed to return to Ambae, and island in the South Pacific nation of Vanuatu.

Some 11,000 people live on the island, an oblong land mass that's dominated by the volcano that looms nearly 5,000 feet above sea level.

The first Ambae residents returned to their home island in the Pacific archipelago on Monday, Vanuatu's government said, posting a photo showing people carrying luggage and supplies away from a dock along Ambae's rocky coastline.

After a somewhat frenzied exit from the island, officials are trying to ensure residents' return trips are more orderly. Over the weekend, the government says, officials were dropped off at the island to prepare it to be reinhabited. At the departing port, families are called forward one by one, their names checked against a list.

Alert levels were raised over the Manaro Voui volcano in late September, when the Vanuatu Meteorology and Geohazards Department said it was in "an ongoing moderate eruption state" — and, with an increasing pace of worrying signs, its alert level was raised at 4 — one short of a "very large eruption."

The threat level was lowered more than a week after the full evacuation was ordered. But as the Vanuatu Independent reported, many Ambae residents who took boats to nearby islands have said they're still worried about a possible cataclysm. At least one village had decided to try to obtain land on a nearby island, the newspaper said.

The Independent also described what the island was like without any of its human inhabitants:

"Government officers returning from Ambae Island say the place is eerily empty – a ghost island. Some of the more superstitious said they could hear children crying and footsteps without people.

"They said pets and livestock roam the island freely and the volcano let off a massive boom just yesterday that could be heard all over the island."

During the recent scare, Manaro Voui spewed rocks, ash and lava; the activity created a new island — a volcanic cone — in one of the lakes in the volcano's summit caldera. Government experts say that even with the alert level eased, people should still stay three kilometers (1.8 miles) away from an active vent at the lake.

Vanuatu officials had been questioned for declaring the mandatory exodus, which triggered a mass effort to bring people off of Ambae with whatever boats were available. At the time, Vanuatu Prime Minister Charlot Salwai said, "Volcanoes can't be compared to tropical cyclones," adding that the goal was to be safe.

Discussing the evacuation of Ambae, Geology and Mines Minister Ralph Regenvanu has echoed Salwai's sentiment. Hawaii Public Radio quotes Regenvanu stating, "We took the decision that it's better to be safe than sorry, and indications have come that the volcano has now been able to vent, which has released the pressure."