Accessibility links
Narcan Opioid Overdose Spray Is Now Stocked By All Walgreens Pharmacies : The Two-Way Letting people get the medicine "without an individual prescription in 45 states is critical in combating this crisis," says the CEO of Narcan maker Adapt Pharma. 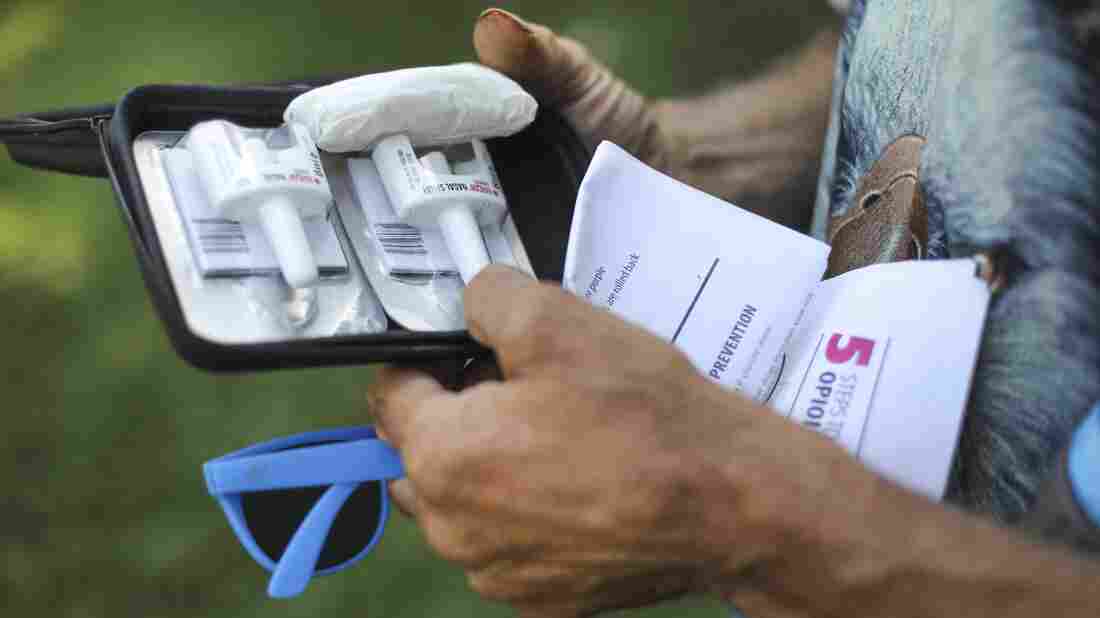 A man checks out an anti-overdose kit he was given at a clinic. With America confronting an opioid epidemic, Walgreens says it will stock naloxone spray at all of its pharmacies. Richard Lautens/Toronto Star via Getty Images hide caption 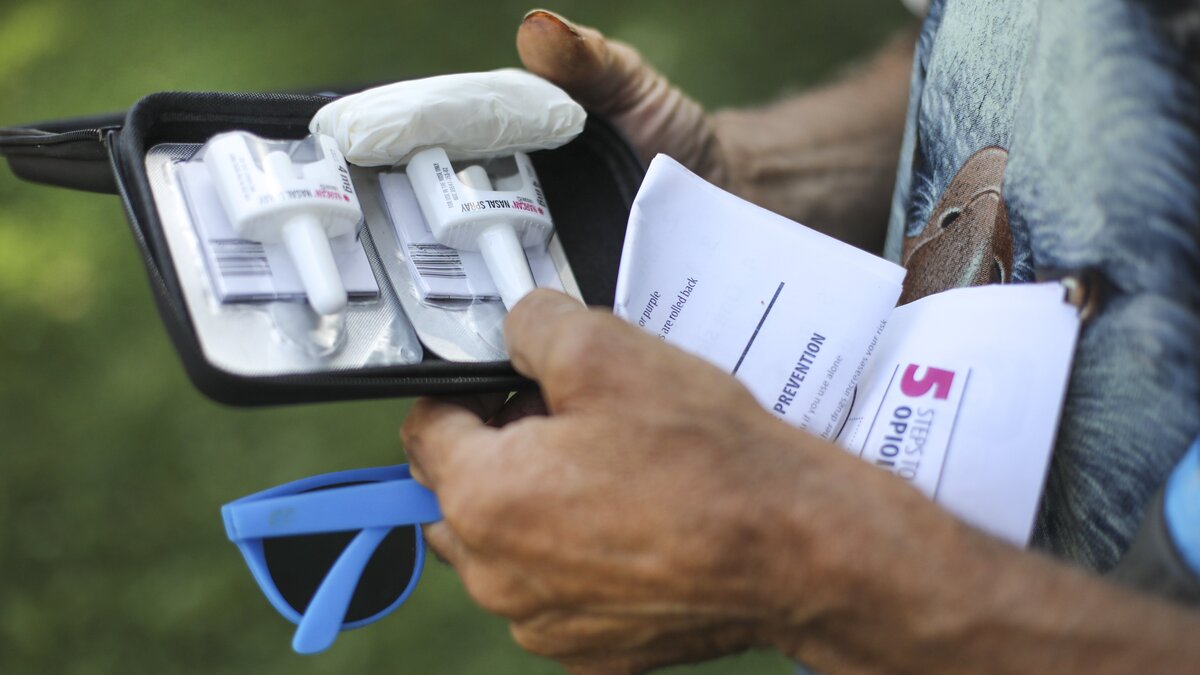 A man checks out an anti-overdose kit he was given at a clinic. With America confronting an opioid epidemic, Walgreens says it will stock naloxone spray at all of its pharmacies.

It has the power to save lives by targeting opioid overdoses — something that kills more than 140 Americans every day. And now Narcan, the nasal spray that can pull a drug user back from an overdose, is being carried by all of Walgreens' more than 8,000 pharmacies.

"By stocking Narcan in all our pharmacies, we are making it easier for families and caregivers to help their loved ones by having it on hand in case it is needed," said Walgreens vice president Rick Gates.

The pharmacy chain is making the move as America struggles to respond to an opioid epidemic that President Trump is declaring a national emergency on Thursday, hoping to fight the opioid crisis that has struck families and communities from rural areas to cities.

Calling the Walgreens move "an important milestone," Seamus Mulligan, CEO of Narcan maker Adapt Pharma, said that letting people get the medicine "without an individual prescription in 45 states is critical in combating this crisis."

In recent years, both Walgreens, the nation's No. 2 pharmacy chain, and CVS, the No. 1 chain, have moved to widen access to Narcan and other products that contain naloxone, a fast-acting overdose antidote. As of last month, CVS reportedly offered prescription-free naloxone in 43 states. The chain has said that its pharmacies "in most communities have naloxone on hand and can dispense it the same day or ordered for the next business day."

Previously, Walgreens made the opioid antidote available in 33 states and Washington, D.C.; the new plan calls for stocking it in an additional 2,200 stores nationwide. The company says it will also inform customers about Narcan if they are given drugs with more than 50 morphine milligram equivalents.

As both demand and access to overdose antidotes have risen, so have prices: While Narcan has been a steady $125, a naloxone auto-injector called Evzio now costs thousands of dollars, as NPR's Alison Kodjak reported in August. Lower prices are available through insurance programs; many first-responder agencies also get the drug at a lower rate.

In 2015, a total of 52,404 people died in the United States from drug overdoses, and 33,091 of them died from overdoses involving opioids, the CDC said. In 2016, overdose deaths soared to more than 64,000 — with fentanyl and its analogs accounting for more than 20,000 fatal overdoses, according to the agency's data.

Whether they've overdosed on heroin, synthetic opioids such as fentanyl, or prescription drugs such as oxycodone and hydrocodone, patients have been able to recover after receiving naloxone.

The National Institute on Drug Abuse calls naloxone "an opioid antagonist—meaning that it binds to opioid receptors and can reverse and block the effects of other opioids. It can very quickly restore normal respiration to a person whose breathing has slowed or stopped as a result of overdosing with heroin or prescription opioid pain medications."