Accessibility links
Winner Of High School Golf Tournament Denied Trophy, Because She's A Girl : The Two-Way Emily Nash was allowed to compete in a Massachusetts boys golf tournament, as part of her team. But she couldn't win individual prizes — despite a four-stroke victory over the next-best player. 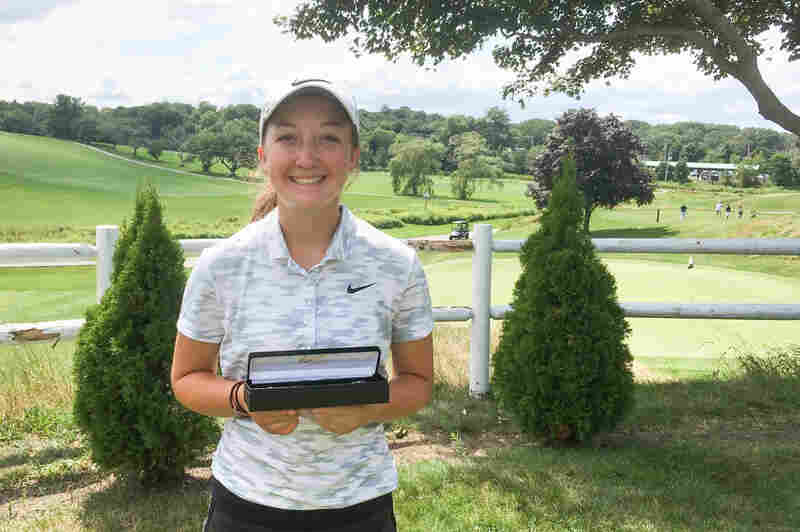 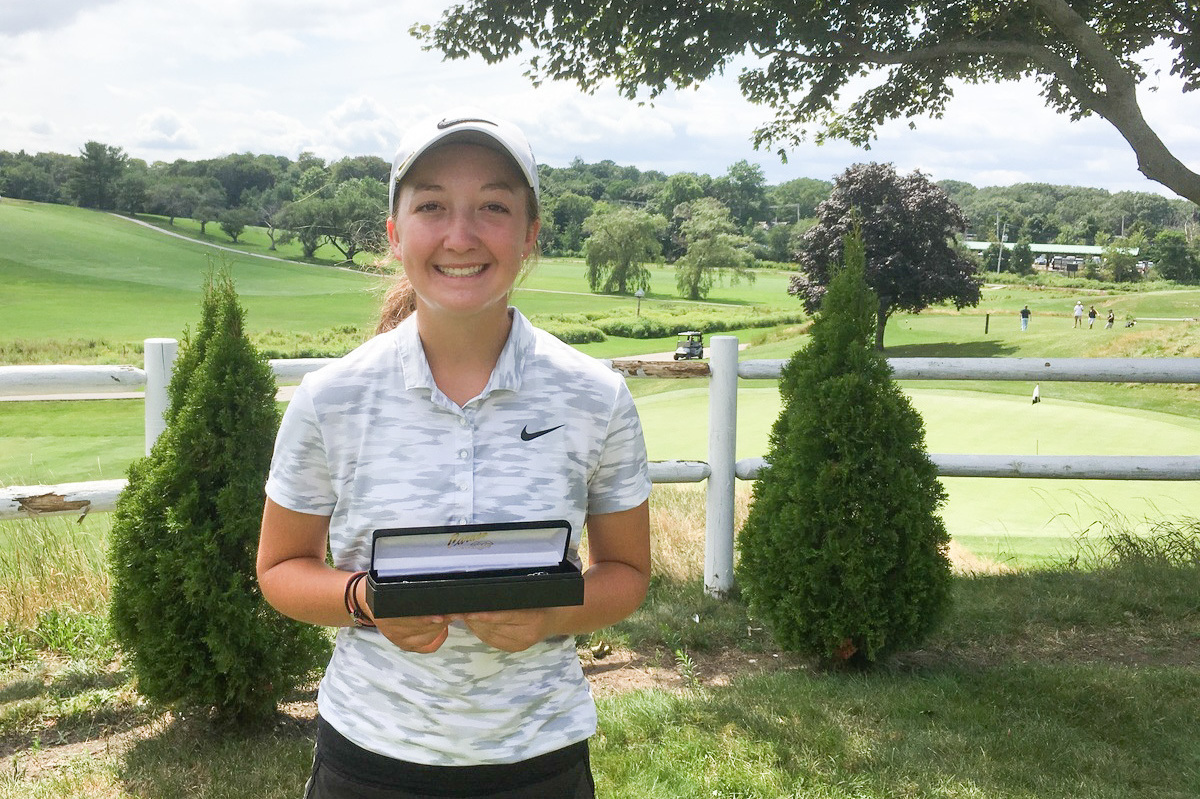 Emily Nash, shown on Aug. 8 after winning the Massachusetts Golf Association's WGAM Junior Amateur Championship. This month, in an unrelated high school tournament, Nash was denied a trophy despite her winning score.

Courtesy of the Massachusetts Golf Association

Nash, a junior at Lunenburg High School in Lunenburg, Mass., had the lowest score in the Central Mass Division 3 Boys' Golf Tournament. But the first-place trophy was awarded to a boy who was four strokes behind her, because of the rules of the tournament.

According to the Massachusetts Interscholastic Athletic Association, girls can play in the boys' golf tournament as part of a team, but they aren't allowed to be entered as individuals.

That means Nash doesn't get a trophy, or a spot in the boys state championship.

That was a surprise to her, although her coach was aware of the rule.

"I wasn't aware that if I won I wouldn't get the title or the trophy," she told local TV station WPBF. "I feel like it's a bit unfair."

T.J. Auclair, a writer for the PGA, agreed. He called her 3-over-par score "impressive" and wrote that the rule that denied her a trophy is "so bad it makes a shank look good":

"So, let's get this straight. Nash's score which was the best in the field by four strokes, was OK to count toward the team effort, but not OK to count individually?

"And for those wondering, yes, Nash did play from the same tees as the boys, which makes this situation all the more perplexing.

One volunteer rules official who helped with the tournament told the Worcester Telegram & Gazette the situation is a "real injustice."

Lunenberg High School doesn't have a girls' golf team, WPBF reports. And the boys' team, despite the boost from Nash's performance, didn't qualify for a spot at states.

Nash does qualify to compete in the individual girls' championship, which will be held in the spring, MIAA says in a statement.

"The individual tournament opportunity for female golfers takes place during the spring season," the group said.

Nash's father told the TV station, "It is what it is. Those are the rules of golf, and she plays by the rules."

But pro golfer Brittany Altomare — who is from central Massachusetts, and played in the boys' state tournament when she was in high school — said the rules should be changed, in this case.

And David S. Cohen, a law professor at Drexel University, says the rule raises Title IX concerns. The law does allow contact or skill-based sports to be separated by gender, he says — so MIAA could have kept girls out of the boys' tournament completely.

"But ... once they say, 'We're going to let girls participate,' they're required by Title IX to treat them equally," he says. "And denying someone the trophy and the championship is far from treating them equally."

He cited the case of a female Duke student who was allowed to try out for the football team. The courts ruled that once she joined the team, she had to be treated the same as the men.

Meanwhile, the male athlete who was awarded first place offered to give his trophy to Nash, saying she had earned it.

She declined but said she appreciated the gesture.

"He came over and said he didn't win the tournament, that I did," she told WPBF. "It was really nice of him and respectful."