Accessibility links
Documents Offer Insight Into Soviet View Of JFK Assassination : The Two-Way The Communist Party was reportedly alarmed and believed that the killing of President John F. Kennedy was part of a larger "ultraright" coup to overthrow the U.S. government. 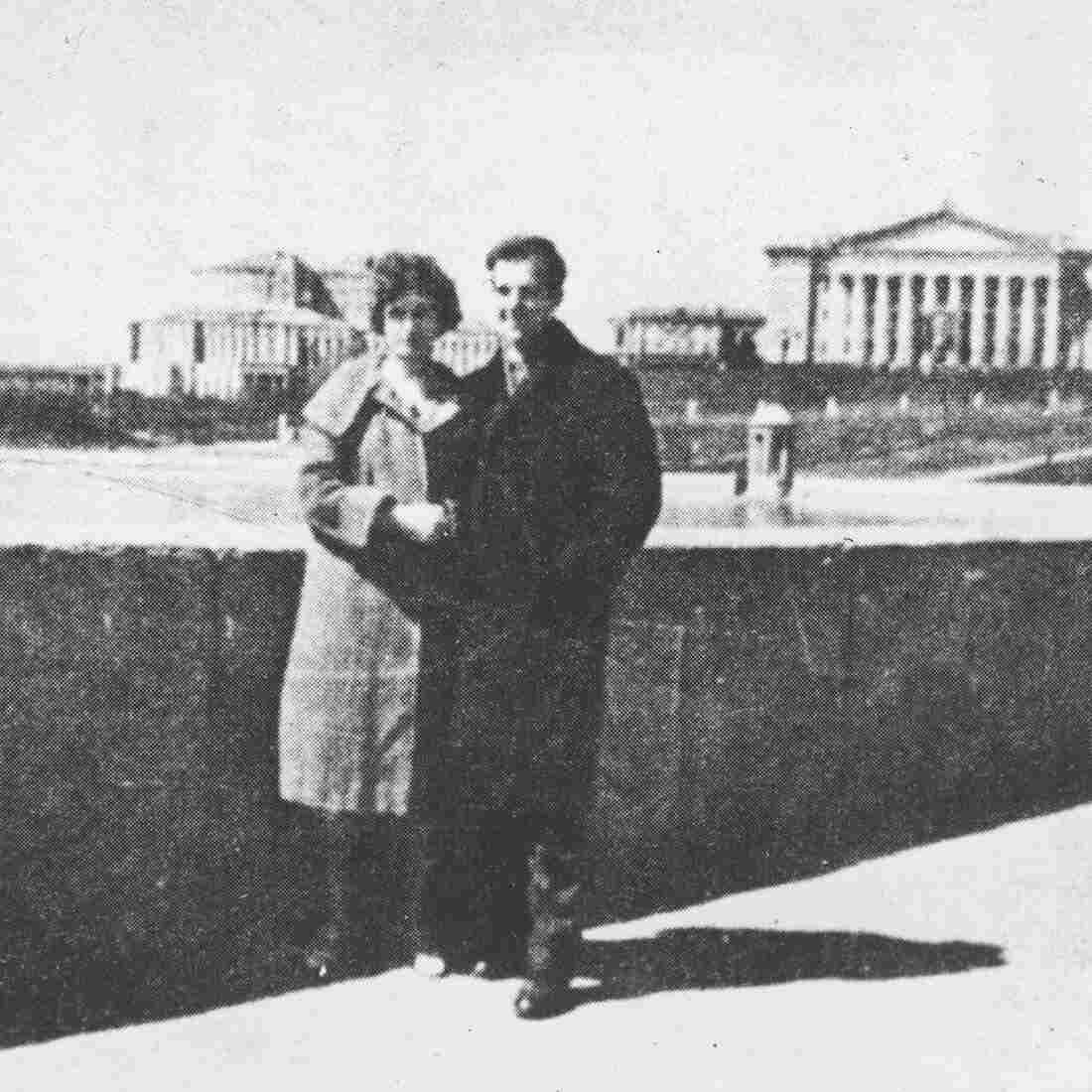 American Lee Harvey Oswald and his Russian wife, Marina, pose on a bridge walk in Minsk during their stay in the Soviet Union. This is a 1964 handout photo from the Warren Commission. AP hide caption 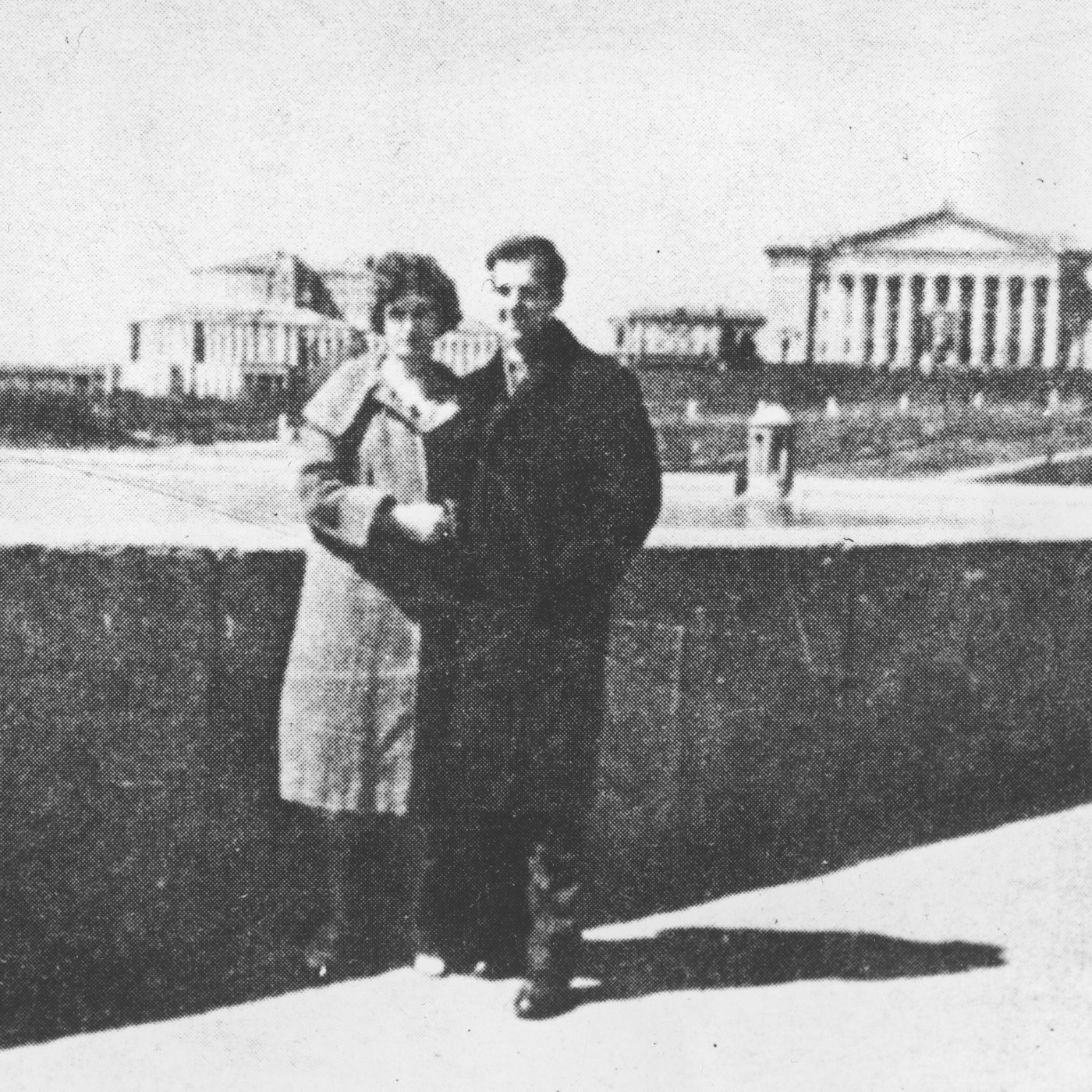 American Lee Harvey Oswald and his Russian wife, Marina, pose on a bridge walk in Minsk during their stay in the Soviet Union. This is a 1964 handout photo from the Warren Commission.

Was the Soviet Union involved in the 1963 assassination of President John F. Kennedy?

Given Cold War tensions and the fact that shooter Lee Harvey Oswald had defected to the Soviet Union and lived there in the years leading up to the assassination, it's a question that has long intrigued even the mildly conspiracy-minded.

Some 2,800 documents released by order of President Trump on Thursday provide some possible insights into how the assassination was viewed inside the Soviet Union.

That reaction appears to have been one of genuine surprise, as well as concern inside the Communist Party that the killing of Kennedy might be part of a larger right-wing coup to take over the U.S. government.

A memo labeled "Top Secret" and dated Dec. 1, 1966, from FBI Director J. Edgar Hoover to Marvin Watson, a special assistant to President Lyndon Johnson, cites "[a] source who has furnished reliable information in the past and who was in Russia on the date of the assassination. ..."

The news, it says, "was greeted by great shock and consternation and church bells were tolled in the memory of President Kennedy."

The memo continues: "According to our source, officials of the Communist Party of the Soviet Union believed there was some well-organized conspiracy on the part of the 'ultraright' in the United States to effect a 'coup.' They seemed convinced that the assassination was not the deed of one man but that it arose out of a carefully planned campaign in which several people played a part."

The Soviets were fearful that the assassination would be used to play on "anticommunist sentiments" in the U.S. to "stop negotiations with the Soviet Union, attack Cuba and thereafter spread war."

Oswald, a former U.S. Marine, went to the Soviet Union in 1959 and married there. Seemingly disenchanted with Soviet life, he returned to U.S. soil less than two years later after apparently trying to commit suicide.

The FBI memo, citing the unnamed source, says "Soviet officials claimed that Lee Harvey Oswald had no connection whatsoever with the Soviet Union. They described him as a neurotic maniac who was disloyal to his own country and everything else."

The same single source reported that the KGB, the Soviet intelligence agency, "issued instructions to all of its agents to immediately obtain all data available concerning" President Lyndon Johnson. The memo said that in the months after Kennedy's death, the KGB had come into "possession of data purporting to indicate that President Johnson was responsible for the assassination of the late President John F. Kennedy."

A different memo, this one from the CIA director of security to CIA headquarters, originally classified "Secret" and dated March 11, 1964, refers to a George M. Lesnik, a former KGB agent who was in Moscow on the day of the Kennedy assassination.

After hearing the news, Lesnik "dashed to his office" to look at Oswald's file. "When he found the file he reviewed it and found that Oswald had not been used or even approached for use by the Russian intelligence." Lesnik said that he then called others in the KGB, who said they were unaware of Oswald's having been cultivated in any way before returning to the United States.