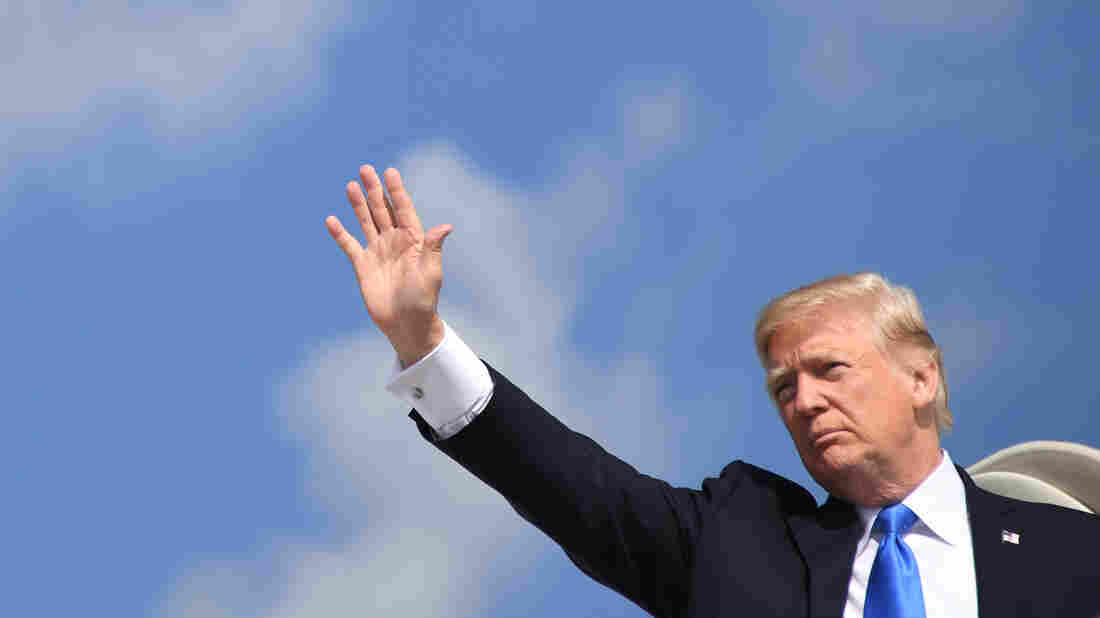 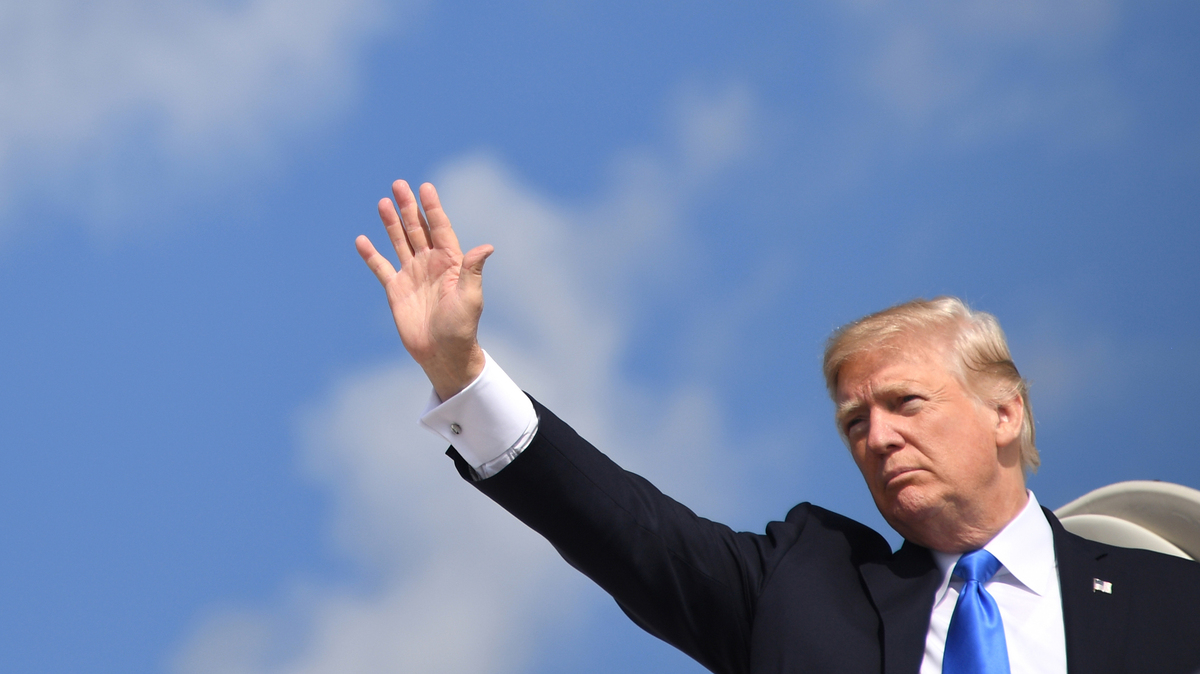 President Trump departs from Andrews Air Force Base in Prince George's County, Md., on Wednesday. He denies claims from the unsubstantiated dossier.

The conservative news website The Washington Free Beacon says during the 2016 campaign it first hired the firm that later produced a dossier of unsubstantiated information about Donald Trump's Russia ties.

The dossier "describes a concerted effort by Russian President Vladimir Putin to cultivate a relationship with Trump and his camp," NPR's Philip Ewing explained. "The document, which describes information provided by Russian government and other sources, details behavior by Trump that could leave him open to blackmail, as well as alleged secret meetings between Trump aides and Russian officials called to discuss the campaign against Clinton and potential new business relationships."

But in a statement posted Friday evening, the Free Beacon says it doesn't have anything to do with the actual dossier.

"The Free Beacon had no knowledge of or connection to the Steele dossier, did not pay for the dossier, and never had contact with, knowledge of, or provided payment for any work performed by Christopher Steele," wrote the site's Editor in Chief Matthew Continetti and Chairman Michael Goldfarb.

President Trump has denied the claims made in the dossier. "It is now commonly agreed, after many months of COSTLY looking, that there was NO collusion between Russia and Trump. Was collusion with [Hillary Clinton]!" Trump wrote on Twitter Friday morning.

Continetti and Goldfarb wrote that they hired the political research firm Fusion GPS "to provide research on multiple candidates in the Republican presidential primary, just as we retained other firms to assist in our research into Hillary Clinton.

Earlier this week The Washington Post reported that after initially being hired by Trump's Republican primary opponents, Fusion GPS continued its work, but for Democrats.

Lawyer Marc Elias, who represented Hillary Clinton's campaign and the Democratic National Committee, hired the firm in April 2016 to conduct opposition research, according to the newspaper. The "Clinton campaign and the DNC, through the law firm, continued to fund Fusion GPS's research through the end of October 2016, days before Election Day."

News reports have supported "one aspect of the dossier — Trump loyalists did have contacts with Russians during the campaign," NPR's Ryan Lucas says.

Continetti and Goldfarb say people representing the Free Beacon offered on Friday to provide the House Intelligence Committee with answers to questions it may have surrounding Fusion GPS and the Steele dossier. The House committee is conducting one of multiple investigations into Russian influence in the 2016 election.

A previous photo caption incorrectly said Andrews Air Force base is in Arlington, Va. It is in Prince George's County, Md.