Accessibility links
Kevin Spacey Apologizes To Anthony Rapp Over Alleged Sexual Misconduct : The Two-Way "I'm beyond horrified to hear his story. I honestly do not recall the encounter," Kevin Spacey said in response to allegations. 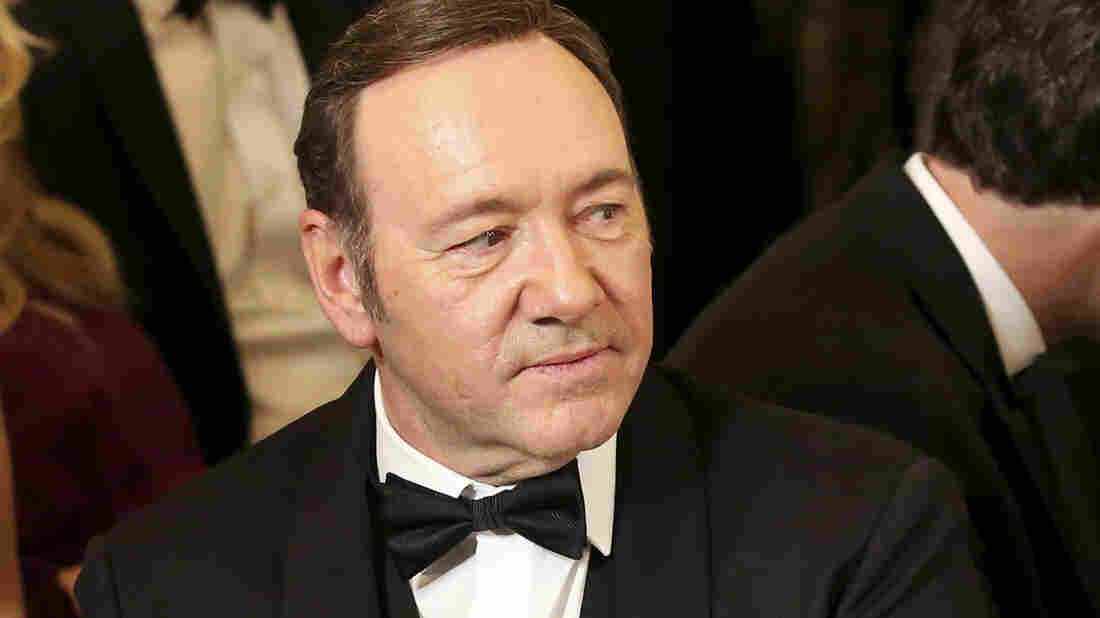 After a fellow actor made allegations against him, Kevin Spacey says, "if I did behave then as he describes I owe him the sincerest apology for what would have been deeply inappropriate drunken behavior." Aude Guerrucci/Getty Images hide caption 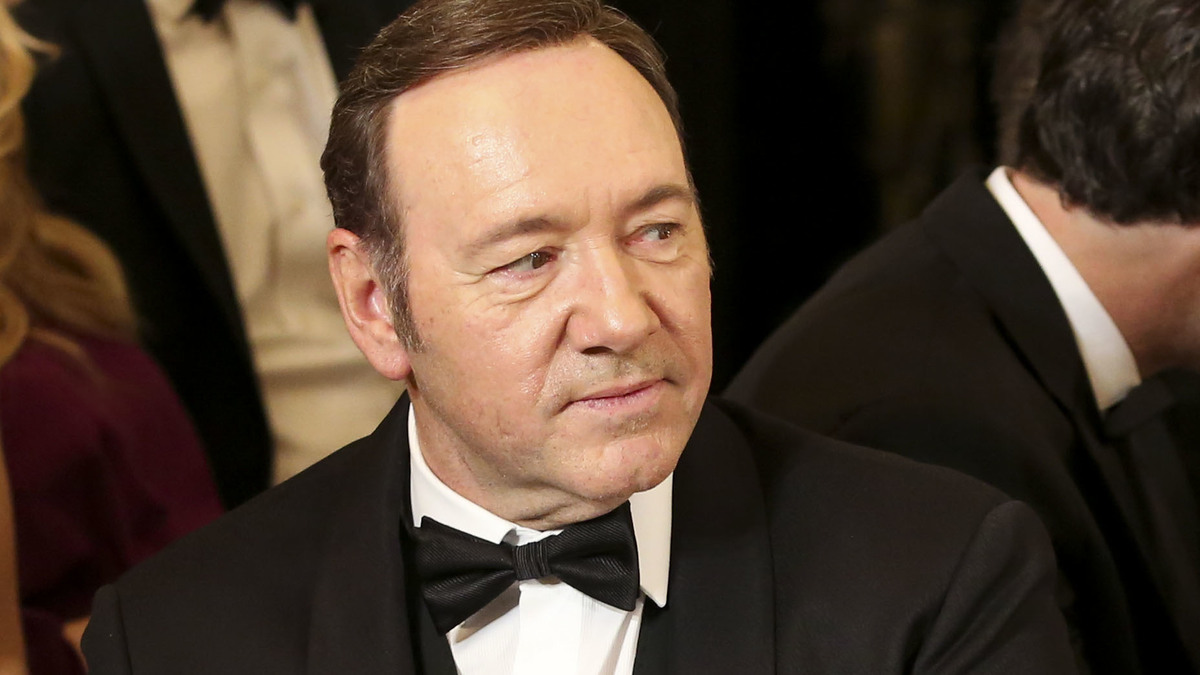 After a fellow actor made allegations against him, Kevin Spacey says, "if I did behave then as he describes I owe him the sincerest apology for what would have been deeply inappropriate drunken behavior."

"I'm beyond horrified to hear his story," Kevin Spacey says of fellow actor Anthony Rapp, who accused Spacey of making a physical sexual advance toward him when Rapp was 14 years old.

Spacey has apologized; he also says he can't remember the incident. Spacey is also being criticized for using his statement of contrition as a platform for coming out as a gay man.

Rapp, 46, made the allegation against Spacey in an interview with Buzzfeed that was published Sunday night. In it, he said that when he was a teenage actor working in New York, Spacey invited him to his apartment for a party, after which the older actor, then in his mid-20s, carried Rapp to a bed and laid on top of him.

"He was trying to seduce me," Rapp told Buzzfeed. "I don't know if I would have used that language. But I was aware that he was trying to get with me sexually."

Rapp said that he was able to push Spacey away and soon left the apartment — but that the incident has stuck with him.

I came forward with my story, standing on the shoulders of the many courageous women and men who have been speaking out 1/3

"The older I get, and the more I know, I feel very fortunate that something worse didn't happen," he said. "And at the same time, the older I get, the more I can't believe it. I could never imagine [that] anyone else I know would do something like that to a 14-year-old boy."

By going public with his story on the heels of earthshaking allegations of sexual assault and predatory behavior by Harvey Weinstein, James Toback, and other powerful Hollywood and media figures, Rapp said he was "standing on the shoulders of the many courageous women and men who have been speaking out to shine a light and hopefully make a difference, as they have done for me."

Within hours, Spacey had responded to the Buzzfeed interview. In a tweet that was posted at midnight Eastern Time, the actor, 58, said of Rapp:

"I'm beyond horrified to hear his story. I honestly do not recall the encounter, it would have been over 30 years ago. But if I did behave then as he describes I owe him the sincerest apology for what would have been deeply inappropriate drunken behavior, and I am sorry for the feelings he describes having carried with him all these years."

In a much-debated pivot, Spacey then devoted the second (and longer) half of his statement to say that Rapp's story "has encouraged me to address other things about my life."

He went on to confirm longstanding rumors about his sexuality, stating, "I choose now to live as a gay man."

Spacey's use of his first public statement about alleged inappropriate behavior toward a teenager to come out generated a second wave of discussion on Twitter and other social media outlets.

A top comment on Spacey's tweeted statement comes from the conservative Columbia Bugle, which said, "Nobody cares if you're gay, what we care about is that you allegedly sexually assaulted a young boy, you imbecile."

Others accused the actor of using a coming-out story as a distraction from the damaging news about him.

"No no no no no!" actress and comedian Wanda Sykes wrote. "You do not get to 'choose' to hide under the rainbow! Kick rocks!"

Dan Savage, the advice columnist and activist, wrote, "Nope to Kevin Spacey's statement. Nope. There's no amount of drunk or closeted that excuses or explains away assaulting a 14-year-old child."

Spacey, an Oscar winner who was made an honorary knight of the British empire last summer, concluded his statement by writing, "I want to deal with this honestly and openly and that starts with examining my own behavior."

It was not clear whether Spacey was referring to dealing with his own sexuality, or with Rapp's allegations against him.