Accessibility links
Dennis Banks, Native American Activist And Wounded Knee Occupier, Dies At 80 : The Two-Way Banks was a founding member of the American Indian Movement and a leader of the armed occupation of Wounded Knee in 1973. 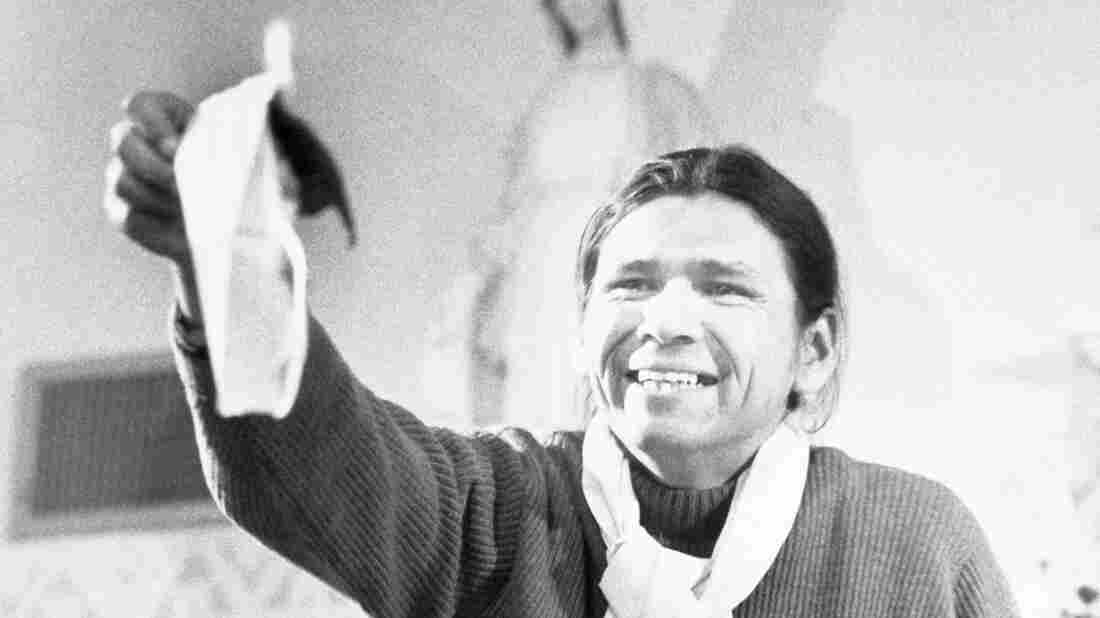 Dennis Banks, a leader of the American Indian Movement, burns a government proposal that would have let the AIM occupiers leave Wounded Knee in 1973. The Native American protesters then put the ashes into an envelope and sent it back to the government. Bettmann Archive hide caption 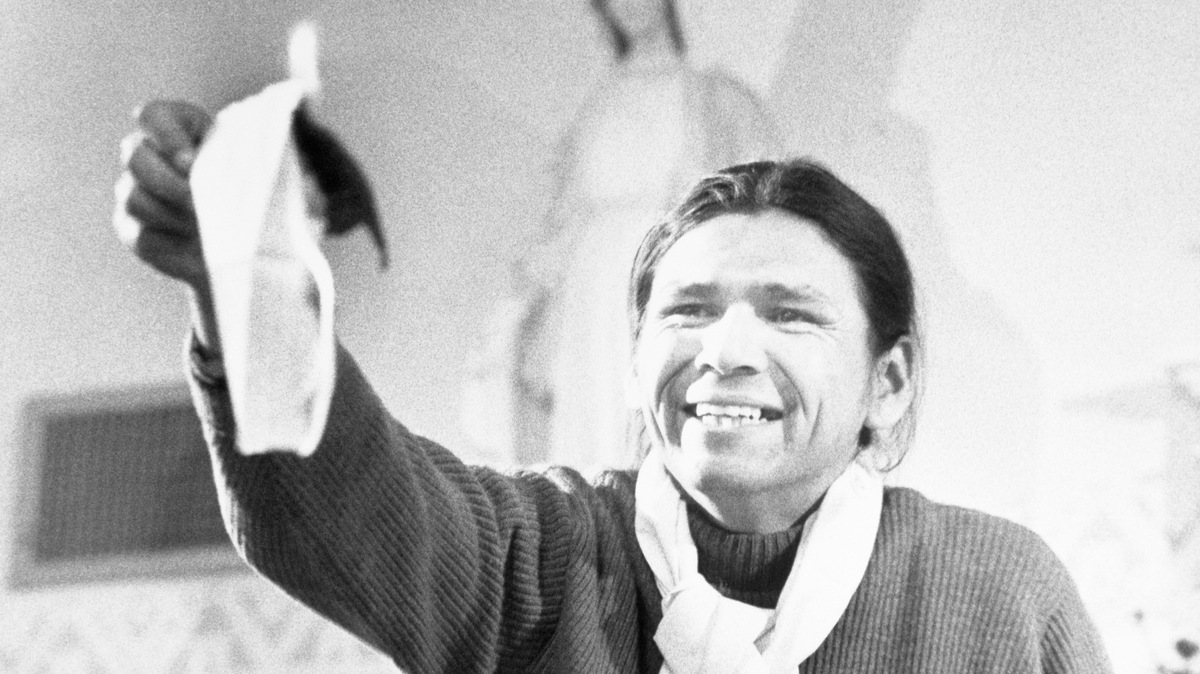 Dennis Banks, a leader of the American Indian Movement, burns a government proposal that would have let the AIM occupiers leave Wounded Knee in 1973. The Native American protesters then put the ashes into an envelope and sent it back to the government.

Dennis Banks, a Native American activist who co-founded the American Indian Movement and helped lead the 1973 armed occupation of Wounded Knee, has died at 80.

His death was announced on Facebook, and confirmed by his family in a statement to The Associated Press.

Banks was Ojibwe and Turtle Clan, and his Ojibwe name was Nowa Cumig. He died surrounded by his family on Sunday.

He co-founded the American Indian Movement, or AIM, in 1968 to advocate on behalf of native people and against discriminatory federal policies and practices. Group members, including Banks, began participating in a lengthy occupation of Alcatraz Island initiated by the Indians of All Tribes in 1969. That occupation captured national attention as protest over, among other things, living conditions on reservations.

But it was the 71-day occupation of Wounded Knee that propelled Banks, in particular, to the spotlight.

NPR's Leah Donnella has reported on that historic event:

"During the 1973 demonstration, about 200 people occupied the town of Wounded Knee on the Pine Ridge Reservation in South Dakota — the site of an 1890 massacre in which U.S. soldiers killed hundreds of Native Americans. Protesters turned Wounded Knee into what one former AIM leader called "an armed camp" in order to protest corruption in tribal leadership and draw attention to the U.S. government's failure to honor treaties.

"Over the course of the 1973 occupation, two Sioux men were killed and hundreds more arrested. But the resistance, which lasted 71 days, underscored Native American civil rights issues ... "

In 1998, Banks told NPR that the purpose of the protest was to focus attention on the U.S. government's poor treatment of native people.

"It was aimed at trying to ... bring about major change in America regarding policies, attitude, and the behavior of white America," he said.

As one of the most prominent leaders of the occupation, Banks, along with fellow activist Russell Means, faced felony assault and riot charges. Both men were acquitted of wrongdoing.

"However, Banks spent 18 months in prison in the 1980s after being convicted for rioting and assault for a protest in Custer, South Dakota, earlier in 1973," the AP reports. "He avoided prosecution on those charges for several years because California Gov. Jerry Brown refused to extradite him, and the Onondaga Nation in New York gave him sanctuary."

In the last '70s, he developed the idea of the Longest Walk, a five-month march from California to Washington, D.C. " It was a departure from the actions at Wounded Knee," Banks told the National Museum of the American Indian. "This time we would pledge to walk across with our pipes, and it would be a great spiritual walk."

Later in life, Banks founded a wild rice and maple syrup company, using the sap from trees on the Leech Lake reservation in northern Minnesota, where he was born. Brian Bull, who was working for South Dakota Public Radio at the time, profiled Banks for NPR in 2001.

"You'd have a hard time guessing the ... syrup peddler was once regarded as a radical militant, the same Dennis Banks who took up arms in 1973 or fraternized with other fiery AIM leaders," Bull said. "You might even think Banks has gone soft in the last 20 years. But ask him what path Native people should take and the fire comes back.

Banks told Bull that even in his maple syrup business, he was building opportunities for his community and raising awareness of Native issues. He pointed to a maple syrup label, where it gave a nod to AIM.

He said he didn't feel the need to be at every political rally, because the young people would carry the movement forward — and that he wasn't worried whether that new generation knew about the pivotal role that AIM played in Native activism.

Banks' children and grandchildren sang to him as he died on Sunday. "We proudly sang him the AIM song as his final send off," they wrote on Facebook.