Accessibility links
Netflix Says 'House of Cards' Will End After 6 Seasons : The Two-Way Reports say the decision was already in the works before allegations surfaced over the weekend that lead actor Kevin Spacey had attempted to seduce a teenage actor in 1986. 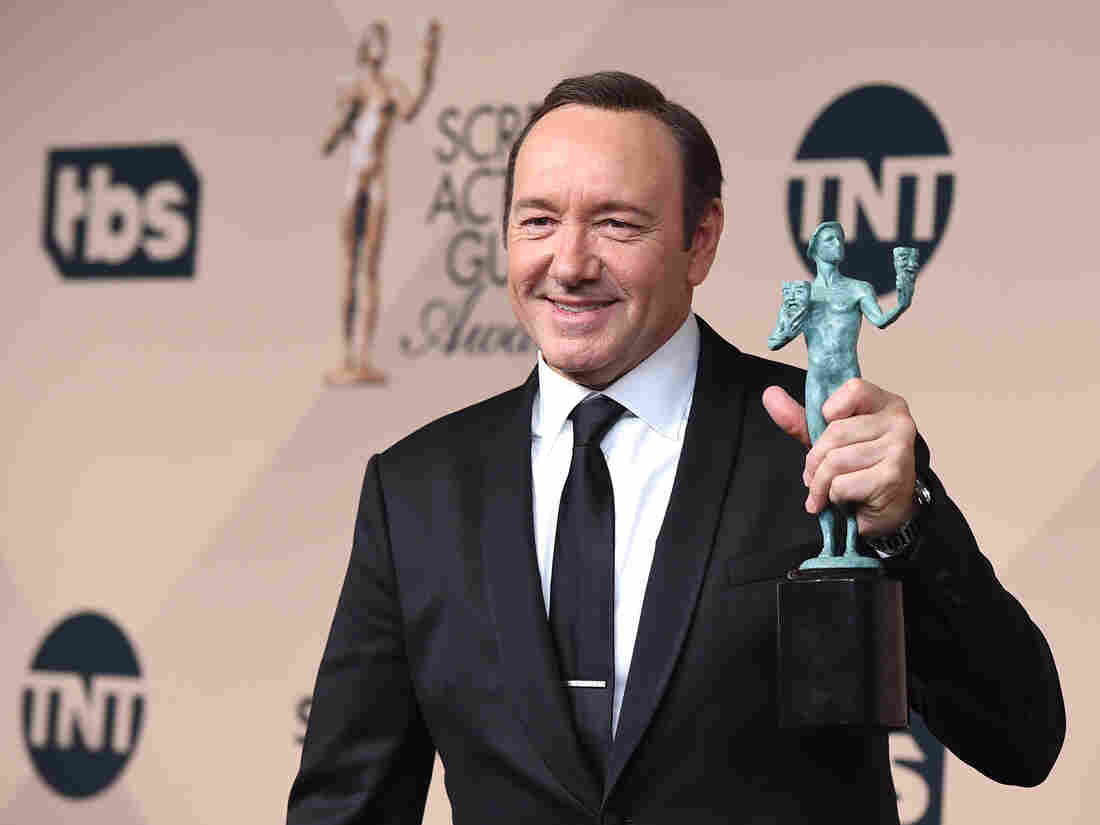 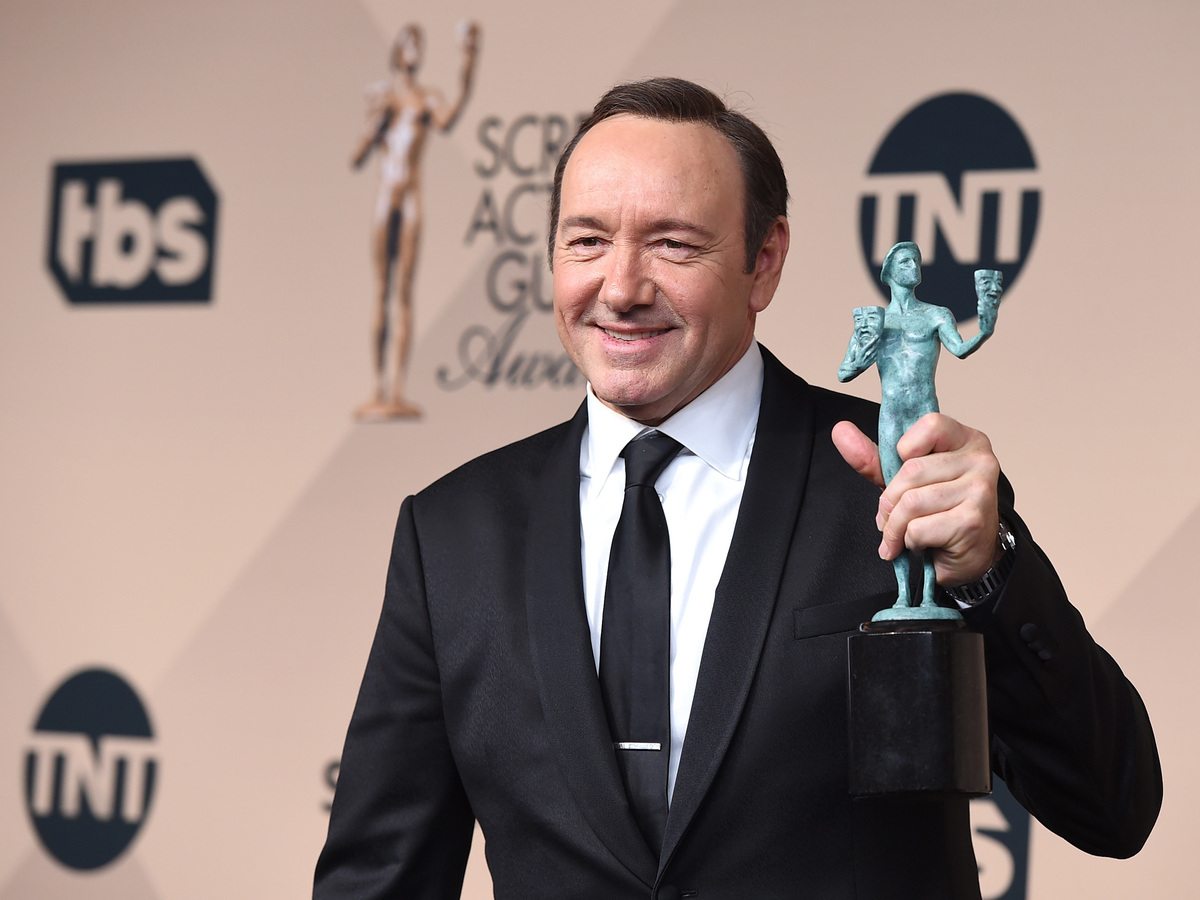 Kevin Spacey was awarded outstanding male actor in a drama series for House of Cards at the Screen Actors Guild Awards in January 2016.

Actor Kevin Spacey's days portraying power-mad Washington politician Frank Underwood are drawing to a close with the Netflix announcement that the series House of Cards will end with the final season of 13 episodes debuting in 2018.

The move comes a day after Spacey acknowledged an allegation that he tried to seduce teenage actor Anthony Rapp in 1986. Spacey said he didn't remember the encounter but offered his "sincerest apology" for "deeply inappropriate drunken behavior." Rapp was 14 years old at the time.

In a tweeted statement, Spacey also wrote, "I have loved and had romantic encounters with men throughout my life, and I choose now to live as a gay man."

According to BuzzFeed, Netflix did not say whether the scandal affected its decision to end the series. But in a joint statement with Media Rights Capital, the two companies said that they were "troubled" by the allegations.

"In response to last night's revelations, executives from both of our companies arrived in Baltimore this afternoon to meet with our cast and crew to ensure that they continue to feel safe and supported. As previously scheduled, Kevin Spacey is not working on set at this time," they said.

There are reports, here and here, that the decision to end the series was made several months ago but only announced on Monday.

Spacey's apology has been met with criticism for conflating his mea culpa with his decision to come out. The president and CEO of GLAAD, Sarah Kate Ellis, said in a statement, "Coming out stories should not be used to deflect from allegations of sexual assault."

Also Monday, the International Academy of Television Arts & Sciences said it has decided not to give Spacey its International Emmy Founders Award this year.