Accessibility links
Myanmar's Suu Kyi Visits Rakhine Amid Violent Crackdown On Rohingya : The Two-Way The visit comes as violence against the minority Muslim population has forced hundreds of thousands to flee across the border to neighboring Bangladesh. 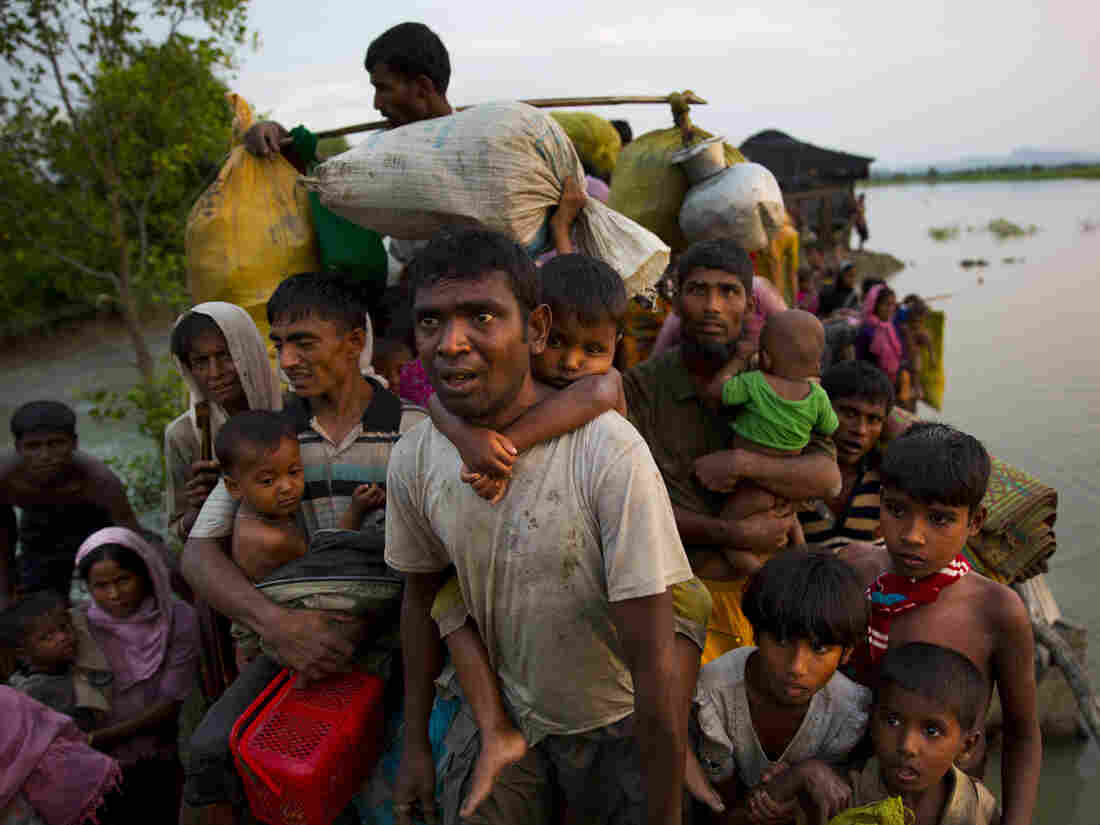 Rohingya Muslims carry their young children and belongings after crossing the border from Myanmar into Bangladesh, near Palong Khali, Bangladesh, on Wednesday. Bernat Armangue/AP hide caption 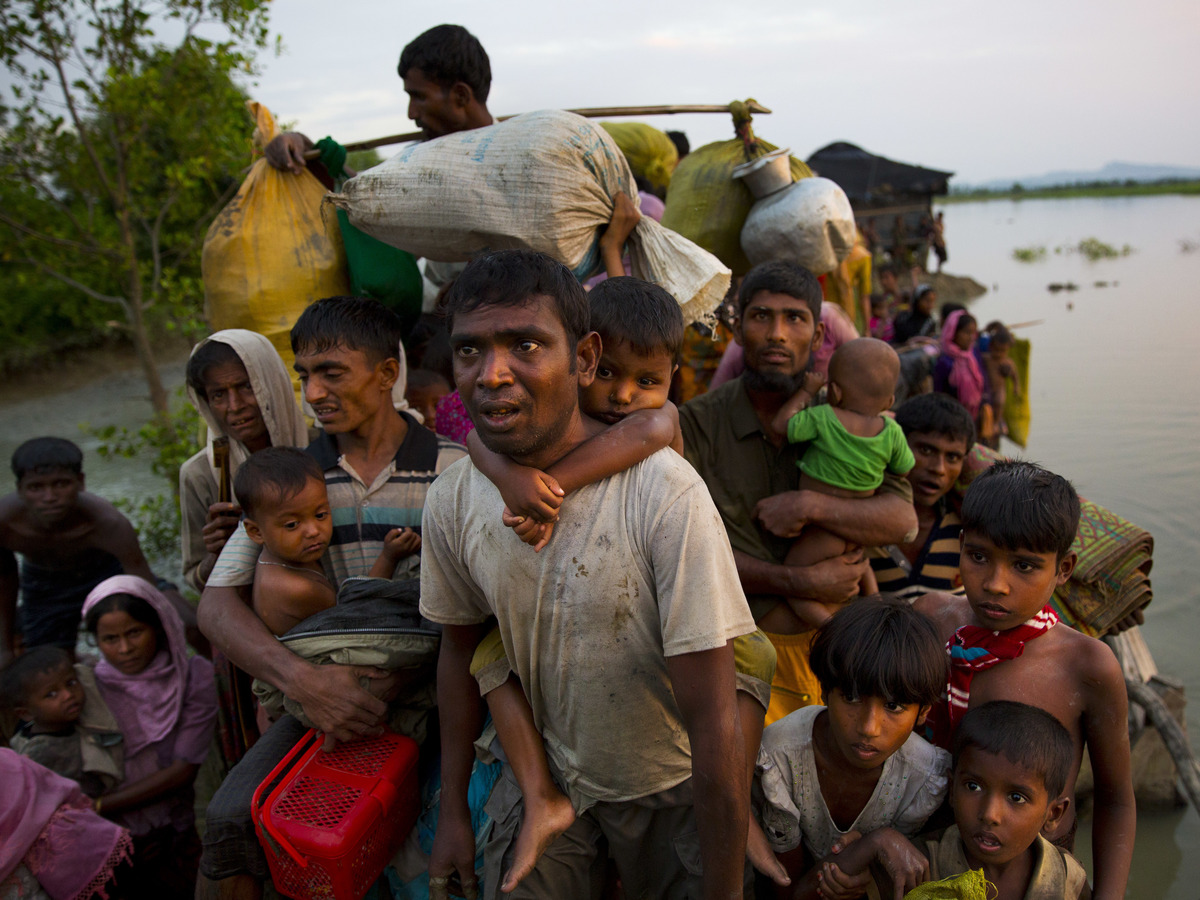 Rohingya Muslims carry their young children and belongings after crossing the border from Myanmar into Bangladesh, near Palong Khali, Bangladesh, on Wednesday.

Myanmar leader Aung San Suu Kyi, who has been heavily criticized for failing to stop ongoing violence against the country's Rohingya minority in western Rakhine state, visited the region for the first time since attacks there triggered a refugee crisis.

Suu Kyi arrived in the state capital of Sittwe before heading north, where many Rohingya villages are located, the government reported.

In late August, Myanmar's security forces began what they called "clearance operations" in north Rakhine in response to attacks on army outposts by a separatist group linked to the Muslim Rohingya. Hundreds of thousands of Rohingya have fled since then, most arriving in neighboring Bangladesh. The United Nations has said the attacks by security forces amount to a "textbook" case of ethnic cleansing.

As NPR's Colin Dwyer wrote in September: "Reports of unbridled murder and arson, rape and persecution have followed them out of Myanmar's western state of Rakhine, sketching a stark portrait of government violence. In an area largely barred from international observation, aid groups have been left to assemble a patchwork understanding of what's unfolding — but by nearly all indications, it's exceedingly grim."

Michael Sullivan reports for NPR that "Bangladesh reckons about 800,000 Rohingya are now living on its side of the border. Most are in overcrowded, spontaneously erected camps, staying in shelters that amount to little more than bamboo poles strapped together with a bit of plastic sheeting for a roof."

"Suu Kyi was accompanied on Thursday by about 20 people travelling in two military helicopters, including state officials and military and police officers, according to the Reuters reporter.

Businessman Zaw Zaw, formerly sanctioned by the U.S. Treasury, was also with the Nobel Laureate.

Suu Kyi launched an initiative last month to assist rehabilitation and resettlement in Rakhine and has called for tycoons to contribute to the project."

Suu Kyi, who spent 15 years under house arrest for opposing Myanmar's long-ruling military junta, won a landslide victory in 2015. In 1991, she was awarded the Nobel Peace Prize for her pro-democracy stance. But in recent weeks, she has come under international criticism for her handling of the crisis in Rakhine, with some calling for the revocation of her Nobel.