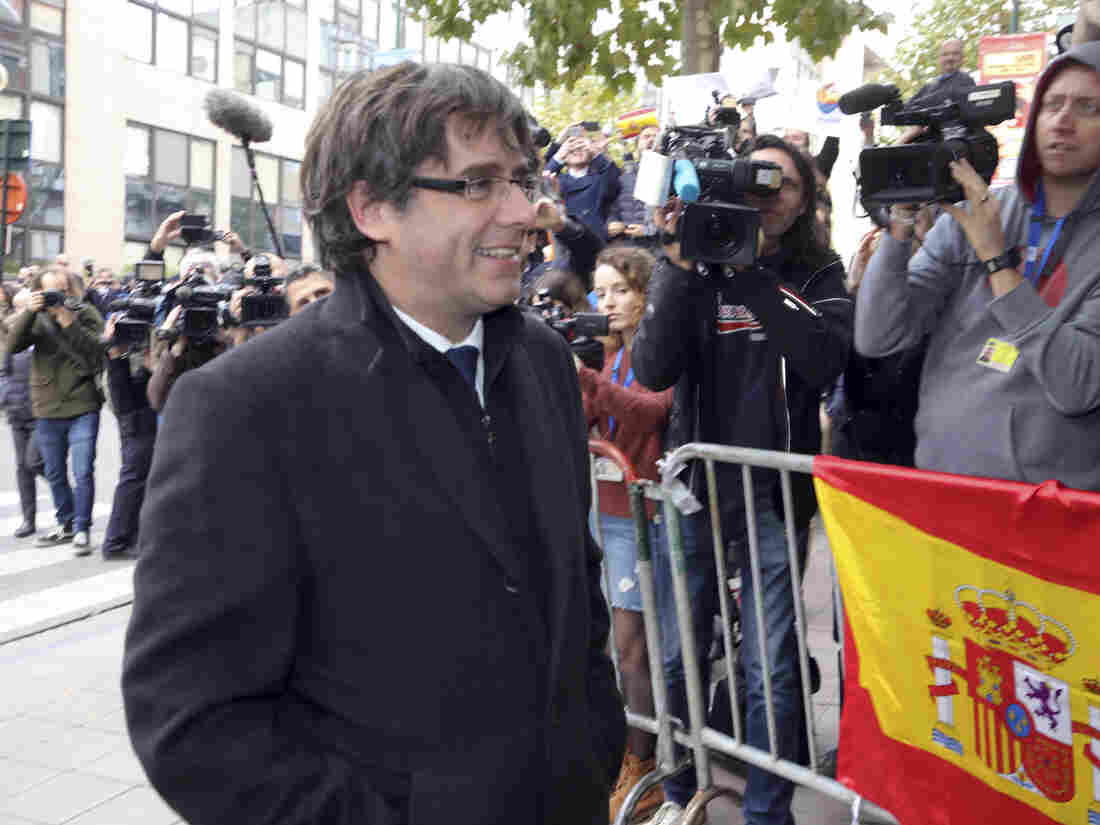 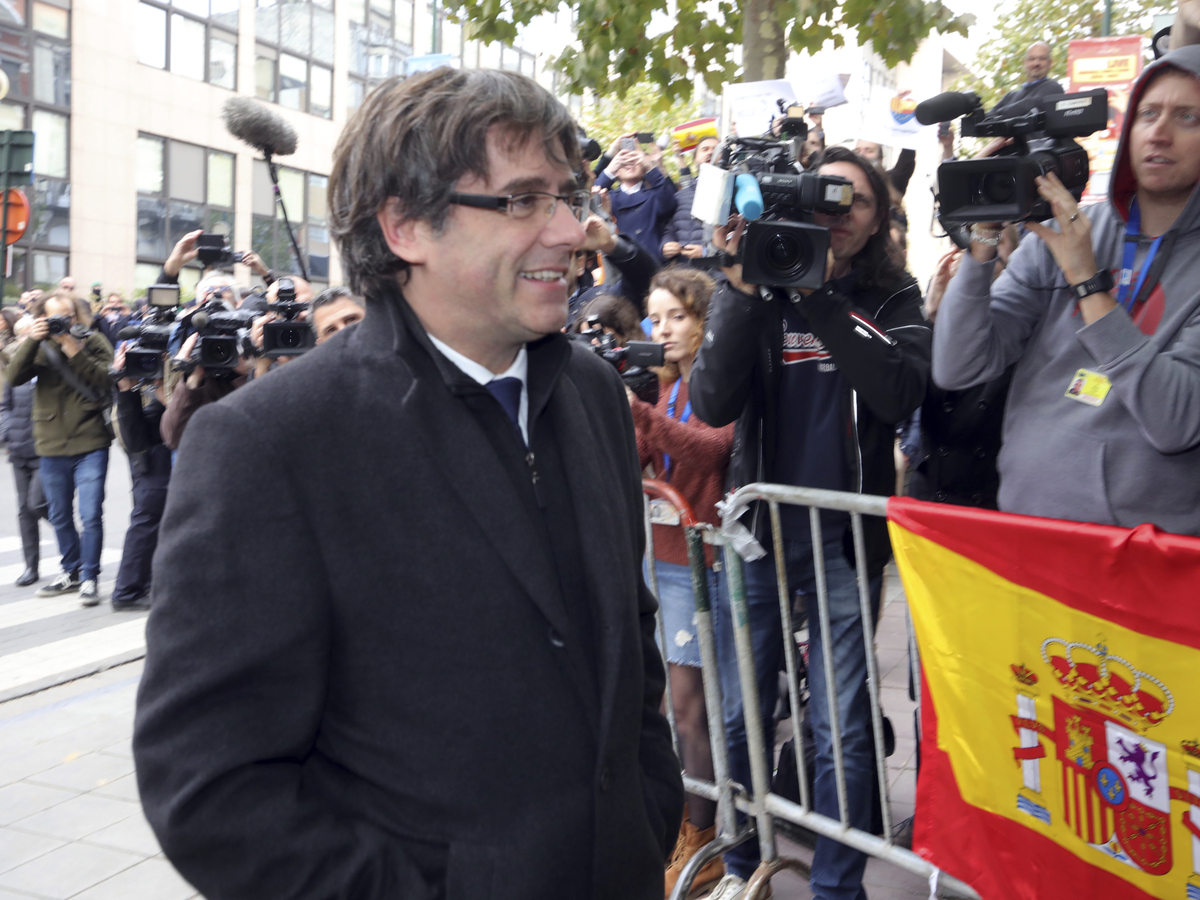 Ousted Catalan leader Carles Puigdemont has ignored a court order to return to Spain to face charges of sedition, though several other ministers of his deposed government did appear in court for questioning Thursday.

Puigdemont, who fled to Belgium with several fellow separatist politicians earlier this week, said Tuesday that they had decided to "err on the side of caution" and leave Catalonia after Friday's formal declaration of independence. That declaration prompted Madrid to dissolve the regional government and drew the prospect of rebellion and embezzlement charges against more than a dozen Catalan politicians, including Puigdemont.

But his decision not to testify Thursday was not regarded lightly by Spain's high court.

"When someone doesn't appear after being cited by a judge to testify, in Spain or any other [European Union] country, normally an arrest warrant is issued," Spanish Supreme Court President Carlos Lesmes said, although CNN reports there is currently no warrant for Puigdemont's arrest.

"A judge will have to decide whether the officials should go to jail pending an investigation that could potentially lead to a trial.

The judge can also grant them conditional bail and order them to surrender their passports."

The attorney for the ousted leader, Paul Bekaert, said that Puigdemont would cooperate with Spanish and Belgium authorities — albeit without returning to Madrid, where Puigdemont says he would face "a political trial" that would "lack any legal basis and only seek to punish ideas."

"The climate is not good, it is better to take some distance," Bekaert told Reuters on Thursday. Earlier, Bekaert had told Spain's TV3 that he's "suggested that [Puigdemont] be questioned here in Belgium."

Still, Puigdemont asserted that he and the ministers with him in Brussels had no intention of seeking political asylum in Belgium. 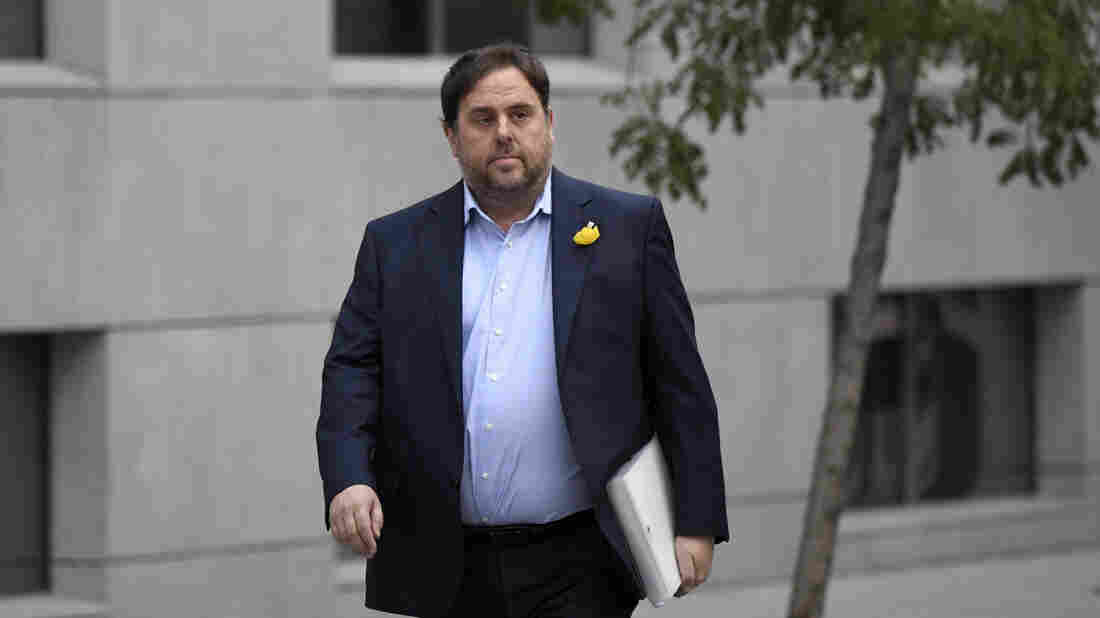 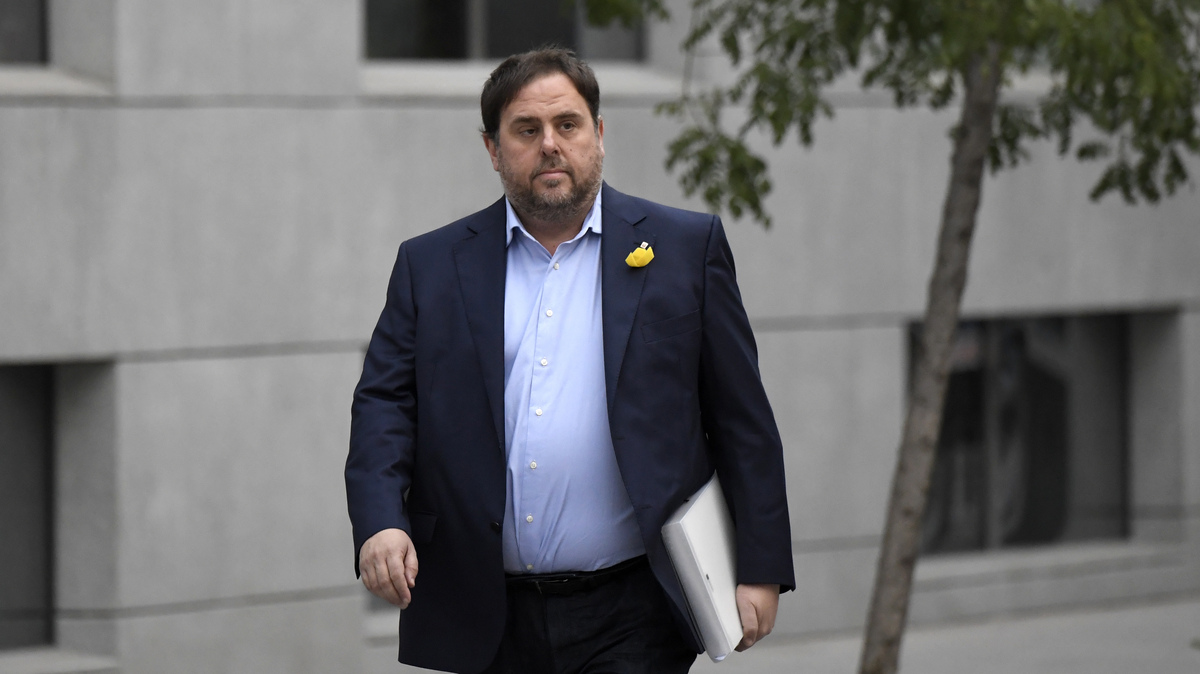 Other members of the Catalonia's sacked political leadership did arrive at court Thursday, however. Among them were former Catalan Vice President Oriol Junqueras and Carme Forcadell, the former speaker of the regional parliament.

And they had company during parts of their trip to the courthouse, The Guardian reported on Wednesday: "Several hundred separatist supporters accompanied some of those due to appear in the Madrid court to Barcelona's main train station, chanting 'liberty' and 'you are not alone.' "

However, the newspaper notes: "The international community has swung firmly behind [Spanish Prime Minister Mariano] Rajoy, and uncertainty about Catalonia's future has prompted companies to move their legal headquarters outside the region."