Accessibility links
Michael Fallon Abruptly Resigns As British Defense Minister For 'Previous Misconduct' : The Two-Way "I accept that in the past I have fallen below the high standards that we require of the Armed Forces that I have the honour to represent," Michael Fallon said in his resignation announcement. 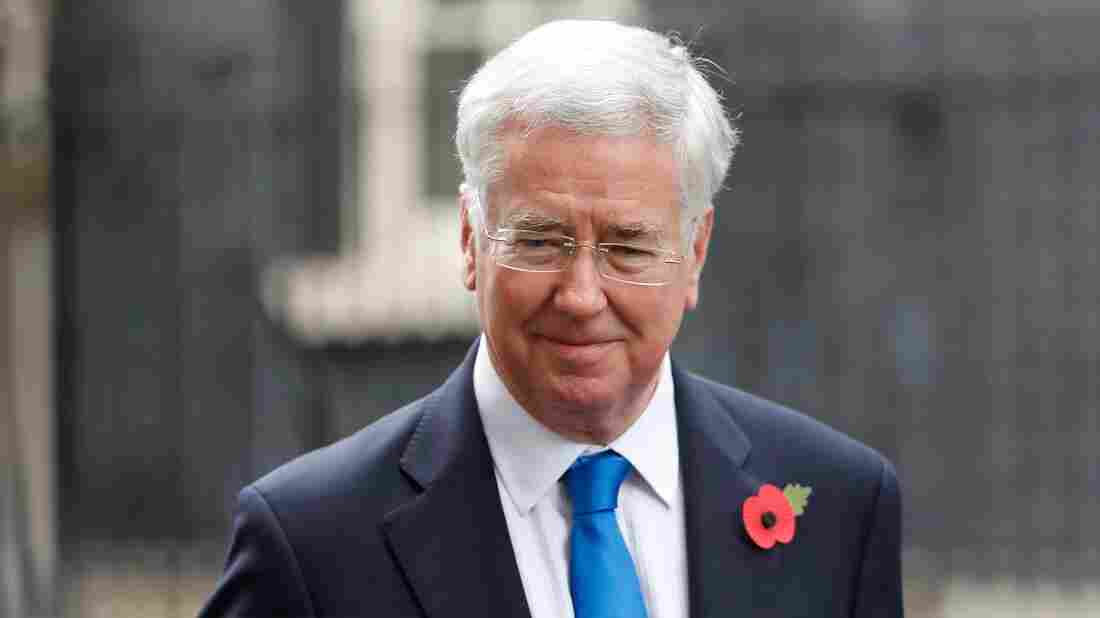 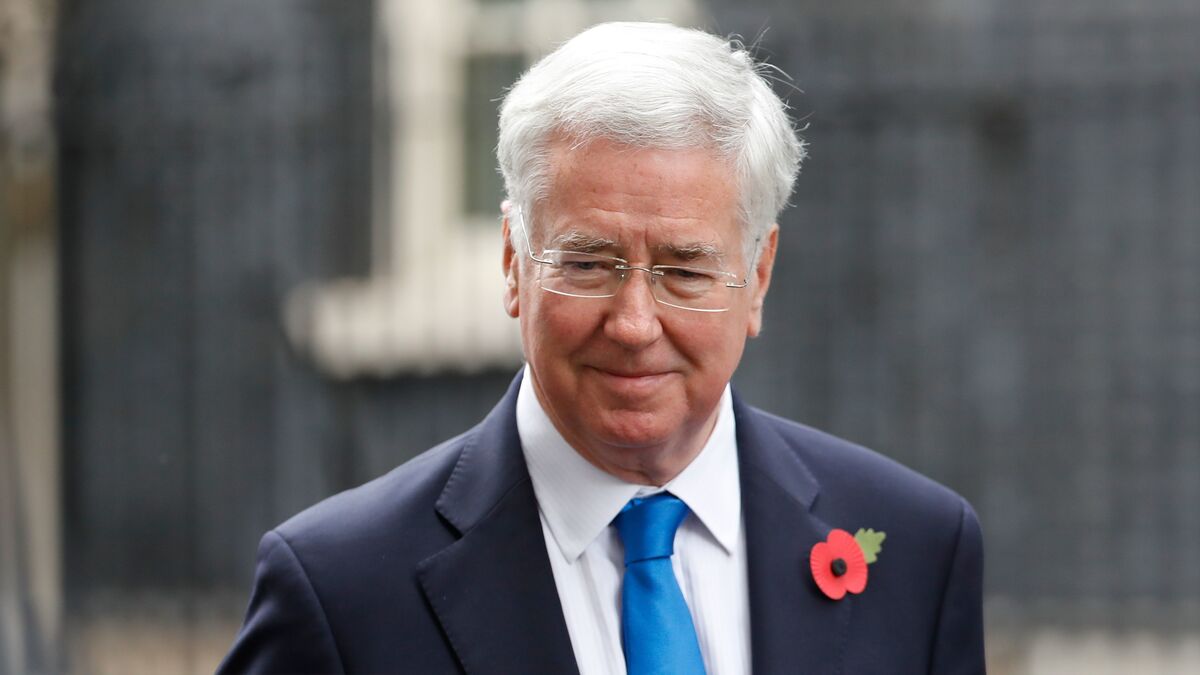 British Defense Minister Michael Fallon has announced he is stepping down from his post, citing allegations "about my previous misconduct." Fallon, one of the most visible politicians in Prime Minister Theresa May's government, declared his intent to resign in a statement released Wednesday.

"Many of these [allegations] have been false but I accept that in the past I have fallen below the high standards that we require of the Armed Forces that I have the honour to represent," Fallon said.

The minister — who occupied a position in the U.K. commensurate to that of Defense Secretary James Mattis in the U.S. — noted his decision comes amid a series of sexual harassment accusations lodged against members of Parliament. And indeed, The New York Times notes that no fewer than 36 lawmakers of May's Conservative Party have allegedly "exhibited inappropriate behavior, like being 'handsy with women at parties' or having 'sexual relations with a researcher.' "

Fallon's spokesman confirmed one of the incidents attributed to him — that he repeatedly touched a journalist at a party conference without her consent.

Julia Hartley-Brewer, a radio broadcaster and former editor of the Sunday Express, explained that Fallon — whom she did not name in her statement — "repeatedly put his hand on my knee during a party conference dinner. I calmly and politely explained to him that, if he did it again, I would 'punch him in the face'. He withdrew his hand and that was the end of the matter."

That said, she noted she does "not regard the incident as anything but mildly amusing," adding: "I have not been a victim and I don't wish to take part in what I believe has now become a Westminster witch hunt."

Full medical check-up this morning and, yes, both of my knees are still intact. Get a grip, people.*

*Although not on my knee, obviously. pic.twitter.com/FBZ5eLCa1s

And in fact, Hartley-Brewer reacted with incredulity to Fallon's decision — or, at least, the notion that the incident involving her lay behind it: "#Kneegate (although I doubt my knee was the reason)," she tweeted shortly after Fallon's announcement.

Fallon's resignation comes amid a wave of sexual misconduct allegations that have surfaced recently against high-profile men, not only in politics, but in entertainment and media. Hollywood mega-producer Harvey Weinstein is reportedly under police investigation in multiple cities — including 11 in the U.K. alone, according to the Los Angeles Times — for alleged sexual assaults dating back decades. Directors James Toback and Brett Ratner, actor Kevin Spacey and journalist Mark Halperin — among many others — have seen a range of sexual misconduct allegations come to light against them, as well.

In the U.K., Fallon's departure represents a new blow to May's administration, which remains weakened after a surprisingly poor showing in elections earlier this year.

"I appreciate the characteristically serious manner in which you have considered your position," May said in a letter to Fallon, "and the particular example you wish to set to servicemen and women and others."

"The culture has changed over the years, what might have been acceptable 15, 10 years ago is clearly not acceptable now," Fallon told the BBC. "Parliament now has to look at itself, and the prime minister has made very clear that conduct needs to be improved and we need to protect the staff of Westminster against any particular allegations of harassment."

Conservative lawmaker Gavin Williamson has been appointed to replace Fallon as defense minister.