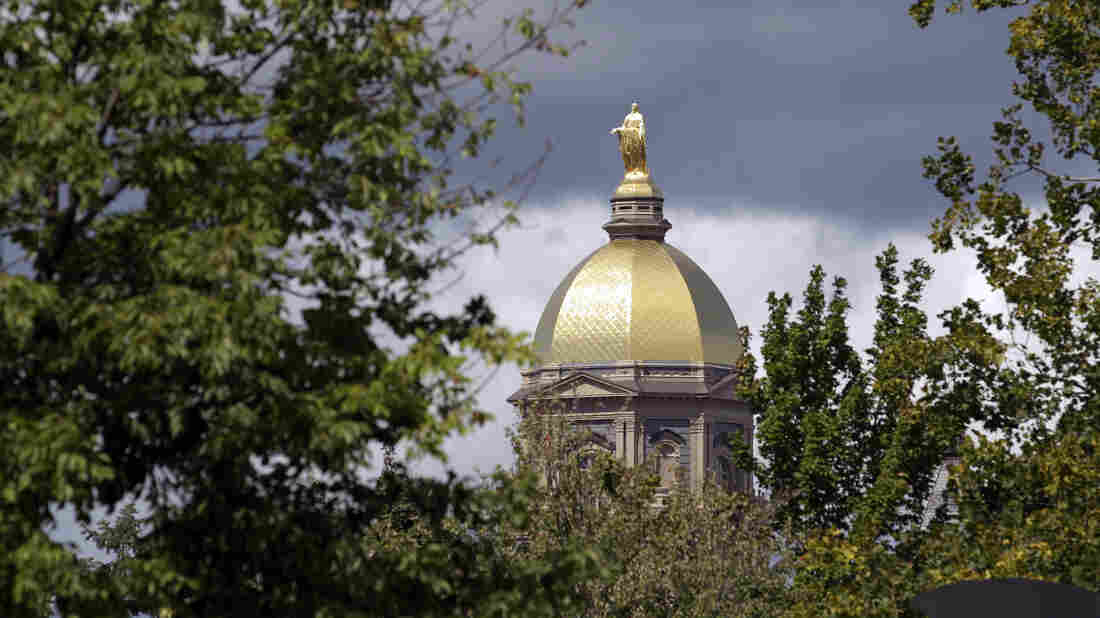 Notre Dame is the "first and most important employer publicly to take advantage" of the rollback, The Los Angeles Times says. Michael Conroy/AP hide caption 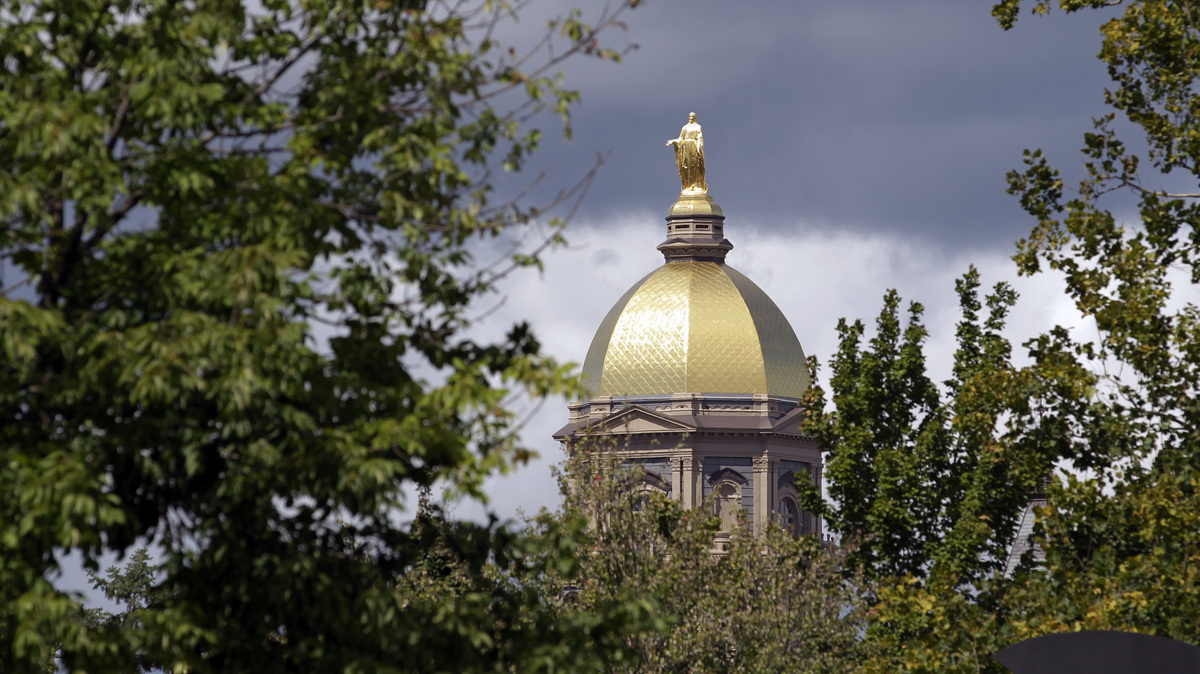 Notre Dame is the "first and most important employer publicly to take advantage" of the rollback, The Los Angeles Times says.

The University of Notre Dame will no longer provide birth control coverage to students and employees, taking advantage of the Trump administration's decision to weaken the Affordable Care Act's birth control mandate.

As Indiana Public Media notes, the Catholic university previously "made the coverage available through a third-party service separate from the rest of its health insurance and attempted to sue for the right to not offer the coverage at all."

That lawsuit, against the Obama administration, was unsuccessful.

But last month, the Trump administration rolled back the requirement, allowing any company or nonprofit to refuse to cover contraception based on a moral or religious objection.

That policy change allowed Notre Dame to opt out of providing contraceptive coverage in any form.

Notre Dame is the "first and most important employer publicly to take advantage" of the rollback, The Los Angeles Times reports.

The policy change will kick in for faculty and staff on Dec. 31 and for students on Aug. 14.

The American Civil Liberties Union has a lawsuit pending against the Trump administration's weakening of the contraceptive mandate. One of the plaintiffs in that case is a Notre Dame student who was anticipating the university would drop its contraceptive coverage, as Indiana Public Media reports:

" 'The Trump Administration Policy allows Notre Dame to declare a wholesale exemption and to not even allow their insurance company to provide the coverage, so we anticipated that Notre Dame would be revoking contraception coverage if given the opportunity,' says Brigitte Amiri, an attorney with ACLU's reproductive freedom project.

"Amiri says even though the university will still provide contraceptives as a treatment for other medical problems, it is still an infringement on a woman's rights.

" 'No matter where a woman works or goes to school, she should have coverage for basic health care services like contraceptives regardless of the purpose used for the contraception,' she says."

In an email to faculty and staff, which the university shared with NPR, a spokesman wrote that the school "honors the moral teachings of the Catholic Church."