Accessibility links
Lebanon's Prime Minister Resigns, Fears Plot On His Life : The Two-Way Saad Hariri made the announcement Saturday in a televised address from Saudi Arabia. Hariri's father, a former prime minister, was assassinated in 2005. 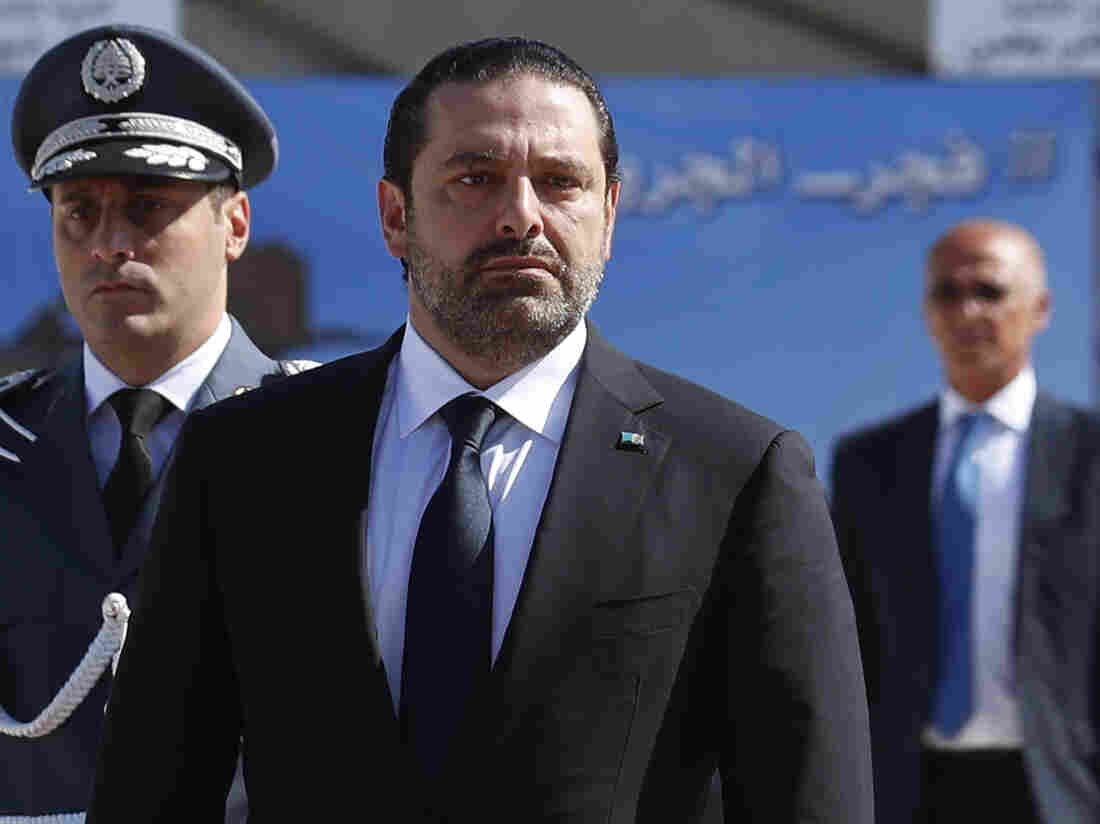 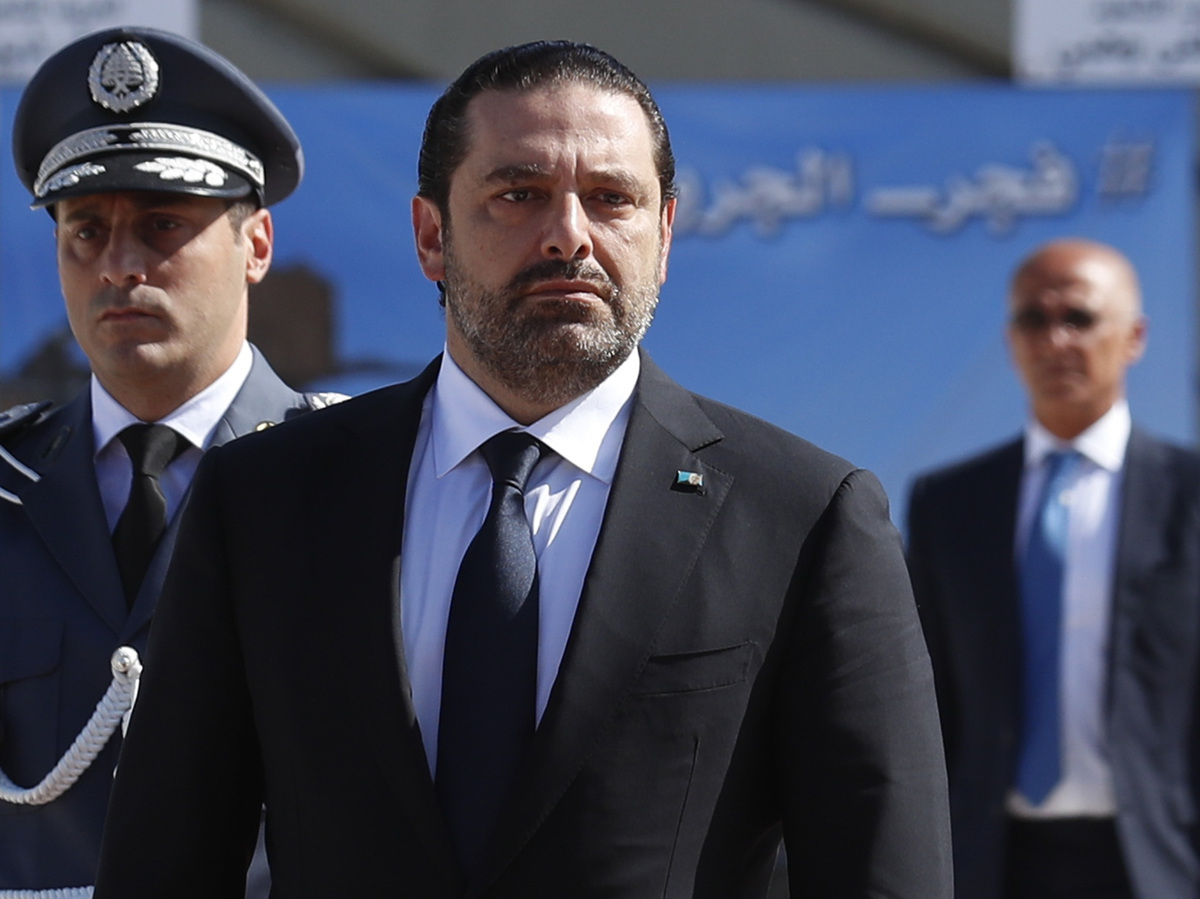 Lebanese prime minister Saad Hariri announced his resignation Saturday, accusing his adversaries of political interference and citing a fear that he, like his father before him, would become the target of an assassination plot.

Hariri disclosed his surprise decision during a televised speech from Riyadh, the capital of Saudi Arabia, as NPR's Peter Kenyon reported to our newscast unit.

"We are living in a climate similar to the atmosphere that prevailed before the assassination of martyr Rafik al-Hariri," he said Saturday, referencing his late father who was killed in 2005, according to Reuters. "I have sensed what is being plotted covertly to target my life."

Hariri became Lebanon's prime minister late 2016 as part of a deal that gave some political concessions to his rival Hezbollah, the Shiite Muslim group backed by Iran.

As he resigned on television Saturday, Hariri lashed out at Iran for meddling in the affairs of "the Arab world," saying that Lebanon would "rise as it had done in the past" and "cut off the hands that wickedly extend into it."

Lebanon is politically divided, with one camp supporting Hariri, a Sunni Muslim closely allied with regional Sunni powerhouse Saudi Arabia, and the other favoring Hezbollah, which has controversially deployed many of its fighters into neighboring Syria to support President Bashar Assad.

Lebanon has mostly managed to wall itself off from Syria's strife, with a flourishing tourism industry, as NPR's Ruth Sherlock reported recently.

Hariri's speech came during his second visit this week to Saudi Arabia, which is embroiled in proxy conflicts with Iran, including Yemen's deadly civil war.

Lebanon's president, Michel Aoun, said he spoke with Hariri by phone after the speech Saturday and, as the AP reports, he planned to work out the terms of the resignation following Hariri's return from Saudi Arabia.

Hariri previously served as Lebanon's prime minister from 2009 through 2011.

A previous version of this story incorrectly identified the president of Lebanon, Michel Aoun, as a member of Hezbollah. He is a Christian. He has been described in media reports as an ally of Hezbollah.