Accessibility links
Daylight Saving Time Ends, But The Debates It Inspires Appear Endless : The Two-Way Clocks "fell back" Sunday at 2 a.m. in most of the U.S. Many will gladly accept the extra hour of sleep, but others argue this twice-a-year tradition ultimately harms society. 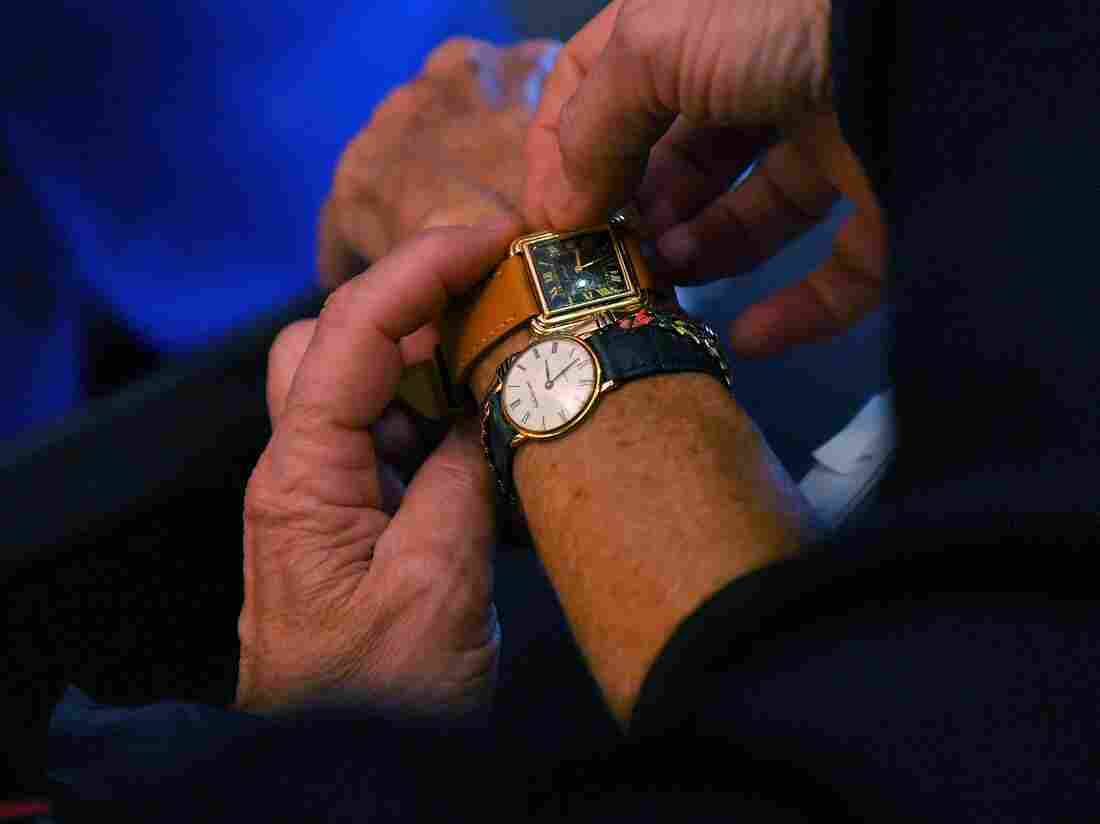 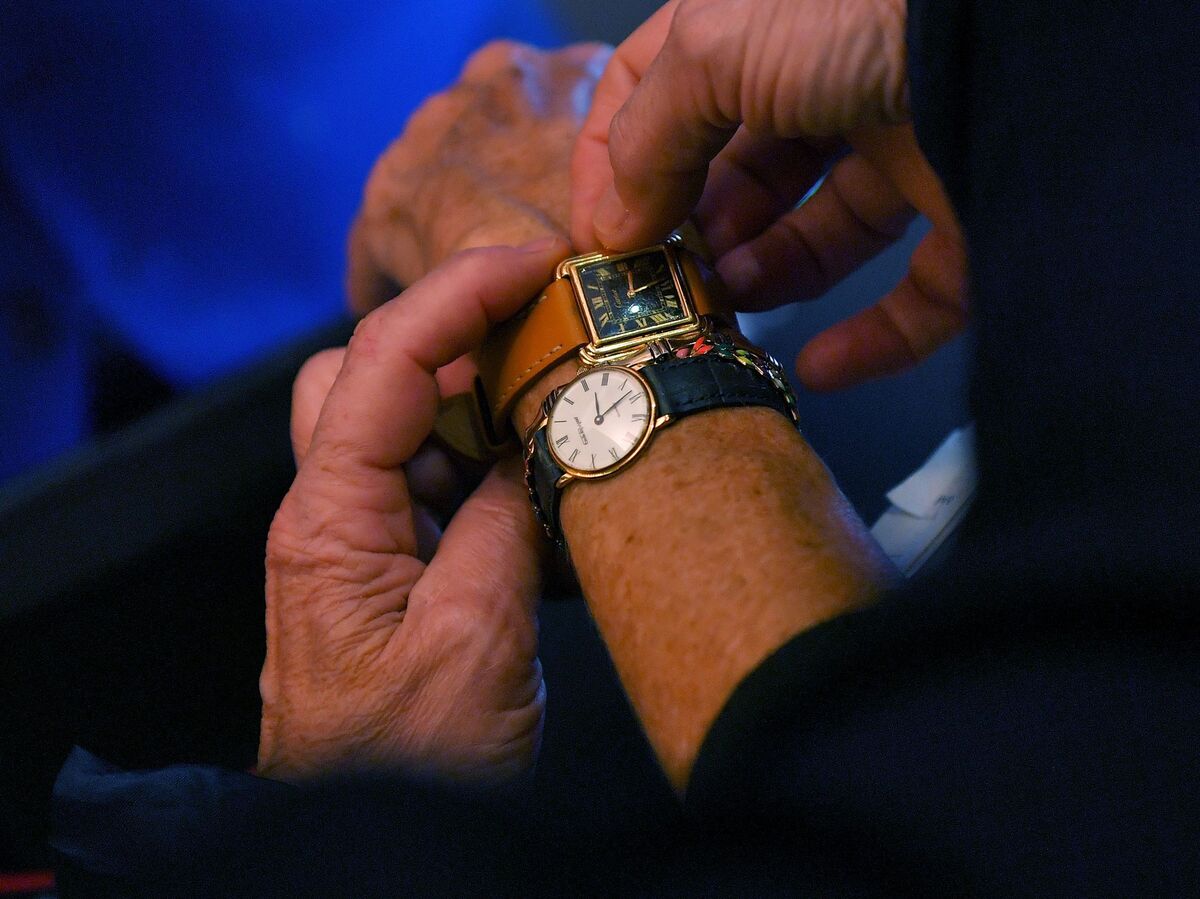 A customer tries watches at a watchmaker shop on Oct. 26, in Nantes, western France, two days before the end of Daylight Saving Time.

If you're having trouble deploying that famous mnemonic, let's make this easy:

This is the one where you get one more hour of sleep.

Nov. 5 marks the first Sunday of November and, therefore, at 2 a.m. daylight saving time will cease, prompting clocks in the majority of the U.S. to "fall backward" to 1 a.m.

But twice a year we are reminded that the ubiquity of this concept — originally adopted in the early part of the 20th century to harness the sunlight and warmth of longer summer days to decrease energy usage by keeping people outside longer — does not necessarily mean we have grown tired of interrogating its effects and usefulness.

For instance, some research suggests daylight saving time may do damage to our sleep cycle and therefore our health (although the "falling back" appears less potentially harmful than the "springing forward").

What's more, there is evidence to suggest daylight saving time takes a toll on TV ratings. As NPR's Neda Ulaby put it: "Suddenly, it's light outside for an extra hour. Watching TV is less appealing"

And then there's the question of whether we need it and, if so, in what form.

Some studies suggest the goal of saving energy is misguided. One from 2011 that followed people in Indiana, (which didn't uniformly observed daylight saving time before 2006) found that energy usage actually increased with daylight saving time. One possible explanation: Making us all spend more time awake during the hottest parts of the day may lead to more air conditioning usage.

Earlier this week, after months of deliberation, a special commission in Massachusetts charged with determining whether the state should switch to year-round daylight saving time delivered its findings. According to the AP, the group found that the plan would only reap some sort of benefit if all of the "Northeast" joined in. "If we don't have New York, this is a no-go," said Mass. state Rep. Paul Frost.

Others advocate for "inverting" daylight saving time to make the winter days longer, arguing this could even help combat seasonal affective disorder.

And after the "spring forward" of 2016, TV host Stephen Colbert asked for a more modest solution: Why not do it on a weekday afternoon?