Accessibility links
Don't Be Koi. There's Something Fishy About That Trump-Abe Photo : The Two-Way At a ceremony at Tokyo's Akasaka palace, the president appears to grow weary of a traditional koi feeding — so he simply dumps the contents of his box of fish food. But video tells the whole tale.

Don't Be Koi. There's Something Fishy About That Trump-Abe Photo

Don't Be Koi. There's Something Fishy About That Trump-Abe Photo 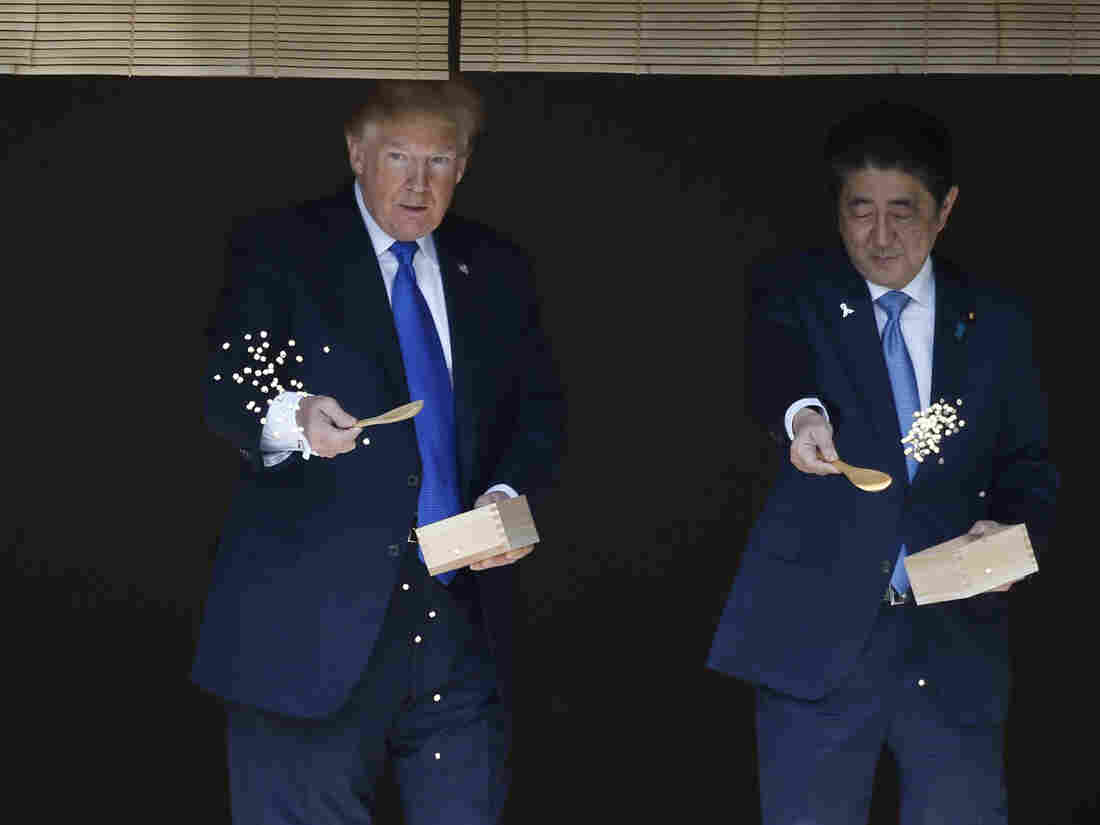 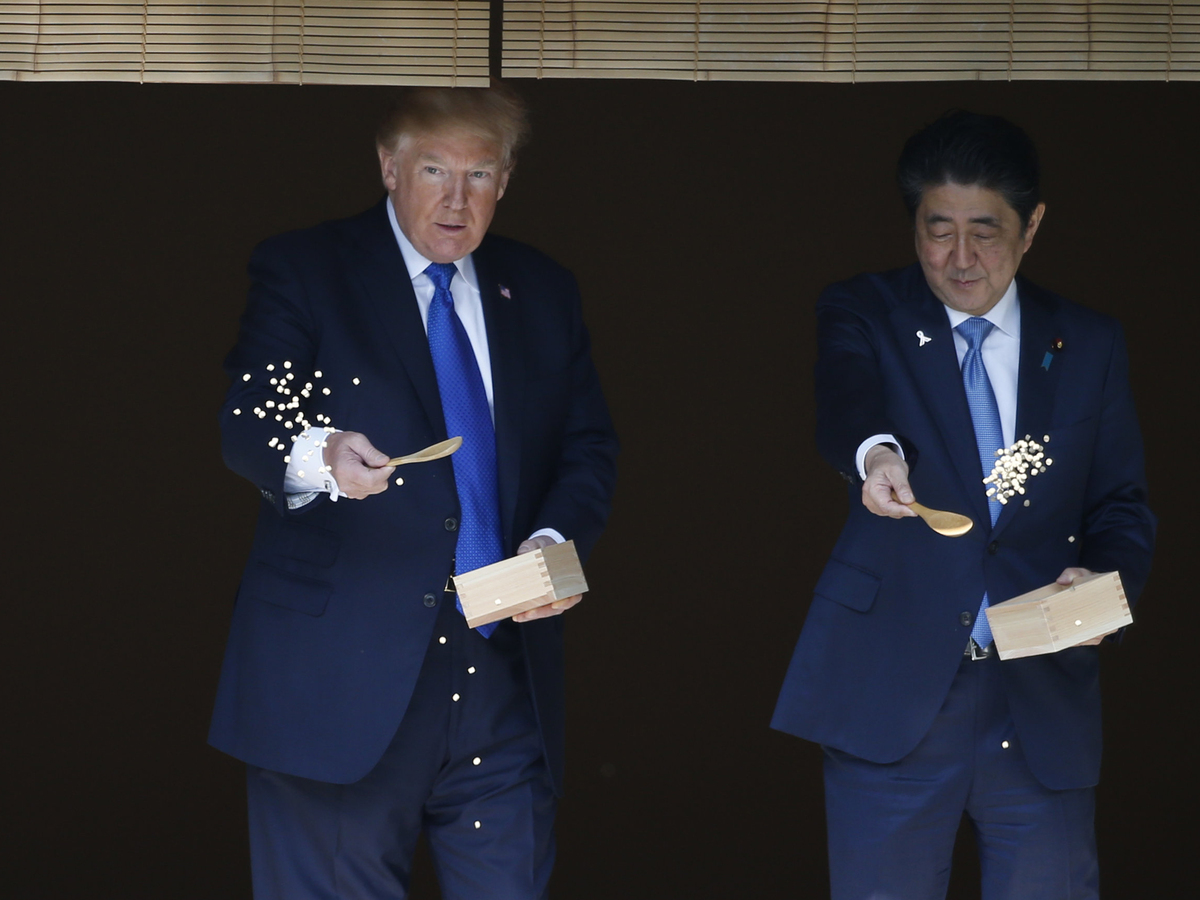 But there is a bit more to the story.

As part of a welcoming ceremony, President Trump stopped with Japanese Prime Minister Shinzo Abe to feed the koi fish at a pond on the grounds of the Akasaka Palace in Tokyo. It's a tradition with foreign dignitaries.

In the photo above taken by Agence France-Presse, the two leaders can be seen judiciously spooning out the fish food. But Trump soon appears to lose patience and summarily dumps the entire box of food into the pond, as can be seen in the next image taken by an Associated Press photographer: 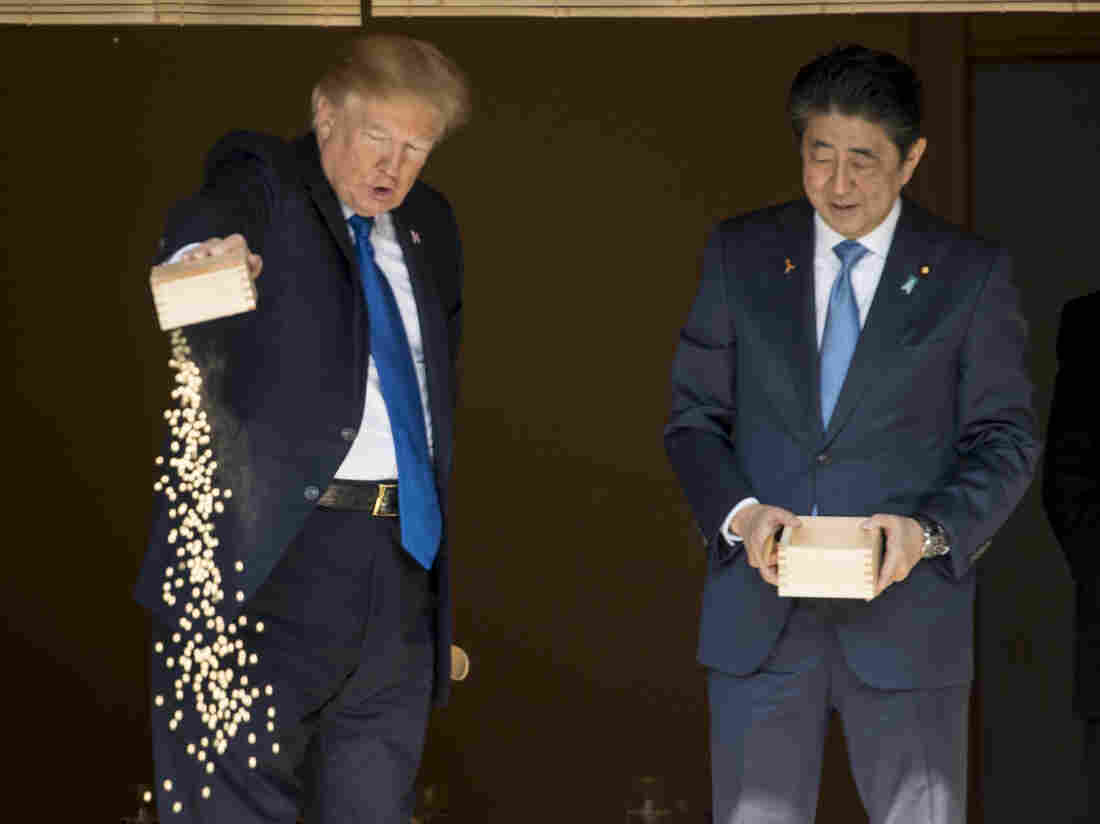 Trump pours the remainder of his fish food out as he and Abe feed fish in a koi pond at the Akasaka Palace, on Monday. Andrew Harnik/AP hide caption 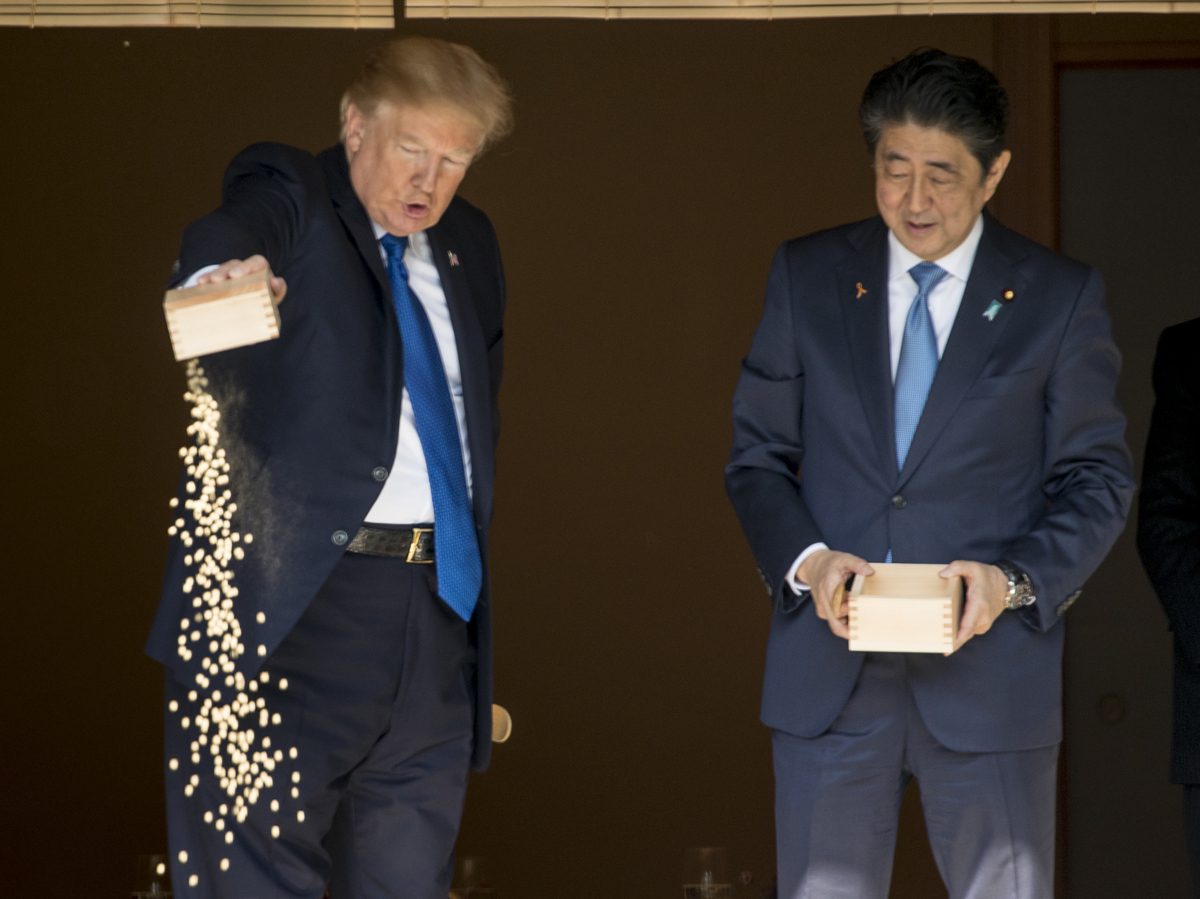 Trump pours the remainder of his fish food out as he and Abe feed fish in a koi pond at the Akasaka Palace, on Monday.

"The incident triggered censure on Twitter, with many pointing out that fish cannot consume such a large amount of food at one time.

"U.S. Secretary of State Rex Tillerson, standing just behind Trump, appeared to break out in laughter at his boss's no-nonsense approach to koi feeding.

Koi don't have very good impulse control in that regard, and will probably overfeed and become ill as a consequence if no one cleans that up.

Abe is basically watching in polite rage-horror as the epic orange buffoon tries to kill his fish.

But if you watch a video of the event, it becomes clear that Abe "dumped" his box first. The whole fish-feeding episode begins at about 33 seconds into the video:

Either way, as cultural faux pas by visiting U.S. presidents go, it would be difficult to compete with President George H.W. Bush's "vomit incident" at a state dinner with then Japanese Prime Minister Kiichi Miyazawa in 1992 or President Barack Obama bowing to Japanese Emperor Akihito during a 2009 visit to Japan, which sparked controversy among conservative critics in the U.S.

Upon meeting Akihito, Trump opted for a handshake.