Accessibility links
Italy Probes Deaths Of 26 Nigerian Women And Girls At Sea : The Two-Way Police say the victims may have been thrown off a rubber dinghy into the sea. Authorities are trying to determine whether their deaths are linked to sex trafficking.

Italy Probes Deaths Of 26 Nigerian Women And Girls At Sea

Italy Probes Deaths Of 26 Nigerian Women And Girls At Sea 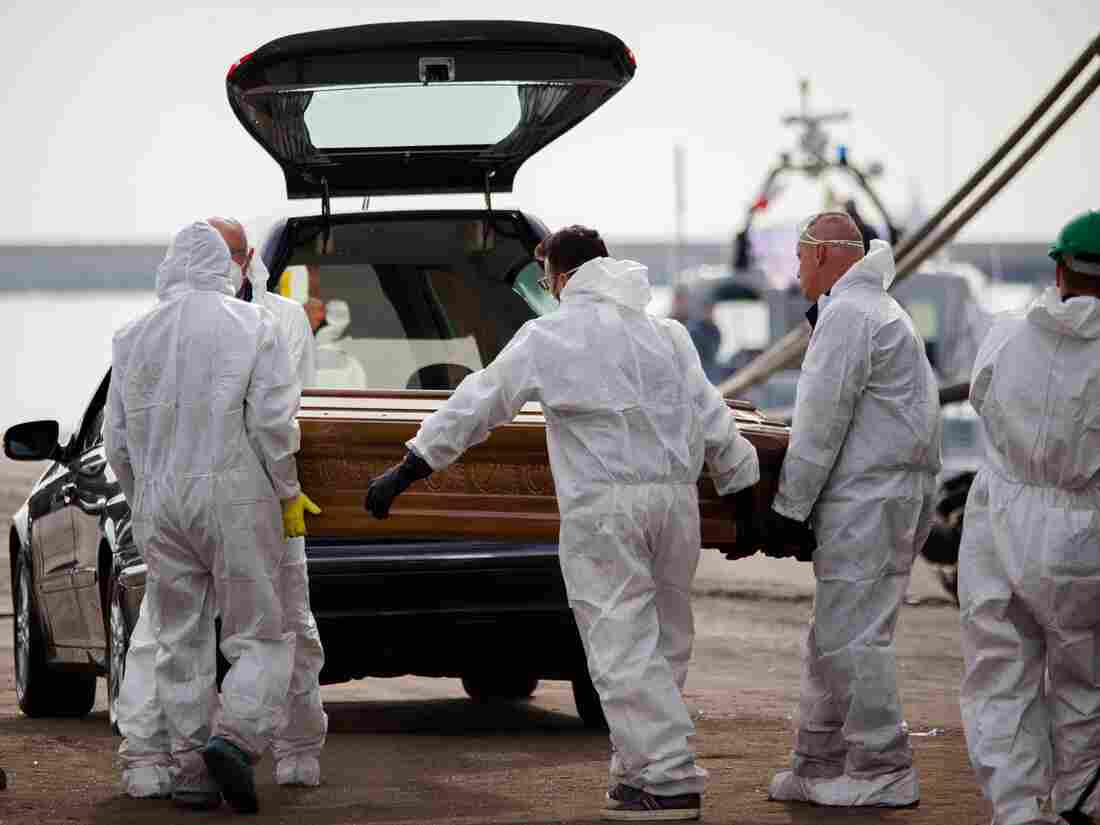 Spanish warship Cantabria brought the bodies of 26 Nigerian women to Salerno, Italy, after they were found in the Mediterranean Sea. Paolo Manzo/NurPhoto/Getty Images hide caption 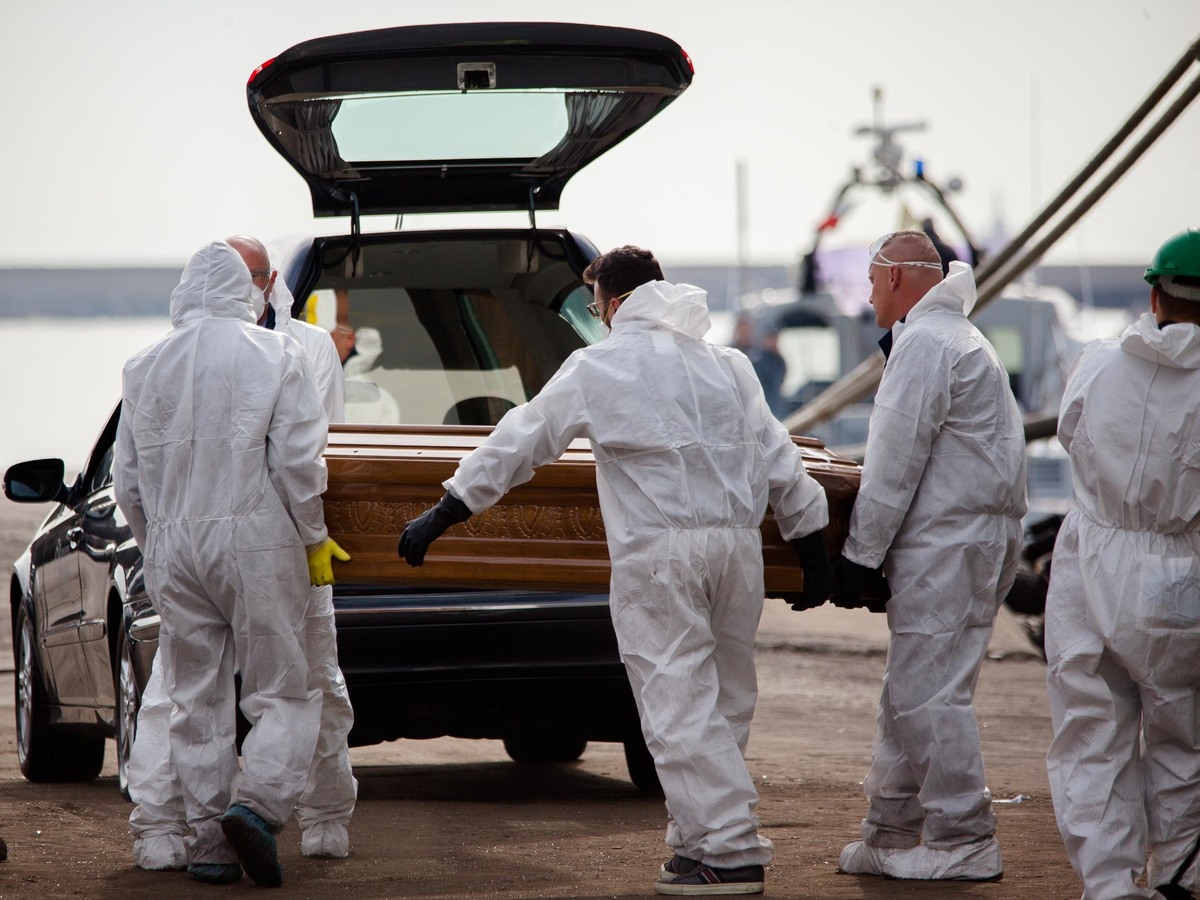 Spanish warship Cantabria brought the bodies of 26 Nigerian women to Salerno, Italy, after they were found in the Mediterranean Sea.

The bodies of 26 Nigerian girls and women were recovered from the Mediterranean Sea, and Italian prosecutors are probing whether their deaths are linked to sex trafficking.

"Salvatore Malfi, the police prefect of the southern town of Salerno, said the 26 [victims] may have been thrown off their rubber dinghy into the waters of the Mediterranean," NPR's Sylvia Poggioli reports from Rome. "The cause of death appears to be by drowning."

Cantabria, a Spanish warship, brought their bodies to Salerno, Sylvia adds. That ship had carried out other Mediterranean rescues and had 374 rescued migrants on board.

According to the BBC, Italian authorities are questioning five migrants. The broadcaster adds that "twenty-three of the dead women had been on a rubber boat with 64 other people."

Agence France Press reports that a spokesman for the EU anti-trafficking force Sofia said "another three bodies had been discovered during other life-saving operations in the Mediterranean this week."

Italian media outlets are reporting that the deceased females were mostly between 14 and 18, Sylvia adds. "Police Prefect Malfi called this a human tragedy and said his office has appealed to neighboring towns to provide dignified burial for the Nigerian women."

The bodies were lowered in black bags from the ship and placed into coffins, the AFP reports.

It wasn't immediately clear why all the victims are women. The AFP quotes Malfi as saying that sex traffickers typically use different routes. "Loading women onto a boat is too risky, the traffickers would not do it as they could lose all their 'goods' — as they describe them — in one fell swoop," he said, the news agency reported.

Italian newspaper Corriere Della Sera recently reported on an uptick in young Nigerian women and girls trafficked into Italy and forced into prostitution.

From January to November of this year, some 111,552 migrants have arrived in Italy by sea, according to the International Organization for Migration, and 2,639 migrants have died along that route.

That's a smaller number than the same area saw in the same period last year, where 159,467 migrants arrived in Italy and 3,615 people died on the route, according to the IOM. A total number of 2,839 have died so far this year along all primary Mediterranean routes.

The Italian aid group L'Abbraccio says that "people-smuggling gangs charge each migrant about $6,000 ... to get to Italy, $4,000 of which is for the trans-Saharan journey to Libya," according to the BBC.