Accessibility links
Before His Military Trial, Texas Shooter Escaped Mental Health Facility : The Two-Way In 2012, Devin Patrick Kelley was being confined at Peak Behavioral Health Services. He escaped and was picked up by police officers in El Paso, Texas, according to a police report. 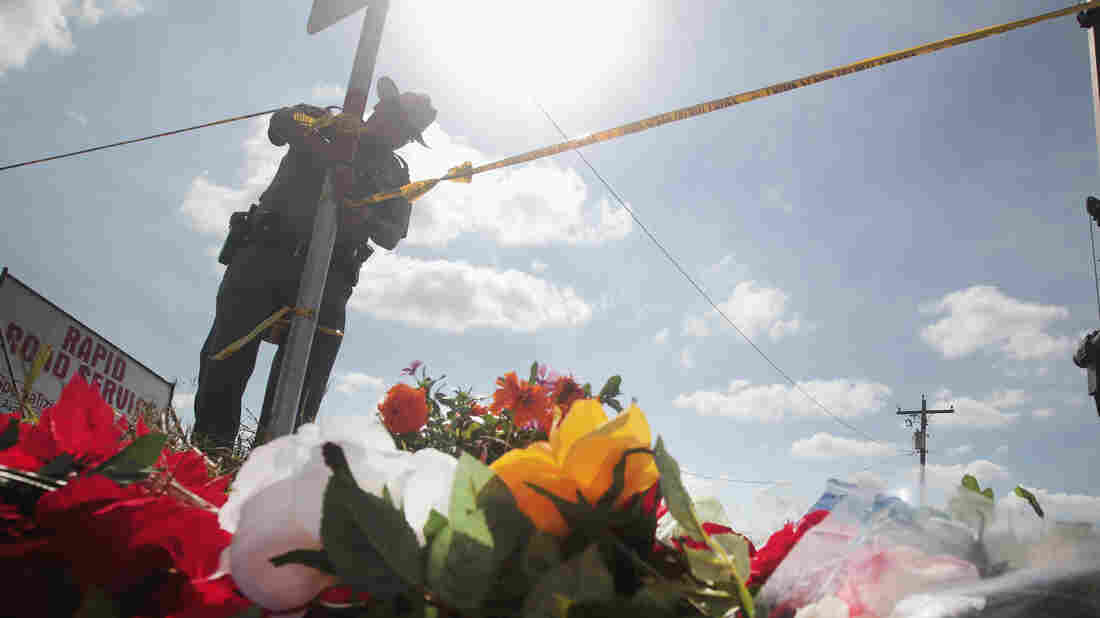 A police officer ties off crime scene tape near a small memorial close to the First Baptist Church of Sutherland Springs on Tuesday in Sutherland Springs, Texas. On Sunday, a gunman, Devin Patrick Kelley, killed 26 people at the church and wounded 20 more when he opened fire during a Sunday service. Scott Olson/Getty Images hide caption 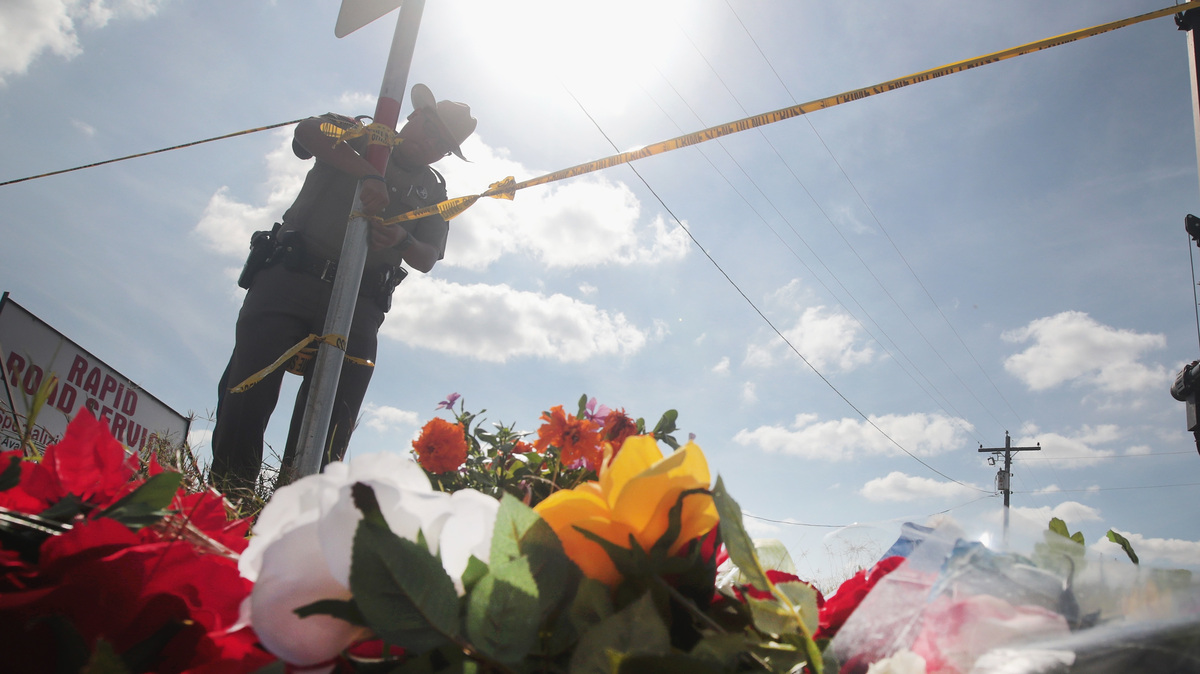 A police officer ties off crime scene tape near a small memorial close to the First Baptist Church of Sutherland Springs on Tuesday in Sutherland Springs, Texas. On Sunday, a gunman, Devin Patrick Kelley, killed 26 people at the church and wounded 20 more when he opened fire during a Sunday service.

Devin Patrick Kelley, who left 26 people dead after opening fire at a Texas church on Sunday, was captured by police in 2012 after he escaped from a mental health institution. At the time, a hospital official told police that he was a danger to himself and others, and had issued death threats against "his military chain of command."

The incident came shortly after Kelley was placed in pretrial confinement by the Air Force — for what would be months, a U.S. official tells NPR's Tom Bowman — as he waited for his court-martial for assaulting his wife and young stepson.

The police report describing the incident was originally acquired by KPRC in Houston; the city of El Paso released a copy of the report to NPR.

Man Who Exchanged Fire With Texas Shooter: 'I Was Scared To Death'

Kelley was placed in pretrial confinement on June 8, 2012, the official tells Tom, and ended up at Peak Behavioral Health Services in Santa Teresa, N.M., on the outskirts of El Paso.

The hospital has declined to comment, saying in a statement that "we never discuss whether someone was or was not a patient at our hospital, and we never discuss any information about our patients."

Late in the evening on June 13, according to the police report, the Peak official told El Paso police officers that Kelley was a missing person who "suffered from mental disorders" and had plans to run away from the facility and take a bus out of the state.

According to the report, the employee told police that Kelley "was a danger to himself and others as he had already been caught sneaking firearms onto [Holloman Air Force] base" and "was attempting to carry out death threats that [he] had made on his military chain of command."

Kelley was located at a Greyhound station in El Paso. When police met with him, he didn't resist or threaten to harm himself or others. He was handed over to local police from New Mexico.

About five months later, Kelley's trial for assaulting his wife and stepson began.

Kelley pleaded guilty and was sentenced to 12 months in confinement for the crimes, which included fracturing his stepson's skull.

Under federal law, his conviction made him ineligible for gun ownership, but an error by the Air Force meant his crimes were never entered into the federal crime database that tracks such offenses.