Accessibility links
In Reversal, Notre Dame Says Health Plans Will Still Cover Birth Control : The Two-Way The Catholic university had previously said that contraceptive coverage would terminate within the year. Now it says third-party providers will continue to serve faculty, students and staff. 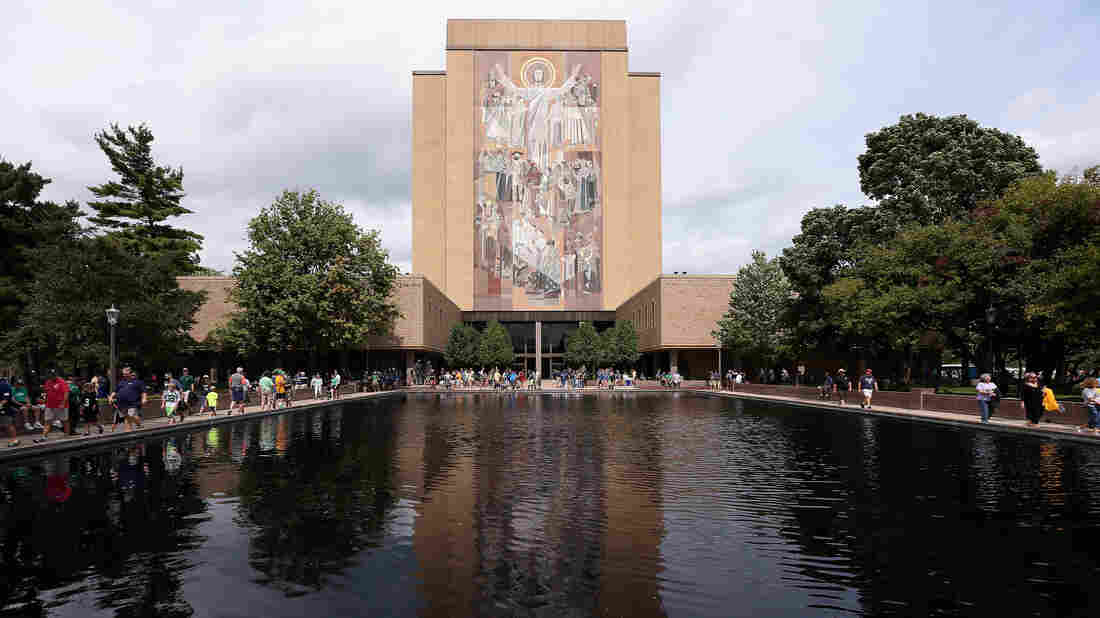 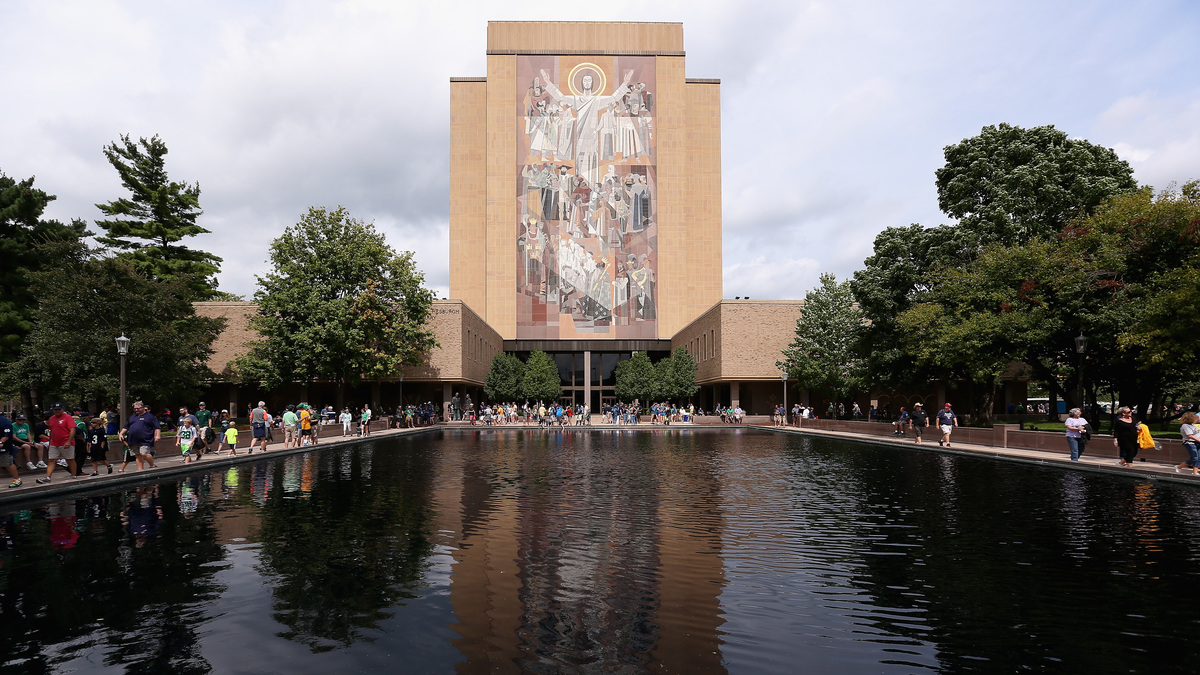 After announcing an end to health insurance coverage for contraceptives, the University of Notre Dame now says that the coverage will continue to be available through third-party providers, as it has been before.

The news comes a week after the school informed students and staff that the coverage would be terminating within the next year and just over a month after the Trump administration gave organizations the choice of opting out of providing such coverage.

Notre Dame had previously sued for the right not to be required to offer contraceptive coverage at all, even through a third-party provider, as NPR previously reported:

"That lawsuit, against the Obama administration, was unsuccessful.

"But last month, the Trump administration rolled back the requirement, allowing any company or nonprofit to refuse to cover contraception based on a moral or religious objection.

"That policy change allowed Notre Dame to opt out of providing contraceptive coverage in any form.

"Notre Dame is the 'first and most important employer publicly to take advantage' of the rollback, The Los Angeles Times reports."

But now the school has rolled back its rollback, announcing it will continue to allow the third-party coverage it had sued for the right to refuse. The decision affects students, faculty and staff.

"Notre Dame, as a Catholic institution, follows Catholic teaching about the use of contraceptives and engaged in the recent lawsuit to protect its freedom to act in accord with its principles," the school says in a statement that was emailed to NPR. "Recognizing, however, the plurality of religious and other convictions among its employees, it will not interfere with the provision of contraceptives that will be administered and funded independently of the University."

The statement says after the Oct. 6 announcement by the Trump administration, the university "believed that insurance companies would discontinue no cost coverage for contraceptives for employees" but that it has now been informed the coverage will still be available.

Students were also informed that their coverage would continue.

It's not clear where the decisions on dropping and reinstating coverage came from, as the South Bend Tribune notes.

The Trump administration's policy change affected how an organization (like Notre Dame) can request an exemption from the health insurance law on contraception, but it did not change the process through which third-party administrators are reimbursed, the Kaiser Family Foundation reports. Nor did it change the overall requirements on covering contraceptive methods without costs to consumers.

The insurance companies that provide Notre Dame's third-party coverage, Meritain Health and OptumRx, have not responded to NPR's requests for comment.