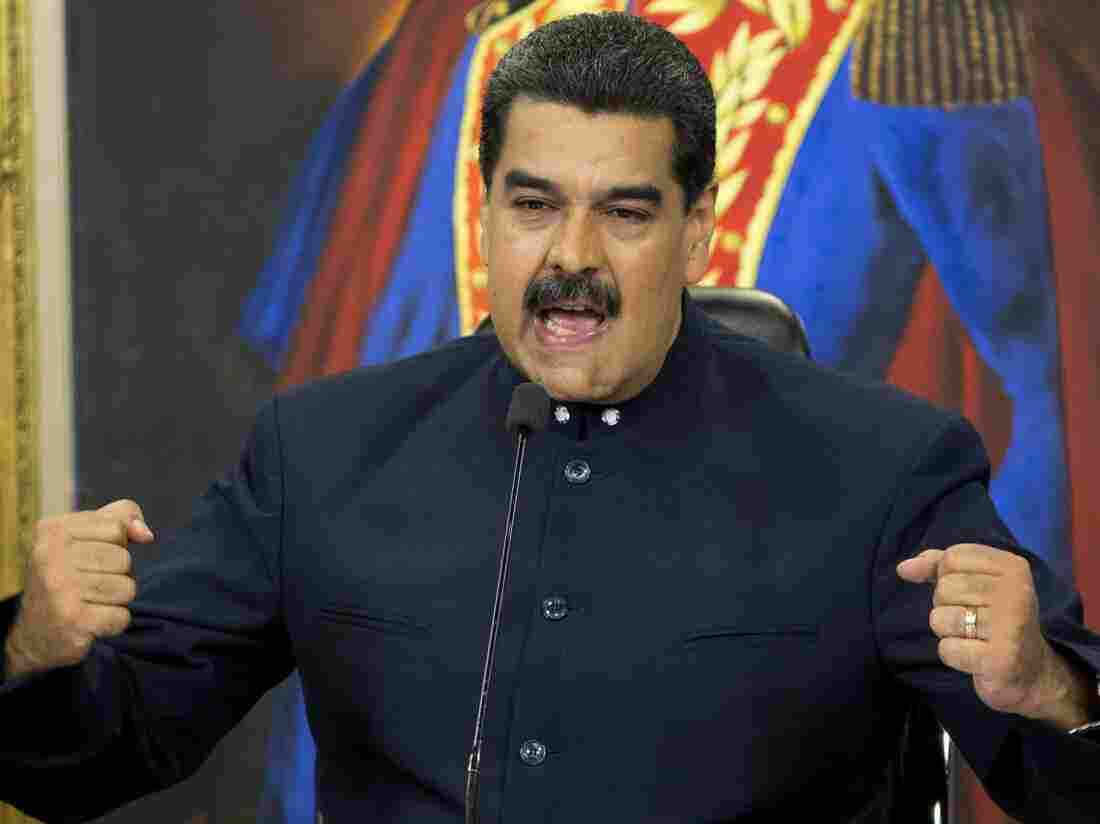 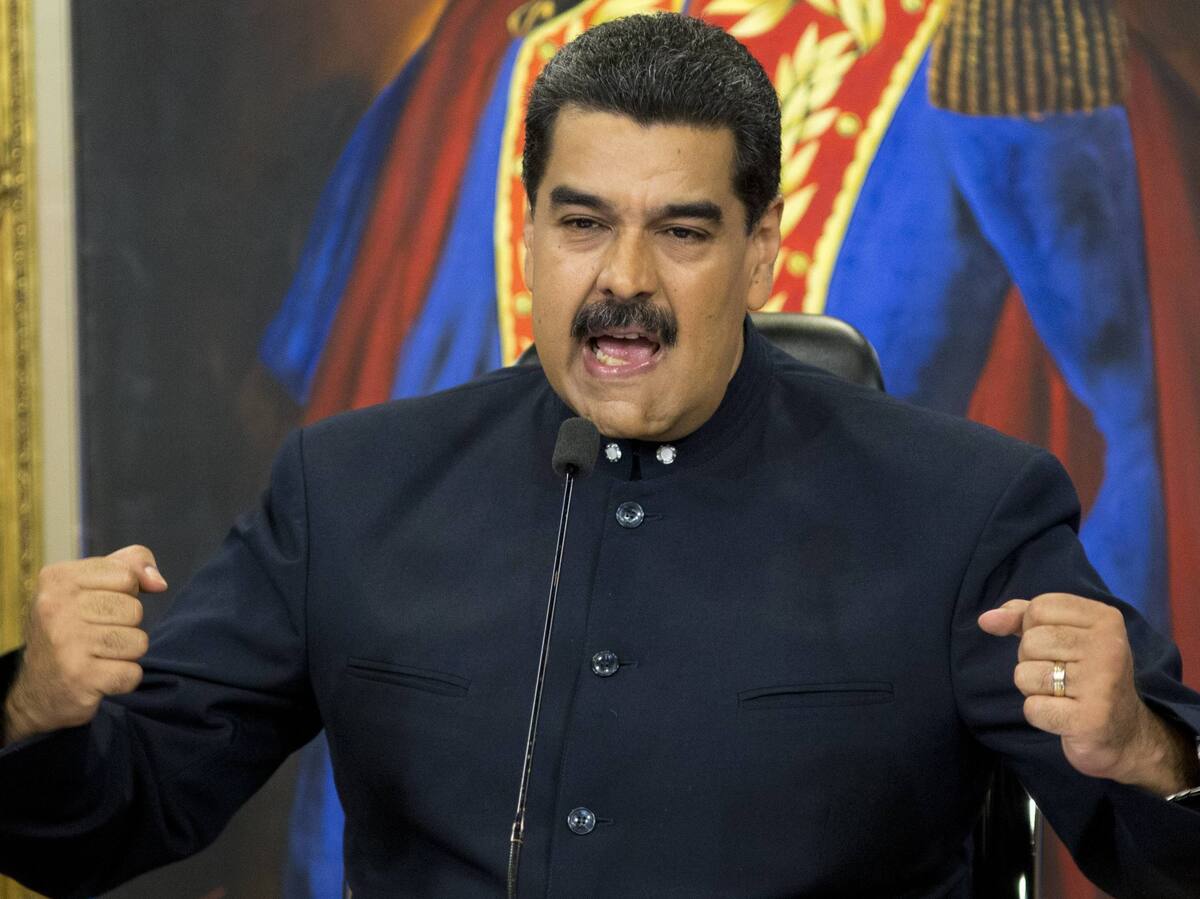 Venezuela's President Nicolas Maduro speaks during a press conference at the presidential palace, in Caracas, Venezuela, in October.

Venezuela's Constituent Assembly has approved a law its authors say would punish messages of hate in broadcast and social media with penalties reaching 20 years in prison.

The new law comes in a period of rising political tensions over the rule of socialist President Nicolas Maduro.

The Assembly, created by Maduro in July and mainly composed of his supporters, bans any message transmitted through radio, television or social media that instigates hate. The new law is designed to encourage "broadcast message aimed at promoting peace, tolerance, equality and respect," according to the legislation, as quoted by the Associated Press.

The president of the Constituent Assembly, Delcy Rodriguez, said the law is designed to counter extremist sectors of Venezuela's right-wing opposition groups.

The law also prohibits opposition political parties that don't comply with the Assembly's anti-hate law from registering with the government-dominated National Electoral Council.

"Venezuela's opposition parties are in disarray. President Nicolas Maduro now seems to be capitalizing on their weakness with a law stifling dissent. It was passed by the Constituent Assembly that Maduro and his ruling social party recently created, and which they control. The law bans ... material on the airwaves, or via social media, that's deemed to incite hatred or violence. Social media operators must immediately pull posts defined as illegal, it says. Violators face ten to twenty years in prison. ... Many countries, including the U.S., don't recognise Venezuela's Constituent Assembly and will see this crackdown as an attempt to consolidate a dictatorship."

A spokesman for the New York-based Human Rights Watch, Jose Miguel Vivanco, said in a tweet, "The law passed today sinks Venezuela deeper into Maduro's tyrannical regime. But nobody should be surprised that Maduro's autocratic circus went this far: the mafia that governs Venezuela has shown too many times that it is willing to go as far as necessary to crackdown on dissent."

Maduro already has accused some private media outlets of conspiring against him by covering anti-government demonstrations. He blocked Colombian networks Caracol and RNC earlier this year and pulled CNN en Espanol off the air in Venezuela, according to Bloomberg.