Accessibility links
Spacey Cut From Film; Scenes To Be Re-Shot With Actor Christopher Plummer : The Two-Way In the wake of allegations of sexual abuse against Spacey, director Ridley Scott has decided to sub in Plummer in All the Money in the World, due for release next month. 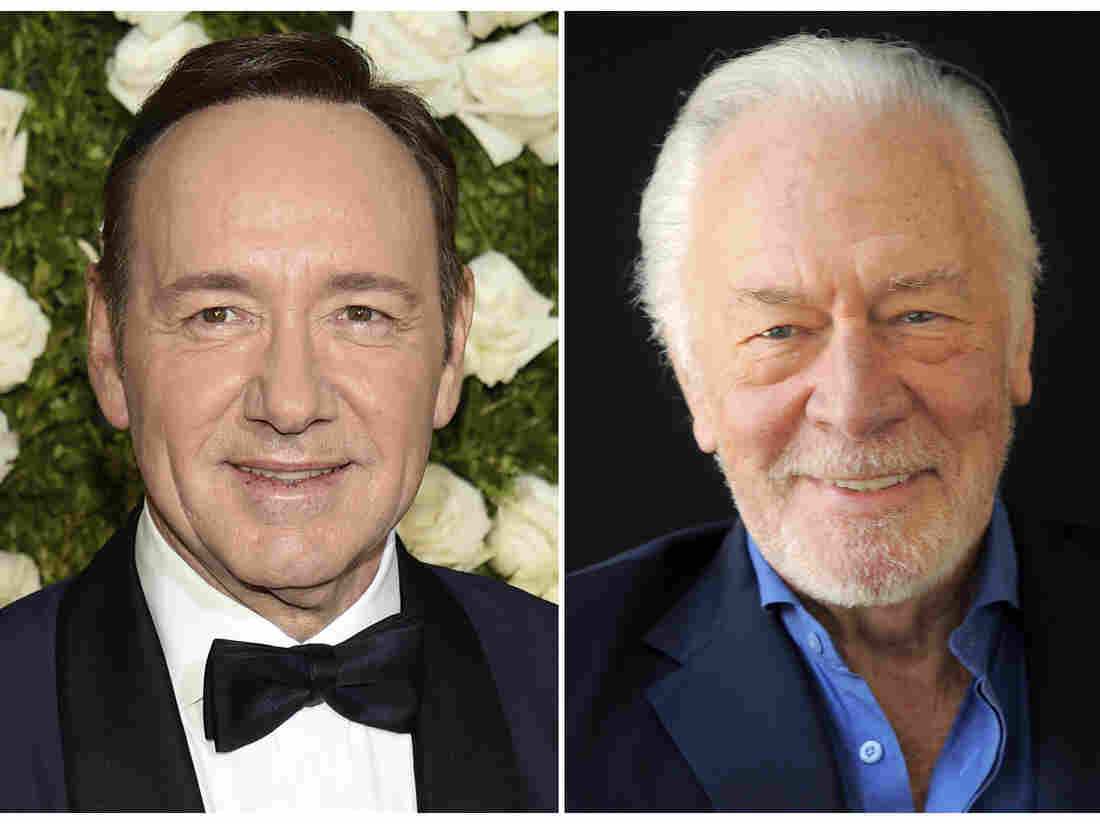 Kevin Spacey at the Tony Awards in New York in June (left) and Christopher Plummer during a portrait session in Beverly Hills, Calif., in July 2013. AP hide caption 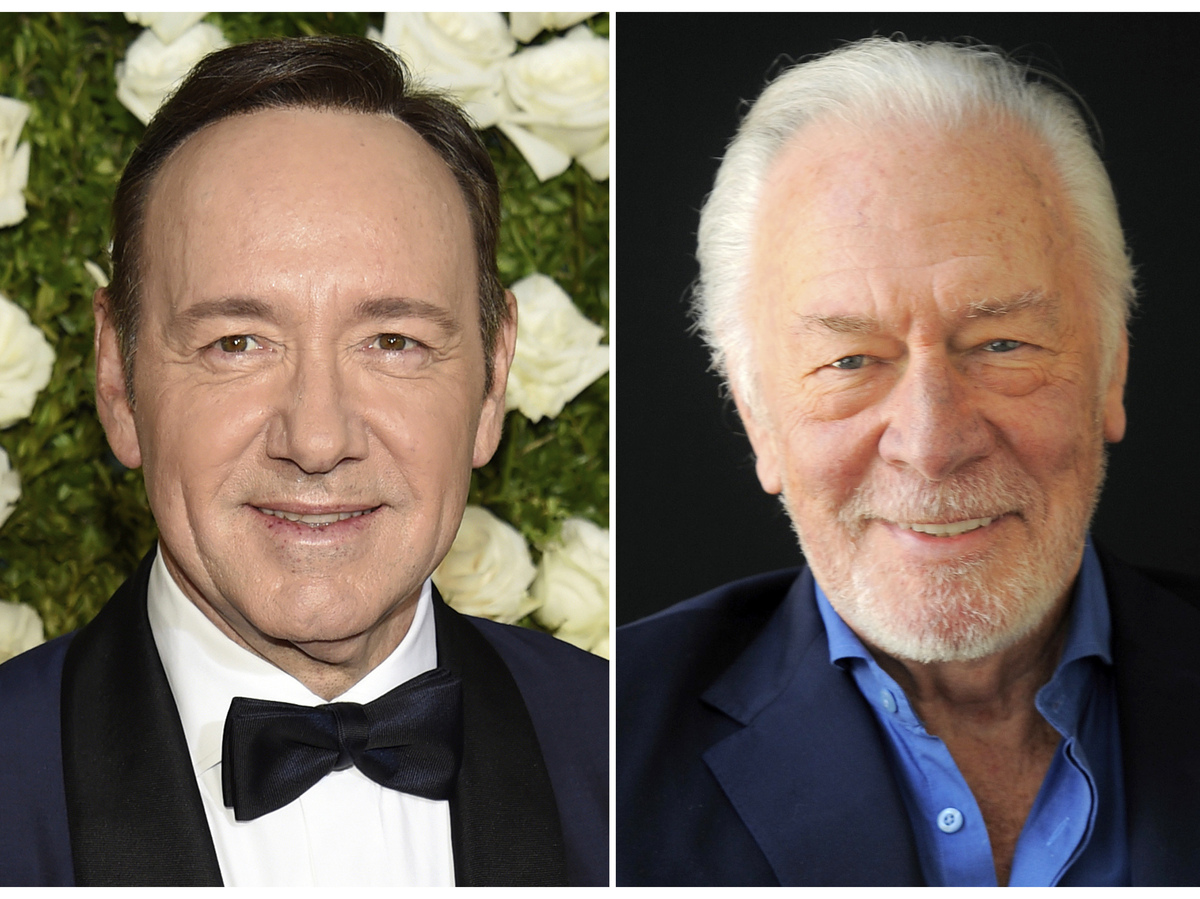 Kevin Spacey at the Tony Awards in New York in June (left) and Christopher Plummer during a portrait session in Beverly Hills, Calif., in July 2013.

Actor Kevin Spacey — one of the big-name Hollywood figures caught in a recent wave of accusations of sexual abuse – is reportedly being cut from an already finished film and his scenes re-shot with another actor. The move has been described as unprecedented.

Spacey had completed filming in the role of oil tycoon J. Paul Getty for Ridley Scott's All the Money in the World, set for release on Dec. 22. Scott will re-shoot Spacey's scenes with the older actor Christopher Plummer, and the director expects to still make the release date. The New York Times says spokesmen for Sony and the director have confirmed the swap.

The Associated Press reports: "All of Spacey's scenes will be reshot," people close to the production told the AP. "Co-stars Mark Wahlberg and Michelle Williams are expected to participate."

Initially, Scott wanted to cast Plummer in the role but was pressured by the studio to bring on a bigger name, according to the news agency. 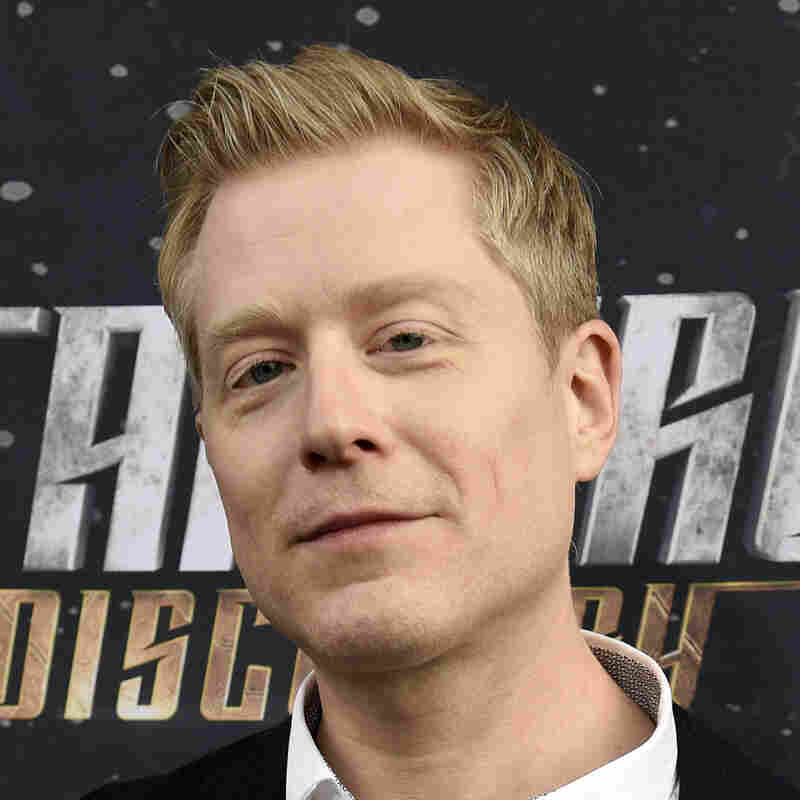 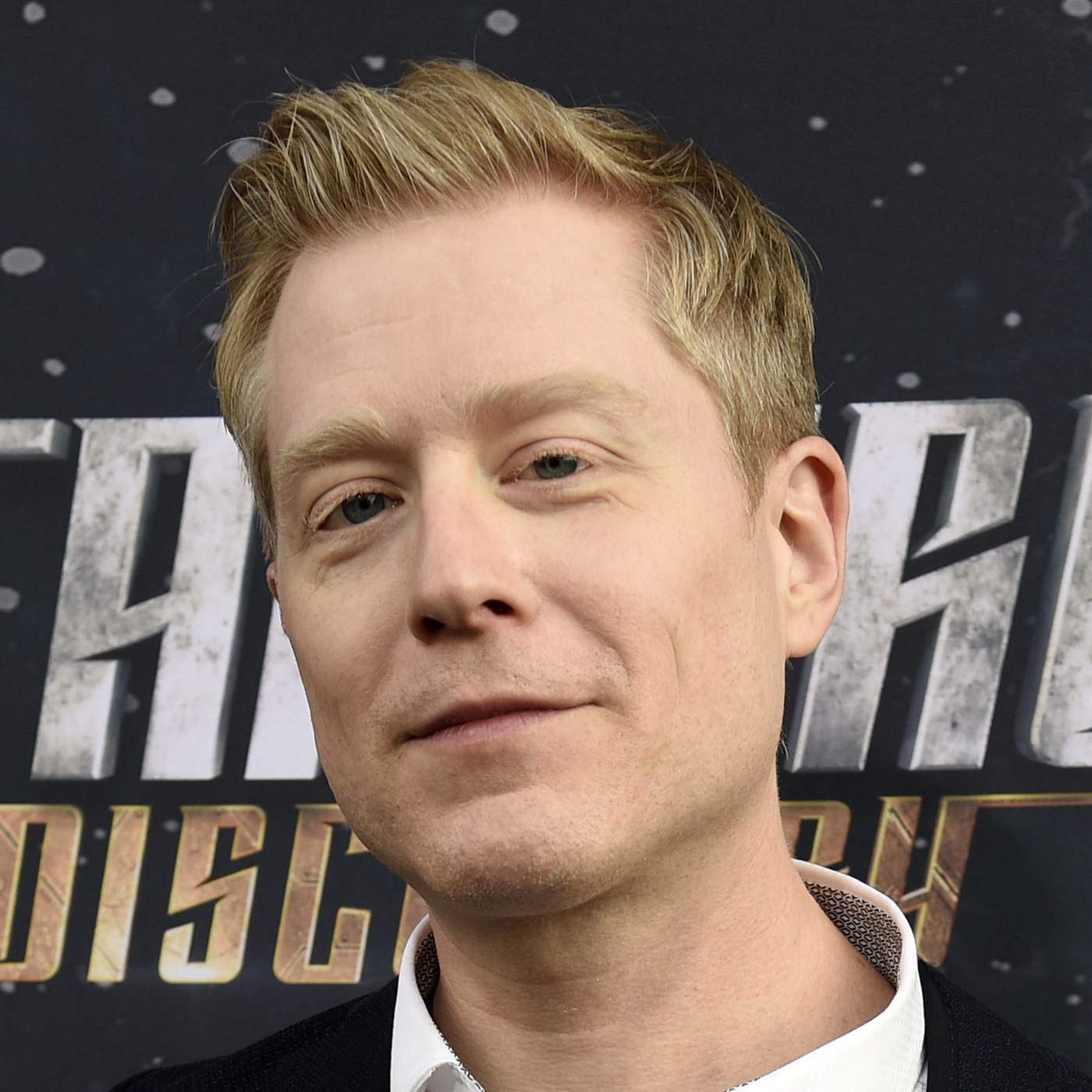 Last week, the accusations against Spacey prompted Netflix to end production of its popular political drama House of Cards, which features the actor as a ruthlessly ambitious politician. The Netflix news came just days after 46-year-old actor Anthony Rapp — who plays in the new Star Trek: Discovery series on CBS — told Buzzfeed that when he was 14 and Spacey 26, the elder actor made a sexual advance on him.

Even before Rapp's accusation, Boston television news anchor Heather Unruh tweeted that Spacey had groped her son's genitals at a restaurant in Nantucket last year.

"Spacey has apologized; he also says he can't remember the incident. Spacey is also being criticized for using his statement of contrition as a platform for coming out as a gay man.

... In a much-debated pivot, Spacey ... devoted the second (and longer) half of his statement to say that Rapp's story 'has encouraged me to address other things about my life.'"

Since then, others – both men and women — have come forward with similar accusations against Spacey.

The actor is one of several film and television figures to have had accusations of sexual misconduct leveled against them in the wake of the Harvey Weinstein scandal that broke last month. Weinstein denies the charges.

However, the accusations go wider, with NPR's Vice President for News Michael Oreskes being forced to resign over accusations of inappropriate behavior toward subordinates, both at NPR and when he worked for previous employers.