Accessibility links
Musical.ly To Be Bought By Chinese Firm For As Much As $1 Billion : The Two-Way The teen-oriented app has had exponential growth since its 2014 launch — much like Bytedance, the Chinese tech company set to acquire it.

Chinese Firm Buying Lip-Sync App Musical.ly For Up To $1 Billion

Chinese Firm Buying Lip-Sync App Musical.ly For Up To $1 Billion 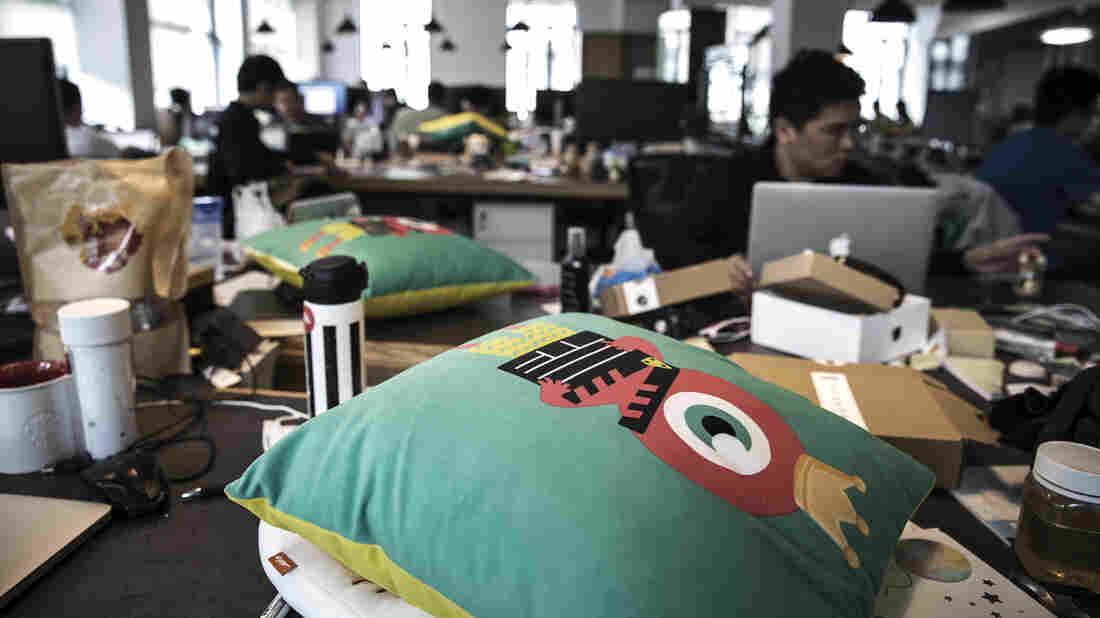 Musical.ly, which is based in Shanghai, is being acquired by Bytedance, an artificial intelligence-focused Chinese technology company. In the foreground, the mascot for Live.ly, a live-streaming app. Bloomberg/Bloomberg via Getty Images hide caption 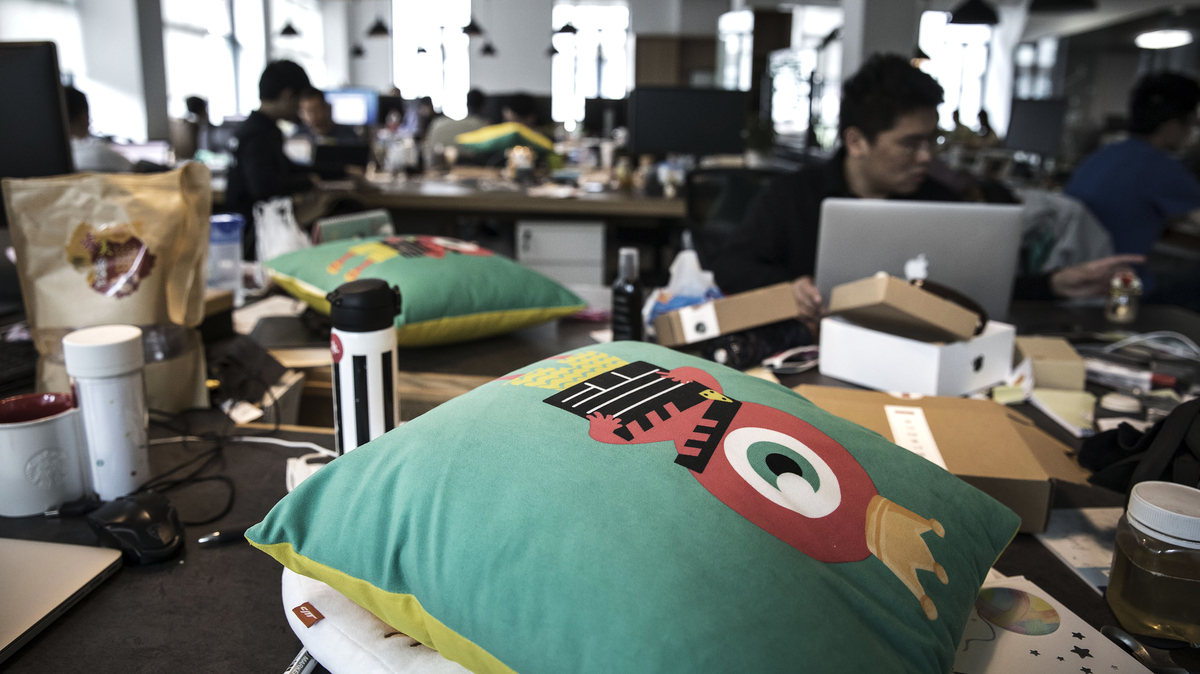 Musical.ly, which is based in Shanghai, is being acquired by Bytedance, an artificial intelligence-focused Chinese technology company. In the foreground, the mascot for Live.ly, a live-streaming app.

Digital lip-syncing aimed at teens is officially a big, big business: Chinese tech company Bytedance has announced it plans to "merge" with — acquire — Musical.ly, a popular lip-synching app launched in China in 2013.

Financial terms of the deal weren't included in today's announcement, but news reports put the deal's value at between $800 million and $1 billion.

Musical.ly, which lets users take videos of themselves lip-synching to songs, launched in 2014. In the time since, it's drawn more than 100 million users, as well as cover stories and deals with major labels, which see the platform as a promotional venue par excellence.

If you've never heard of it, it may be that you're over the age of ... well, that you're not a teenager. Half of America's teens and pre-teens are said to use the app, with 64 percent of its user base falling between the ages of 13 and 24. "It was organic growth — word-of-mouth," Musical.ly's North American president Alex Hofmann told Billboard last year, when the app was adding 13 million users a month.

The company is run by Shanghai-based co-founders Alex Zhu and Luyu Yang.

Bytedance was founded in 2012 and is reportedly valued at $20 billion, largely on the strength of its flagship product, an artificial intelligence-driven news aggregator called Toutiao ("headlines") that it says has 120 million daily active users.

Toutiao hasn't been without controversy — in founder Zhang Yiming's first interview outside of China, he told Bloomberg last month that he began to pay for the content in his app through licensing deals, after being sued for copyright infringement.

Next up? Digital minds helping human ones to express themselves. "We see AI as a critical factor in augmenting human creativity," Zhu said in a statement.