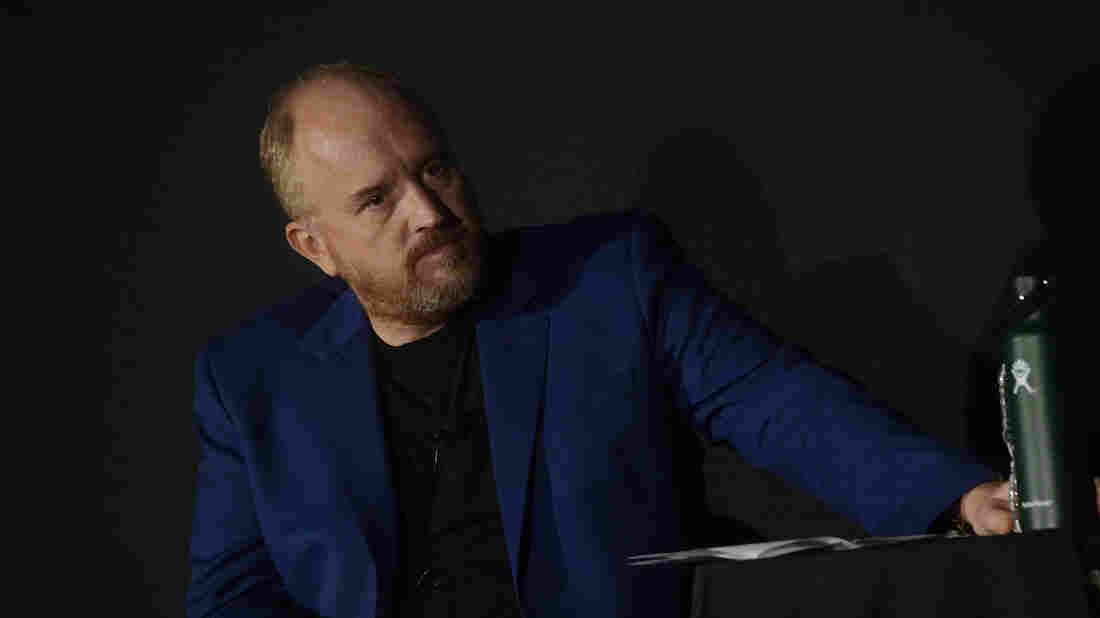 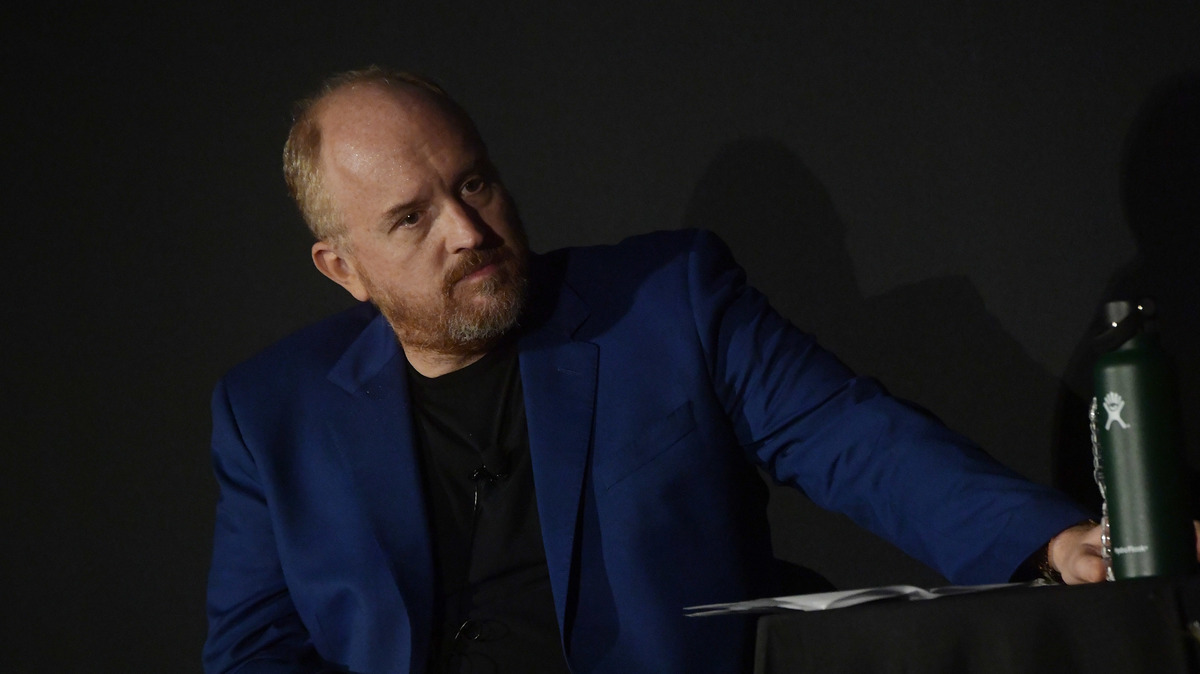 Louis C.K. attends a TV screening in New York City on Sept. 22. C.K. has admitted to repeated sexual misconduct around and in front of female comedians.

C.K. expressed remorse and said he used his power "irresponsibly." His statement, and other elements of this post, contain language some may find offensive.

In the statement released by his publicist, C.K. said in part: "At the time, I said to myself that what I did was okay because I never showed a woman my dick without asking first, which is also true. But what I learned later in life, too late, is that when you have power over another person, asking them to look at your dick isn't a question. It's a predicament for them."

On Thursday, The New York Times ran a story that took the allegations out of the world of blind items and gossip blogs and transformed it into a major story with multiple named sources.

C.K.'s statement, released by his publicist, reads in full:

"I want to address the stories told to the New York Times by five women named Abby, Rebecca, Dana, Julia who felt able to name themselves and one who did not.

"These stories are true. At the time, I said to myself that what I did was okay because I never showed a woman my dick without asking first, which is also true. But what I learned later in life, too late, is that when you have power over another person, asking them to look at your dick isn't a question. It's a predicament for them. The power I had over these women is that they admired me. And I wielded that power irresponsibly.

"I have been remorseful of my actions. And I've tried to learn from them. And run from them. Now I'm aware of the extent of the impact of my actions. I learned yesterday the extent to which I left these women who admired me feeling badly about themselves and cautious around other men who would never have put them in that position.

"I also took advantage of the fact that I was widely admired in my and their community, which disabled them from sharing their story and brought hardship to them when they tried because people who look up to me didn't want to hear it. I didn't think that I was doing any of that because my position allowed me not to think about it.

"There is nothing about this that I forgive myself for. And I have to reconcile it with who I am. Which is nothing compared to the task I left them with.

"I wish I had reacted to their admiration of me by being a good example to them as a man and given them some guidance as a comedian, including because I admired their work.

"The hardest regret to live with is what you've done to hurt someone else. And I can hardly wrap my head around the scope of hurt I brought on them. I'd be remiss to exclude the hurt that I've brought on people who I work with and have worked with who's professional and personal lives have been impacted by all of this, including projects currently in production: the cast and crew of Better Things, Baskets, The Cops, One Mississippi, and I Love You Daddy. I deeply regret that this has brought negative attention to my manager Dave Becky who only tried to mediate a situation that I caused. I've brought anguish and hardship to the people at FX who have given me so much The Orchard who took a chance on my movie. and every other entity that has bet on me through the years.

"I've brought pain to my family, my friends, my children and their mother.

"I have spent my long and lucky career talking and saying anything I want. I will now step back and take a long time to listen.

"Thank you for reading."

Also separating itself from C.K. is the FX networks: "We are cancelling the overall deal between FX Productions and his production company, Pig Newton. He will no longer serve as executive producer or receive compensation on any of the four shows we were producing with him — Better Things, Baskets, One Mississippi and The Cops."

FX adds that it knows of no unprofessional behavior by C.K. on the series he has produced for the company. "However," the statement adds, "now is not the time for him to make television shows. Now is the time for him to honestly address the women who have come forth to speak about their painful experiences, a process which he began today with his public statement."

Reaction to C.K.'s statement was swift.

"You asked but we never said yes," tweeted the account of comedy duo Dana Min Goodman and Julia Wolov.

You asked but we never said yes.