Accessibility links
More Jurisdictions To Provide Legal Defense For Immigrants At Risk Of Deportation : The Two-Way More cities and counties across the U.S. will now be using public funds to provide representation for immigrants at risk of being deported. 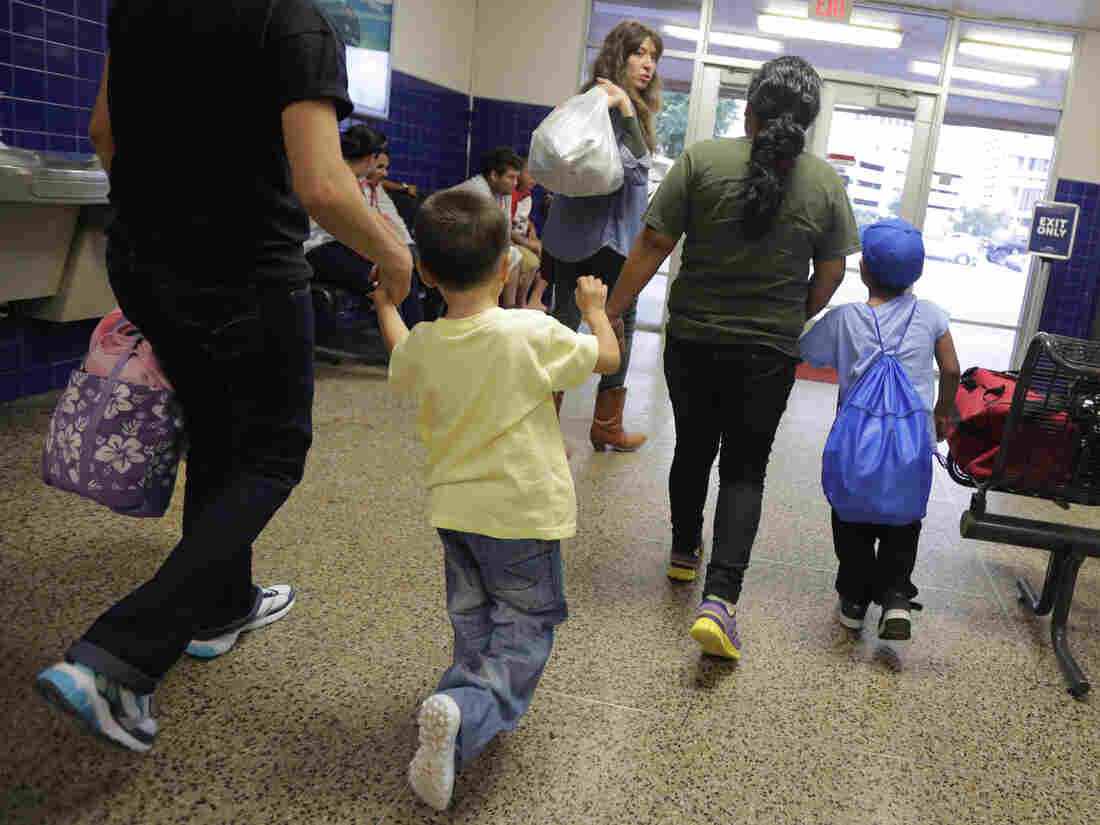 Immigrants from El Salvador who entered the country illegally walk through a bus after they were released from a family detention center in San Antonio, Texas, in 2015. Eric Gay/AP hide caption 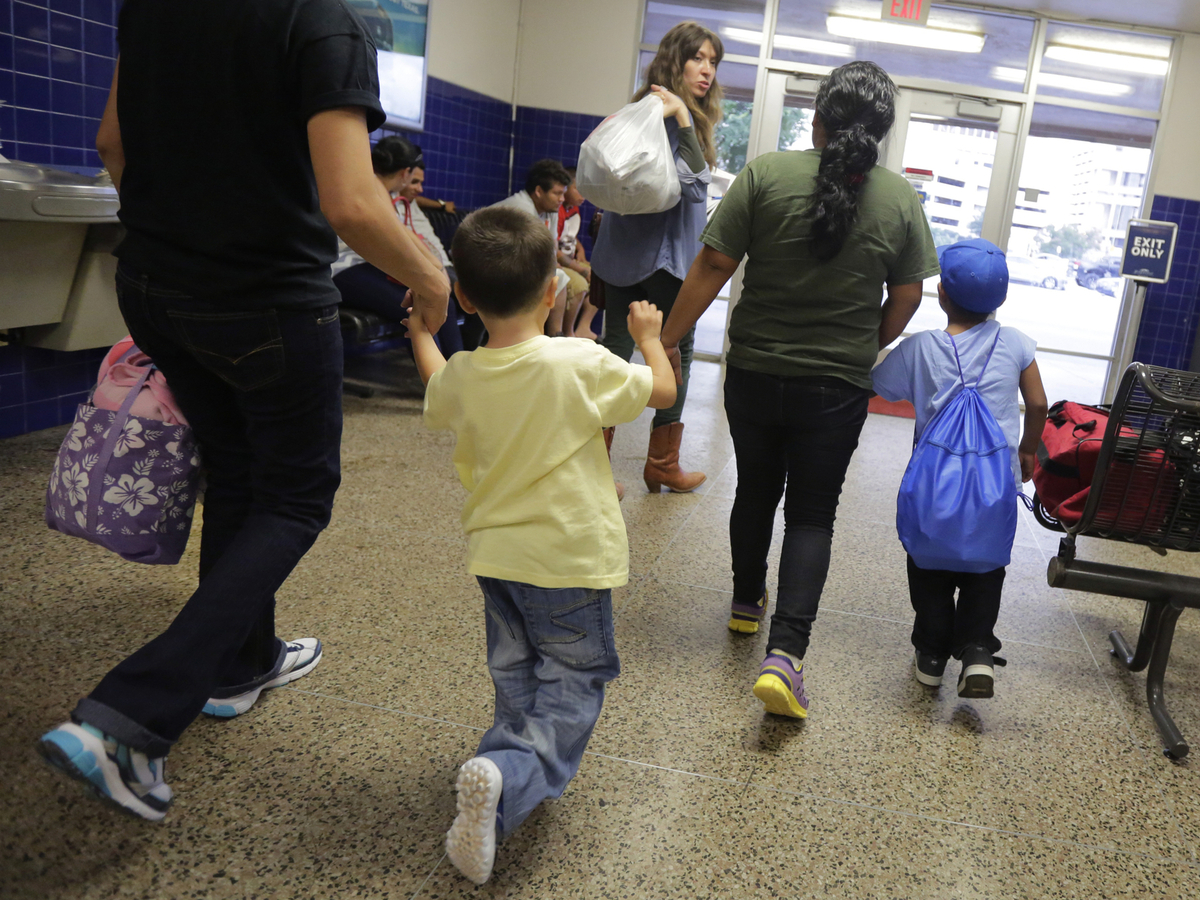 Immigrants from El Salvador who entered the country illegally walk through a bus after they were released from a family detention center in San Antonio, Texas, in 2015.

While the Trump administration continues the federal government's already-massive deportation program, 11 cities and counties will be joining the list of jurisdictions providing legal defense for undocumented immigrants at risk of deportation.

The Vera Institute of Justice, a nonprofit that researches and advocates changes in the criminal justice system, launched the Safety and Fairness for Everyone (SAFE) Cities Network this past week. The cities and counties making up the network will be providing legal counsel for immigrants facing deportation proceedings.

Vera says it selected the jurisdictions for committing to invest public money toward defending immigrants against deportation. The nonprofit says it will use a fund it administers to match the public money.

"Immigration is part of our nation's past, present, and future, and our communities will find more opportunities to grow and thrive when we recognize and embrace this fact," Vera Institute President Nicholas Turner said in the statement. "That means that all residents must see their justice systems — from our law enforcement to our courts — as delivering on our country's promise of fairness."

The cities and counties making up the SAFE Cities Network are:

In Maryland, Baltimore Mayor Catherine Pugh announced on Thursday that the city had joined the SAFE Cities Network.

"Our community is safest when our neighbors trust their officials and institutions and know they will be treated justly and with dignity," Pugh said in a news release. "Providing legal representation to those facing deportation maintains trust in law enforcement and our local institutions and keeps us all safe. If our residents don't feel safe — for example, coming forward to report crimes and cooperating with law enforcement — all of us are at more risk."

It's the latest move from cities and states looking to challenge the president's immigration policies. President Trump vowed to deport millions of people in the country illegally. Cities that pledge to limit cooperation with federal immigration agents — "sanctuary cities" — have faced pressure from the Trump administration over much of the past year.

Providing legal counsel to undocumented immigrants does not mean they will be immune from deportation. But there's evidence their likelihood of staying in the country will increase.

A recent report from the Vera Institute found free legal defense for immigrants in New York City was associated with an increased likelihood of immigrants' court visits playing in their favor. Four percent "of unrepresented, detained cases" at one New York City court initially had "successful outcomes," the nonprofit says. After providing legal defense, that number went up to almost half.

In 2015, the University of Pennsylvania Law Review published a similar study, saying immigrants with legal representation were significantly more likely to stay in the country. Immigrants in detention with legal help were 10 and a half times more likely to "succeed" in their cases as opposed to those representing themselves.

Previously, cities that have begun to implement similar programs have met opposition. A member of Chicago's city council voted against using public funds for immigration defense, calling it "the legal defense fund for the illegals," the Chicago Tribune reported.

There has also been an argument regarding which immigrants should be provided a defense lawyer. As The Intercept reported, this was a heated debate in Los Angeles that brought up plenty of questions, one of which examines the distinction between a "good" immigrant and a "bad" one — and if this should be considered at all.

With the recent local elections in which Democratic candidates won up and down the ballot, more jurisdictions may join the ranks attempting to show their support for undocumented immigrants — and opposition to the Trump administration.