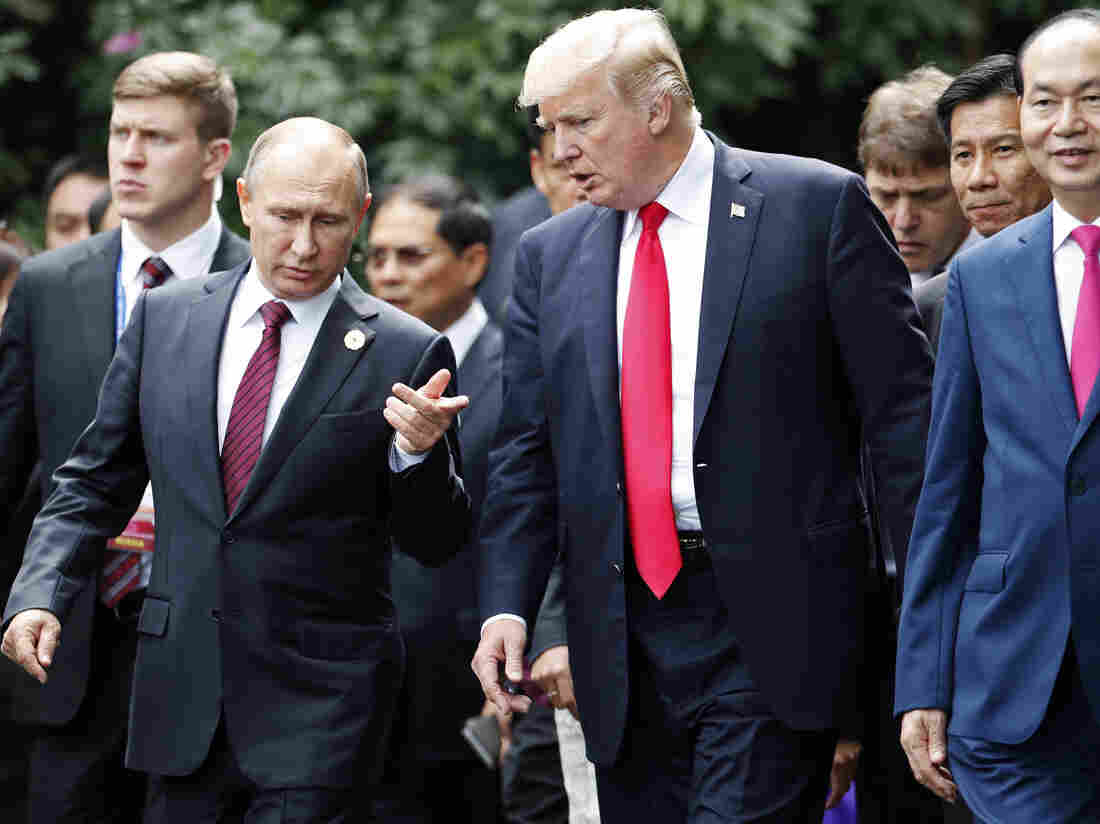 A day after meeting with the Russian president during an economic summit in Vietnam, President Trump told reporters he sided with U.S. intelligence agencies but believed that Putin "feels" his country "did not meddle in the election." Jorge Silva/AP hide caption 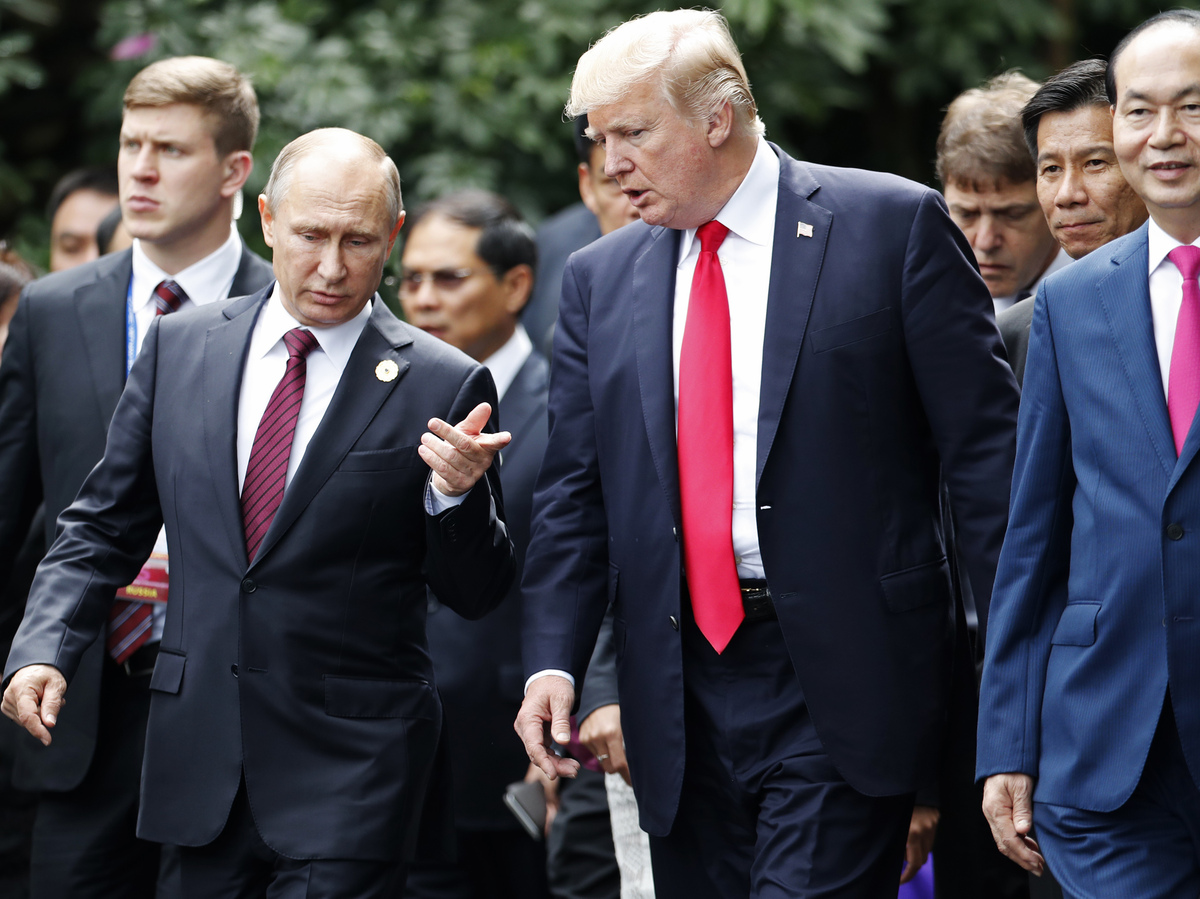 A day after meeting with the Russian president during an economic summit in Vietnam, President Trump told reporters he sided with U.S. intelligence agencies but believed that Putin "feels" his country "did not meddle in the election."

Mixed statements from President Trump during his Asia trip drew criticisms at home Sunday, particularly over Russian President Vladimir Putin's claims that his country didn't meddle in the 2016 U.S. Elections.

On CNN's State of the Union, former CIA director John Brennan criticized comments Trump made after meeting Putin during the Asia Pacific economic summit in Vietnam in which the president said he believed Putin was "sincere" in his belief that Russia did not interfere in last year's elections.

"It demonstrates to Mr. Putin that Donald Trump can be played by foreign leaders who are going to appeal to his ego and try to play upon his insecurities, which is very worrisome from a national security standpoint," Brennan told CNN's Jake Tapper.

Appearing alongside Brennan, former Director of National Intelligence James Clapper said Russia "posed" a threat that is "manifest and obvious," and echoed concerns about the president's reputation among foreign leaders.

"I do think both the Chinese and the Russians think they can play him," Clapper said.

Earlier that day, Trump had told reporters that both Clapper and Brennan, along with fired FBI director James Comey, were "political hacks." Trump has continually insisted the investigation into Russia meddling is politically motivated, often calling it a witch hunt.

But even as his criticized the former intelligence heads, he said he sided with the agencies all three officials had once lead, as NPR's Scott Horsely reports, over Putin:

" 'He said he absolutely did not meddle in our election, he did not do what they are saying he did,' Trump added.

"Later on Sunday in Hanoi, and after receiving criticism for his remarks, Trump was asked for clarification on the topic. Trump responded that he agrees with U.S. intelligence agencies that Russia interfered in last year's election.

" 'I believe that he feels that he and Russia did not meddle in the election,' he told reporters. "As to whether I believe it or not, I'm with our agencies, especially as currently constituted with their leadership.' "

Scott goes on to report that a statement from the U.S. State Department says conversations between the two leaders were focused on Syria and defeating ISIS there.