Accessibility links
McCain Derides Trump For Taking Putin's Word On Russian Election Interference : The Two-Way The Arizona senator, who has become increasingly critical of the president in recent weeks, said there's nothing 'America First' about "taking the word of a KGB colonel." 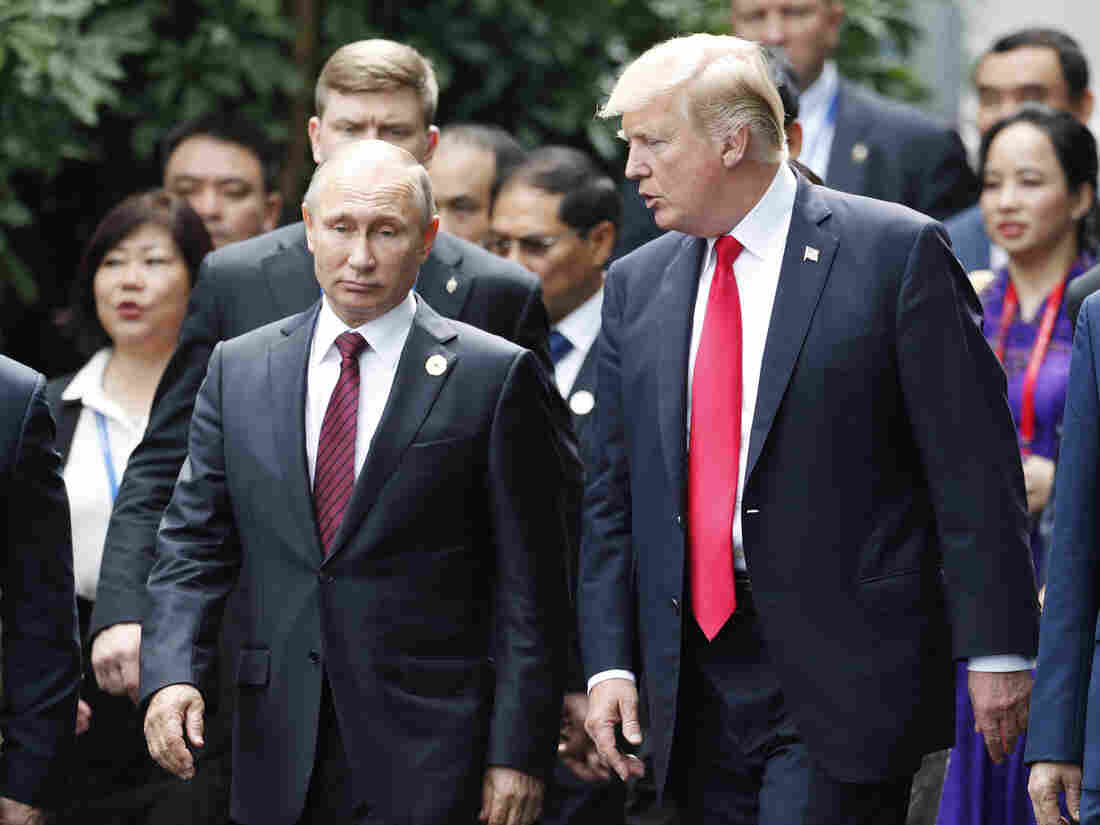 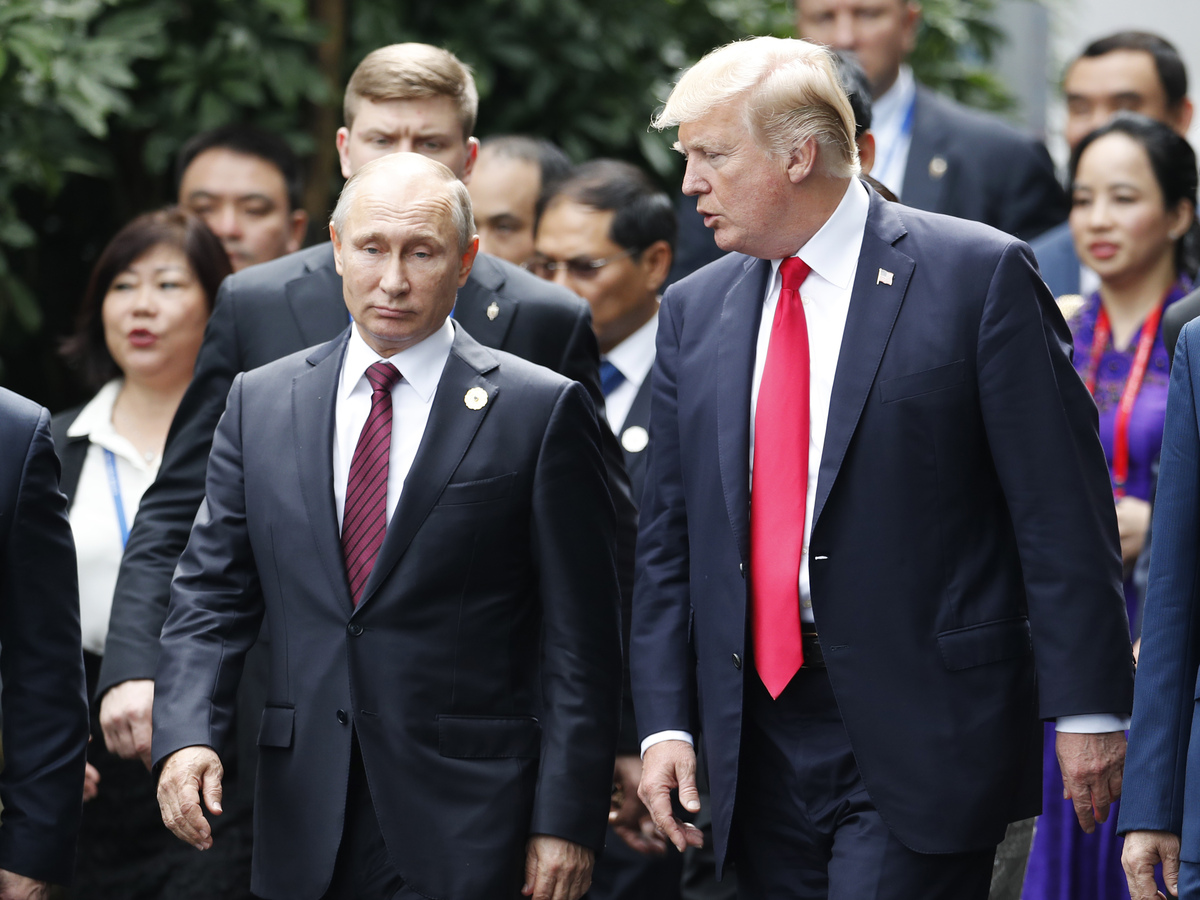 President Trump and Russia's President Vladimir Putin talk during the family photo session at the APEC Summit in Danang, Vietnam on Saturday.

Arizona Sen. John McCain stepped up his criticism of the White House over the weekend, blasting President Trump for seeming to accept Russian leader Vladimir Putin's assurances that the Kremlin didn't interfere in U.S. elections.

"There's nothing 'America First' about taking the word of a KGB colonel over that of the American intelligence community," McCain said in a written statement, referring to Trump's stated foreign policy objective and to Putin, a former operative in the Russian intelligence service.

Trump On The Defensive About Putin Discussion

Trump On The Defensive About Putin Discussion

"Vladimir Putin does not have America's interests at heart. To believe otherwise is not only naive but also places our national security at risk," McCain, the chairman of the Senate Foreign Relations Committee, said.

Trump, who met with Putin on the sidelines of the Asia-Pacific Economic Cooperation summit in Danang, Vietnam, told reporters that he had again asked Putin if he meddled in the election.

Speaking on Air Force one, Trump said Putin had told him that he "absolutely did not meddle in our election, he did not do what they are saying he did."

"I asked him again. You can only ask so many times," the president said.

Later, the president sought to clarify, saying: "I believe that he [Putin] feels that he and Russia did not meddle in the elections."

"As to whether I believe it, I'm with our agencies," Trump said, "As currently led by fine people, I believe very much in our intelligence agencies."

Although the president has wavered in his assessment about Russian interference in the November election – alternately calling it "fake news" and acknowledging that it happened — his intelligence chiefs have not, save for CIA Director Mike Pompeo who did, only to have his own agency later walk back his remarks.

The Arizona Republican denounced "half-baked spurious nationalism" and the abandonment of U.S. global leadership in what amounted to a thinly veiled excoriation of the White House.

McCain's unvarnished criticism comes as independent counsel Robert Mueller's investigation of possible collusion between Russia and the Trump campaign to damage the candidacy of Hillary Clinton heats up.