Accessibility links
Twitter Storm Lashes Keurig After It Pulls Ad From 'Hannity' Show : The Two-Way The coffee company faced its own boycott after it announced it stopped an advertisement from airing, following controversial remarks a TV host made about embattled Senate candidate Roy Moore. 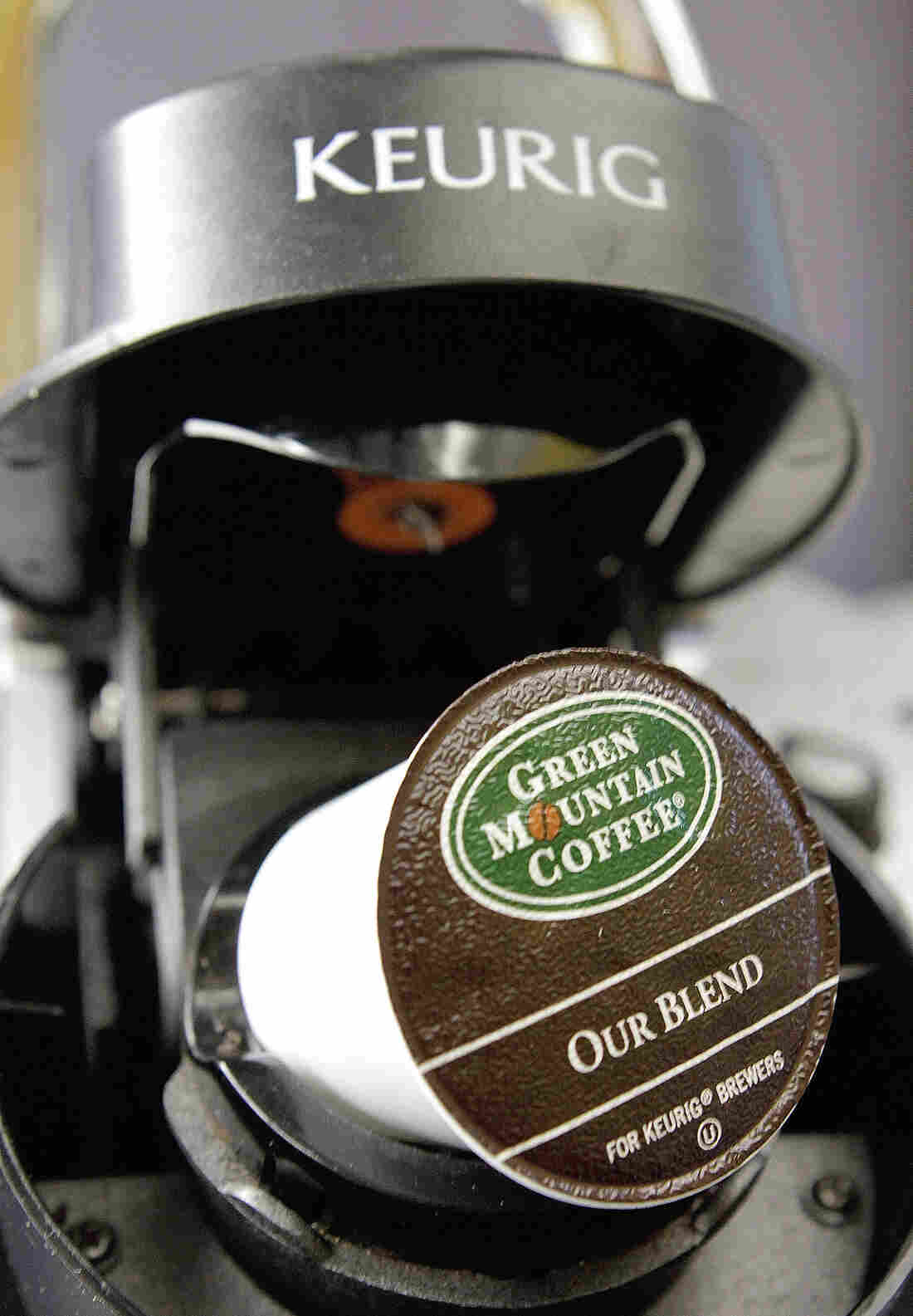 Keurig got caught up in a social media backlash after tweeting that it was pulling its advertising from the Hannity show on Fox News . Toby Talbot/AP hide caption 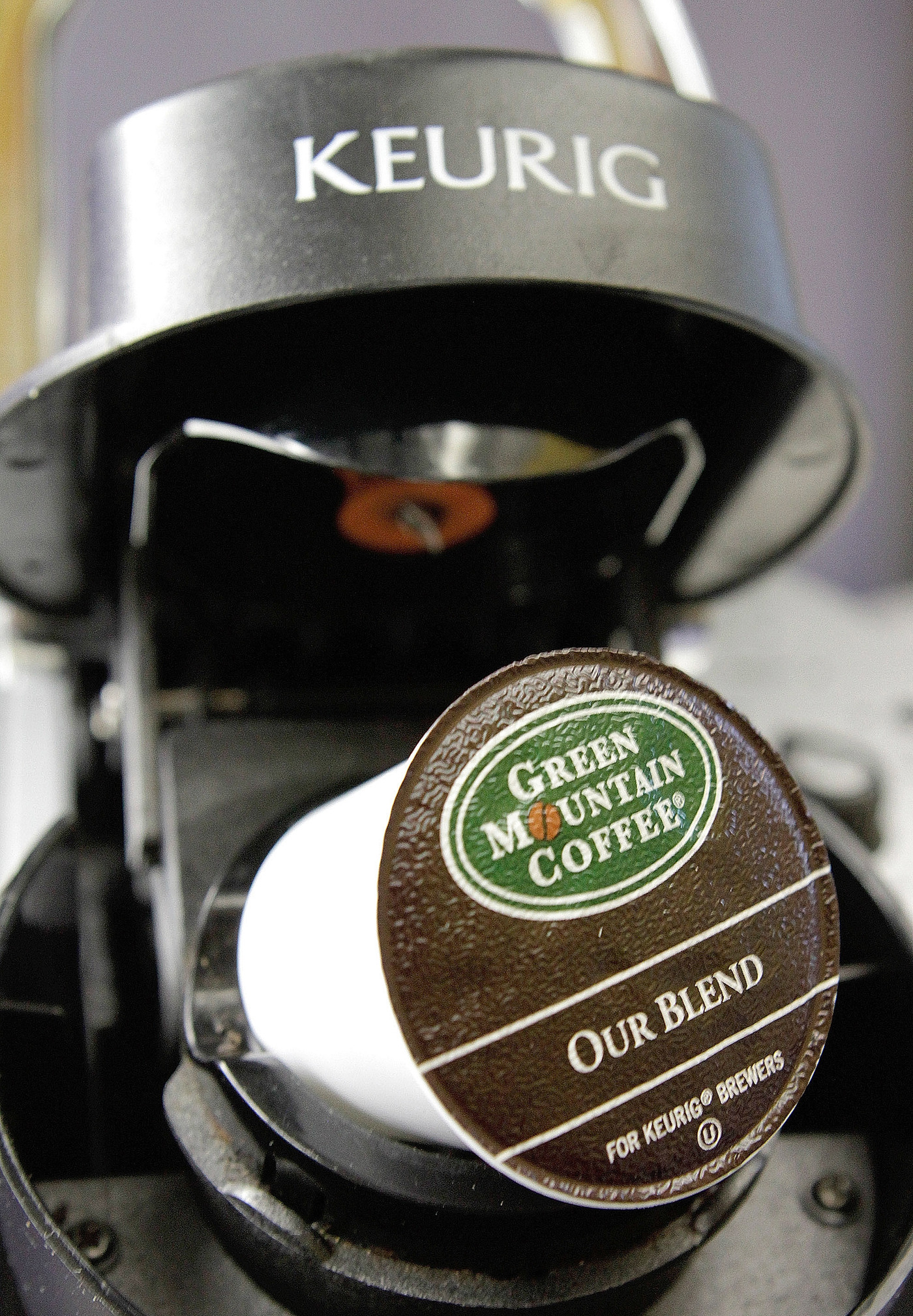 Keurig got caught up in a social media backlash after tweeting that it was pulling its advertising from the Hannity show on Fox News .

Keurig Green Mountain's motto is "brew the love," but it was more like bitter vitriol boiling over on social media after the single-serve coffee maker said it was pulling advertising from Sean Hannity's show on Fox News.

The back-and-forth has now reached near cofveve levels of muddling, so bear with us.

Keurig announced it would withdraw an ad after Hannity appeared to defend embattled U.S. Senate candidate Roy Moore. The Alabama Republican was accused of pursuing women decades ago when he was in his 30s and they were teenagers, in last week's explosive Washington Post report.

As Media Matters for America laid out, Hannity implied on his radio show that the sexual encounter with a 14-year-old as described in the Post report was "consensual." Hannity later apologized and said he "misspoke."

Moore appeared on Hannity's radio show the next day and vehemently denied the claims against him.

Angelo, thank you for your concern and for bringing this to our attention. We worked with our media partner and FOX news to stop our ad from airing during the Sean Hannity Show.

Keurig responded to Carusone that it had worked to "stop our ad from airing during the Sean Hannity Show."

Of course it did not end there. Hannity supporters unleashed their own social media backlash. Under the hashtag #boycottkeurig, people destroyed their Keurig coffee makers and vowed to stop drinking its coffee.

Then Keurig CEO Bob Gamgort seemed to backtrack on the company's own tweet. In an email published by The Washington Post, Gamgort told colleagues that the tweet was "outside company protocol." He wrote that it "gave the appearance of 'taking sides' in an emotionally charged debate that escalated on Twitter and beyond over the weekend, which was not our intent." Gamgort then called for "an overhaul of our issues response and external communications policies and the introduction of safeguards to ensure this never happens again."

As The New York Times reports, it is unclear whether the company is reconsidering advertising on Hannity's show.

But Hannity leapt on the news, tweeting, "Hold on to your coffee machines @keurig has recognized it got caught up & misled by a bigot."

At least four other companies have also said they would pull their advertising on Hannity's show owing to his coverage of Moore, reports the Times, including Realtor.com and Nature's Bounty.