Accessibility links
Iran Calls Off Search For Survivors In Quake-Struck Region : The Two-Way The quake, with its epicenter in neighboring Iraq, has killed at least 430 people in both countries, according to official figures.

Iran Calls Off Search For Survivors In Quake-Struck Region

Iran Calls Off Search For Survivors In Quake-Struck Region 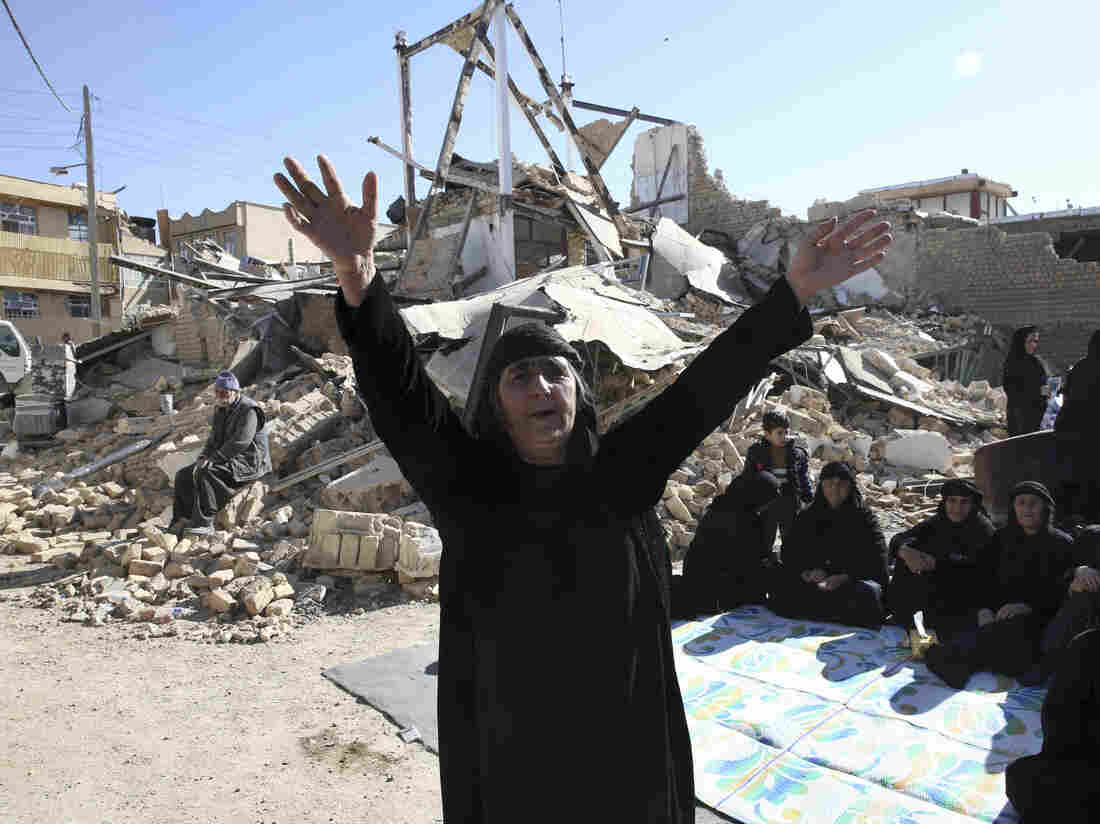 A woman mourns at an earthquake site in the Kurdish town of Sarpol-e Zahab in the western Iranian province of Kermanshah on Tuesday. Vahid Salemi/AP hide caption 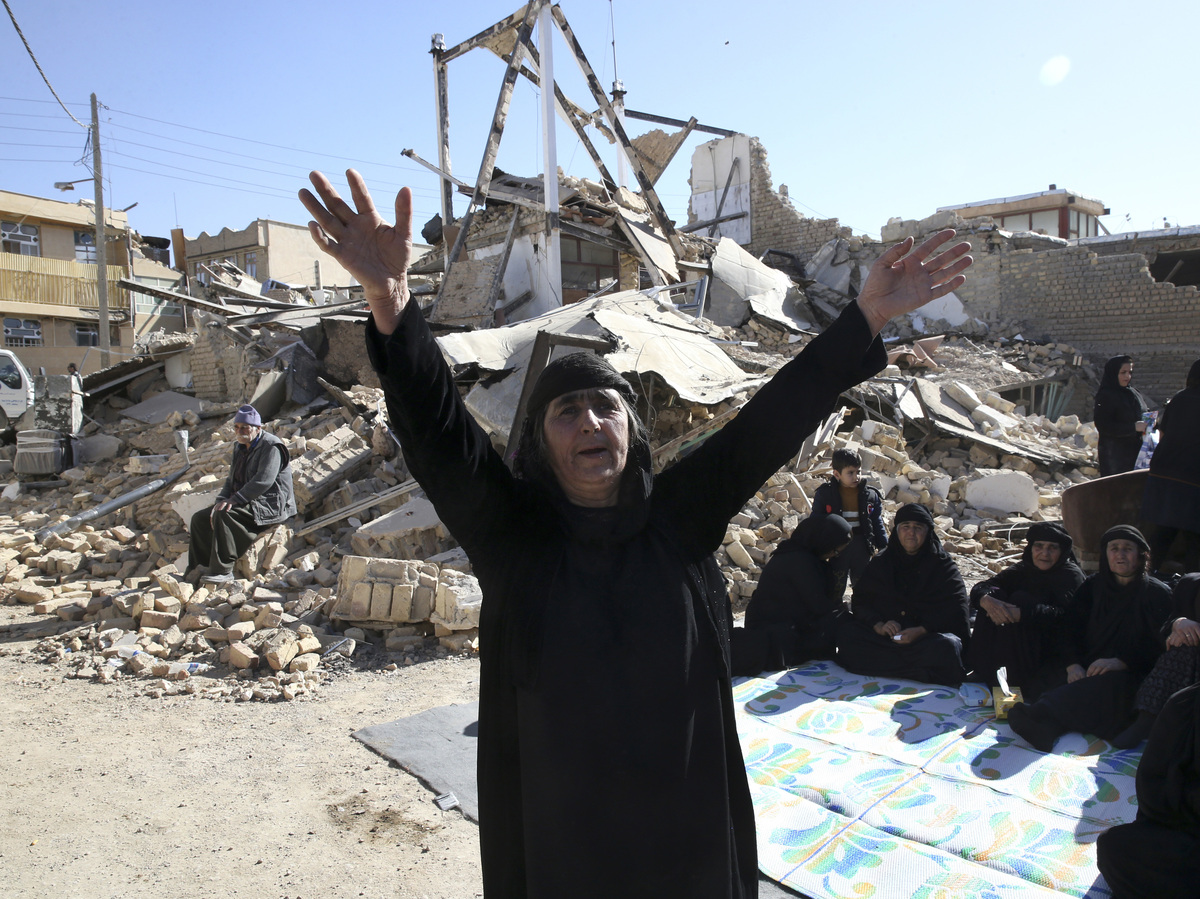 A woman mourns at an earthquake site in the Kurdish town of Sarpol-e Zahab in the western Iranian province of Kermanshah on Tuesday.

Iran says it has ended the search for survivors from a strong earthquake that struck near its border with Iraq over the weekend, killing more than 430 people across the region and injuring some 7,000 others.

The magnitude 7.3 quake hit late Sunday, with its epicenter located about 19 miles south of Halabjah, Iraq. It was felt as far away as Baghdad and Tehran.

The Associated Press says the worst damage from the quake appeared to be in the Kurdish town of Sarpol-e Zahab in the western Iranian province of Kermanshah, near the border with Iraq. At least 14 provinces in Iran were affected by the temblor.

Al Jazeera reports that the Red Crescent Society of Iran deployed staff and volunteers to assist in rescue-and-relief operations, but officials acknowledged that finding survivors buried in the rubble was unlikely.

"It is total chaos here, most homes are destroyed in Kermanshah and people are stuck under bricks and debris after the earthquake," Ali Sadeghi, a volunteer from the Red Crescent Society, told Al Jazeera, adding that "families of those trapped are also pulling people hoping to find them alive."

NPR's Jane Arraf, reporting from the Kurdistan region of Iraq, says the Red Crescent there is trying to ensure that those who lost their homes in the temblor won't freeze to death from lack of shelter. She says Turkey, despite its troubled relations with Kurds, has sent blankets to the region.

Reuters, quoting Iran state television, said thousands of people were huddled in makeshift camps and that many people spent a second night in the open, fearing aftershocks.