Accessibility links
RT America: Company Linked To Russian TV Network Registers As Foreign Agent In U.S. : The Two-Way In the filing, RT America's production company said it wasn't sure how much of its funding comes from Russia. 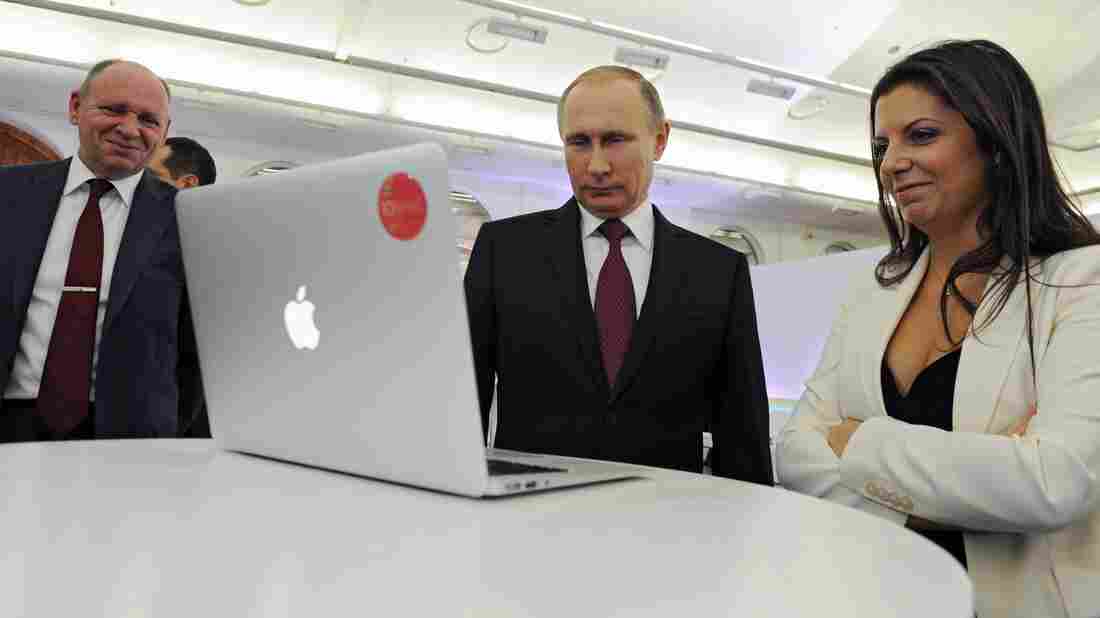 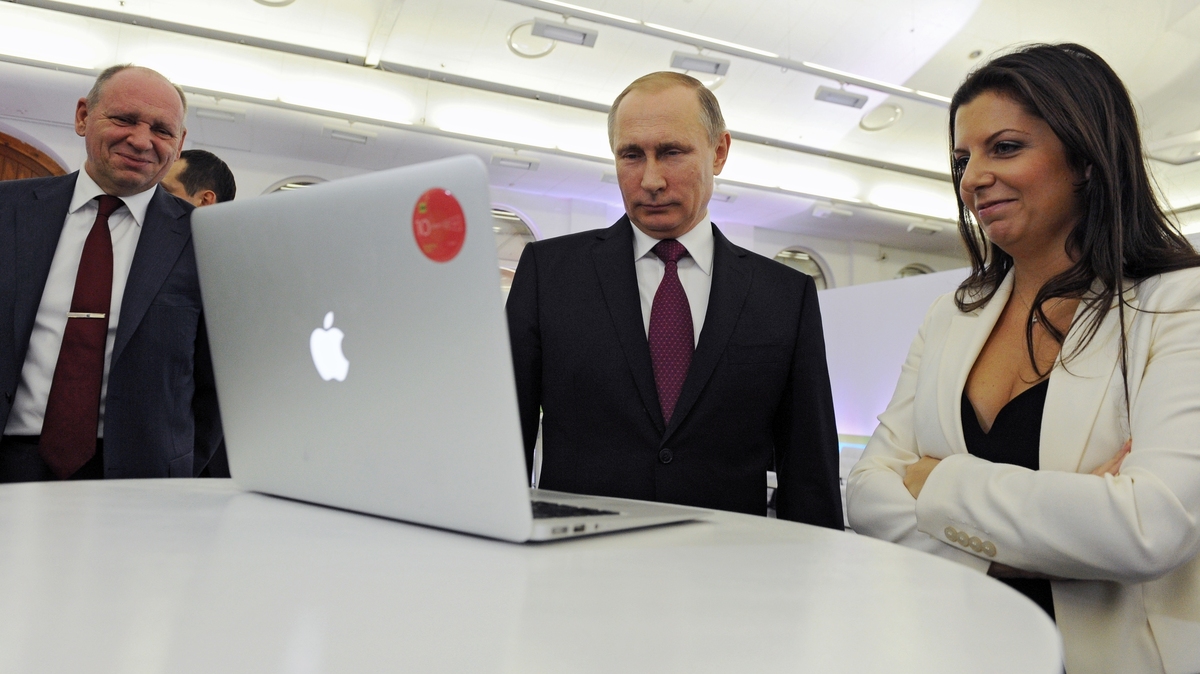 Bowing to pressure from the U.S. Justice Department, the production company behind media outlet RT America registered as a foreign agent on Monday. Russian leaders are criticizing the move, and lawmakers in Moscow are preparing a "symmetric legislative response," according to the state-run Tass news agency.

In the filing, RT America's partner company said it wasn't sure how much of its funding comes from Russia. The media operation had faced a Nov. 13 deadline, set by the U.S. government, to register.

"Between legal action and registration [as a foreign agent], we have chosen the latter," RT Editor-in-Chief Margarita Simonyan said in a Twitter post that was translated from Russian by RT in its story about the registration. In her tweet, Simonyan added that she "congratulates the US [on its] freedom of speech and all those who still believe in it."

After the filing was made on Monday, Russia's ambassador to the U.S., Anatoly Antonov, visited RT America's offices in Washington, D.C.

"We never let our people down," he said, according to Tass.

As the deadline approached, Russian lawmakers pledged to pass new restrictions on U.S. media in retaliation for the American move. And on Tuesday, The Moscow Times tweeted, "It's happening: State Duma drafts amendments to existing laws on foreign media, 'undesirable organizations.' "

The Justice Department officially announced the registration of T&R Productions — naming RT parent ANO TV-Novosti as the foreign principal — on Monday. Acting Assistant Attorney General for National Security Dana J. Boente said in a statement, "Americans have a right to know who is acting in the United States to influence the U.S. government or public on behalf of foreign principals."

The U.S. agency says that since August 2014, T&R Productions "has operated studios for RT, hired and paid all U.S.-based RT employees, and produced English-language programming for RT."

The registration under the Foreign Agents Registration Act includes a number of production contracts between T&R and the TV network, promising the creation of shows such as Off the Grid, Boom Bust and Watching the Hawks.

The paperwork acknowledges that RT America's parent company is financed by a foreign government, political party or other principal. But the company declined to provide details, saying only that it understands "the Russian Federation finances ANO TV-Novosti to a substantial extent."

To the next question — which seeks a full explanation for those foreign ties — the response stated, "Registrant is not sufficiently aware of who supervises, owns, directs, controls or subsidizes ANO TV-Novosti to answer the foregoing questions."

That information stands in stark contrast with other filings — take, for instance, the listing of the Canadian Broadcasting Corporation, or CBC, as a foreign principal back in 1997. In that filing, the company said, "Approximately 75 percent of the CBC's funds come from the Canadian government through a Parliamentary appropriation," with most of the remaining funds coming from advertising.

The CBC filing was made after the broadcaster retained a U.S. law firm to represent its interests when the U.S. government was weighing TV and copyright licensing rules.

As for the content on RT America (formerly known as Russia Today), the FARA filing states, the "registrant has editorial control over these programs, and on-air talent is given reasonable creative discretion."

To the question of whether political activities are involved, the company replied "no," adding that the channel's programs "are designed merely to inform, not influence" and aren't meant "to primarily benefit any foreign government or political party."

Beyond the official Russian response, the Justice Department's approach to RT America has been criticized by those who worry that it could set off retaliatory actions — and be seen as a high-profile precedent.

"Compelling RT to register under FARA is a bad idea. This is a shift in how the law has been applied in recent decades, so we have little information about how its reporting requirements might affect individual journalists," said Alexandra Ellerbeck of the North America branch of the Committee to Protect Journalists. "We're uncomfortable with governments deciding what constitutes journalism or propaganda."

As NPR's David Folkenflik reported at the end of last year: "RT America has a modest audience, exploring stories of dissent, injustice and poverty within the U.S. that it says American news outlets ignore. Former MSNBC host Ed Schultz joined the network back in January."

David added, "Many American analysts call RT's work outright propaganda for a country now accused of trying to tamper with the 2016 presidential elections."

More than 400 companies or other entities are currently registered with the Justice Department under the Foreign Agents Registration Act, either as a primary registrant or as a foreign principal. They range from the Aruba Tourism Authority to China's Xinmin Evening News.

Not all registrants seem to agree with the classification process: In its filing, Japanese broadcaster NHK, which provides programming for the cable channel TV Japan, says, "We don't believe that the distribution of such TV programs to our subscribers is political activity."

Other registrants include the Chinese media outlets China Daily — which was first listed in 1983 — and the People's Daily.

Since FARA's inception around the time of World War II, more than 6,000 entities have registered, according to online records.