Accessibility links
Barbie Heads Into New Ground With Hijab-Sporting Doll : The Two-Way The doll is modeled after fencer Ibtihaj Muhammad, the first U.S. Olympic athlete to compete in a hijab, who said she would sew head scarves onto her Barbies as a child. 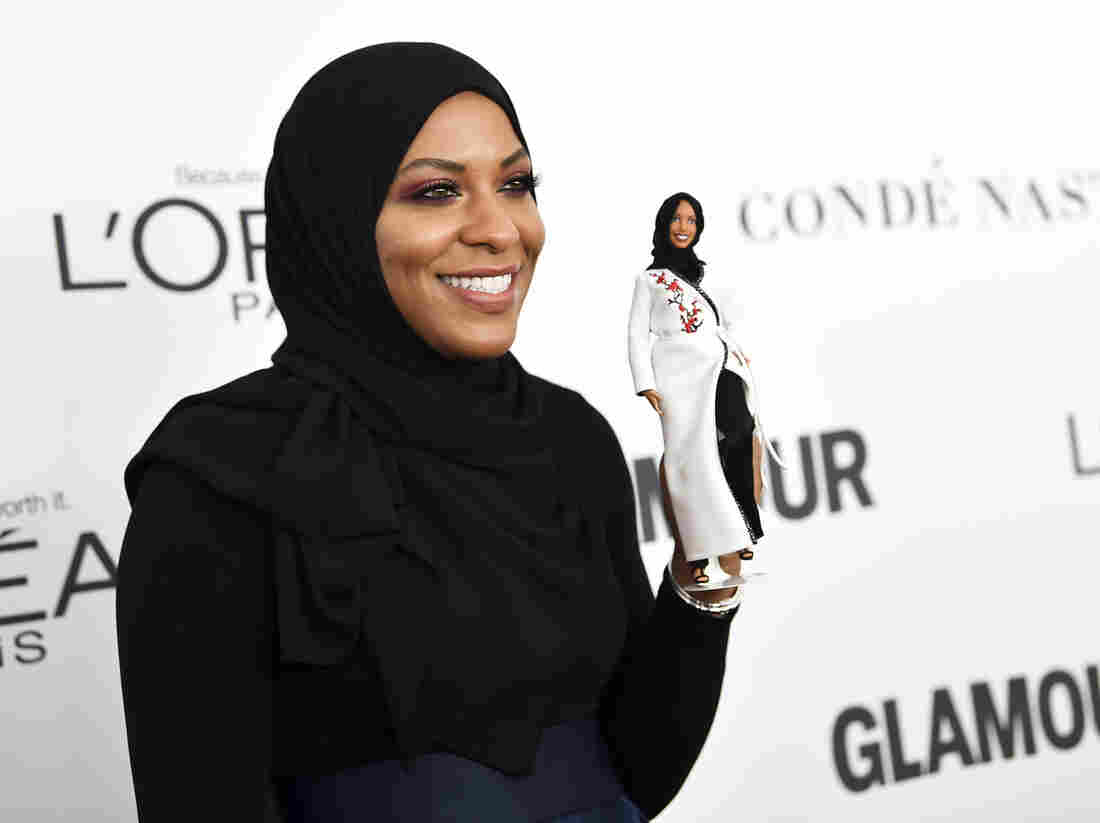 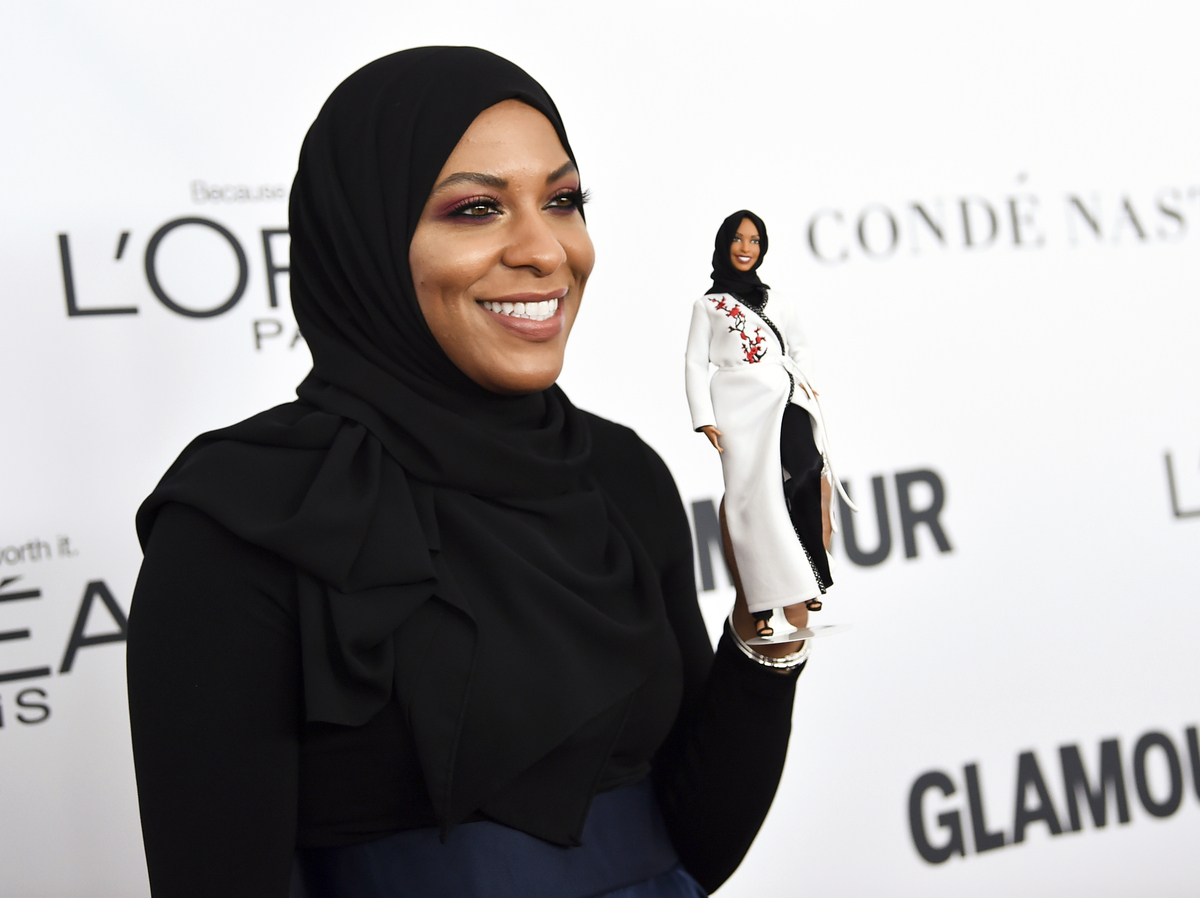 Olympic fencer Ibtihaj Muhammad holds a hijab-wearing "Barbie Shero" in her likeness at the 2017 Glamour Women of the Year Awards on Monday.

Mattel unveiled its first hijab-wearing Barbie doll on Monday, modeled after fencer Ibtihaj Muhammad, who has broken ground herself as the first U.S. Olympic athlete to compete in the head scarf.

"Perfect hijab moment right here, this is amazing," Muhammad said as she beheld the doll for the first time at the Glamour Women of the Year Summit, her likeness clad in a white fencing uniform and clutching a sword and helmet.

Muhammad said she played with Barbies until she was a teenager, but none of the dolls looked like her, so she resorted to sewing mini hijabs onto them. Now she is hoping the new doll inspires other girls "to embrace what makes them unique."

In an interview with ESPNW, Muhammad, 31, said, "I feel like I've always embraced being 'different' in respect to breaking boundaries, being an African-American Muslim woman in the sport of fencing."

It was more than figurine's hijab that mattered to Muhammad. "Growing up I was always told that my legs were big," the New Jersey native told ESPN. "(I)t was important to me that my doll has an athletic build and toned legs, which I have. Those legs helped me win my medal at the Olympic Games."

Muhammad won bronze at the 2016 Games in Rio de Janeiro, which also gave her the distinction of becoming the first Muslim American woman to take home an Olympic title.

The doll, which won't be available for purchase until 2018, is part of Mattel's "Sheroes" line, modeled after real-life women who are "breaking boundaries." In May, Olympic gold medal-winning gymnast Gabby Douglas was recognized with her own "Shero" doll.

Mattel has been working to move Barbie's image away from the blonde-haired, blue-eyed and unattainably proportioned clone. In 2016, it rolled out its Barbie Fashionista's line, with dolls of four body types, seven skin tones and 24 hairstyles. The new dolls have been credited with helping revive sales.

Even Barbie's boyfriend Ken got a makeover earlier this year, with more than a dozen new dolls of varying shapes, shades and hairdos — man-bun included.

More than just toys, Muhammad tells ESPN the dolls can be tools to "show children how to embrace what makes them different and to remind them that they're beautiful and they can be whatever they want. We can help push that narrative through role play, through dolls and through using your imagination."