Accessibility links
Tehama County Shooting: Police Find Body Of Gunman's Wife : The Two-Way Tehama County Assistant Sheriff Phil Johnston said that the body of Kevin Janson Neal's wife was found under the floor in their home and her murder is "what started this whole event." 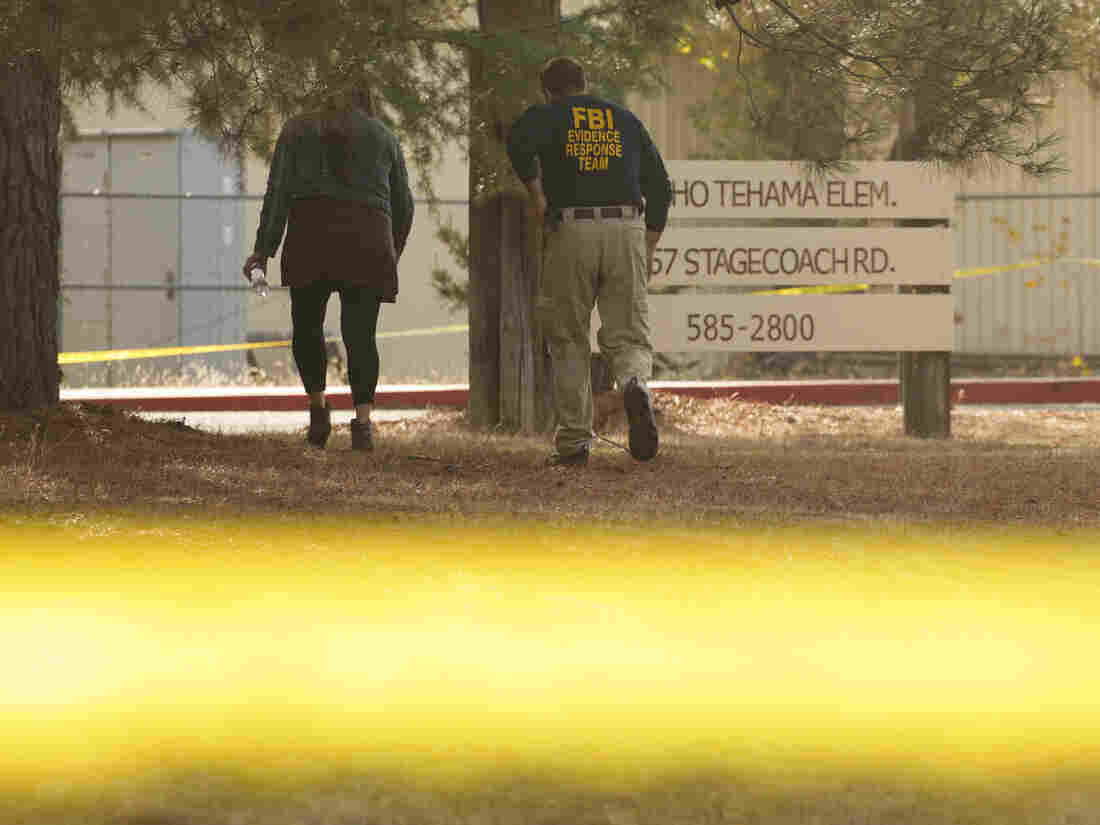 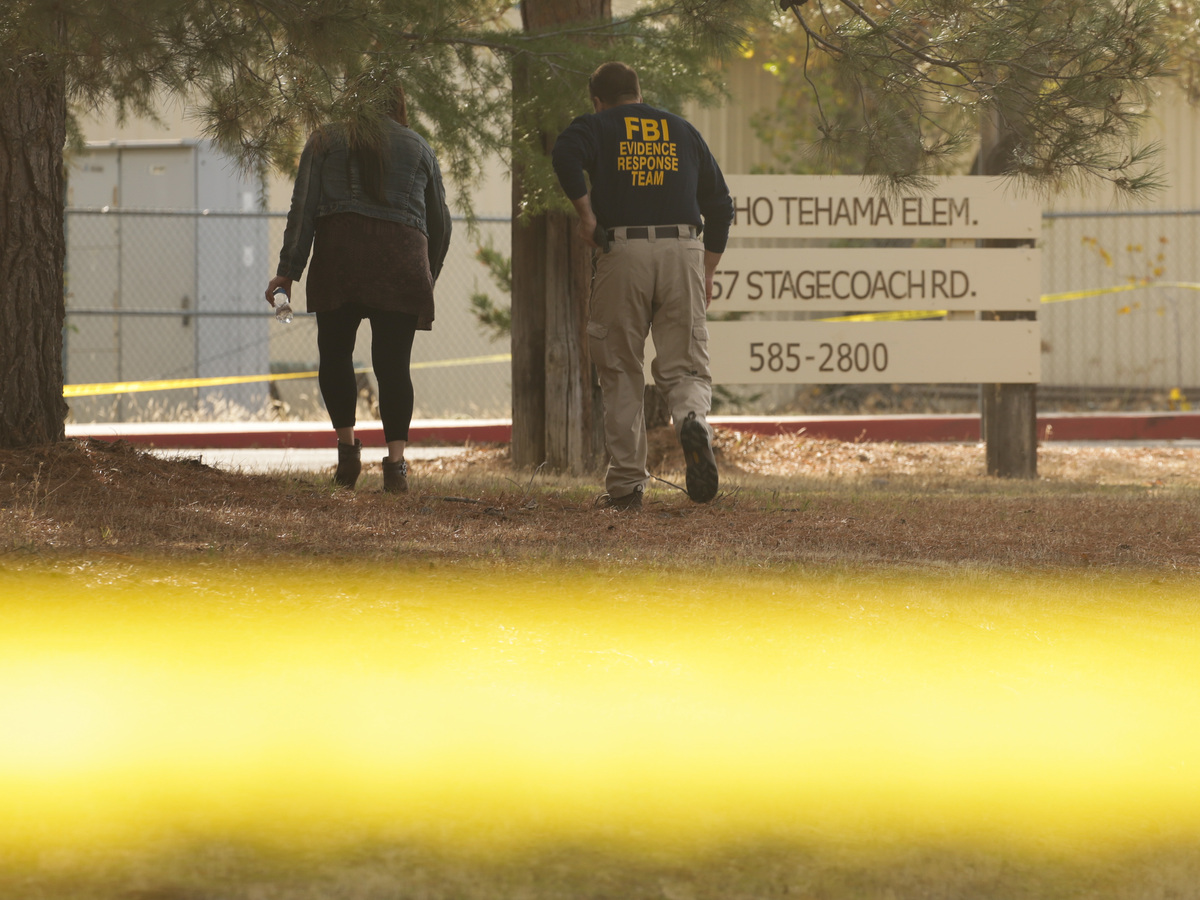 An FBI agent scans the area outside Rancho Tehama Elementary School, which went into lockdown during the shooting Tuesday. Tehama County, Calif., authorities credit that move with saving lives.

Authorities in Northern California say a fifth person was killed by a man who went on a shooting rampage Tuesday. Police have discovered the dead body of the gunman's wife hidden beneath the floor at their rural home 120 miles north of Sacramento.

The gunman has been identified as 43-year old Kevin Janson Neal. Police believe he started with his wife, and then killed four people and wounded at least 10 others at different locations as he randomly shot at homes and drivers in and around the quiet rural community of Rancho Tehama. Neal was killed by police about 25 minutes after his rampage began just before 8 a.m. local time. 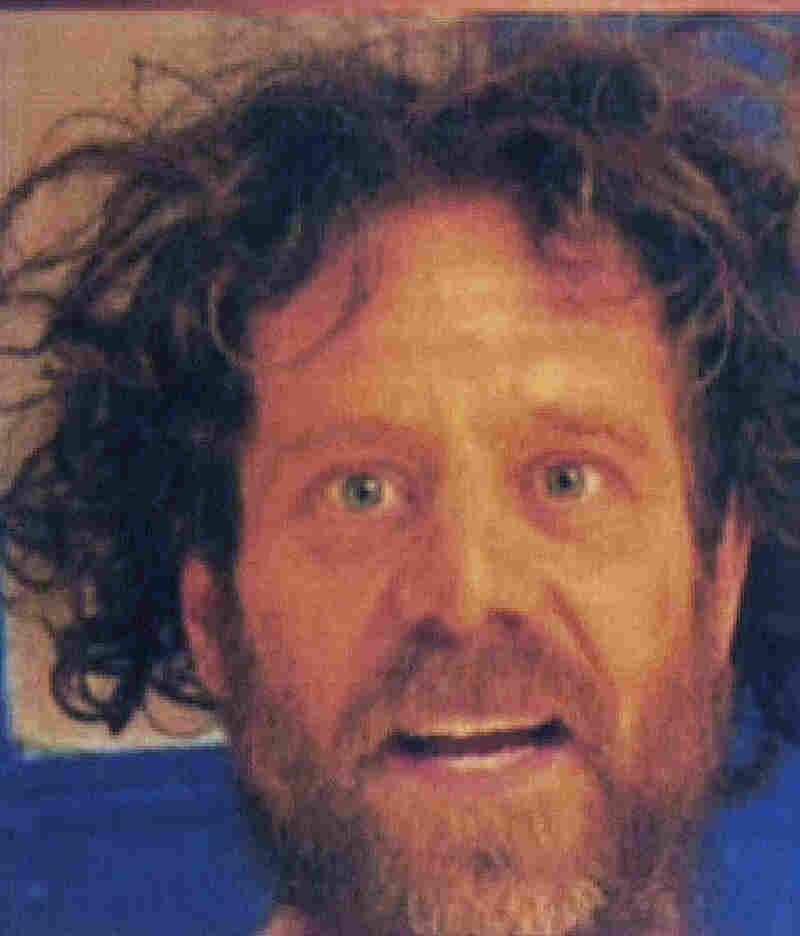 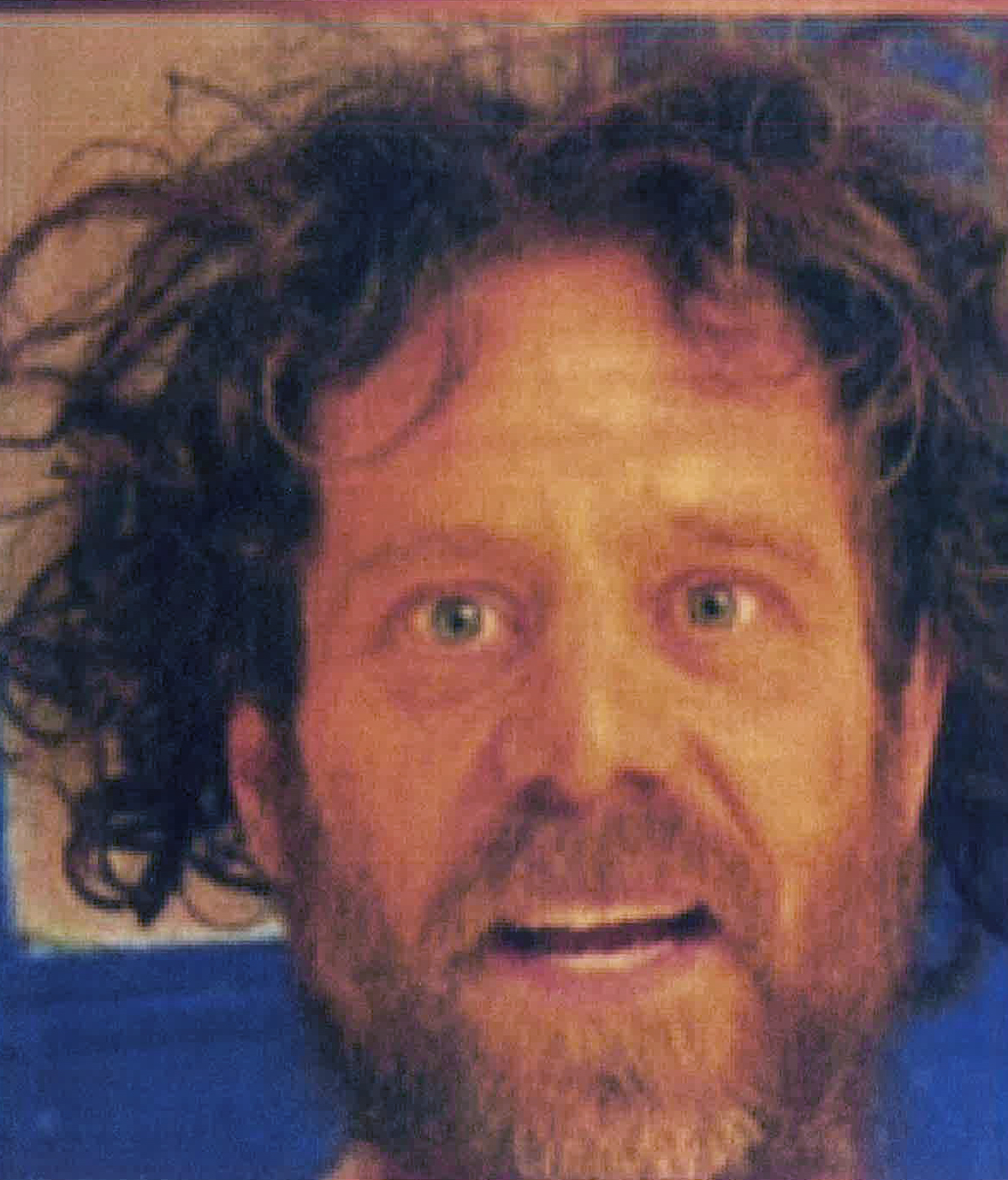 A mug shot of Kevin Neal.

Tehama County Assistant Sheriff Phil Johnston said police recovered two semi-automatic rifles with "a number of multiround clips. These firearms were manufactured illegally, we believe, by him at his home." Johnston said Neal also had two handguns registered in someone else's name.

Johnston said police believe that Neal killed his wife Monday night after the two had quarreled and that he stashed her body beneath the floorboards.

"We believe that is what started this whole event," he said in a news conference Wednesday.

Neal killed two neighbors in Rancho Tehama, including a woman who had secured a restraining order against him earlier this year after he assaulted her.

He then drove to a nearby school, Rancho Tehama Elementary, crashing a stolen vehicle through a gate, and sprayed the building with bullets. Johnston said school authorities saved lives by locking the building.

"It is monumental that that school went on lockdown," Johnston said of the school's quick response to the crisis. "I really truly believe that we would have had a horrific bloodbath in that school" if Neal had been able to get inside.

No children were killed, but one child was shot at the school and is in critical condition; three others were injured by flying debris, such as broken glass, Johnston said. He said that the father of one of the students had been shot and killed at a separate location.

Johnston urged other schools to practice their lockdown procedures.

"We live in an age where we just don't know," he said.

Authorities are still picking through the seven crime scenes, including the school.

"All of the staff performed heroically," Richard Fitzpatrick, the superintendent of Corning Union Elementary School District, told local media. Hearing the gunshots of the approaching shooter roughly a quarter-mile away, the adults at Rancho Tehama Elementary School ushered their young students into the building and locked down the school "flawlessly and quickly."

There, they lay huddled as the gunman — identified by witnesses and multiple media outlets as Neal — stepped out of the vehicle he had rammed into the front gate and walked into the school's quad. With the doors locking him out, he instead fired his semi-automatic weapon on the school from outside.

"Our head custodian as well as our school secretary put themselves in harm's way during the course of this situation — but indeed, all of our teachers and all of our staff were in harm's way," Fitzpatrick said. "There were bullets going through windows and there were bullets going through walls. And their teachers kept their kids calm, kept them on the floor, and kept them as safe and secure as possible."

The school was not the only place in Rancho Tehama terrorized by the shooter, who also killed three people in his neighborhood before stealing a vehicle and driving toward the school. He apparently fired at random at other people on the road there.

On Wednesday, Johnston said there could also be more injuries that haven't been reported. Of the residents where the shootings took place in Rancho Tehama, he said, "They need to check on each other; they need to check on their neighbors. Because this individual was literally going up and down the road shooting at random structures."

Referring to video footage taken at the school, Johnston said it seemed that Neal had grown frustrated after being unable to get into the building.

After roughly six minutes of firing at the classrooms, he left and continued his rampage back along the road he came from before law enforcement officers finally shot and killed him in his vehicle.

"He chased people with his vehicle, shooting at them," Johnston said.

All told, the shootings lasted about 25 minutes and left at least six dead, including the shooter himself. Citing police phone records, Johnston said that the first call to dispatch had come in at 7:54 a.m. — and that the call for an officer-involved shooting came in at 8:19 a.m.

Johnston noted Tuesday that one of the gunman's first victims was a neighbor who allegedly had been assaulted by the gunman in January and had taken out a restraining order on him. The Bee explains how it identified Neal from this information:

"Neal was initially jailed in late January in the assault case and was being held on $160,000 bail, according to the Red Bluff Daily News. In April the district attorney's office charged him with assaulting a second woman, also in late January, according to Tehama County Superior Court records.

"Gregg Cohen, the Tehama district attorney, told The Bee that his office was prosecuting Neal on charges related to a stabbing and assault with a deadly weapon involving two of his neighbors."

On Wednesday, Cohen said that Neal had been out on bail at the time of the shooting, having "immediately" made bail in the assault case.

Reached by the AP, Neal's mother said her son had called her just the day before the shooting, sounding distressed about an ongoing dispute with his neighbors and telling her "it's all over now."

"All of a sudden, now I'm on a cliff and there's nowhere to go," he told her, as she recalled to the AP. She said her son, reportedly a marijuana farmer, believed his neighbors were cooking methamphetamine, the fumes from which were harming his dogs.

"No matter where I go for help here I get nobody who will help me," she said he told her. "All they are doing is trying to execute me here."

Neighbor Cristal Caravez told the wire service at least part of the dispute arose from the sounds of gunfire coming from Neal's property at all hours — which she said she and her father reported to the sheriff, only to find "the sheriff wouldn't do anything about it."

"You could hear the yelling. He'd go off the hinges," she said of the gunfire. "It would be during the day, during the night; I mean, it didn't matter."

Neal's sister Sheridan Orr, who also spoke to the AP, said her brother had "no business" owning firearms. She noted that he had struggled with mental illness and an occasionally violent temper.

It is as yet unclear whether the terms of Neal's bail prohibited him from owning guns.

Orr added: "If we can do any good to make people realize there must be some gates on people like this from getting guns — this is the same story we're hearing more and more."