Accessibility links
UCLA Basketball Players Admit To Shoplifting In China, Are Suspended From Team : The Two-Way The players each thanked President Trump one day after returning home from Asia. As for playing again, "they will have to earn their way back," said head coach Steve Alford.

UCLA Basketball Players Admit To Shoplifting In China, Are Suspended From Team

UCLA Basketball Players Admit To Shoplifting In China, Are Suspended From Team 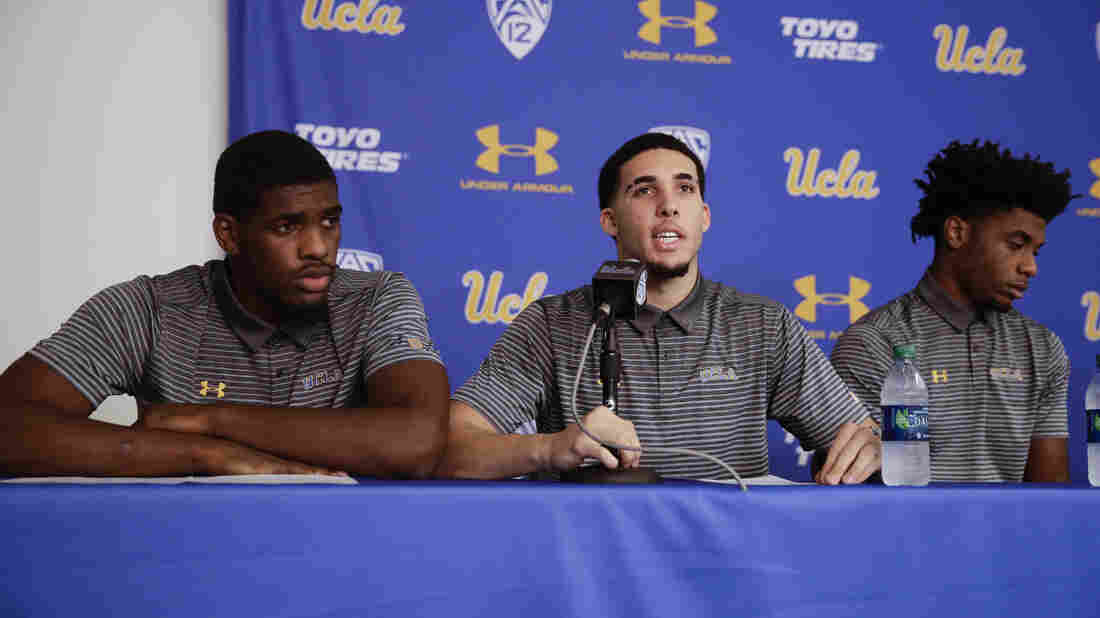 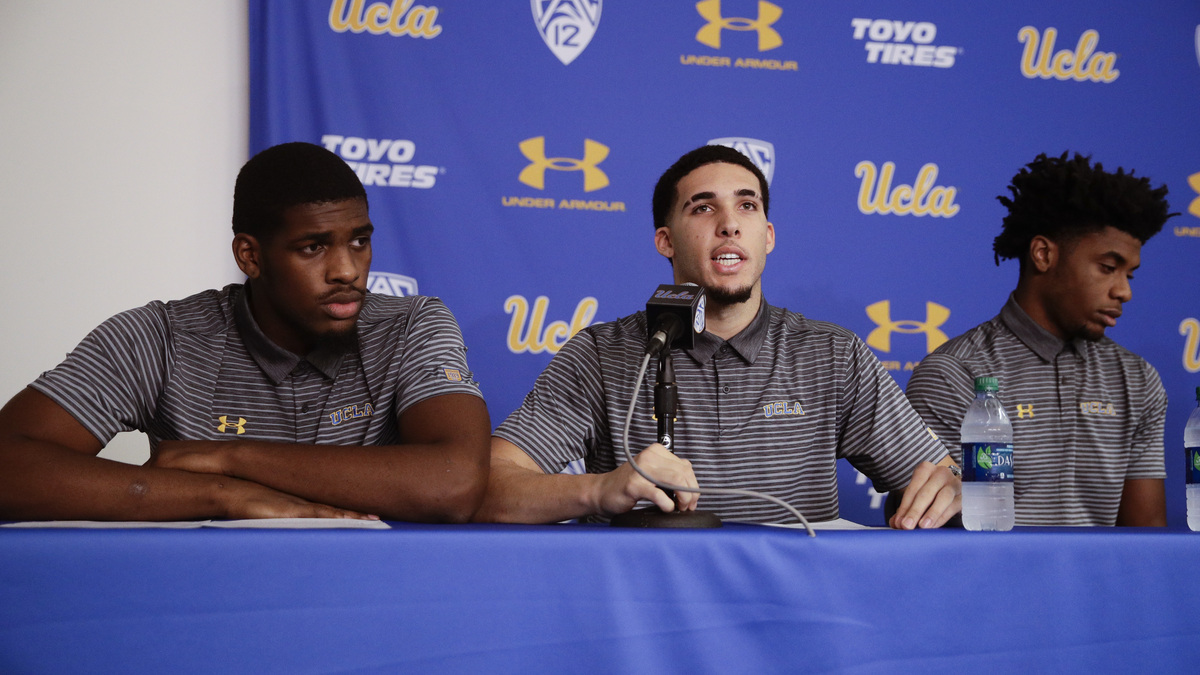 Three UCLA freshmen have been suspended indefinitely from the basketball team, one day after returning home from China, where they were detained and accused of shoplifting, announced head coach Steve Alford at a news conference at the university on Wednesday.

"They're going to have to regain the trust of this athletic department, of this university, and because this was such a high-profile international matter, the trust of the general public," Alford said, adding that the school is working through a review process with its office of student conduct.

The three players — LiAngelo Ball, Jalen Hill and Cody Riley — also spoke at the news conference, and each one apologized and admitted to stealing. They were supposed to play Georgia Tech at the Pac-12 China Game but were detained on Nov. 7, spending one night at a police station and remaining at a Hangzhou hotel for nearly a week.

"I want to start off by saying how embarrassed and ashamed I am for disappointing my family, my teammates, my coaches and the entire UCLA community," said Riley. "I take full responsibility for the mistake I have made — shoplifting."

"What I did was stupid," said Hill, "there's just no other way to put it."

"I'm extremely sorry for those who I let down," said Ball, who is the younger brother of Los Angeles Lakers player Lonzo Ball. "And I take full responsibility for my actions."

Do you think the three UCLA Basketball Players will say thank you President Trump? They were headed for 10 years in jail!

Earlier in the day, Trump tweeted, "Do you think the three UCLA Basketball Players will say thank you President Trump? They were headed for 10 years in jail!"

Trump arrived in Beijing as part of his Asia trip one day after the players were accused of shoplifting, and he used the state visit to bring up their fate with Chinese President Xi Jinping, reports The Washington Post.

On Tuesday before leaving the Philippines, Trump told reporters he "had a great conversation" with Xi and went on to talk about the American students. "What they did was unfortunate. You're talking about very long prison sentences. They do not play games. He was terrific and they're working on it right now."

Later that day the players were on their way home to Los Angeles.

White House chief of staff John Kelly called the three players over the weekend, according to UCLA Athletic Director Dan Guerrero, who also spoke at the news conference.

Guerrero provided more details about the incident, saying the students stole items from three shops near their hotel on the evening of Nov. 6 during a block of free time.

The next morning, police arrived at their hotel and interviewed players and searched bags. Ball, Hill and Riley were then taken to a police station, said Guerrero, and were freed on the morning of Nov. 8 on $2,200 bail. They had to surrender their passports and agree to travel restrictions.

"They were not required to remain in the hotel, though we made that decision out of an abundance of caution and respect for the process," Guerrero said.

ESPN reports that according to a source, there is surveillance video of the players shoplifting from three stores inside a shopping center.

"I'm grateful to be back home and I'll never make a mistake like this again," said Ball at the press conference Wednesday.

Alford said that the trio is currently forbidden to travel with the team or suit up for home games, but "at some point they may be permitted to join team workouts, practices and meetings, but that timeline has yet to be determined."

"These are good young men, who have exercised an inexcusable lapse of judgment," Alford said. "These young men are going to have to prove their words and actions that this isn't who they are."