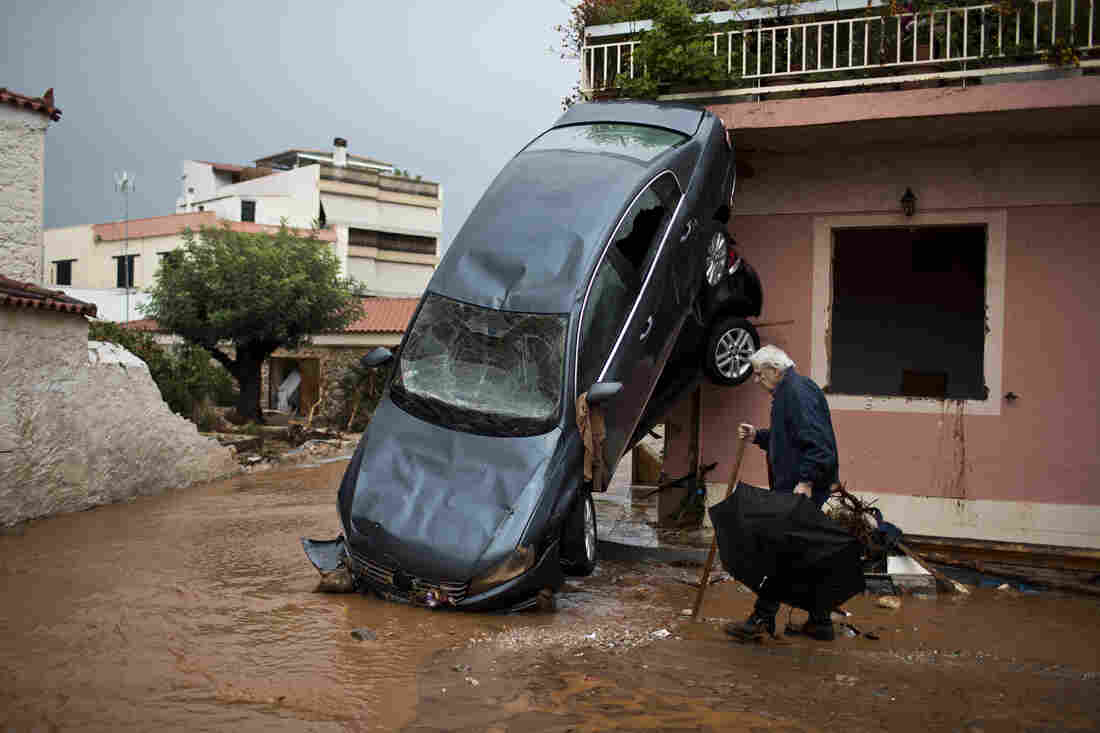 A car leans against a building, the result of the immense and sudden floods that hit Mandra, a town near Athens, on Thursday. Petros Giannakouris/AP hide caption 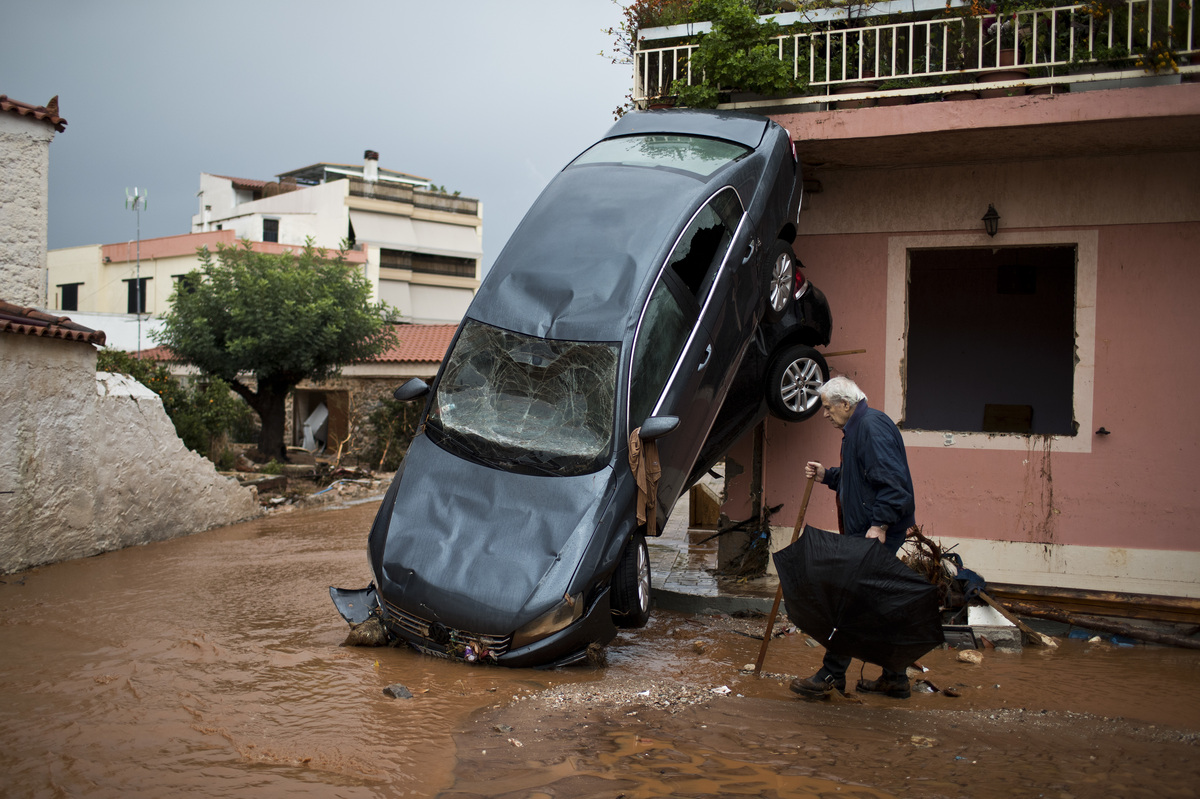 A car leans against a building, the result of the immense and sudden floods that hit Mandra, a town near Athens, on Thursday.

At least 15 people are dead and a dozen injured after overnight downpours caused sudden and catastrophic flooding in cities outside Athens, according to Reuters. In western cities like Mandra, Nea Peramos and Megara, citizens lost homes, cars and businesses. Forecasters expect more rain tonight.

In Mandra, a working-class city about 16 miles from the capital, Athens, authorities say at least 500 homes and businesses were lost to the surging muddy waters. Walls of structures simply collapsed.

"Meteorologists say that at its most intense, the rainfall amounted to three centimetres [1.18 inches] in one minute, leading to flash flooding. Greece is experiencing a week of heavy rain after many months of very little, and many of the dry river beds that serve as natural spillways have been built over, in some cases with inadequate drainage."

"This is a biblical disaster," Mandra Mayor Yianna Krikouki told state broadcaster ERT. "Everything is gone."

The Associated Press reports that victims' ages range from the mid-30s into the 80s. Some were caught and drowned in the waters that rushed inside their homes. Others outside died, their bodies being swept out to sea. Twelve of the 23 injured remained hospitalized, including an 82-year-old woman listed as being in serious condition in an intensive care unit, the National Health Operations Center told the A.P. Those trying to escape from the surges climbed onto roofs, some sleeping there overnight.

Local municipalities have offered hotel rooms to those who cannot return to their damaged homes. The Greek Merchant Marine Ministry reports it is coordinating with a cruise ship company to offer offshore temporary housing as well.

"Everything is gone, the road is gone, the water is still flowing and we were flooded again last night and this morning," Paraskevas Stamou, a restaurant owner in Mandra told Reuters. "We are expecting another downpour tonight. It's like God hates us."

In a nationally broadcast statement, Tsipras declared a state of mourning for the country. He pledged that victims would receive all available governmental assistance. Tsipras tweeted from a meeting with national and regional emergency managers saying the disaster offered a lesson: Greece must rebuild infrastructure in a way the ensures this can't ever happen again.