Accessibility links
Chicago Judge Throws Out 15 Convictions On Fears Police Reports Were Dishonest : The Two-Way Defense attorneys call it a "mass exoneration." The men who were cleared say they were framed by police who demanded bribes, and planted drugs on them if they refused to pay. 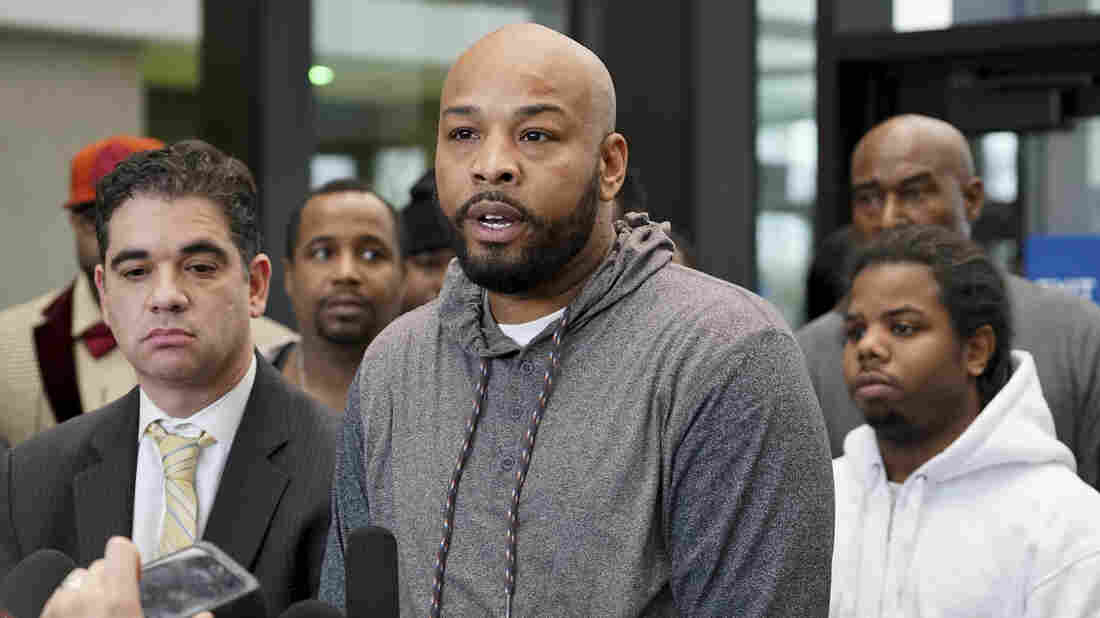 Leonard Gipson, one of 15 men who say corrupt Chicago police framed them and whose convictions were thrown out, talks to reporters Thursday. Teresa Crawford/AP hide caption 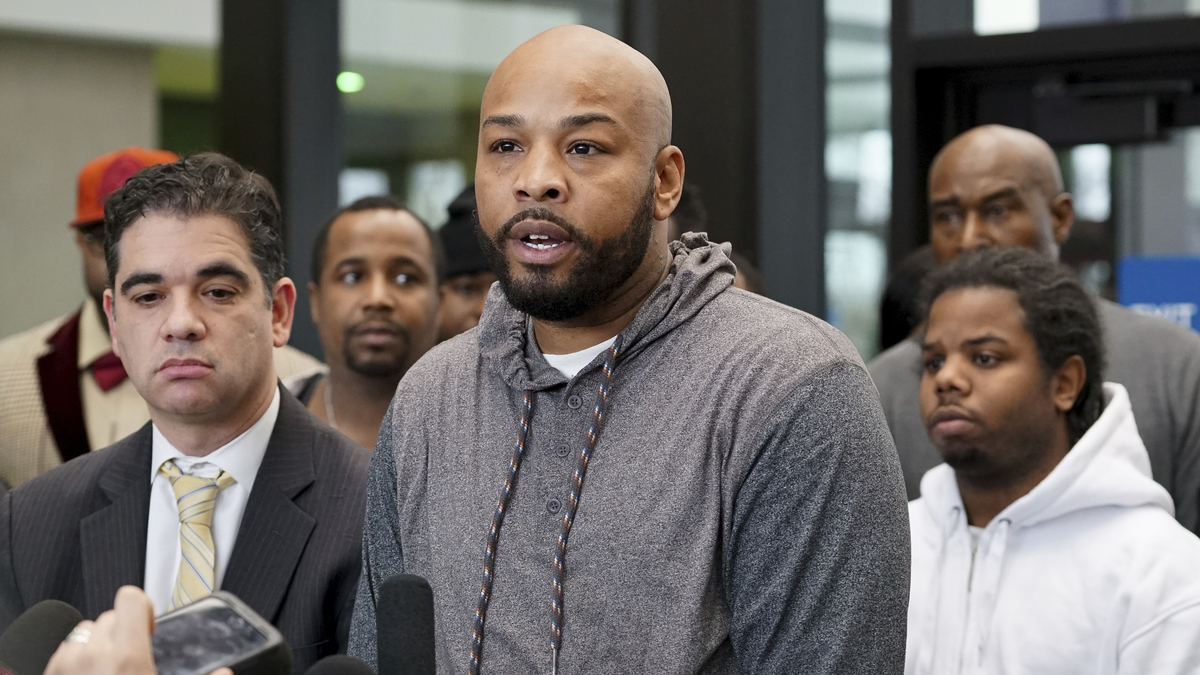 Leonard Gipson, one of 15 men who say corrupt Chicago police framed them and whose convictions were thrown out, talks to reporters Thursday.

Today in Chicago, Judge Leroy Martin threw out the convictions of 15 men in what defense attorneys call a landmark decision and the "first mass exoneration" in Cook County. The men, who all served prison terms, claim they were framed by former Chicago Police Sgt. Ronald Watts and officers under his command. One of the men, Leonard Gipson, spent four years in prison and says Watts would demand money and then drugs on a person and arrest them if he was not paid.

Four years ago, Watts was convicted of extorting money from a drug dealer who turned out to be an FBI informant. Prosecutors in the Cook County State's Attorney office said after reviewing the cases of the 15 men, the office didn't have confidence in the police reports and testimony. They asked the court to throw those cases out and said they are looking into several more that are tied to Watts' command.

Defense attorneys with the University of Chicago's Exoneration Project filed a petition last spring asking for the cases to be overturned. Attorney Joshua Tepfer said it's "extraordinarily powerful" to have prosecutors take that step. He added that Watts was involved in nearly 1,000 cases and nearly 500 convictions which are now suspect.

Thursday's hearing for the 15 defendants came after the release earlier this week of another man in a separate case. Chicagoan Arthur Brown had spent decades in prison for crimes he said he did not commit. The Cook County State's Attorney dropped the charges against him saying an investigation showed there were deep concerns about the fairness of Brown's conviction on murder and arson charges.

In a statement Thursday, Chicago Mayor Rahm Emanuel and Police Superintendent Eddie Johnson said they have zero tolerance for abuse, misconduct or any unlawful action by those who are sworn to uphold laws. They said the actions of Watts must be condemned and they would continue to work to ensure the abuses are never repeated.